The origins of “Googie” design can be traced back to the actual coffee shop designed by architect John Lautner and by the works of his contemporaries. Appearing first in commercial buildings and used primarily in designing restaurants, coffee shops, motels, gas stations and bowling alleys, as well as schools, churches, shopping centers and airline terminals, this style of design was directed at the masses for commercial purposes.

In Los Angeles, where Googie began, the 1930’s brought a large influx of the automobile and service industries. So the design aspects of Googie were heavily influenced by America’s new car culture.

Owning a car meant freedom for the old idea of a central “downtown” and the sprawling suburbs of L.A. grew in every direction. By the 1950’s everyone owned at least one car and fast food drive-ins were appearing in neighborhoods and on roadsides everywhere. Bold, dynamic architecture was used to attract customers whizzing by on roads and highways—to catch their eye—beckoning them off the street. Drive-ins (diners, movie theaters, gas stations) had advanced this car-oriented architectural design.

They were essentially architectural billboards advertising the business to vehicles on the road. By using distinct styling, high energy silhouettes, large pylons with elevated signs, bold neon letters and circular parking lots the architecture worked to make the most of strip malls and other roadside location while allowing customers easy access from their cars.

The Wich Stand drive-in/restaurant was a classic example, if not a masterpiece, of this style of coffee shop architecture. Designed by Armet and Davis in 1958, the firm that is said to have “defined ‘50s Googie architecture”, and who also designed Pann’s, the first Norms Restaurant, the Holiday Bowl and many other iconic locations.

The Wich Stand’s design, with sweeping roof, glass walls, and sign pylon piercing the ceiling up to the sky, reflected the essential components included in Googie architecture: Upswept roofs which allowed larger glass windows up and could make a structure look as though they were about to take off and fly; large sheet glass windows making the building itself a living billboard to drivers on the streets outside…a major consideration now that car travel was a key element of commerce; and exposed steel beams – usually more about form than function, painted steel I-beams often had geometric holes cut in them (Swiss cheese) which served the dual purpose of making them lighter and enhancing their visual similarity to rocket gantries.

The Which Stand closed in 1987 but within a year or two the Modern Committee in Los Angeles was successful in having the Wich Stand designated as a “California State Point of Historic Interest.” Today it is Simply Wholesome, a health food restaurant and store.

But in the early 1960’s, the Wich Stand was “the place” to be on a Friday or Saturday night. “The Stand” was the hot rodders paradise. If you had a cool car with loud pipes and wanted to show it off, then you went to the Wich Stand. Located on Slauson at Overhill in the Ladera Heights area, young people came from the South Bay, from the Valley, Pasadena, literally all over Southern California to cruise the Wich Stand.

In 1963, Brian Wilson was a young man living in L.A. who was also very familiar with the Wich Stand. At the time he was part of a band called the Survivors (besides being in The Beach Boys) and wrote a song called Wich Stand, written about the infamous drive-in. “Wich Stand” was the first of three songs written by Brian for the Survivors (1. Wich Stand, 2. Pamela Jean/After the Game, 3. Joy Ride Cruise).

“Wich Stand” (Lyrics here) was recorded on August 5, 1963, at Gold Star, at the same session where Brian cut the two instrumental tracks, “Girlie” and “Hot Harp.” According to Dave Nowlen, musicians present at the August 5th session were David Gates, who played bass, Steve Douglas and Jay Migliori (two session sax players mentioned by Nowlen), Brian Wilson, Bob Norberg, who played guitar, and Maureen Love, who would have played harp on “Hot Harp.” But supposedly Capitol Records rejected “Wich Stand” because it sounded too much like The Beach Boys.

Dave Nowlen, who sang lead on the song, said in an interview, “Neither Bob (Norberg) or I recall who came up with the suggestion about a male group. Brian (Wilson) was open to producing a record for us and writing it if necessary. To that end, he sat down and wrote a song called “Wich Stand.” That was a restaurant, like an A&W, a drive-in on the one end of town. On the other extreme end of town was the A&W. The guys used to take their fuel-injected suped-up cars and race from the Wich Stand to the other end of Inglewood to the A&W.

That’s where anybody with a fast car hung out. Everyone from the L. A. area knew about the Wich Stand. The Wich Stand and the A&W on Hawthorne Boulevard were the two places in town to be seen if you had a hot rod, or just wanted to check out some of the local teens. At any rate, we went into the studio and recorded “Wich Stand,” which Brian had written.”

Bringing Brian Wilson into the Googie picture makes me ask…had the song “Wich Stand” been accepted by Capitol and been released, how would this have affected the plight of Googie architecture? Knowing that Googie has never really gotten the respect it deserves, would this song have been a big enough platform for Googie to elevate it from “kitschy” to the level of acceptable design it should have always been given? Would the Brian Wilson component have changed the path for Googie?

Take for example the song “Fun, Fun, Fun”. This song not only told another story the car-culture lifestyle, but more importantly immortalized the Thunderbird brand for generations. With the words Wich Stand prominently in the lyrics, would the song have also immortalized Googie architecture? Would Googie have become mainstream? What direction would this design style have taken? I would love to think that the song would have lengthened the life of Googie style and even expanded it into areas I can only imagine. I suppose I’m visualizing an alternate future but a plausible one, but only with the help of Brian Wilson. 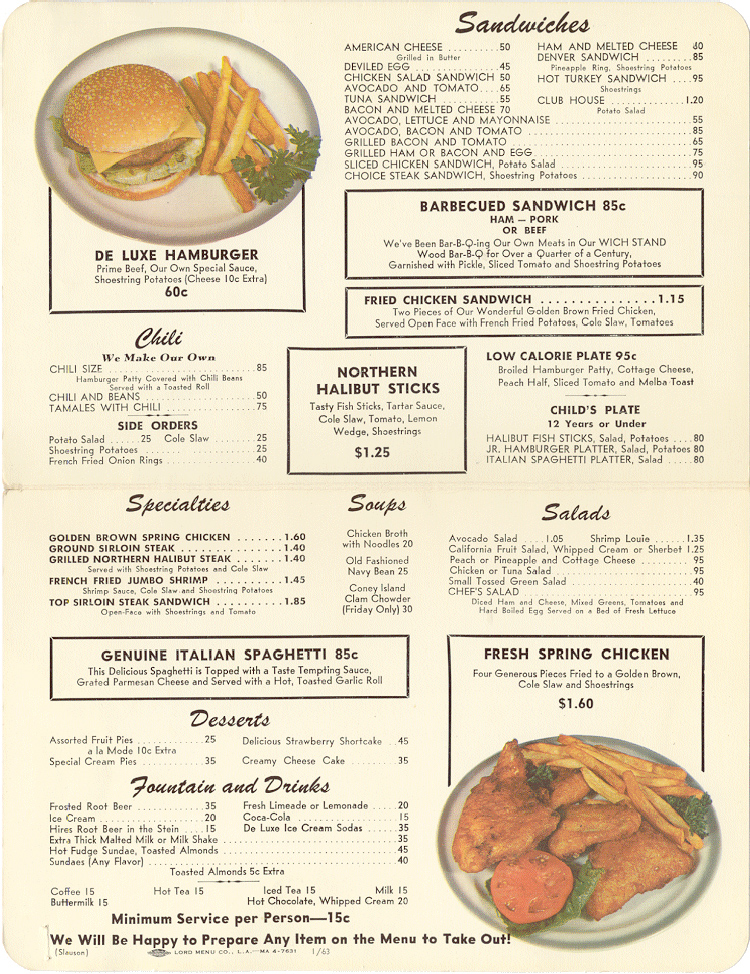 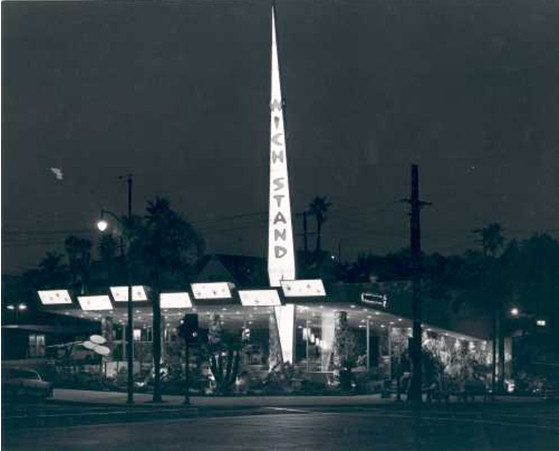 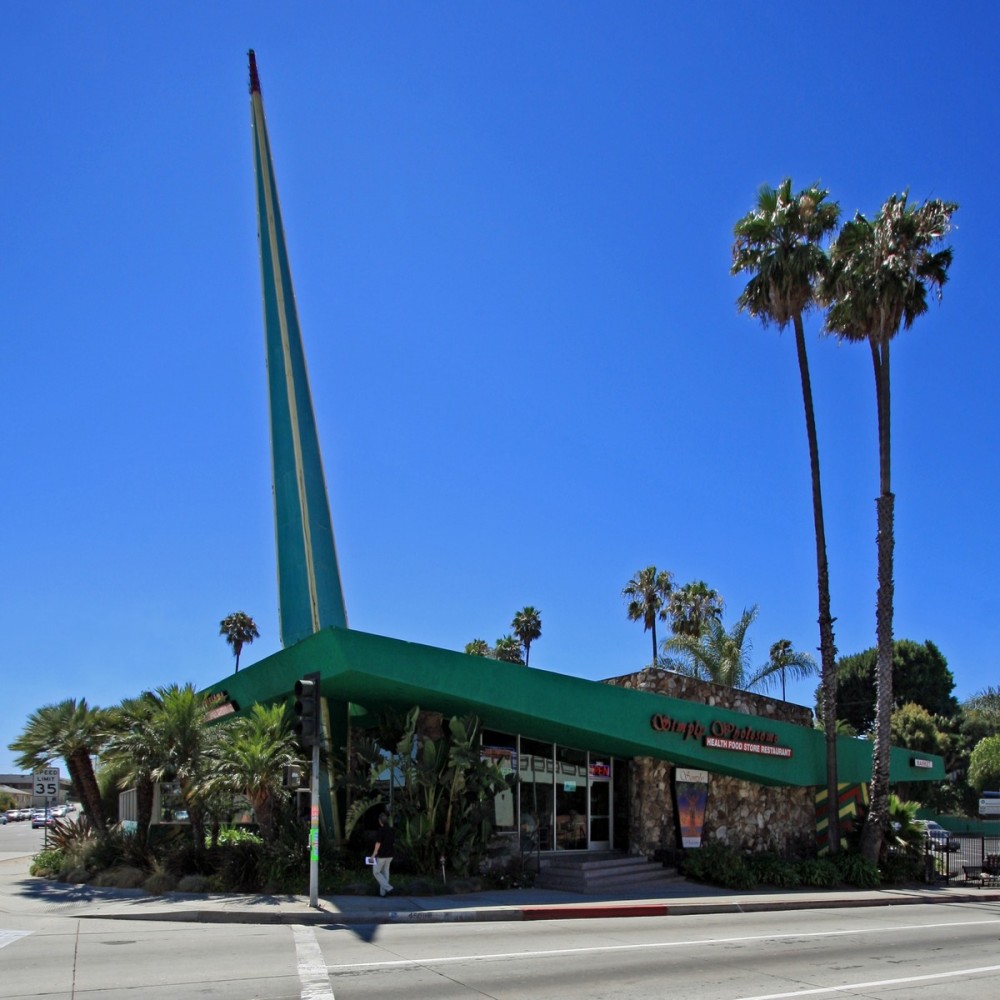 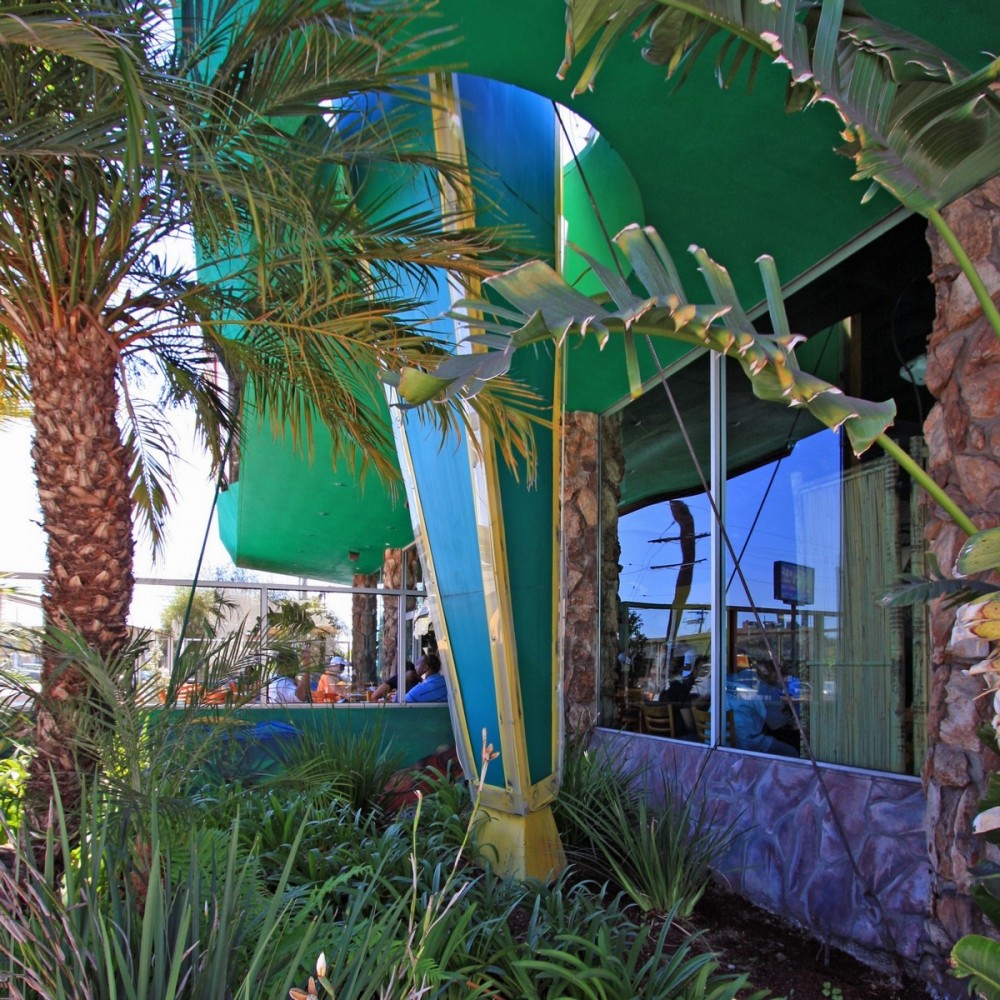 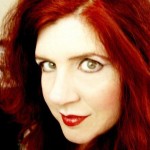