My introduction to Dudley Moore was with the 1978 film “Foul Play”. The film starred Chevy Chase and Goldie Hawn in a well-written homage to Hitchcock and featured a dwarf, an albino, a kung-fu fighting Burgess Meredith (The Penguin in Batman), and a papal assassination. But the hero of the film, at least to this pubescent boy, was Dudley Moore as Stanley Tibbets.

Stanley is a hairy-chested, disco dancing ladies man – sans the lady. Seeking protection from a killer albino, sweet, innocent Gloria Mundy (Goldie Hawn) bumps into Stanley at a night club. Stanley misunderstands her request and takes her to his “beaver trap” apartment, regaling her with disco music, a mirrored ceiling over his bed, a blow-up doll, and other related paraphernalia.

His scene stealing role in “Foul Play” led to even more success in the early ’80s HBO staples “10” and “Arthur.” Following his tremendous success in films were several bombs. He ultimately suffered and succumbed to a horrible disease. But let’s turn back to a simpler time – when alcoholism was comedy gold.

Born the son of a working class father, Dudley’s club foot and musical proclivities didn’t impress the elder Moore. Much like my love of snack cakes, Dudley had a passion for music early on in life and showed he had a tremendous ability to press piano keys in a way that made pretty sounds. At the age of 25, through a musician friend, Dudley became a member of the comedy troupe Beyond the Fringe. Within this group, Dudley met his longtime comedy partner, Peter Cook.

Through various incarnations such as the characters Pete and Dud and Derek and Clive, on television in the series “Not Only But Also”, and in films like “Bedazzled” and “The Wrong Box”, Dudley Moore and Peter Cook changed the way the British laugh, from a murmured chortle into a boisterous guffaw. Monty Python owed, and paid, Moore and Cook a tremendous amount of gratitude for their influence. In the mid-70s, Dudley moved to Hollywood and you know the rest.

But my favorite facet of Dudley, apart from the randy Englishman in Foul Play, is as the founding member of the Dudley Moore Trio and with his musical scores for films such as Bedazzled (download link). Using the superlative musical talents he adopted in his youth, Dudley became a marvelous improviser of jazz and a composer of some delightful lounge music. 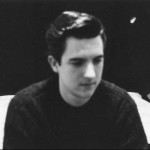