The name’s Binder, Maurice Binder. You may not recognize the name but you’d know his work if you saw it. The opening sequence of James Bond looking down a gun barrel is one of the most iconic moments in film history. Through saturated colours and tantalizing silhouettes, Maurice Binder created the most memorable, eye-catching title credit sequences of the 20th century for the James Bond film franchise.

Binder spent the first half of his design career in New York as a graphic designer in advertising, eventually working his way up to Advertising Director for Macy’s department store. Seeking a challenge, Binder turned his attention to film. In 1958, he struck up a working partnership with director Stanley Donen, designing title sequences for Indiscreet, The Grass is Greener, and Charade.

His most recognizable work appears in the title sequences for 14 James Bond films. With the exception of From Russia with Love and Goldfinger (which were designed by Robert Brownjohn), Binder worked with the James Bond franchise from 1962 until 1989. Binder’s Bond sequences were bold yet languid, capturing the viewer’s attention and setting the stage for the cinematic adventure ahead. Perhaps the most memorable—and often spoofed—aspect of Binder’s titles is the sexy feminine silhouettes. His use of agile women was always suggestive but never lewd. He seemed to celebrate the female body rather than objectify it.

By using similar colour palettes and silhouettes through the opening credits, Binder was able to retain consistency across the James Bond series, easing the transition between four different Bond actors.

Over the course of his career, Binder worked on over 100 movie title sequences. Binder was unafraid of experimenting with colour, typography and photography to set the mood for a film. He was also willing to spoof himself a bit, which he handled deftly in the opening credits for the third Harry Palmer movie, The Million Dollar Brain.

After battling lung cancer for several years, Maurice Binder died in 1991. He left behind a collection of opening credits that are as engaging and timeless as the movies they precede.

A short documentary about the James Bond titles and Maurice Binder, Silhouettes: The James Bond Titles, appears as an extra on the DVD of On Her Majesty’s Secret Service. It can also be viewed on YouTube. 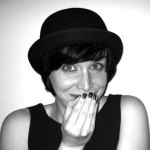