Home » Film » What Is So Nostalgic About the Classic Bond Movies? Sean Connery as James Bond, flaunting a white tuxedo in Dr. No

Although modern times are full of convenience, there is still something almost inexplicably charming about certain eras past. And thanks to pop culture and the windows it provides us into the past, even many who were born not so long ago might find themselves longing for the “good old days” of simpler, “golden-era” western culture. And the James Bond franchise can inspire these longing feelings as well as anything.

We’ve touched on the merits of James Bond as an important cultural influencer previously, but in this follow-up we’re going to think back on what specifically gives this timeless series such a palpable sense of nostalgia.

The Sense of Style

While characters in the older Bond movies would certainly look overdressed in most modern contexts, they definitely don’t look bad by any standard of fashion or beauty. Virtually every character of note in the classic films wore long evening gowns and suits even for relatively casual outings – which we simply don’t see anymore. Red lipstick isn’t seen as frequently on women, and a lot of young men think wearing salmon-colored shorts and polo shirts constitutes “dressing up.” Obviously there are benefits to a a more casual society – such as more affordable and comfortable garments – but the pure, refined, high-end style of the older Bond films (and the newer ones for that matter) can make you wish you lived in a world in which you could still dress up similarly.

Spending an evening at the casino used to be one of the best high-class things you could do on a big night out. Everyone dressed up, drank fancy cocktails, and played great, competitive table games until late into the night – and this is a world the Bond films allowed us to participate in vicariously. Today’s casino culture, meanwhile, is entirely different, and operates largely in the digital realm. Advanced online casino sites from Ireland and the UK handle business from all over the world – which is fun and convenient, but which has also changed the image of the casino gamer from Bond in a tux at a poker table, to a guy in sweats at his computer screen. This dramatic shift in atmosphere contributes to why some Bond films – those with poker scenes, at any rate – seem so firmly rooted in a more authentic time.

One thing particularly cool about the older Bond films in particular is the action that takes place in all of them. Many of these films came out before CGI, which meant that action sequences were actually performed by real human beings (even if that often meant professional stunt doubles). This naturally made everything feel more realistic, and made audience members think that maybe they too could fight off bad guys, or drive a fast car in a tense situation. This isn’t necessarily the case now though, with so much technical enhancement of action scenes, and so many silly effects in fights. While this certainly allows for a lot more creativity in modern films, it takes away some of the excitement of knowing that a real person was able to pull off the stunts.

If you’re interested in James Bond, you’re undoubtedly familiar with the tongue-in-cheek, pretentious drink description, “shaken, not stirred.” This was part of a vodka martini order that became Bond’s staple over time, but which was first infamously uttered by Sean Connery in Goldfinger. Simply put, this isn’t how most young-to-middle-aged people order drinks these days. We’re living in an era of exhausting selections of craft beers and low-calorie spiked seltzer, leaving cocktails and spirits on the back burner. There’s even a pink lemonade-flavored beer on the market, which might just have made Connery’s 007 hang up his tux and retire to the country in disgust! And as much as spiked seltzer may appeal to us from a health standpoint, there’s something deeply appealing about a world in which a specific martini order is the norm. 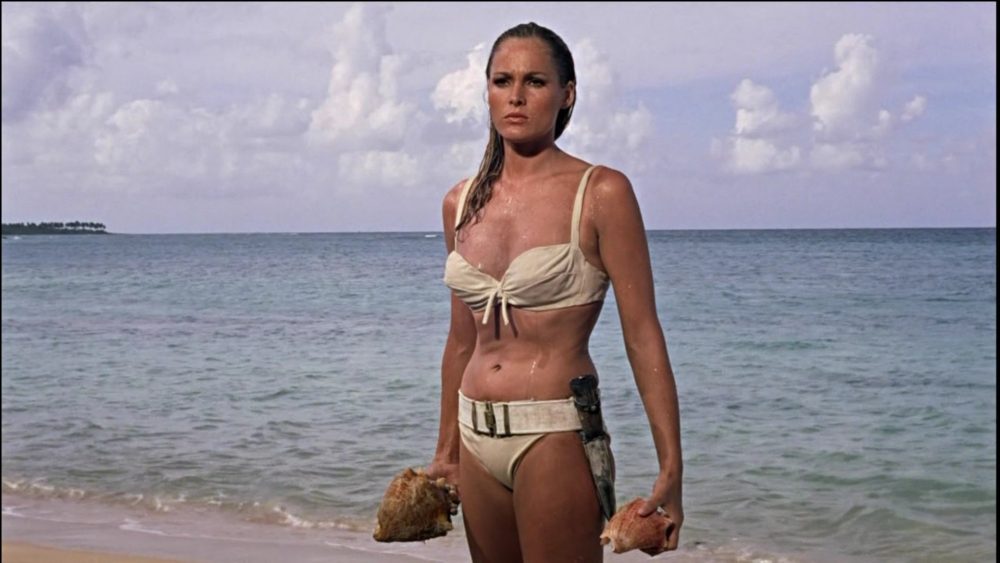