Mid-Century Modern design began making its mark in the 1940’s and on through the 1980’s. It left its biggest impact, however, during the 1960’s and 1970’s when the world was going through drastic changes in terms freedom of expression, which could be seen and felt politically, socially, and culturally.

While mid-century modern design may have made an impact in the 60s and 70s, it is by no means a chapter that has ended in the world of interior design. Design enthusiasts are still after this classic design style. If you fall into this group of design-savvy folks, read on to learn three elements that can help marry mid-century modern with 21st century chic.

Wall-to-wall shag carpeting was the go-to in nearly every home of the 60’s and 70’s. Furthermore, shag carpeting in bright colors was even more at the height of popularity. To blend this iconic mid-century modern design element with your 21st century home, don’t go the wall-to-wall route. Consider placing one or two shag rugs over hardwood floors in main areas of the home, such as the living room or master bedroom. Lucky for you shag rugs are making a comeback in the design world, so finding a quality shag rug for your living area should be a piece of cake.

Colors were bright and bold in the 1960’s and 1970’s. Not only were colors bright and bold, but they were literally everywhere throughout the home. Most notably, colors such as “avocado,” “mustard,” and “tangerine” were dominant in interiors. In order to bring those vivid colors of the 60’s and 70’s into your space and make them your own, start with a neutral color palette and incorporate color through accent walls, throw pillows, or brightly colored art pieces (preferably with geometric shapes) on focal walls.

Wallpaper was another design staple of this era; some brightly colored, others with intricate patterns, while others still combined both. While wallpaper was virtually abandoned after the 1980s, it is seeing resurgence in popularity. When it comes to wallpaper, think about it in measured doses for your home. Furthermore, make sure it follows the theme and color palette you’ve established in your home. Wallpapering an accent wall will help add visual interest without overpowering the room.

With these three elements, you’re well on your way to effortlessly blending styles of yesterday and today in your home. You can even take this quiz by GoHaus.com that helps guide you to your ideal era for interior design below. 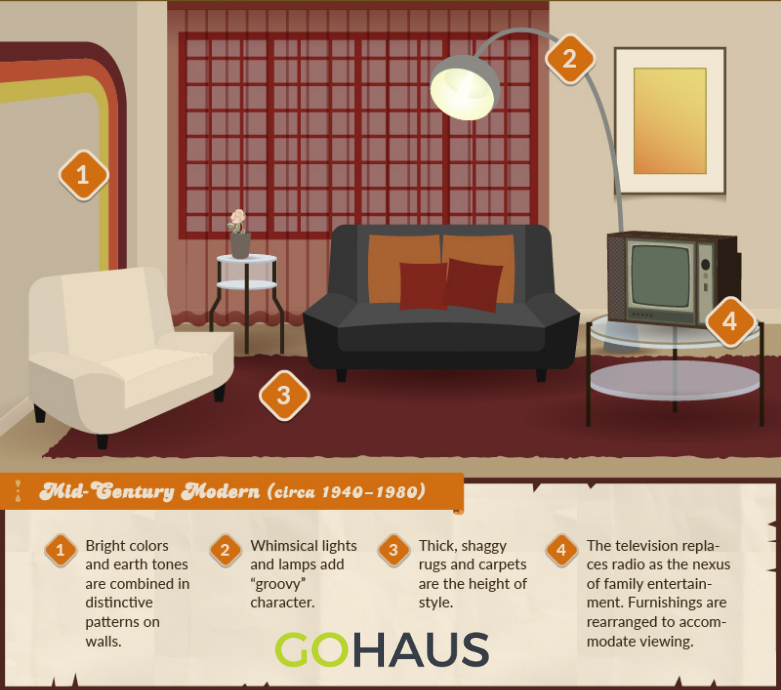 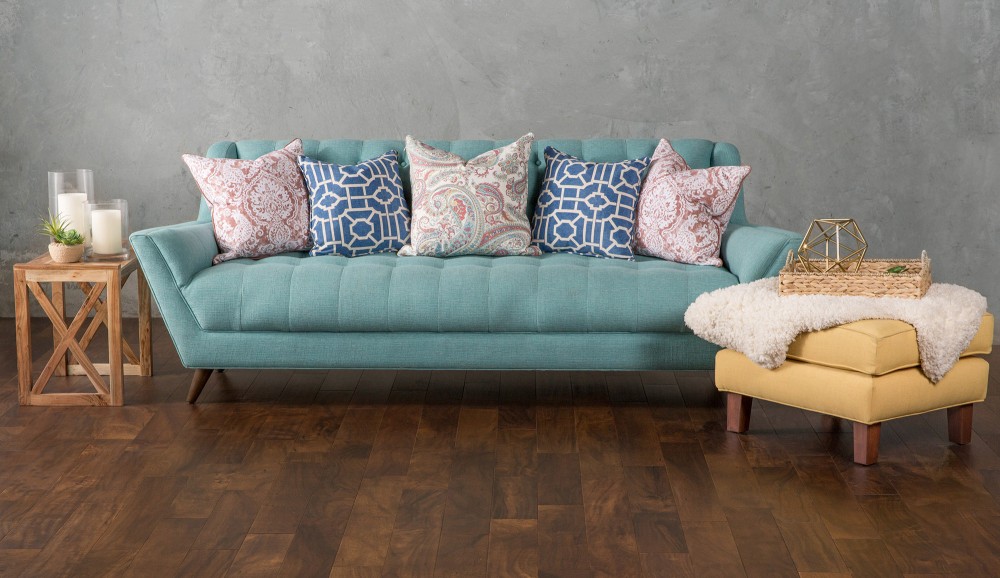