American jazz vocalist Shaynee Rainbolt contacted me a while back having seen one of my compilations which features songs by legendary musician and composer Russell Garcia. It turns out that she is not only a fellow fan of his but also worked with him on her latest album entitled Charmed Life: Shaynee Rainbolt Sings Russell Garcia.

Russell, now 92 years old have been living on New Zealand with his wife since 1971 where Shaynee traced him and not only convinced him to arrange and conduct her album but also add his Four Trombone Band to the recording session. The result is a elegant, sexy and dreamy 16-track album with laid back jazz rhythms, swingin’ melodies and fast paced scat-singing which will with no doubt add the perfect mix to any cocktail gathering and let you be a part of a more elegant era.

I am especially thrilled to hear new recordings of two songs from Russell’s legendary vocal group album Sounds in the Night released in 1957 (recently re-released on CD by El Records) which has to be one of the most hauntingly beautiful albums ever recorded and definitely one of my all-time-favorites. Charmed Life: Shaynee Rainbolt Sings Russell Garcia can be obtained from CD Baby for just $9.99 for the MP3 version and $15.99 for the CD version.

Audio previews of all the songs are also available through them. Only thing I regret right now is that I forgot to ask Shaynee to sign the CD because I have a hunch that she will make it to stardom very soon!

Thank you Shaynee for letting me be a part of your charmed life.

Buy the album from CD Baby 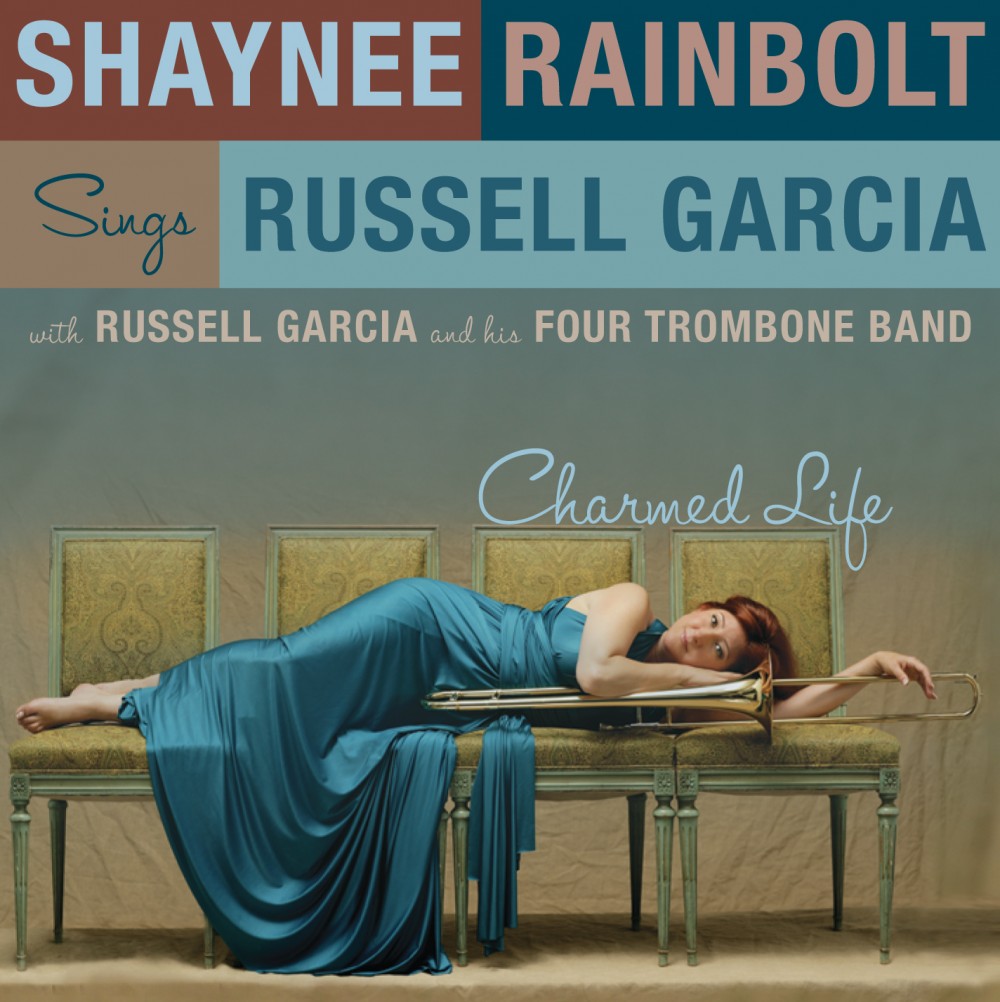