Home » Music » The Man from Organ Originally developed in the 1930’s as a cheap alternative for small churches that could not afford a pipe organ, the electric organ became a fixture in millions of suburban homes during the 1950’s and 60’s. Along the way this all purpose instrument produced the melancholy soundtrack for countless soap operas, kept the beat at roller rinks and eventually was dipped in ‘acid’ and mutated into the keyboards of rock n’ roll and soul.

In the prosperous post war world, Lauren Hammond’s invention became the space-age equivalent of the piano in the parlor. Maybe the kids would put away that jungle music and gather with Mom and Pop around the Hammond for an old fashioned sing-a-long? The Hammond combined the nostalgia of home-made entertainment with the space-age. It was electric! It had more push buttons than a driveway full of Vista-Cruisers!

The flagship model ‘B-3’ could be manhandled into remarkable groovieness, especially with the addition of the ‘doppler-effect’ Leslie speaker (that strange revolving radar thing off to the side at rock-concerts). Strange mesmerizers like Korla Pandit used it to introduce tranced out TV audiences to early ‘exotica’. Big label artists like Dick Hyman raked it in with hits like “Man From Organ” (no names or titles were changed to protect the innocent!). Every cocktail club and dinner joint with pretensions had a guy in sequined jacket stationed in a corner with his ‘B-3’. The earliest malls all had a Hammond store with a way to happy salesman out front playing away. Like a live ‘elevator music’, with out the going up and down.

There were so many album titles featuring ‘The Magical Sound of the Hammond Organ’ that they must have been subsidized by the company. “If you can play our organ than you can make a record… sign here!” Next to harmonicas, Hammonds account for the ‘best of’ the cheesey, corny vinyl of the Populuxe period. Truth to tell I love the sound and some of the best have a strange, hypnotic sophistication.

I do not remember anyone ever playing the electric organ that sat in our living room. Except me. I didn’t know how to play music. But the thing could make all kinds of weird spacey sounds. And- it had a whole lot of buttons. 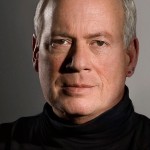