Let Hertz put you in the drivers seat

Today I was cruising Sydney’s freeways in the 1965 Valiant, the car hugging the open road and me confidently accelerating past people as they went about their business, me, I was enjoying the simplicity of the basic drive experience, one that was devoid of technology that rob me of the true driving experience.

The music from my stereo blared as I was enjoying a beautiful day and on the AM radio Frank Sinatra’s “Strangers In The Night” seeped from the speakers and my mind started to wander as I pondered how many times this car, in this life, has heard this song on its radio.

Classic cars are funny because in many ways they are lucky cars. Reality is that eventually most cars will be junked, perhaps rust away or be written off in an accident, that’s what makes these cars so special and just like my 1965 Valiant they’ve managed to survive, potentially they could last forever.

Today I considered how many other owners my car has had, I don’t know, but I imagine it’s quite a few. Who were these people who once drove my car and where did she travel to? It’s a fascinating concept thinking about an unknown history of a vehicle, one that has lived through the political upheavals, social upheaval, and the cultural and motoring changes of the last four decades.

She could have been largely neglected by one owner and then loved by the next owner, she could have been treated roughly by one and left out in the elements or have lived in a garage. It’s the randomness of life and people that makes these cars truly lucky cars.

It boggles the mind when you think about the momentous events the car might have been part of – perhaps the conception of a life, a bank robbery, inadvertently killing somebody or simply transporting a happy family about the suburbs.

Regardless of what life a classic car has lived, one thing remains, they are all truly lucky cars. 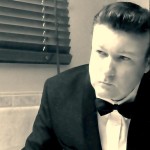