This is Los Angeles International Airport (Jetport), it was built in the late 1950s and was at the time one of the biggest airports in America. They first envisioned it to be even bigger in the anticipation of the “jet age” with lots of terminals and buildings connected through a huge steel-and-glass dome building but the plan was deemed unrealistic and scrapped.

Instead the famous LAX landmark “Theme Building” was built. It was designed by architecture firm Pereira & Luckman who made it resemble a UFO that had landed in the middle of the parking lot. The building still stands there today and with its Googie designed look it should attract anyone with a interest in retro futuristic design. It also features a restaurant called “Encounter” which opened in 1997.

At one time the roof of the building was open for spectators but it was closed due to security concerns after the 9/11 attacks. 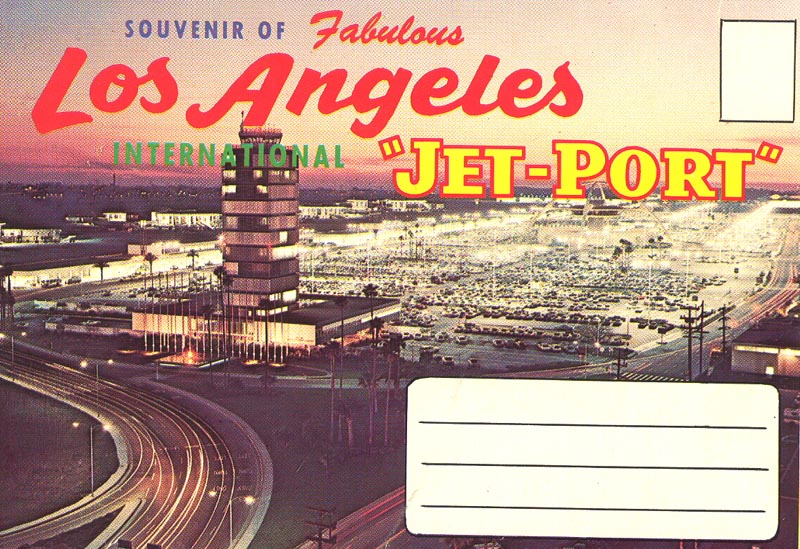 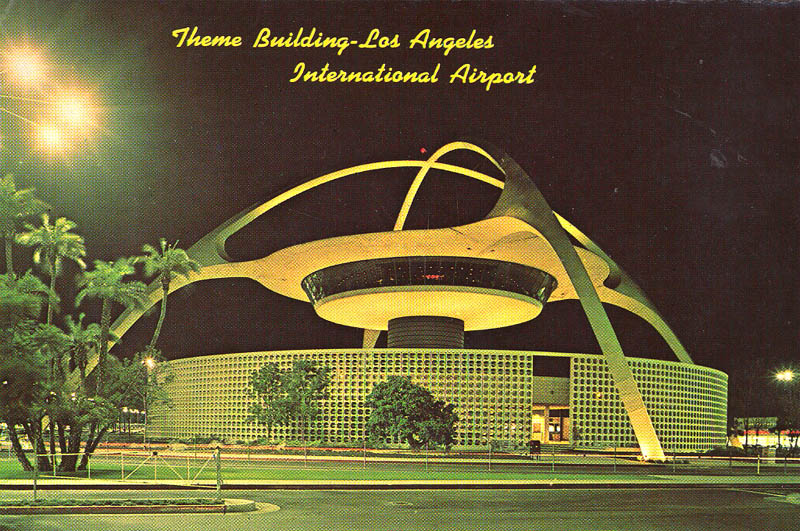