As we see more and more public spaces become smoke-free, it’s easy to forget that smoking wasn’t always considered hazardous. In the days when it was socially acceptable to smoke, cigarettes were advertised on television and endorsed by popular celebrities and cartoon characters.

A carton of cigarettes was considered an appropriate gift for children to give their fathers. In the Mad Men universe, where smoking is the norm and SCDP’s biggest client is a cigarette company, the oddest thing about Roger Sterling distributing cartons of Lucky Strike to his employees is that he’s wearing the Santa suit while doing so.

To modern eyes, the idea of giving someone a carton of cigarettes is foreign. In reality, Lucky Strike and other cigarette brands ran advertisements encouraging consumers to purchase cartons as gifts during the holidays. In the 1930s, Lucky Strike ran a campaign showing Santa Claus himself enjoying a smoking break while endorsing the gift of cigarettes. Were these campaigns really effective? 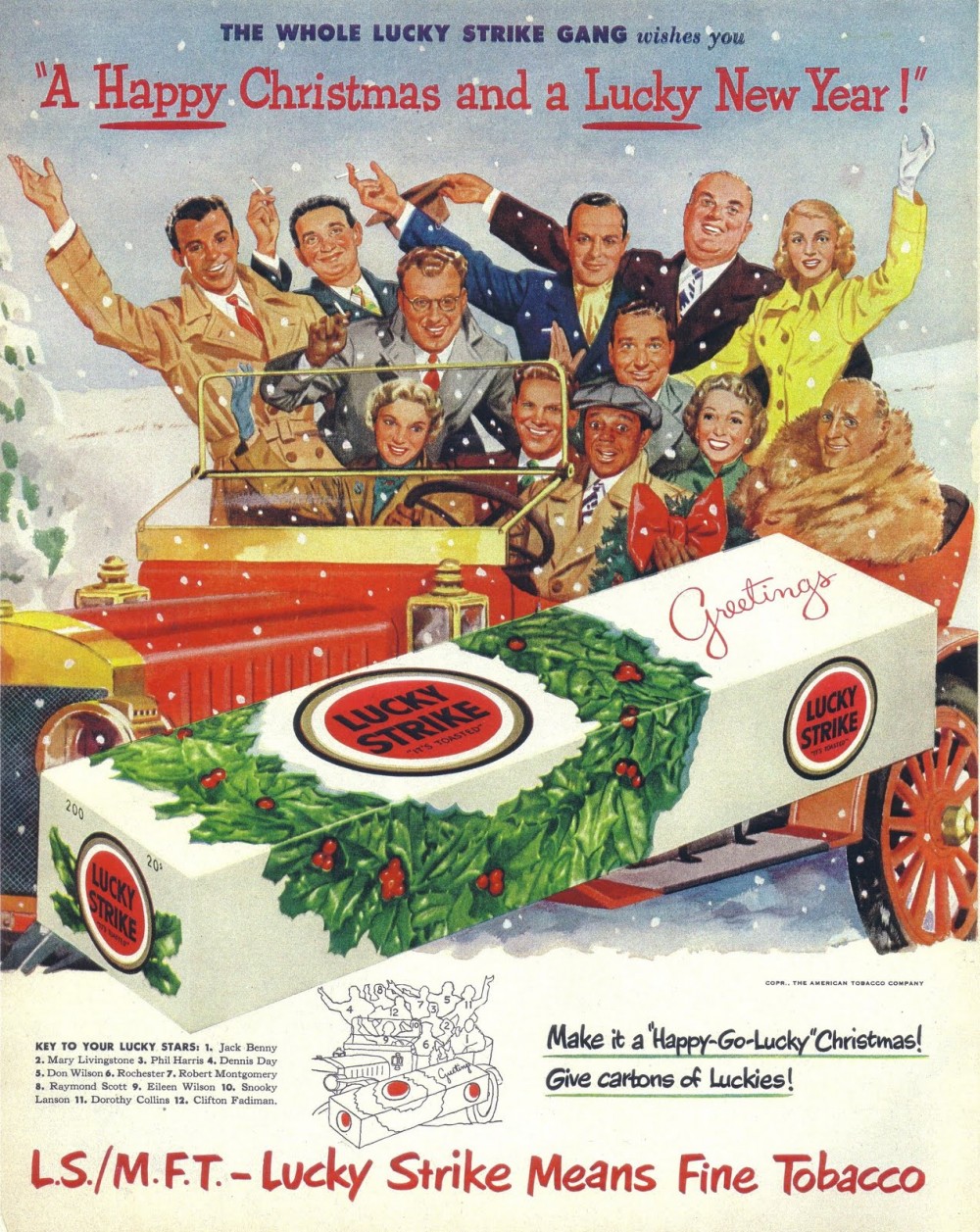 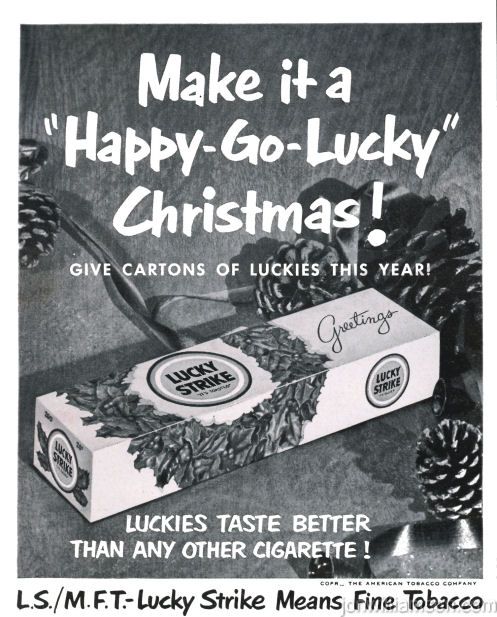 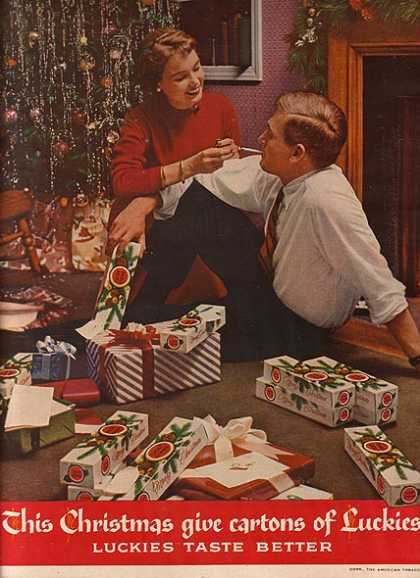 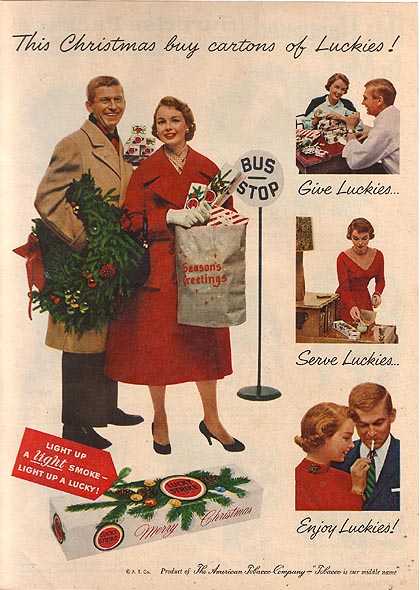 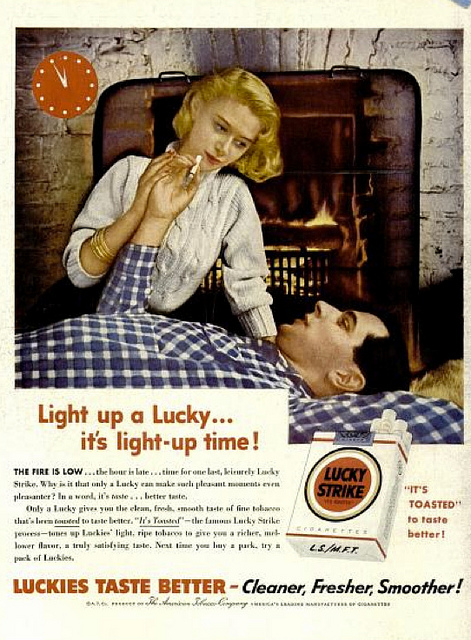 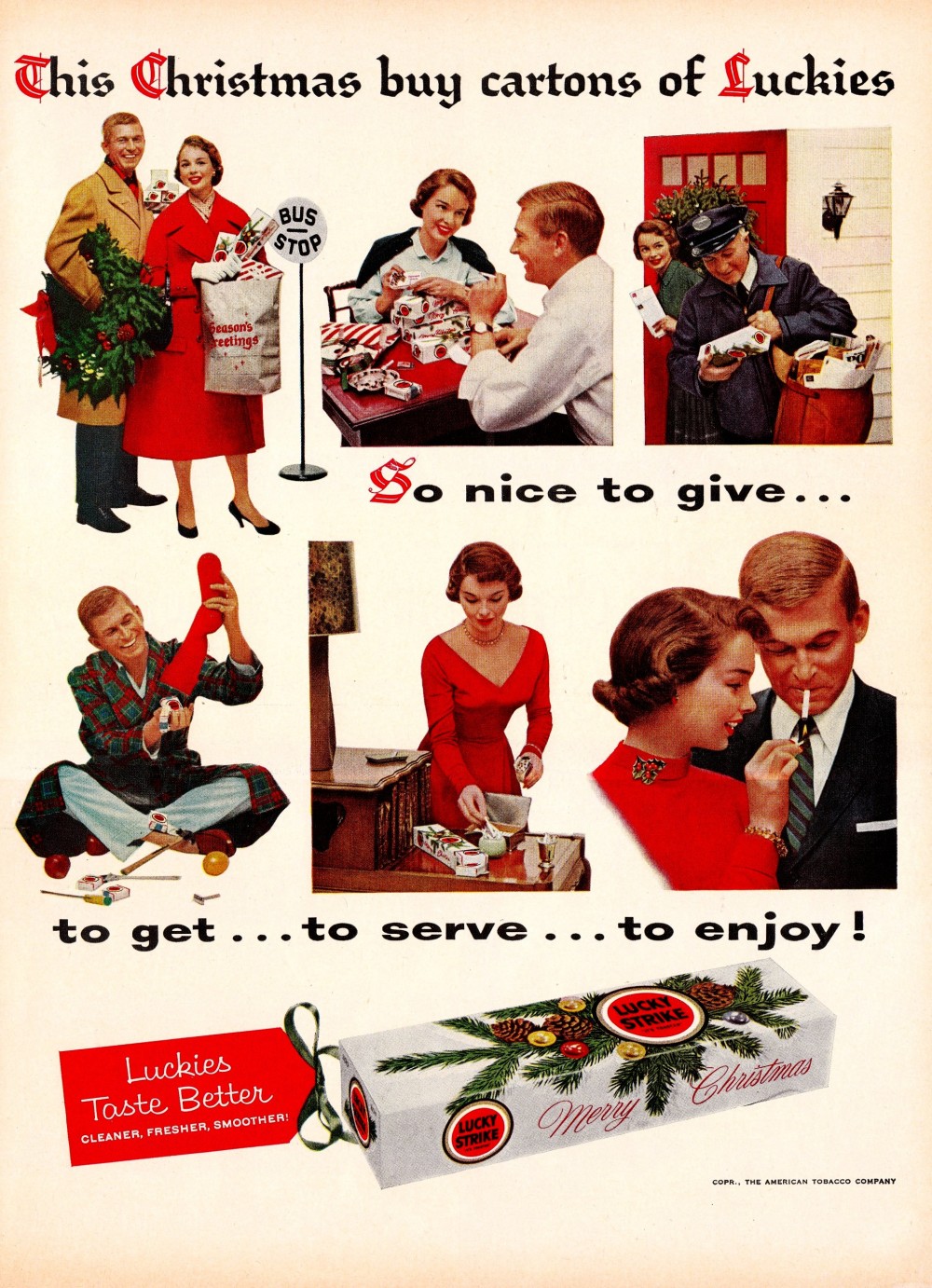 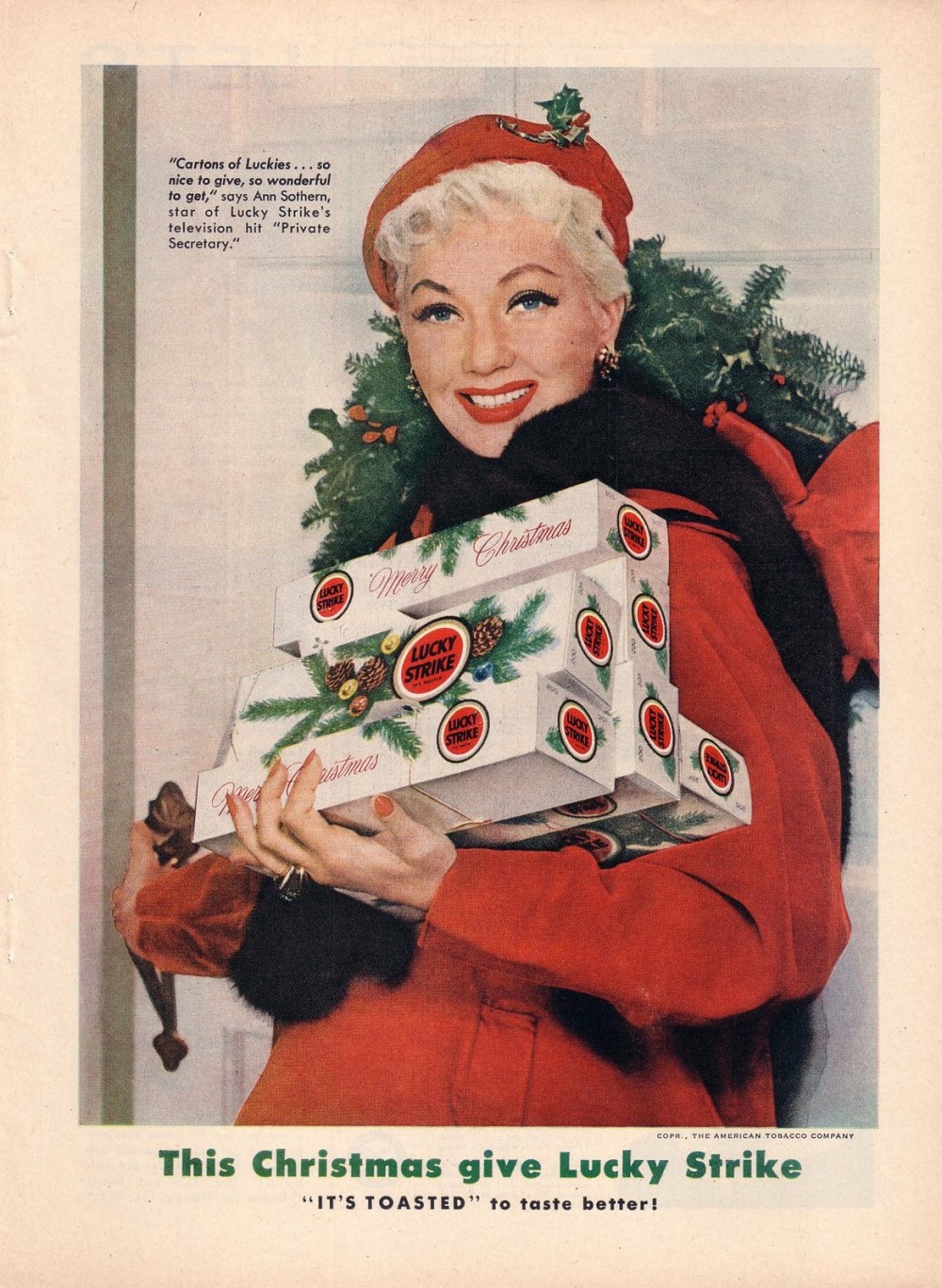