Men Who Plan Beyond Tomorrow

What were they thinking? These planners of a future, that was so futuristic, it was even ‘beyond’ tomorrow? Were these marvels of a better world to come? Or did they drink too much of their beloved Seagram’s whiskey before they sat down at their drawing boards?

To be sure; many of the marvels forecast in Seagram’s 1940’s series of magazine advertisements have come true. Cell phones and TV Sports bars are two examples. But prophesying future technology is a risky venture. The Men Who Plan Beyond Tomorrow (MWPBT) actually do a pretty good job. Their average is better than Jules Verne who imagined nuclear submarines in one novel and in the next manuscript a hollow Earth populated by dinosaurs!

Technological forecasters beware! Needs can get confused with fantasies and applications can come out strangely skewed. My color TV is great, but I don’t need it to print the newspaper because I’m too busy watching TV! Moving sidewalks look complicated and expensive when everyone has a highly advanced personal device called a set of legs! And although we all bitterly lament the lack of flying cars in our lives, we know that instead of relieving traffic congestion we’d have thousands of flaming Buick’s raining from the skies!

MWPBT is really a study in optimism published at a time when hope for the future was badly needed. Seagram’s ran these ads during World War II and immediately after. Machines and wizard like technology had killed millions and shattered much of civilization. The MWPBT longed to see their wonderful inventions not destroying the world but building a better tomorrow. It is to the credit of Seagram’s and their advertising agencies that the focus of these ads is not really whiskey but a better and brighter future. 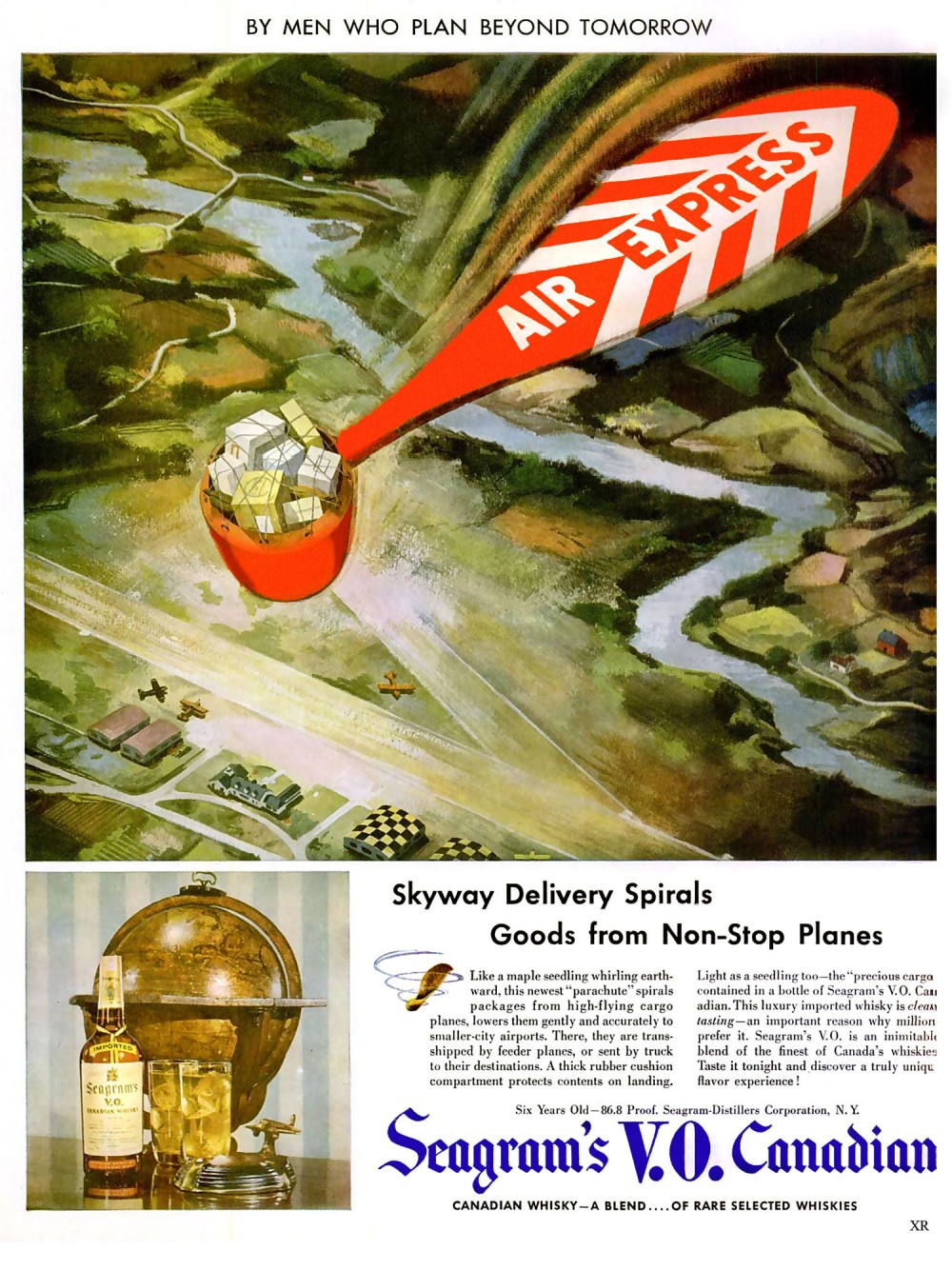 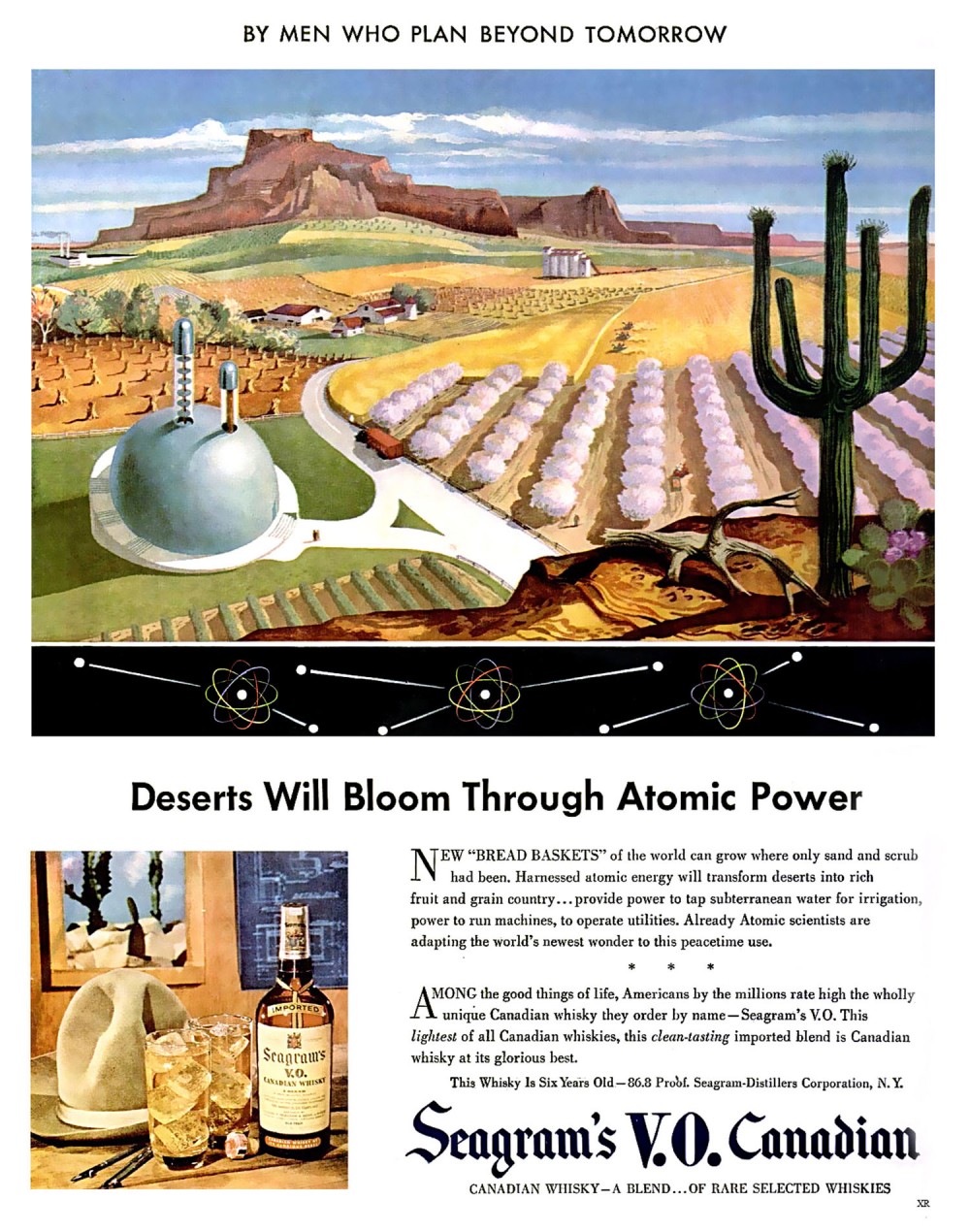 Above: 1947 – MWPBT Deserts Will Bloom Through Atomic Power 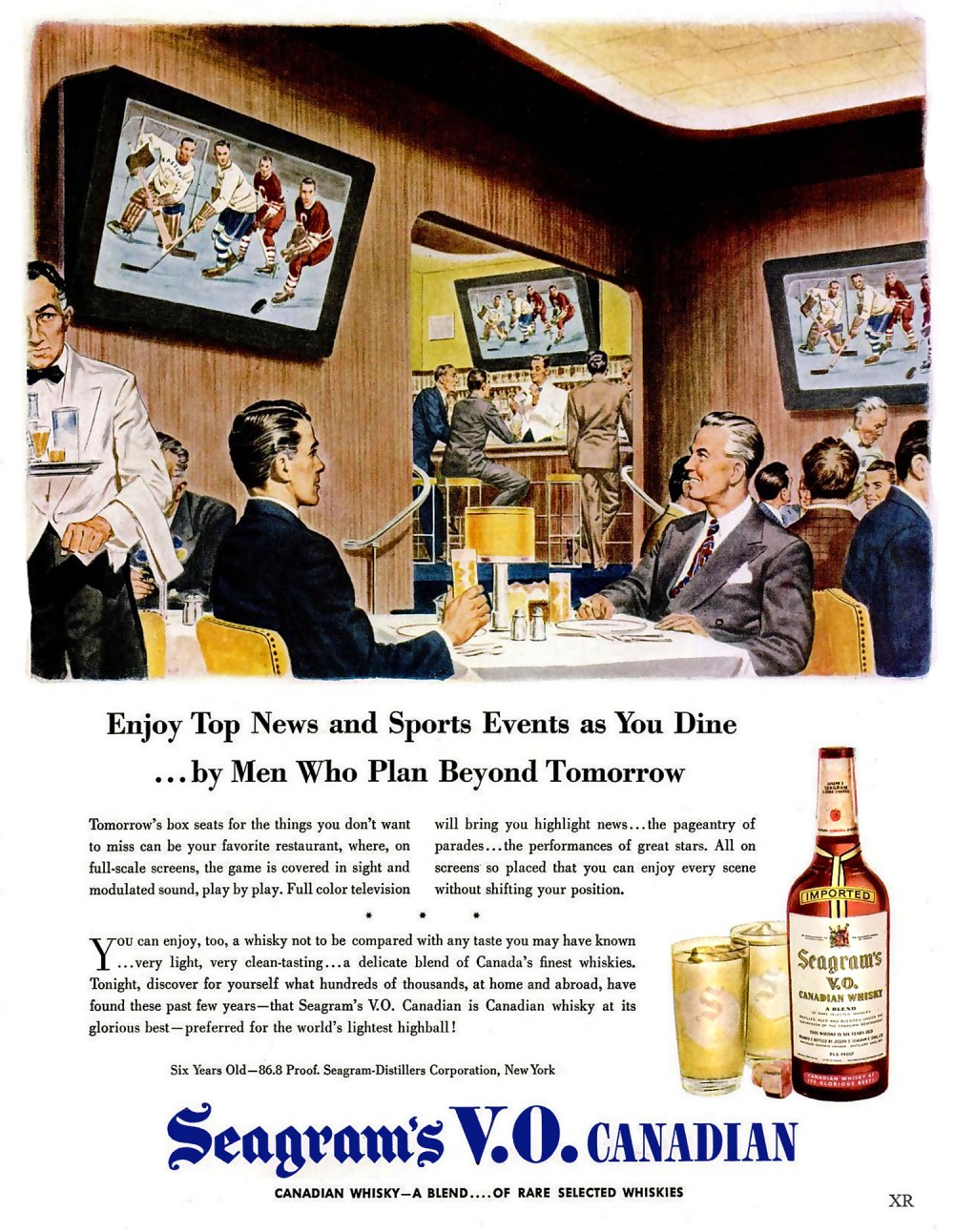 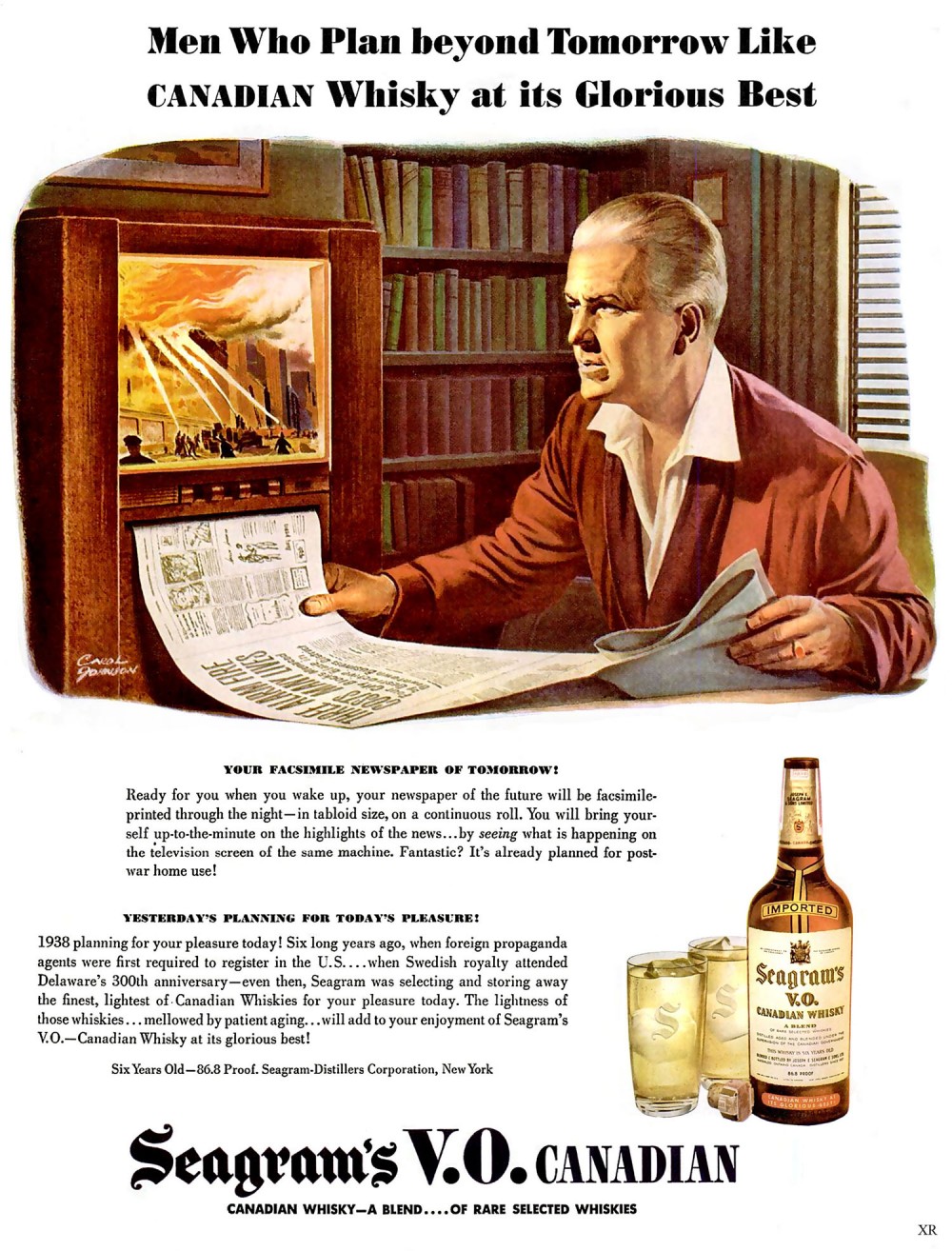 Above: 1944 – MWPBT Your Facsimile Newspaper of Tomorrow 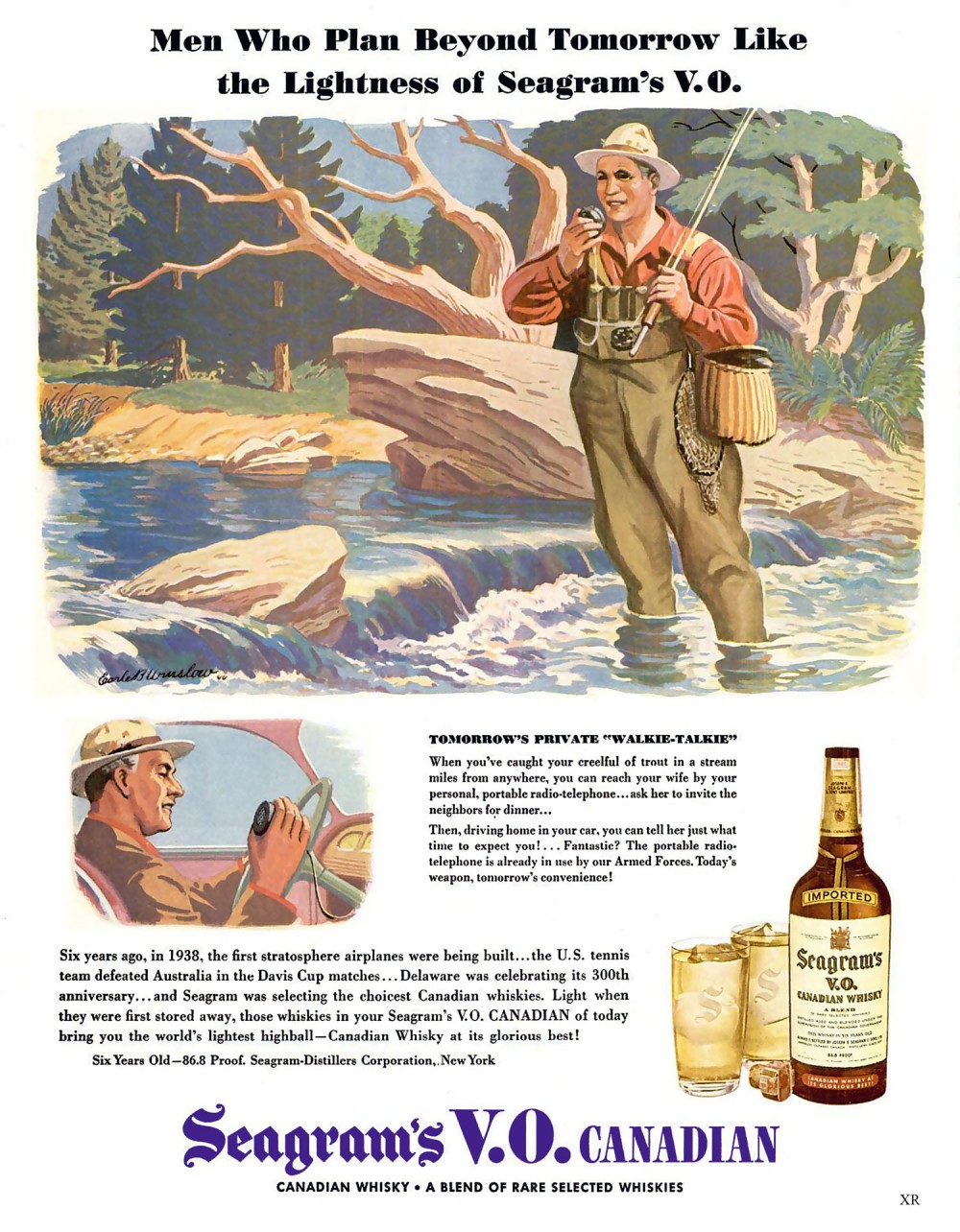 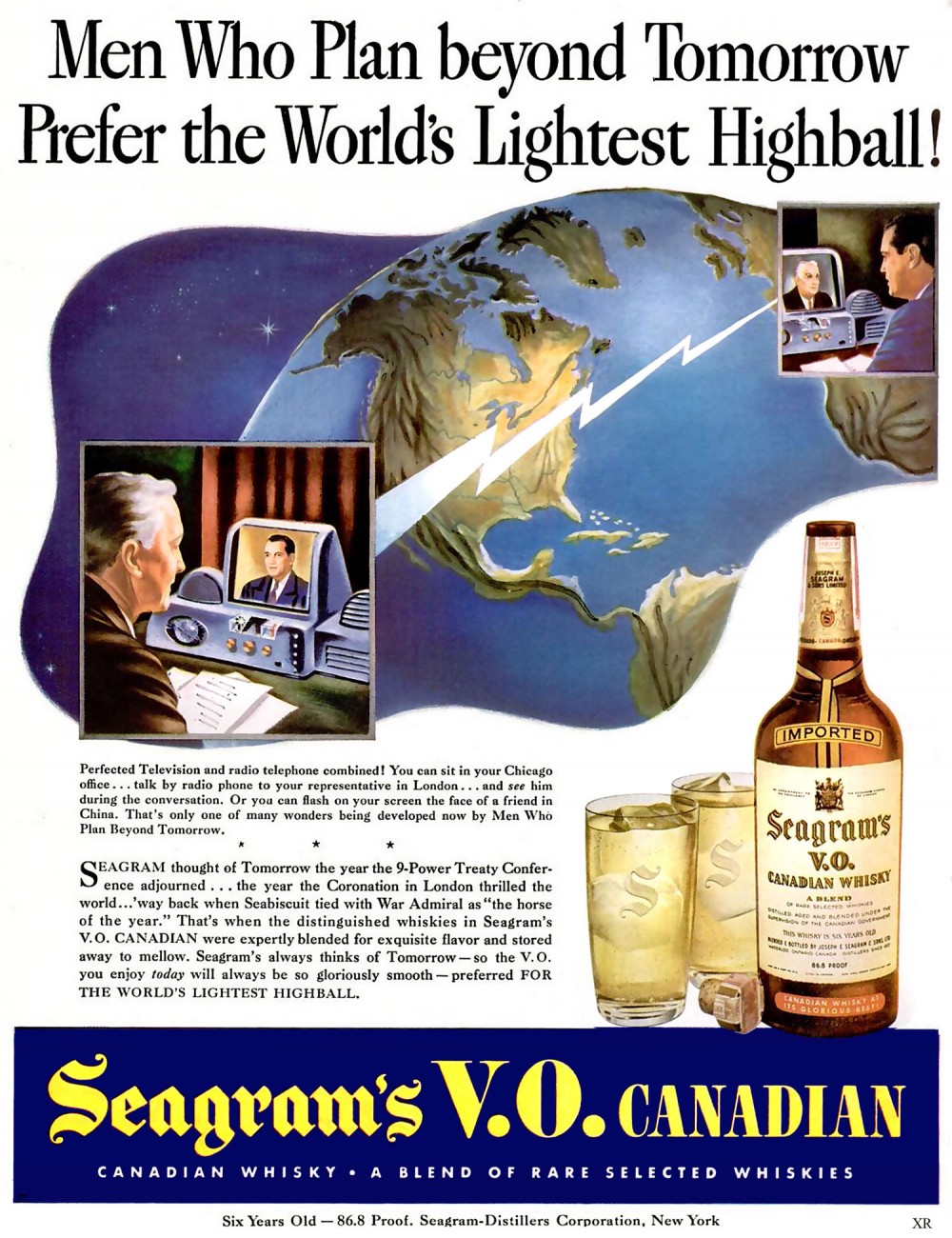 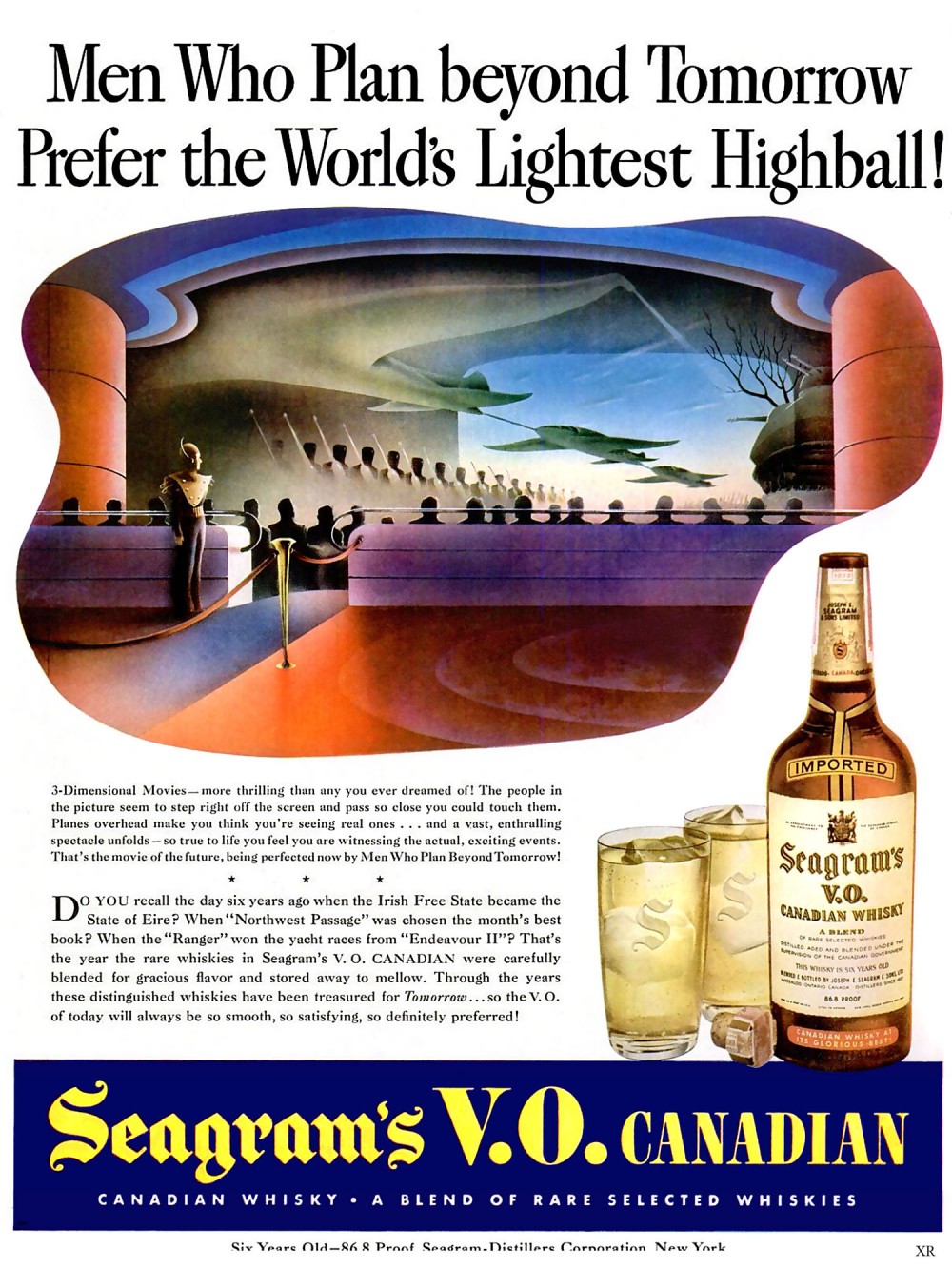 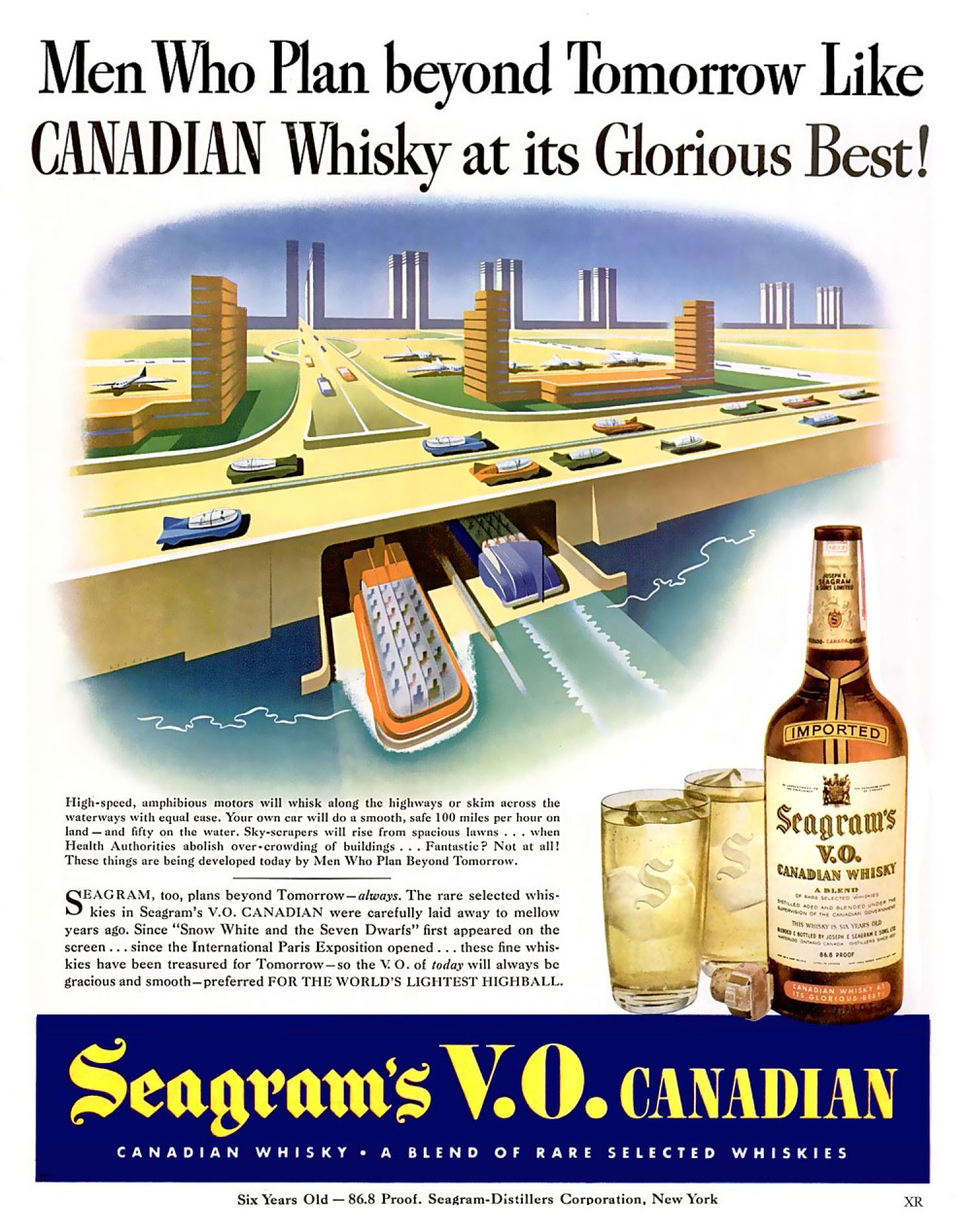 Above: 1943 – MWPBT Like Canadian Whiskey at its Glorious Best