Fellow fans of Ultra Swank are well aware that we are revelers in a cultural period of technology supreme. Be it Hi-Fi or Hydrogen Bomb if it had push buttons and chrome it was an object of desire! Few artists captured this ‘age of the machine’ better than Boris Artzybasheff (1899-1965).

Immigrating from Russia to New York City in 1919, Artzybasheff’s career included over 200 Time Magazine covers and illustrations for over fifty books. He was a sought after advertising illustrator with clients including many of the Fortune 500. Looking at his style it’s not surprising that he was also an advisor to the Psychological Warfare Department of the U.S. during World War 2! Although he was capable of very realistic renderings, it was his surreal creations of machines as living creatures (a hidden vanity of technology) which endears him in the hearts of mid-century mavens of today.

His book As I See: The Fantastic World of Boris Artzybasheff is available to buy from Amazon for anyone who wants to dig deeper into Boris’ fantasy world. 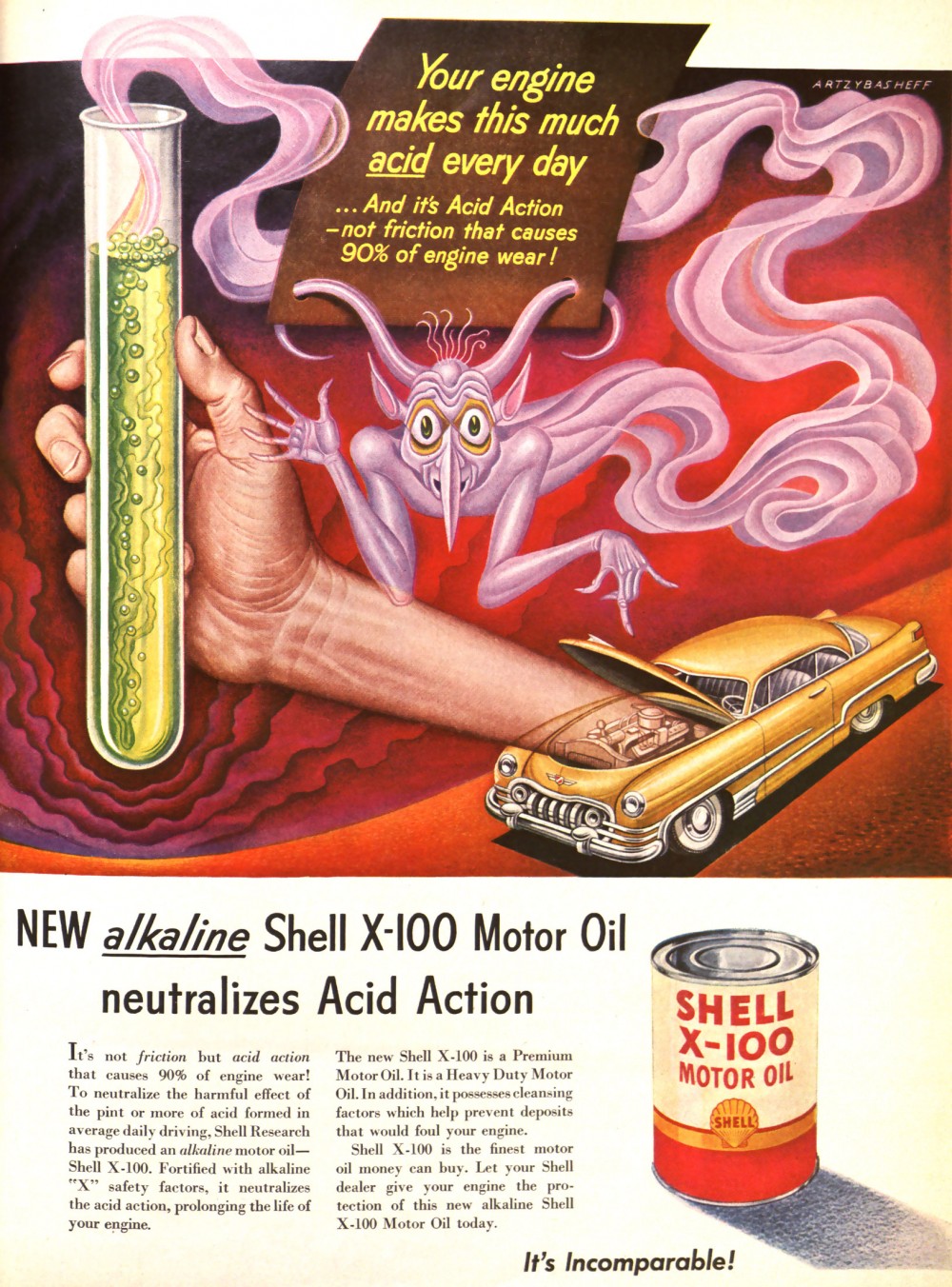 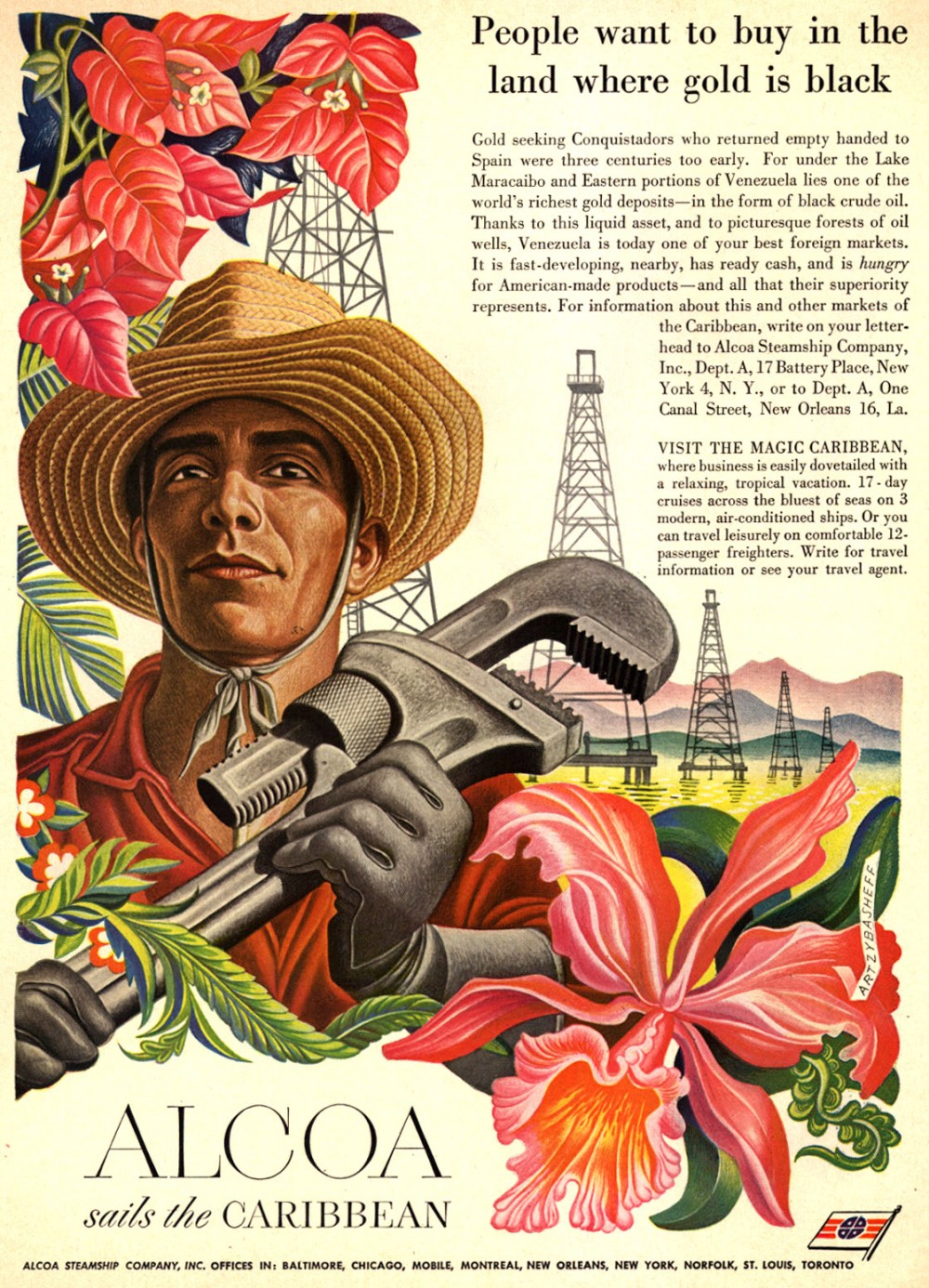 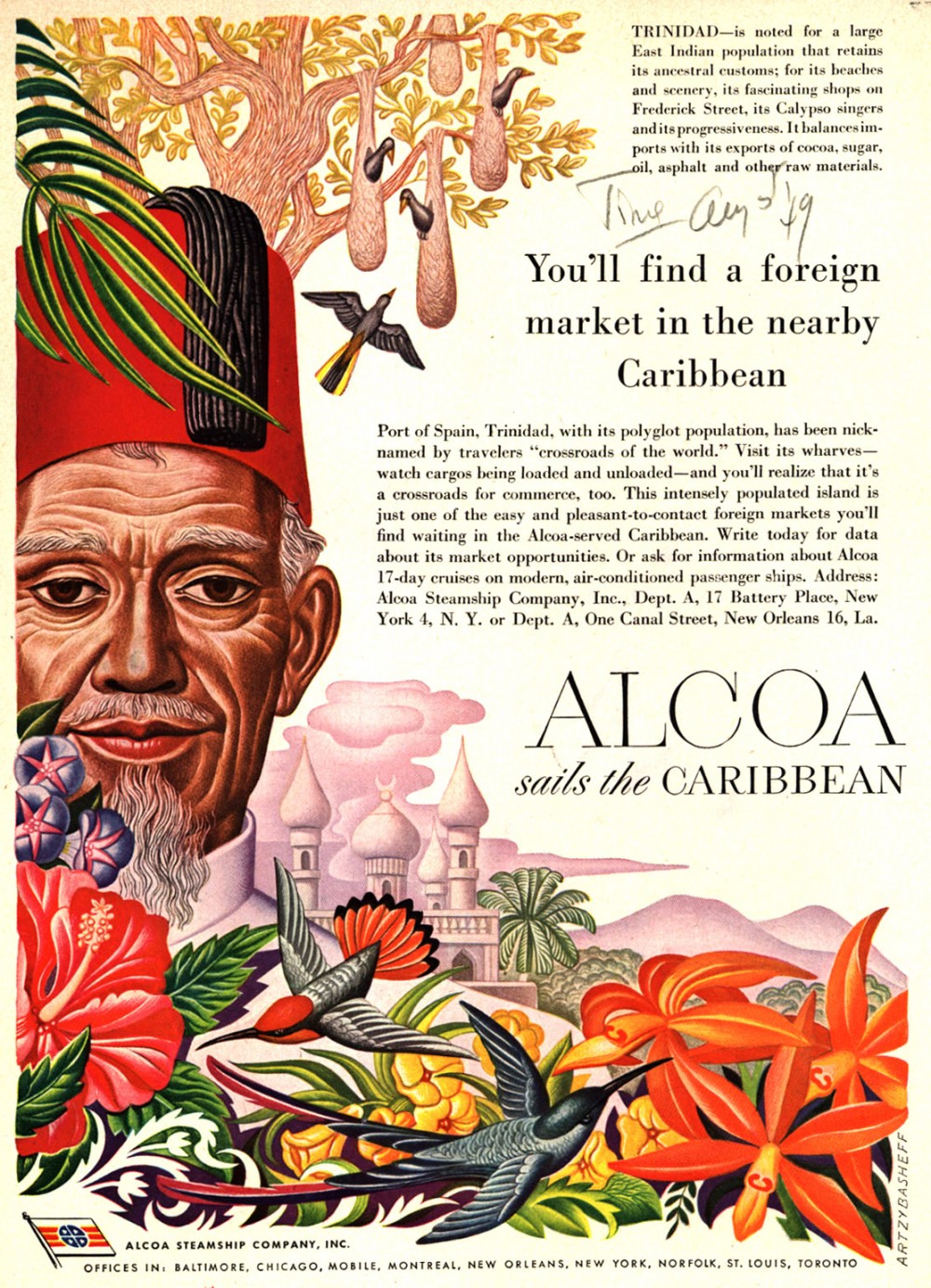 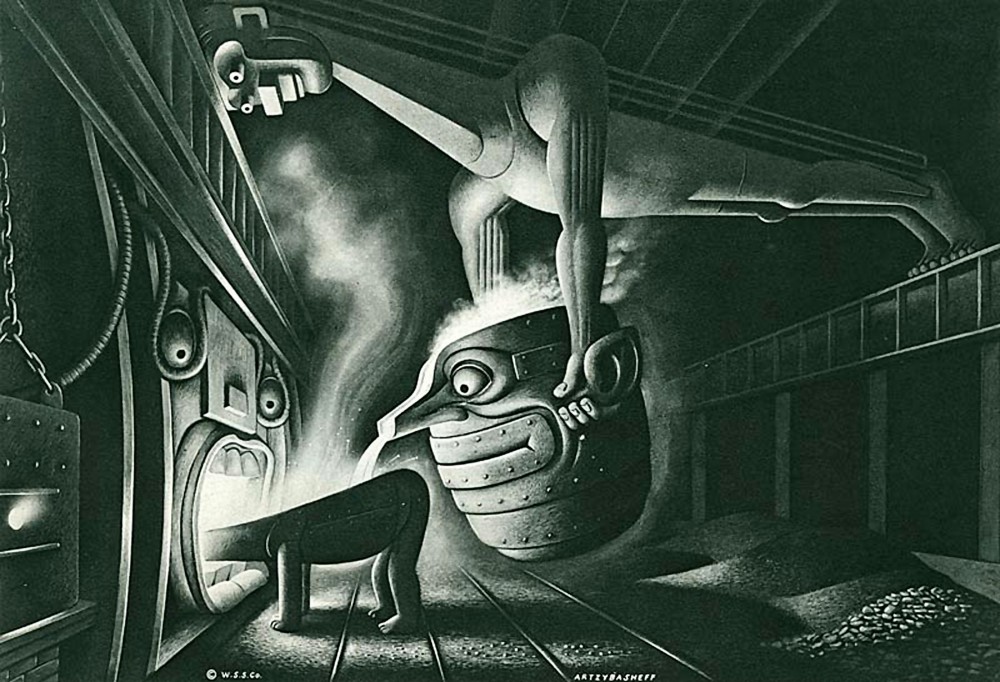 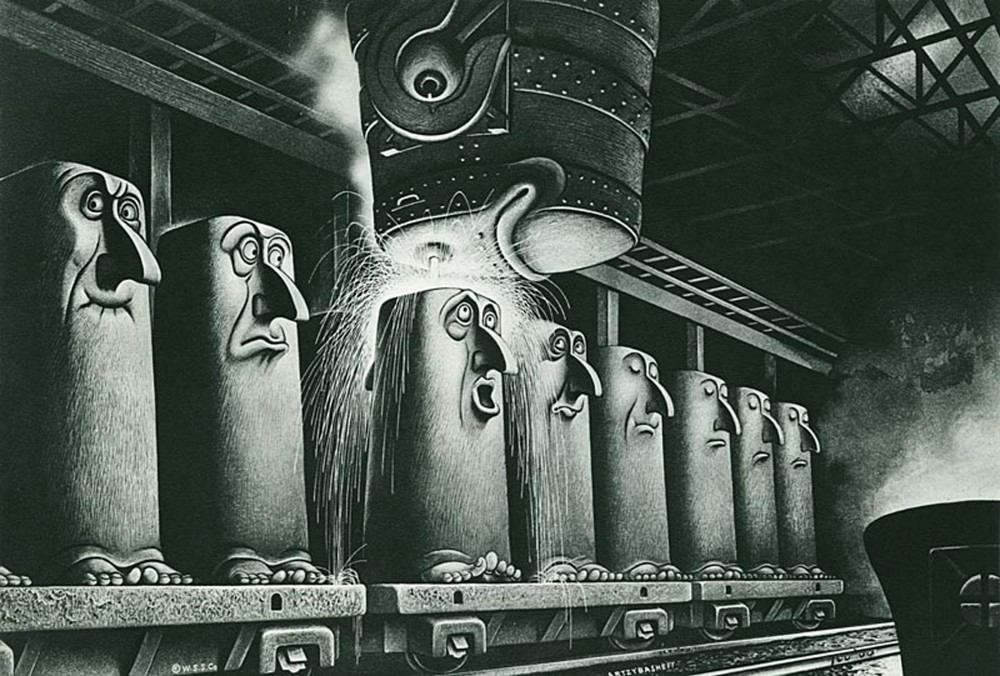 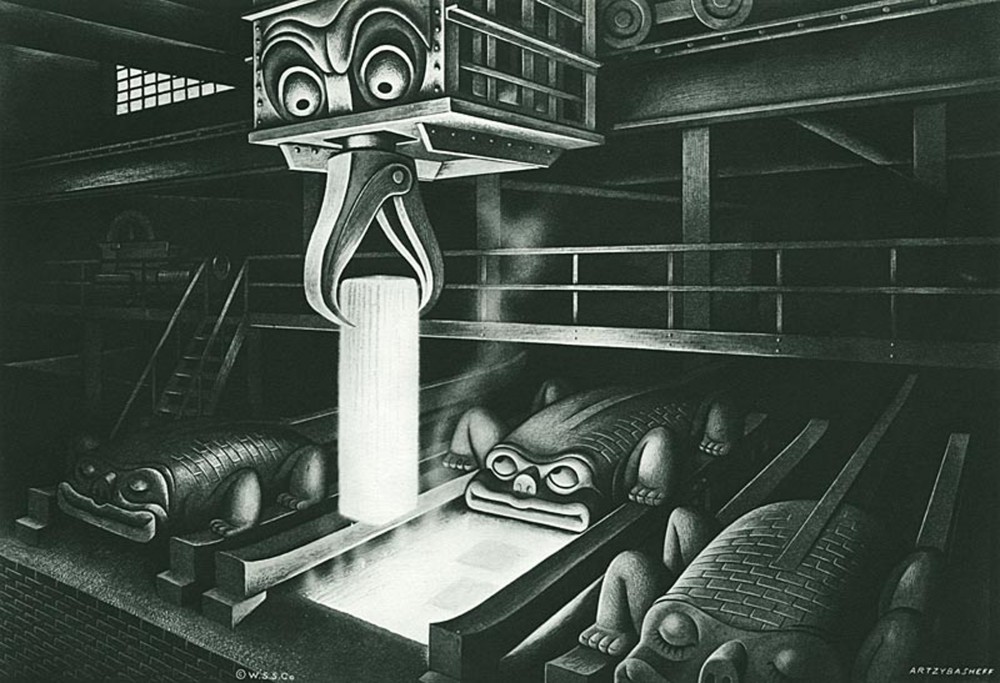 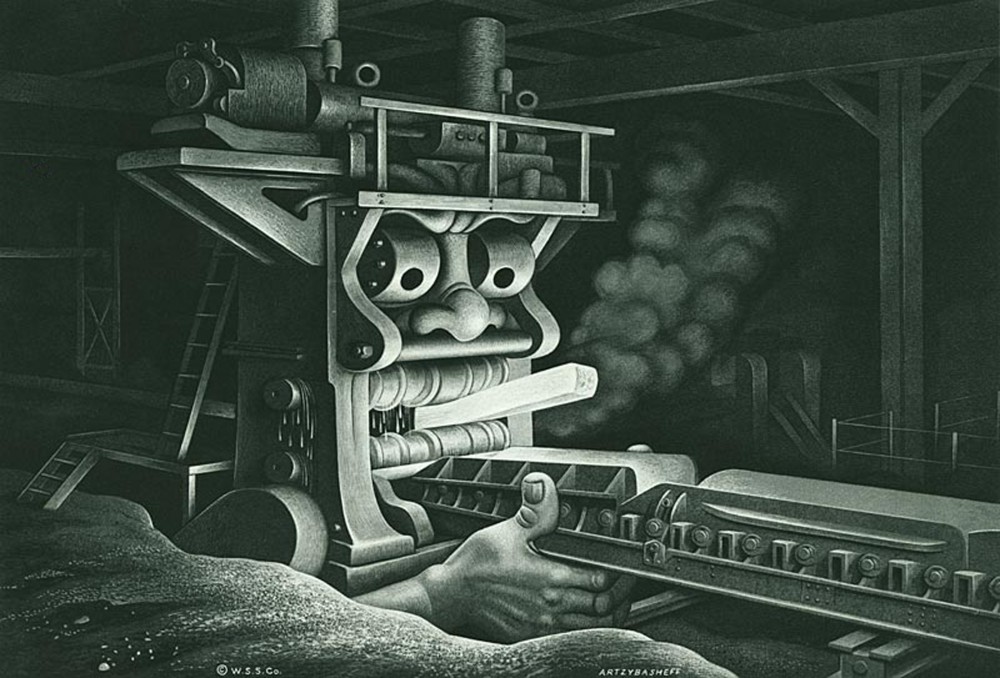 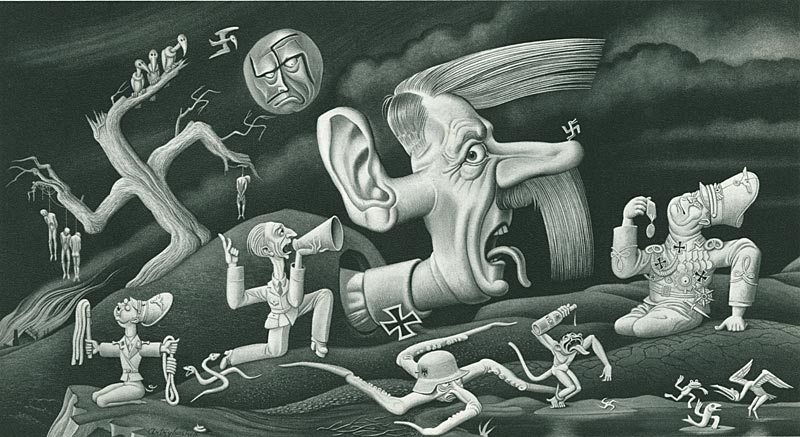 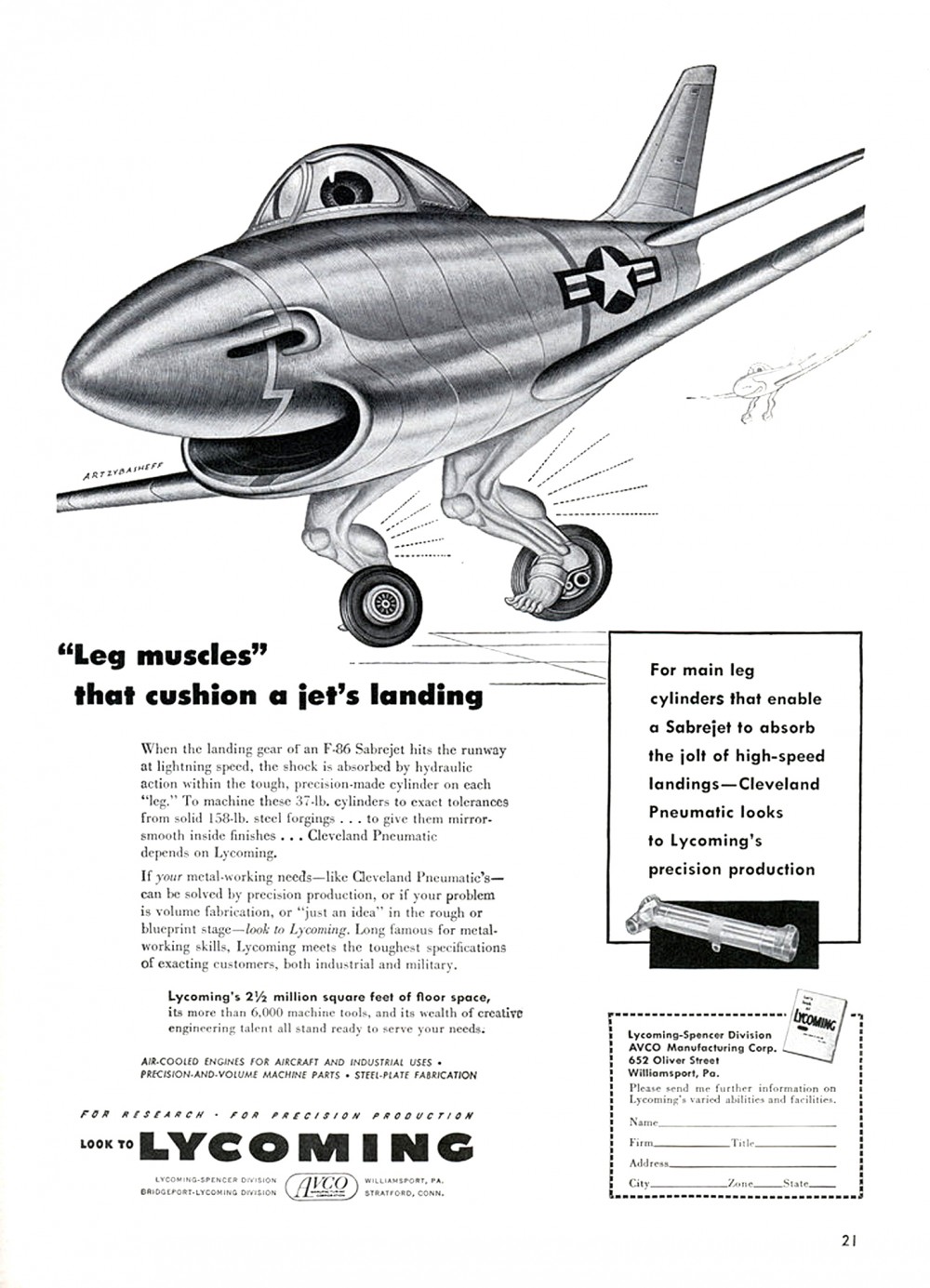 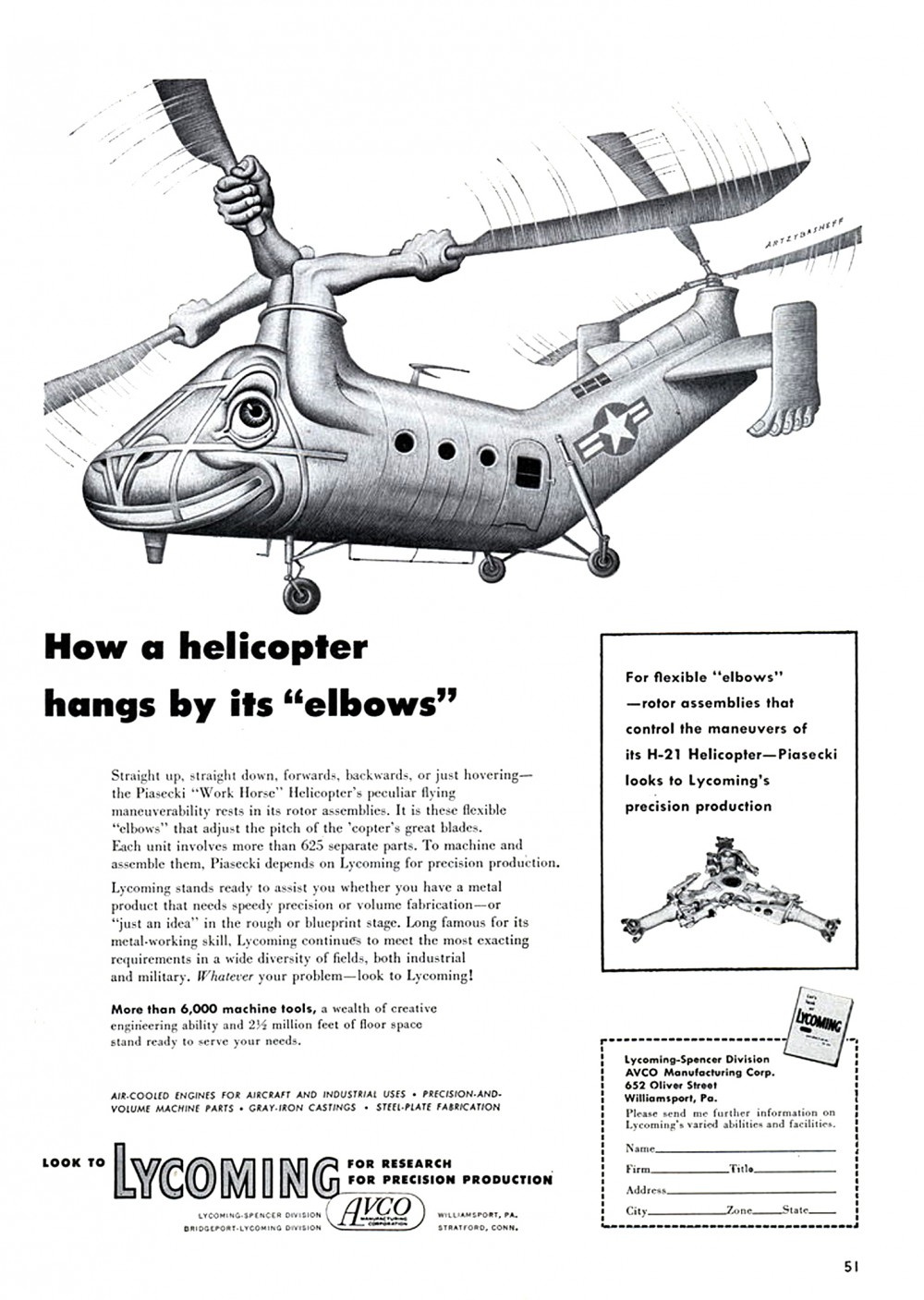 Does your airline offer this?