Home » Architecture » Are we ready for The Jetsons yet?

What better epitomizes the visionary futuristic-utopia of the 20th century than the Jetsons? Created in 1962 the prime-time animated sitcom took place in 2062… looking 100 years into the future.

Besides the futuristic gadgets and gizmos-surely ahead of their time-the architectural influence is clearly that of Googie design. Including “upswept roofs, curvaceous, geometric shapes, and bold use of glass, steel and neon, Googie was also characterized by space-age designs that depict motion, such as boomerangs, flying saucers, atoms and parabolas, and free-form designs such as ‘soft’ parallelograms and the ubiquitous artist’s-palette motif.” (Source)

Two prominent Googie designs clearly inspired the architectural structure used in the Jetsons series. Saarinen’s TWA terminal and the Seattle Space Needle. Worth noting is that both structures opened in 1962, the same year the Jetsons originally aired. In one of the 24 episodes, “A Date with Jet Screamer”, Judy Jetson is taken on her date with Jet Screamer to The Fun Pad, a space-age amusement park with Ferris Wheels, roller-coasters, and spinning rides. Coincidentally, Astro Land on Coney Island opened in 1962. It’s really quite rare and interesting that these architectural structures and their timelines, being so technically and aesthetically advanced for there time, would be simultaneously depicted in a prime-time animated sitcom—truly visionary.

Envisioning tomorrow is of course an attempt to predict the future. Technology is still a heavy influencer on the architectural form. Many architects have looked to the forms of ships, airplanes and other mechanics of industry for inspiration. To be modern still means a “promise of the future.” The term “that’s so Jetsons” has become part of our current cultural language. But when these visions of the future become a reality, and have come and gone, it seems that our current environment is still unchanged. Shouldn’t we by now be getting to the office in flying saucers? Why doesn’t every home today look like George Jetsons? Today, the most common form of home construction is still “stick-built”!

It seems we’re not really keeping up with the future at all. Perhaps envisioning a future and actually accepting that future are two different things. Our inner-selves might not want to, or can’t, change at light speed the way digital technology does today. I’m seeing a huge re-emergence of the Tiki scene, originally popularized as escapism after WWII, and today with all the stressful situations in the world I’m thinking this is influencing our return to the Tiki bar as an escape. Take also for example the SlowFood movement. Not necessarily a “slow” movement but a reflection on doing things as they were done in the past while enjoy the simple pleasures…just another way of forcing us to slow down our outer world while our inner world can adjust and catch up with all the changes. Psychological studies indicate that humans need a balance between the new and the familiar to be able to accept and embrace a new idea or object. The old adage: too much of the familiar can be boring; too much of the new is unsettling.

So with technology moving faster than ever before, does that mean we’re getting too much too fast causing people to cling to nostalgic ideas and concepts or have we just not had enough time yet to adjust? But with technology and design becoming more invisible and user-friendly, will our interactions and acceptability to its rapid change become less of a hindrance, allowing us to actually have a future like George Jetson’s? As our technologies and their rapid changes become more familiar, will they still be an inspiration for us or become so mundane that we’re then given the chance to reflect on our present culture? Who knows what the future can bring to architecturally modern design. I’m still open to a world of houses on spires and flying cars. If we had visionaries today like the artists working on the Jetsons sitcom, I just wonder what a newly-concepted future world would contain and how much of it, like the Jetsons world, would actually become a reality and what pieces would forever remain pure conceptualization and just a fun, fantastical utopia. Just something to ponder…today. 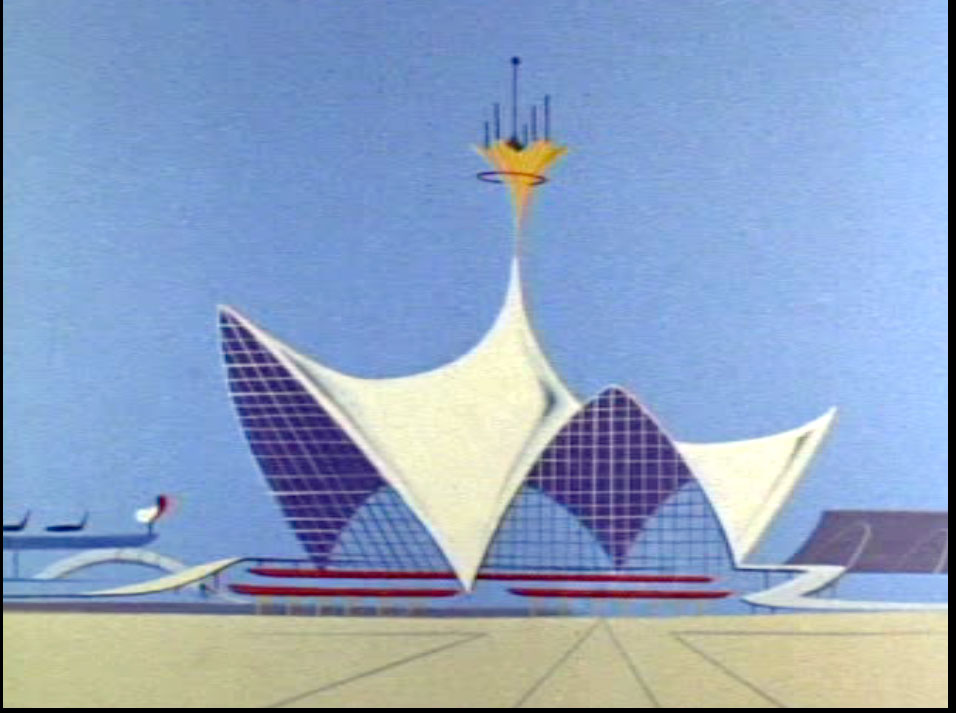 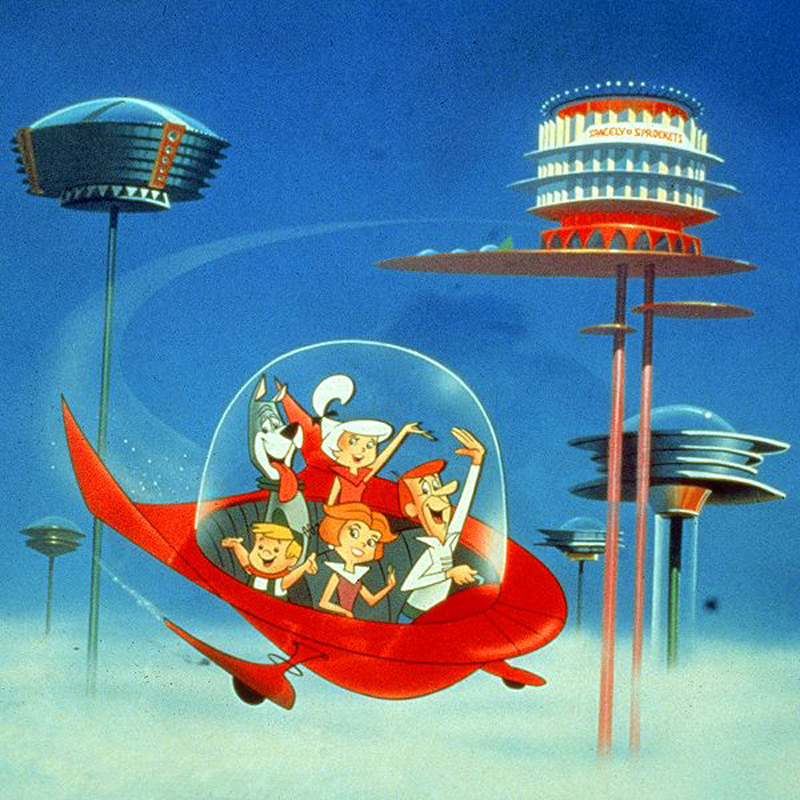 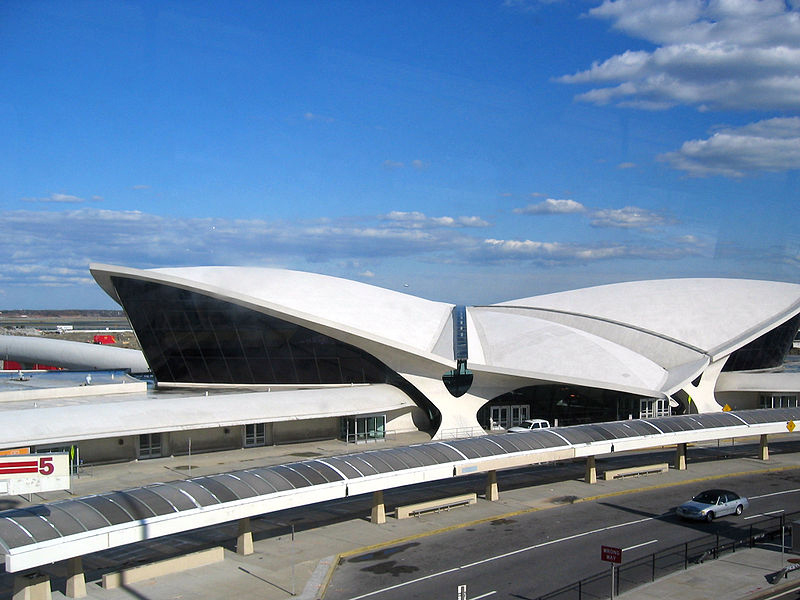 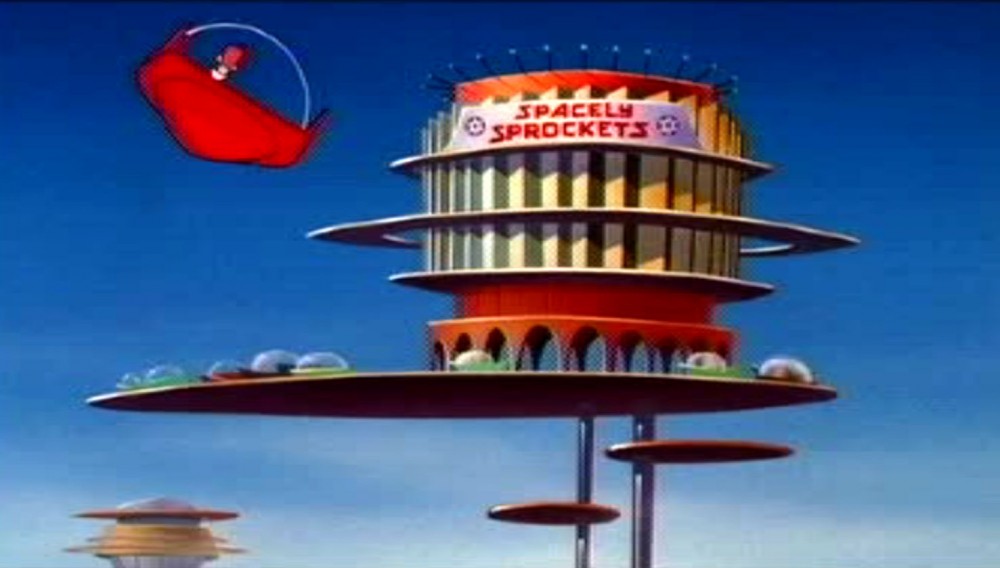 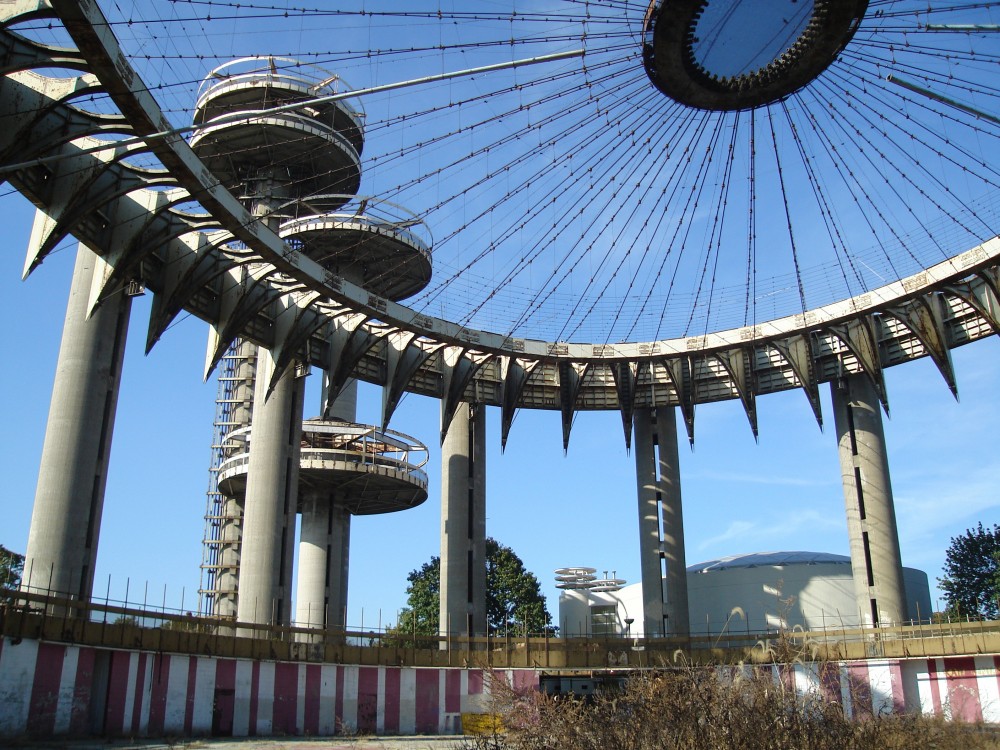 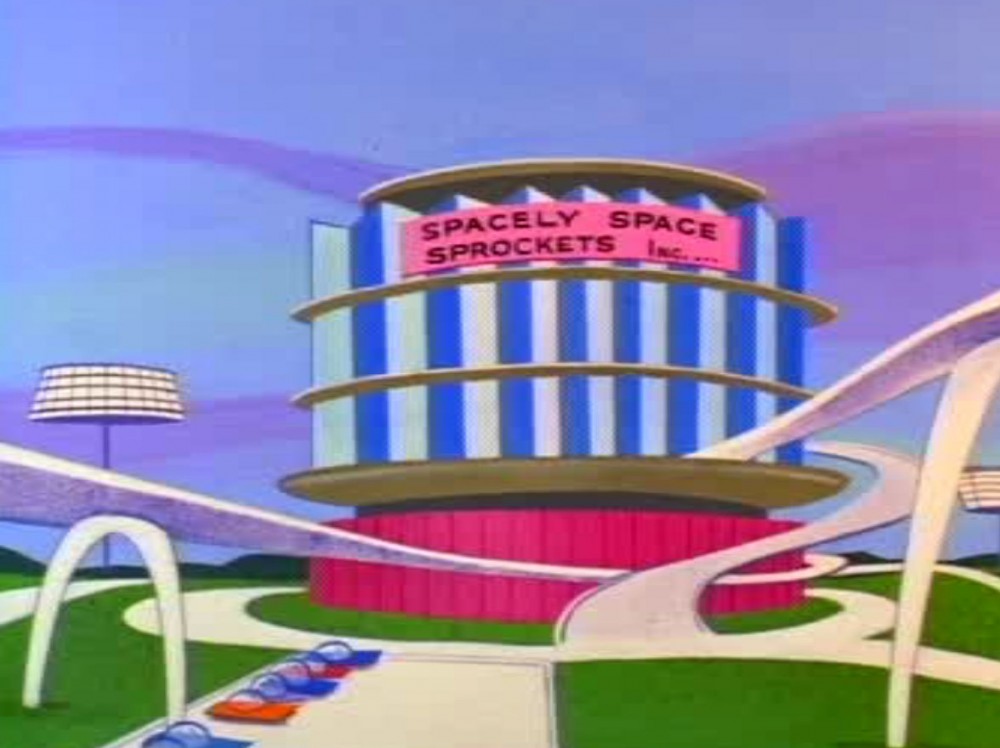 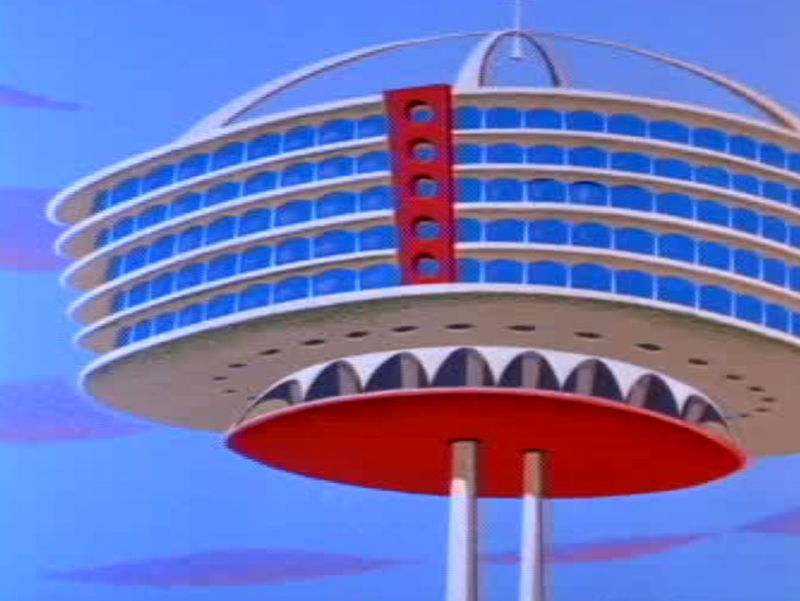