Elvis Presley fans rejoice! The ultimate Elvis pad is now up for sale in sunny Palm Springs, California – complete with Rock ‘n’ Roll memorabilia. In 1962, Look Magazine featured the estate calling it the “House of Tomorrow” due to its forward-thinking decor. Oh, and Lisa Marie was most likely conceived here.

In 1966 this historic mid-century house was leased to Elvis Presley and Priscilla for around $21,000 to spend their honeymoon. The original lease actually still hangs on one of the walls.

The house is designed around four perfect circles on three levels and features four bedrooms and five bathrooms. It is nestled in at the base of the San Jacinto Mountains which the honeymoon suite offers a panoramic view of. There is also a pool, tennis court and a fruit orchard among many other features.

The house is currently owned by ‘Elvis junkie’ M.L. Lewis which purchased it in 1987 for under $500,000. It has since then been restored to its 1960s splendor and features art deco design and furnishings throughout. The house is currently a museum, open to tourists on the weekends and comes packed with various Elvis memorabilia – which the buyer gets to keep.

Fans might recognize it from the film “Elvis And Me” and the documentary “Elvis By the Presley”, starring Priscilla Presley herself.

So any Elvis fan with a really deep pocket who’s in the market for the ultimate Elvis Presley time-capsule will most likely have found the best one around.

More information about this property can be found from real estate agent Hilton & Hyland. 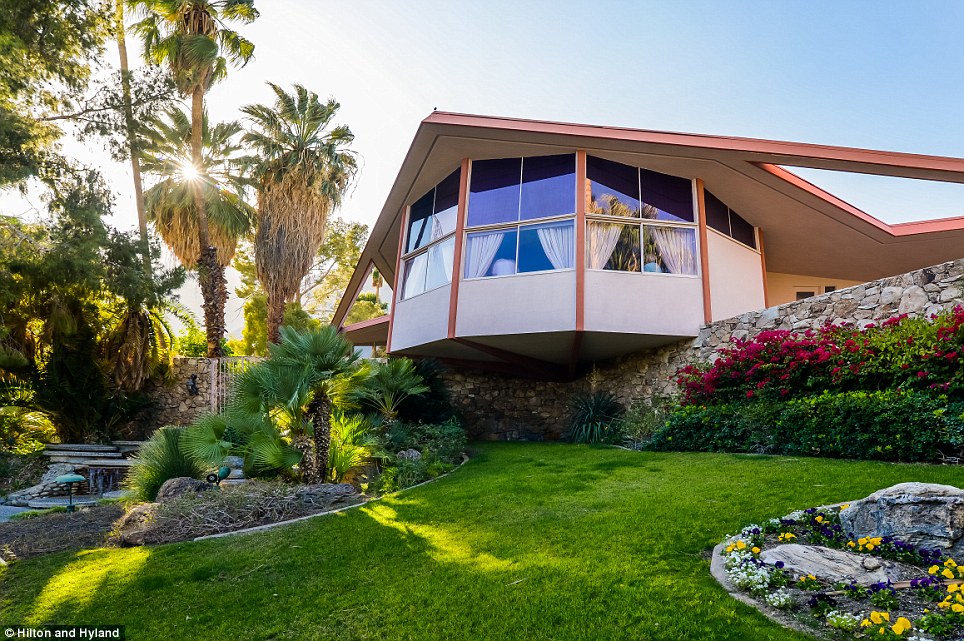 Above: The five-bedroom home that Elvis and Priscilla Presley rented before their wedding is on the market for $9.5m — Photo courtesy of Hilton & Hyland 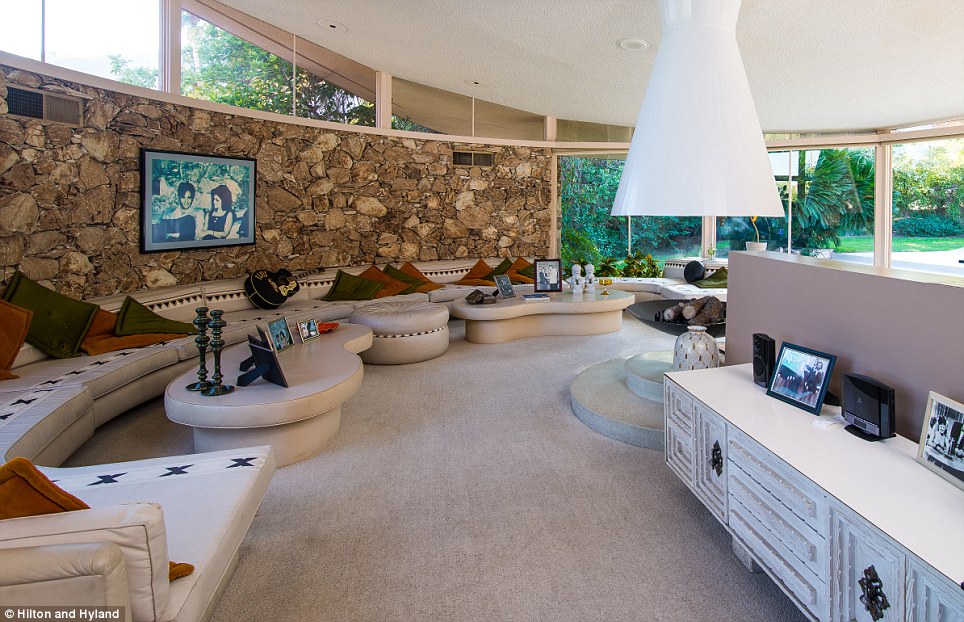 Above: The three-storey property, which Elvis lived in for a year, comes complete with rock and roll memorabilia — Photo courtesy of Hilton & Hyland 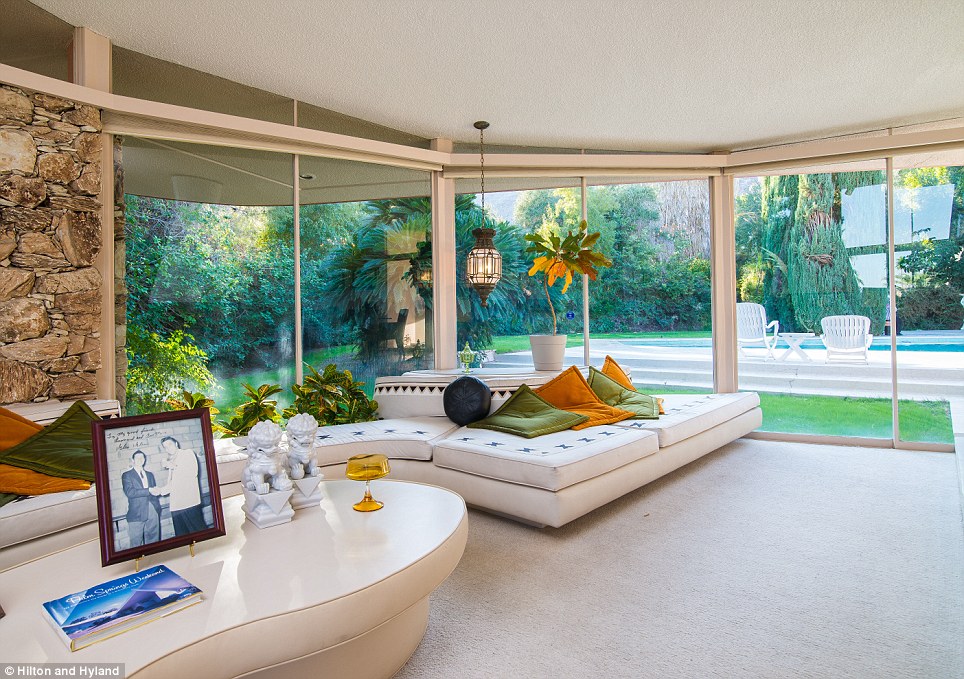 Above: The home – originally called The House Of Tomorrow – is located in the high-end Vista Las Palmas neighbourhood in California — Photo courtesy of Hilton & Hyland 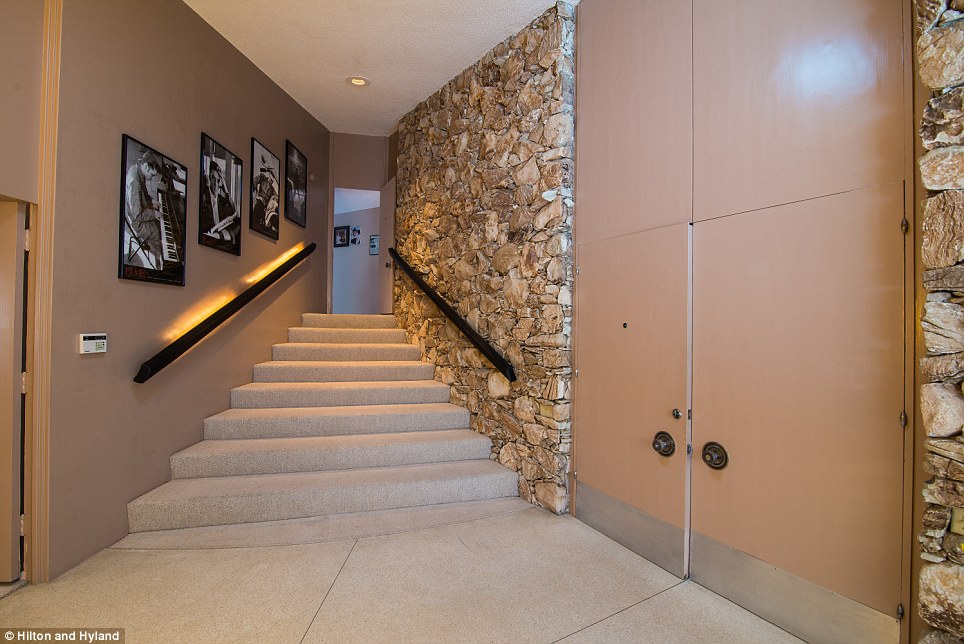 Above: Photos of Elvis line the stairway of the five-star property, which is currently up for sale for $9.5m — Photo courtesy of Hilton & Hyland 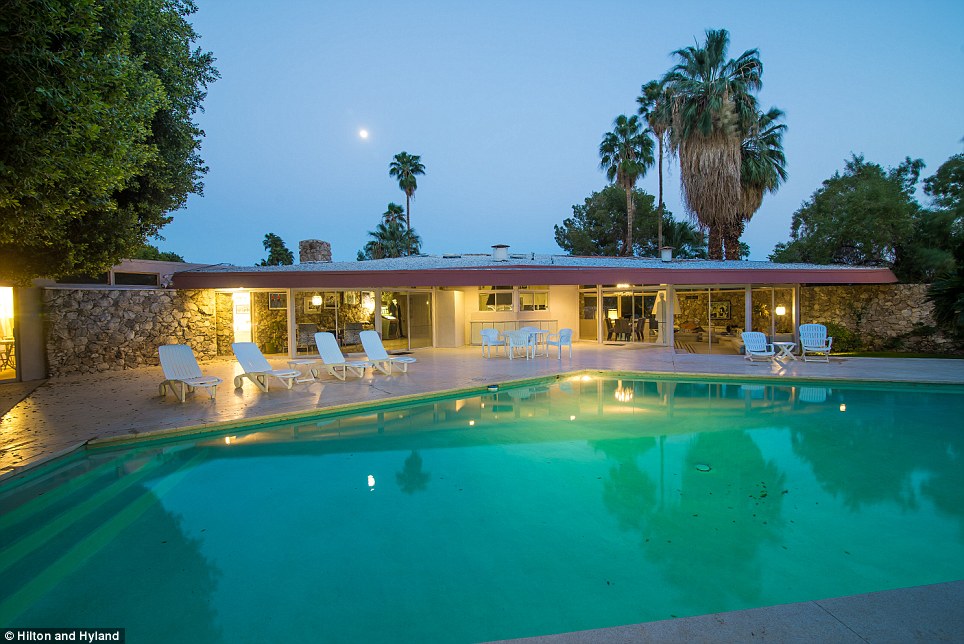 Above: The house, on the market for $9.5m, was built in the 1960s, complete with large swimming pool — Photo courtesy of Hilton & Hyland 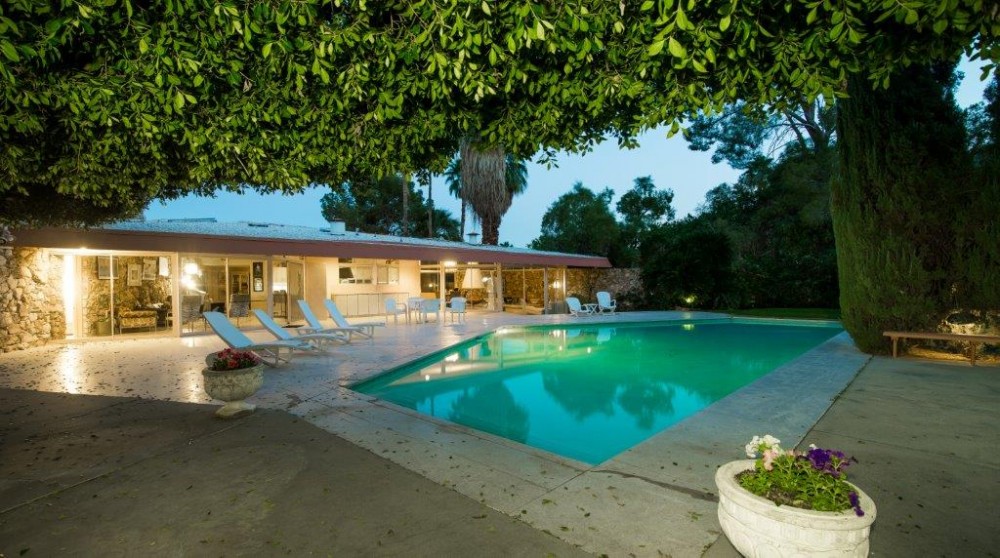 Above: Perfect for a 1960s inspired pool party — Photo courtesy of Hilton & Hyland