After collecting cookbooks for over 5 years now, I can say that, with the exception of the occasional chapter on grilling and barbecues (which were dad’s domain, after all), all of the mid-century cookbooks I own are written with the lady of the house in mind.

Entire chapters are dedicated to “Meals Men Like” and “Man-pleasers” or, in the case of the Smirnoff Brunch Cookbook, full-on scenarios are presented to inspire Suzy Homemaker to create extensive brunches for the men-folk while they watch the big game on TV or whip up intimate brunches for two the morning after.

So far, the only exception in my collection is the Playboy’s Host & Bar Book, written by longtime Playboy Food and Drink Editor Thomas Mario (a.k.a. the Playboy Gourmet). In addition to drink recipes, he presents the urbane bachelor with guides on how to build a well-stocked home bar and the background on tipples from wine to rickeys to cognac to punches.

I just poured myself a scotch and soda (in a Playboy glass, no less) to imbibe while I comb through the 1971 edition, which clocks in at an impressive 300+ pages and includes over 700 drink recipes…

After Mario outlines basic hosting manners and lists the glassware a man must own, Mario delves into how a man should stock his bar in the aptly titled chapter, Keep Your Spirits Up,

Like many men…you’ll probably think automatically of whiskey, gin and vermouth, the trio that is usually built into the three standard drinks for satisfying the thirst of 20th Century man–martinis, manhattans and highballs

So, one would assume that you could get away with, for the basic bar, those 3 and some mixers. But no! Mario suggests:

That’s not including the wine. “Filling a wine rack or a wine cellar is a separate avocation dealt with under chapter 15.”

Oh, how I wish I could go back 40 years and be able to buy that much booze for $100. What would that cost now? Five times that? Six if you’re not buying crap?

And who has room for that many bottles? I just set up my own home bar, but to house that number of bottles, I’d be stocking my basement as well.

After Part Two, in which Mario provides the low-down on all kinds of spirits, wine, and beer, Part Three is all about mixology (and some snacks. Hors d’oeurves for all occasions!)

And, seriously, who wouldn’t want to be at this party? Martinis, ascots, and cleavage for EVERYONE!

I now present some of my favorites of the drink recipes. I like the ones with the very specific situations in which the drinks would be served optimally.

Written by: Emily, Dinner is Served 1972 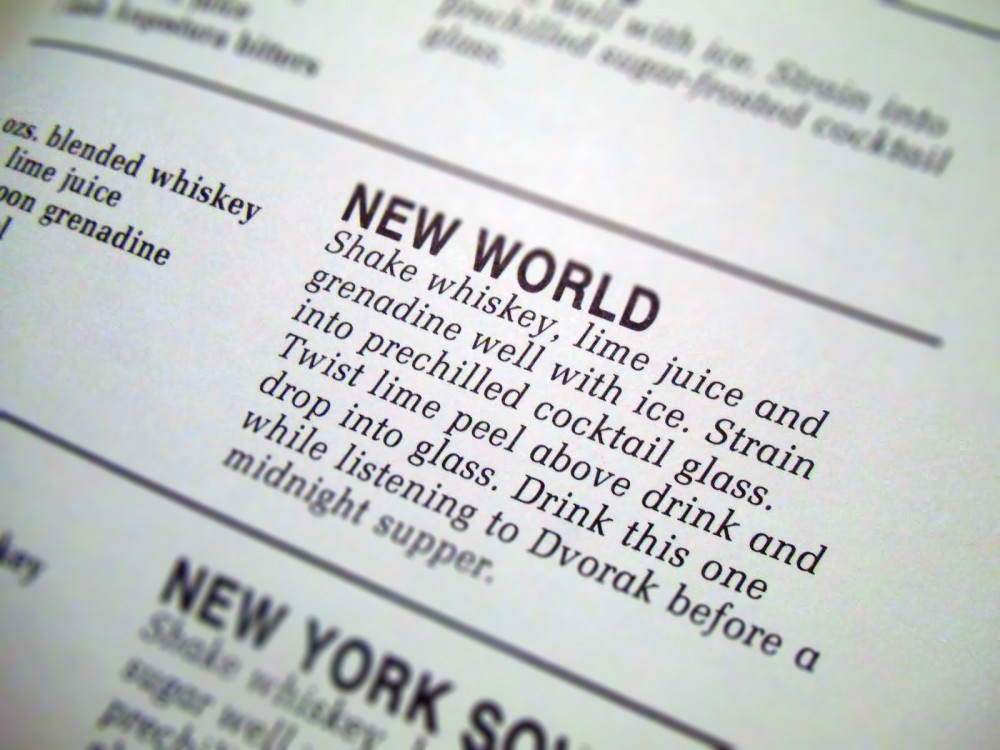 Above: New World — Oh, how I would love it if a gentleman friend would serve me a midnight supper to the dulcet tones of Dvorak. Although Dvorak’s New World Symphony is a bit rousing for such a late evening. Or is that the point? 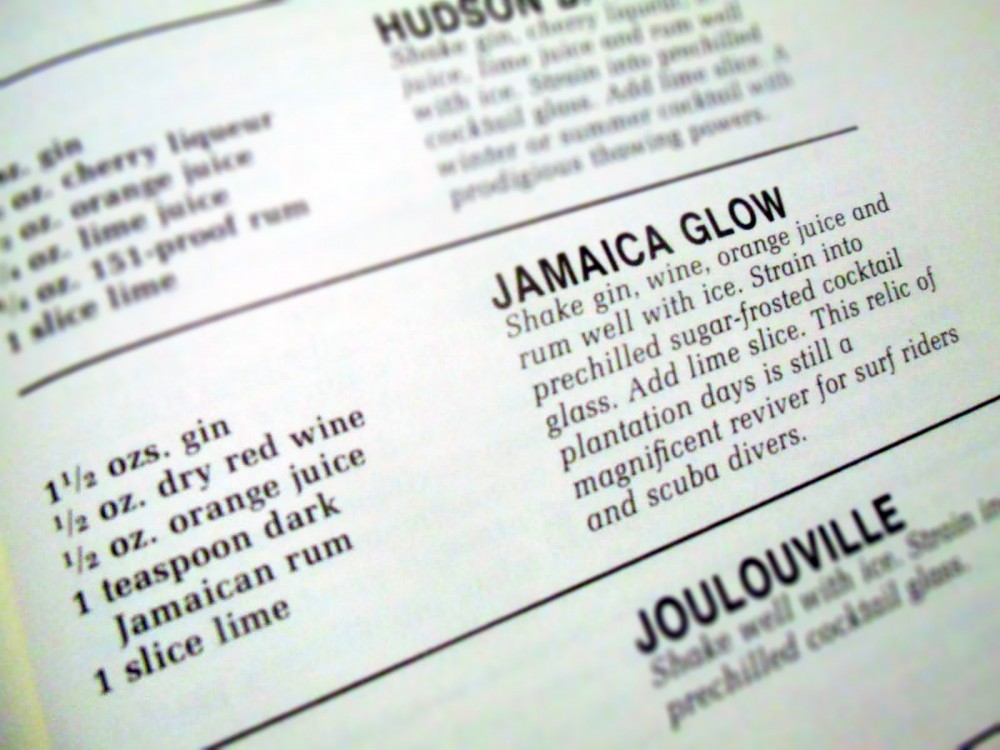 Above: Jamaica Glow — I also like the Jamaica Glow. Because one so often has to revive surfers and scuba divers. 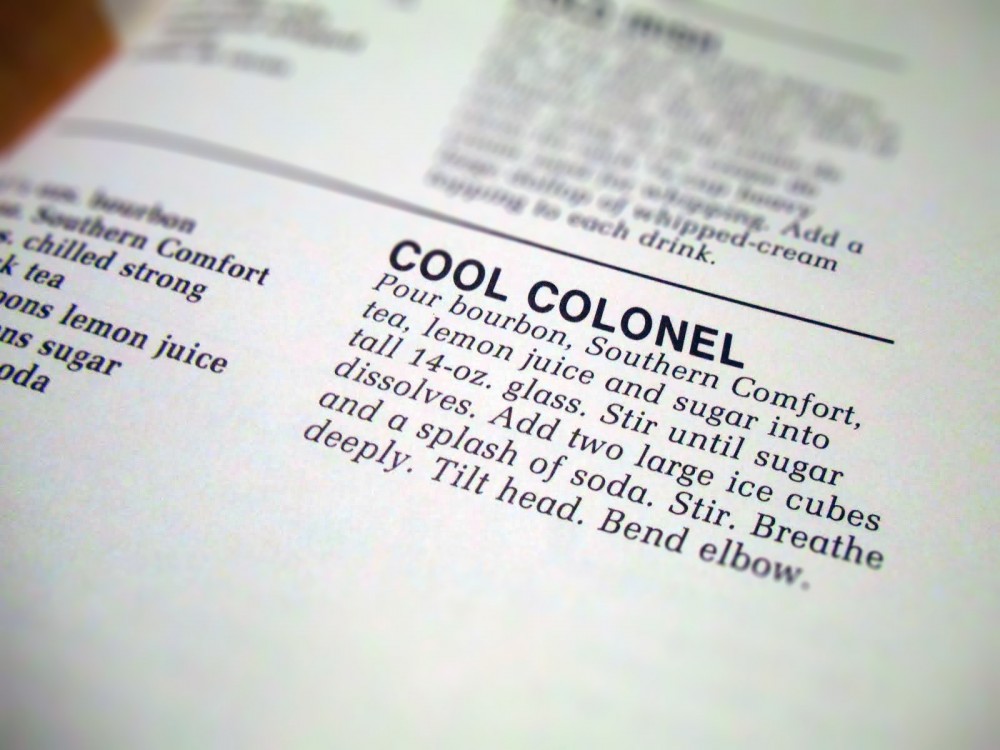 Above: Cool Colonel — Or the Cool Colonel, the description is more Hemingway than mere instruction. 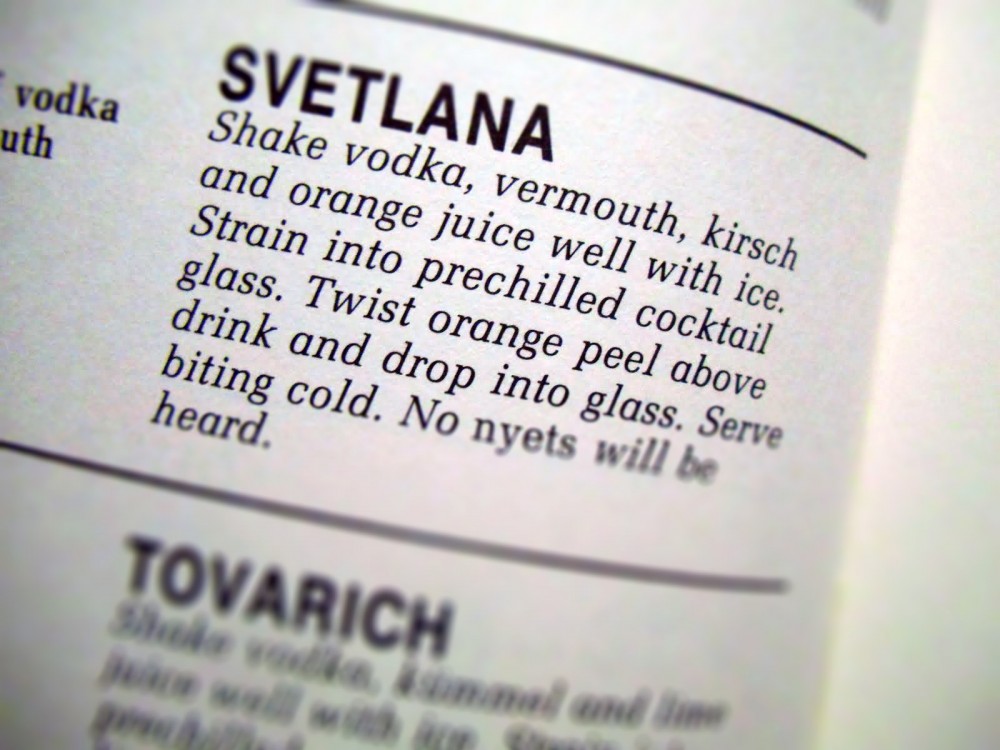 Above: Svetlana — This was before “no means no.” But still, after a Svetlana, No nyets will be heard. Oh, hell, just go all the way with the homemade mickey! 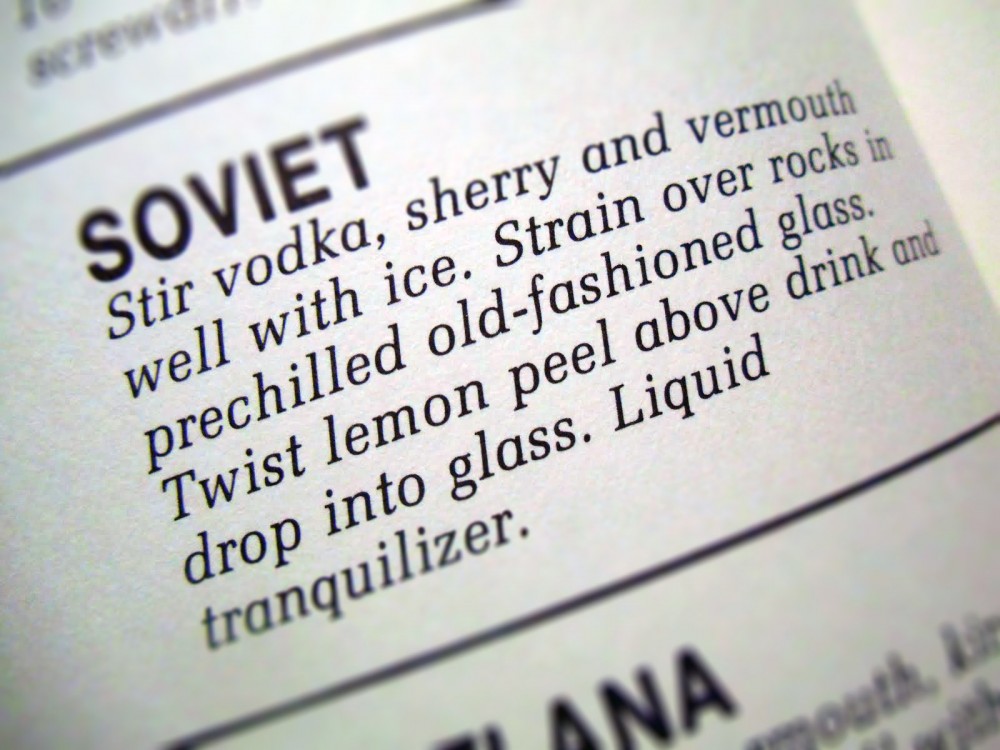 Above: Soviet — All kidding aside, I do really like this book. I made, from Chapter 20 (The Brimming Bowl), the Champagne Sherbet Punch for a recent housewarming party. And it was a big hit. Easy to boot. 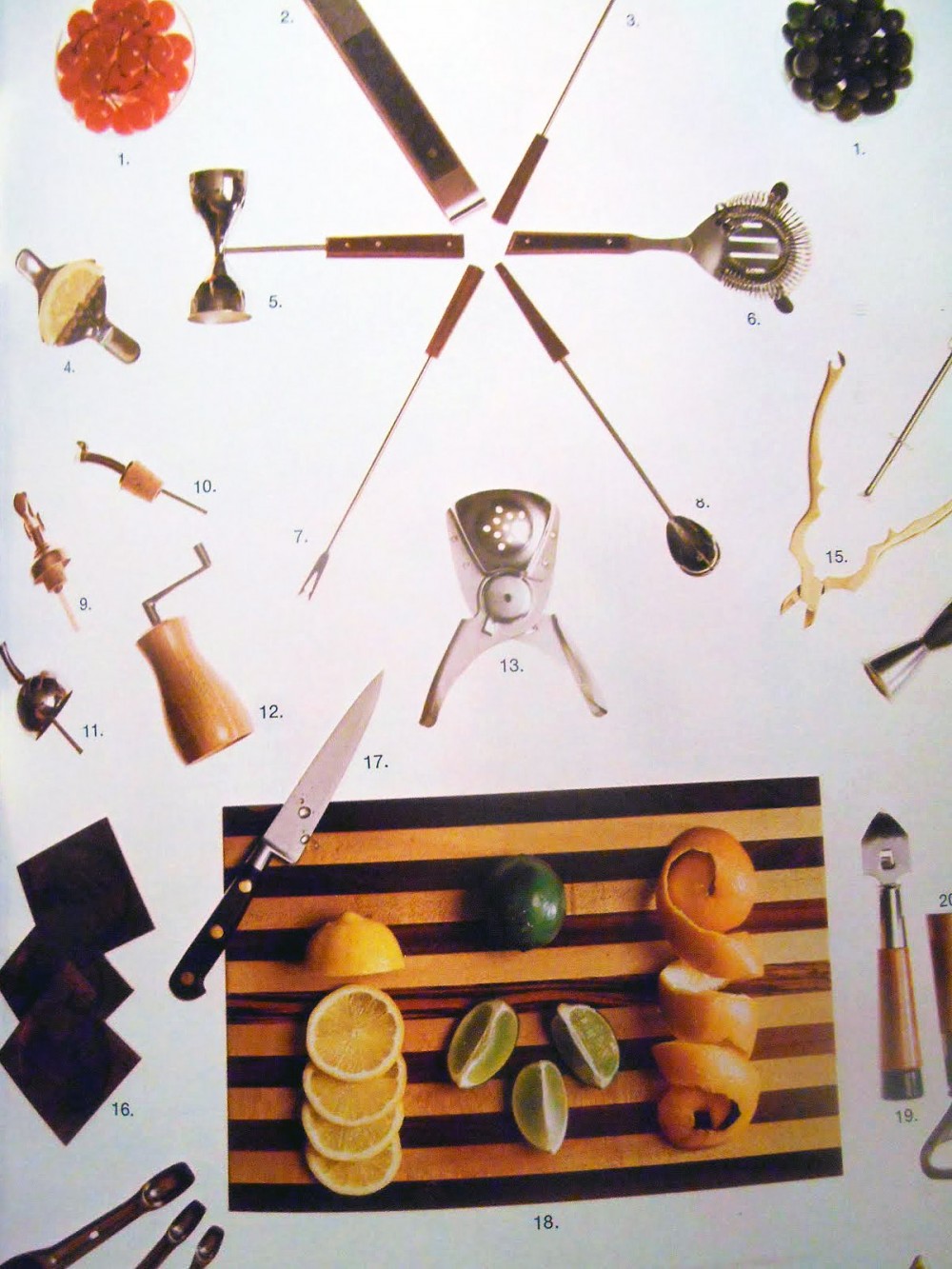 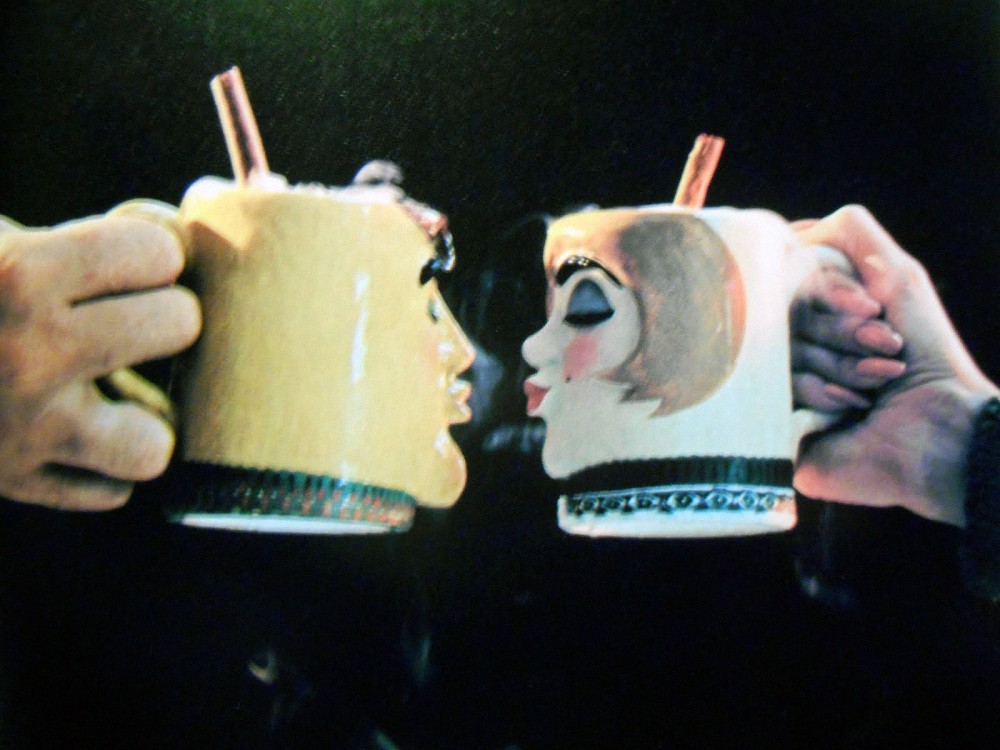 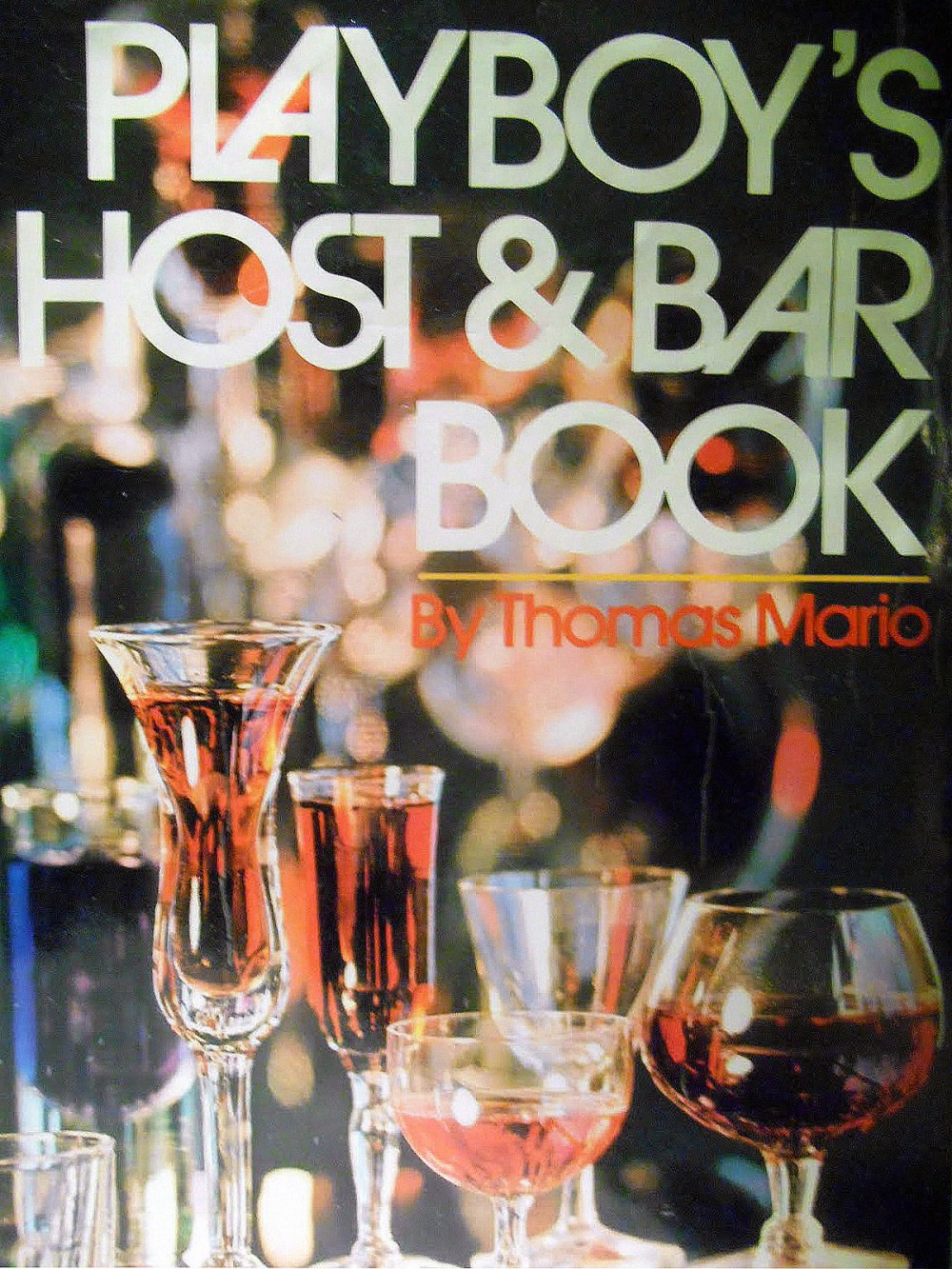