Let’s climb aboard the Alweg Monorail in Downtown Seattle and take a trip back to the 1962 World’s Fair: Man in the Space Age. The Century 21 Exposition brought the first World’s Fair in North America since 1940 and the United States was eager to demonstrate its new ideas and advancements in technology, science and entertainment.

Rapid technological advancements, Googie architecture, and the Space Race tantalized imaginations with the possibilities of the 21st century and beyond. The Future promised push button telephones and flying cars. While innovations raced towards the future, values remained firmly rooted in the past. Kitchen gadgets targeted housewives while innovations in office communication targeted businessmen. Nuclear families would populate the suburbs of the Moon in the 21st century.

The Space Age theme indicated big ideas but, when compared to other World’s Fair of the era, the Exposition was a low-key event. A mere 10 million people were in attendance at Seattle’s 1962 fair—a modest turnout next to the 40-60 million who attended Brussels ’58, New York ’64, and Montreal ’67. Even President Kennedy phoned in his introduction to the fair.

But there was one person in attendance whose pelvic gyrations sent many girls’ hearts flying higher than the Space Needle. Music and film sensation Elvis Presley stopped by to film some scenes for It Happened at the World’s Fair. The movie, set and filmed at the Century 21 site, is one of the rare instances of a world’s fair serving as a backdrop in a film. Other films are Centennial Summer (Philadelphia 1876), So Long at the Fair (Paris 1889), and Meet Me in St. Louis (St. Louis 1904).

Now that we’re experiencing the 21st century firsthand, we’ve seen many innovations from 1962 enter into widespread use and fall into disuse in just under 50 years. Some of the more ambitious and fantastic concepts remain dreams for a distant future. It’s nice to look back and compare the Futures of Yesterday and Today, to recall a time of innocent optimism, and perhaps tantalize imaginations with the possibilities beyond the 21st century. 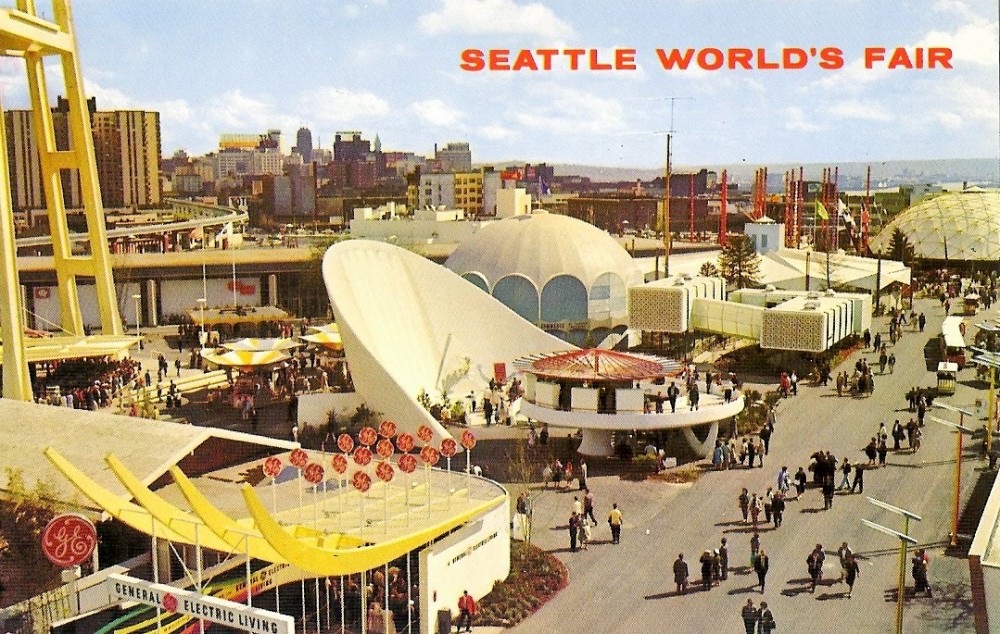 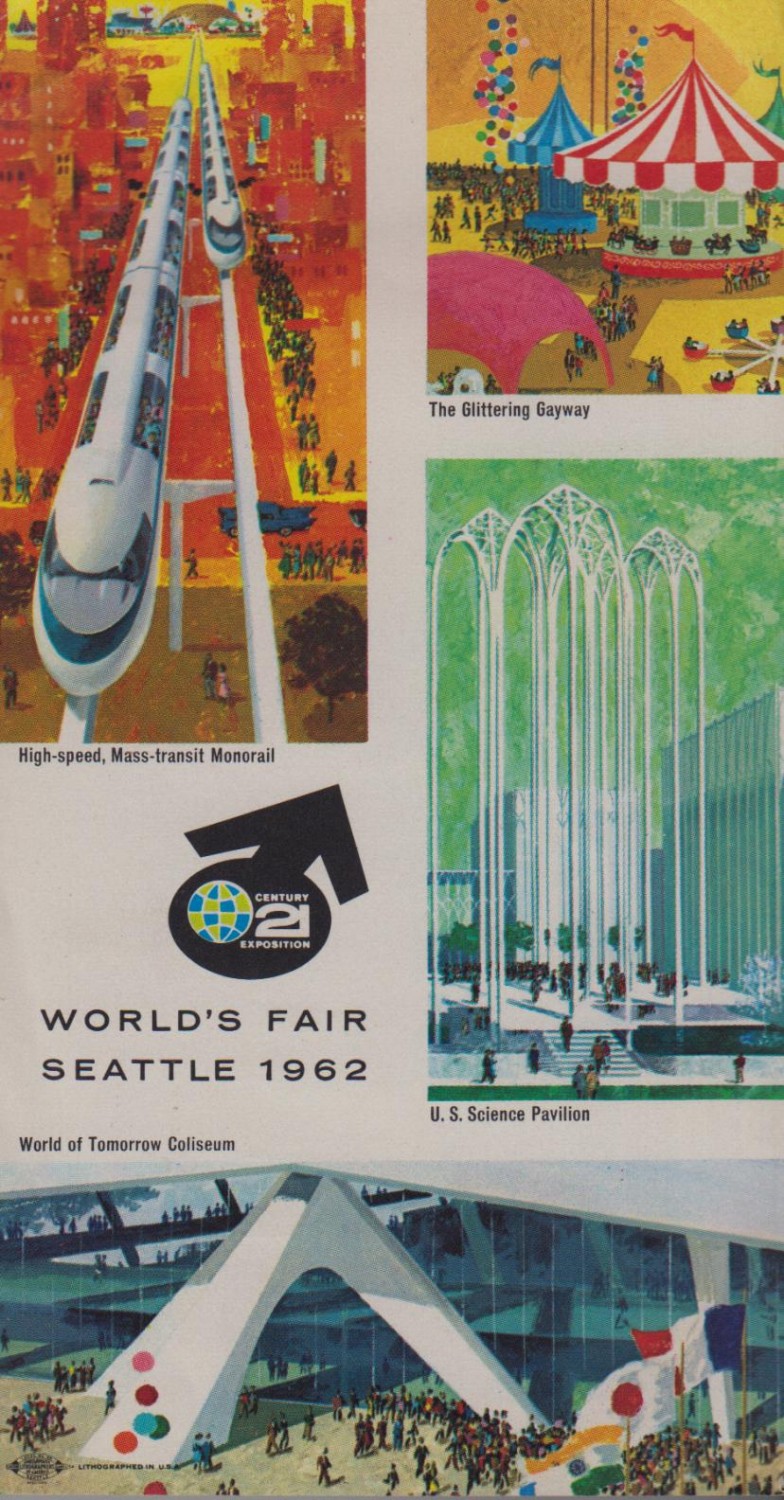 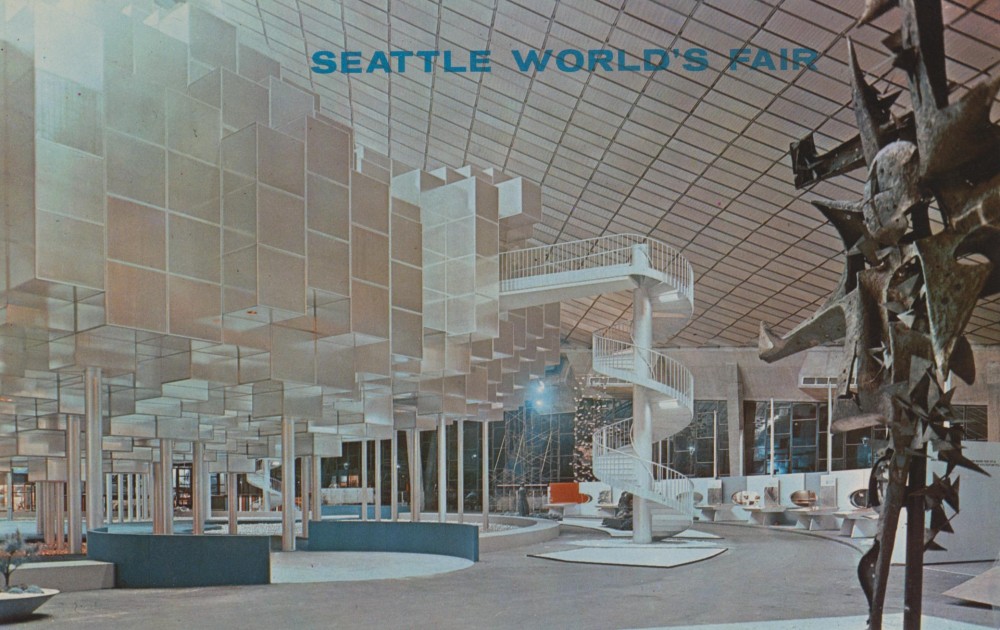 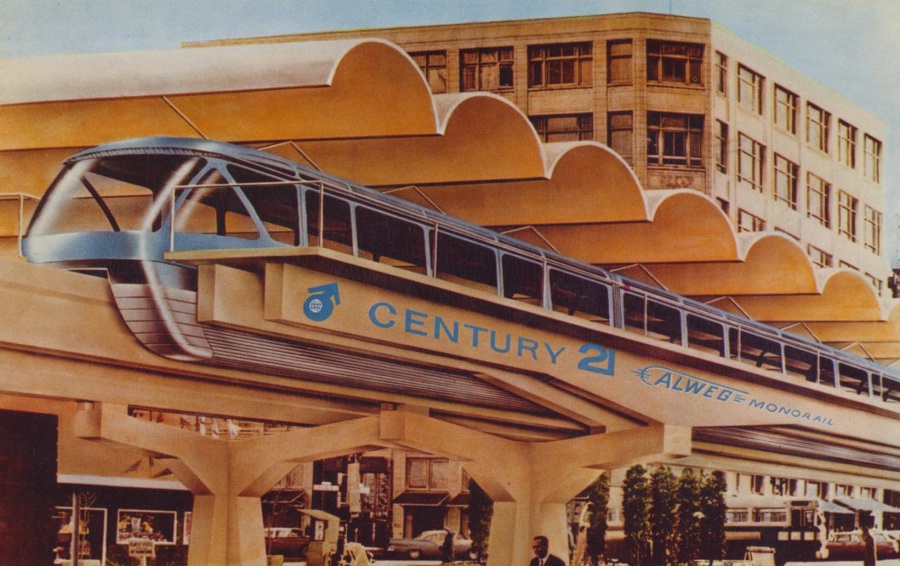 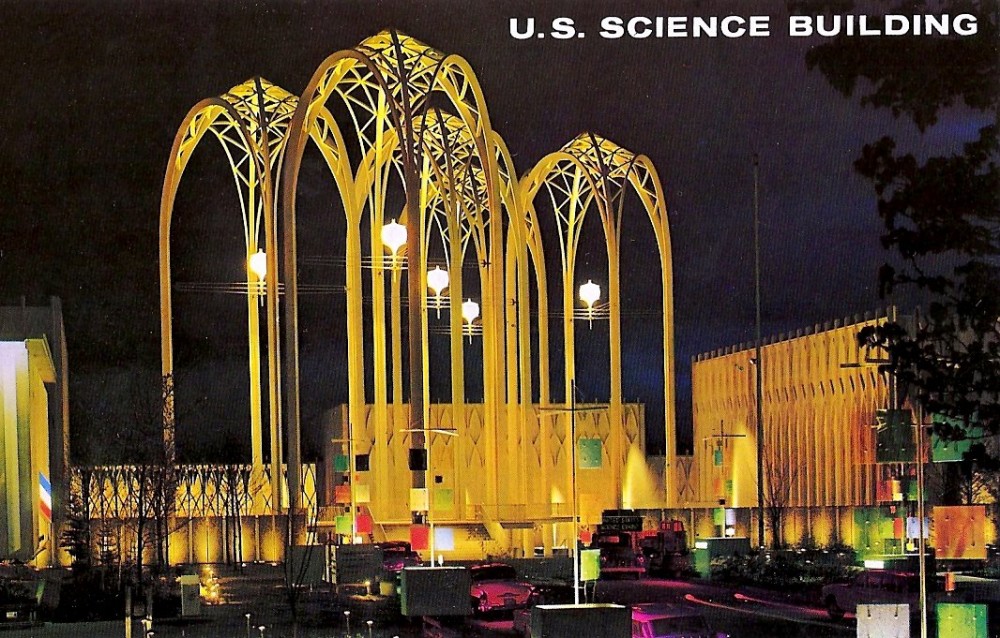