As Harry Trenner told the story, he and his wife Florence were just sitting around the kitchen table after dinner when they hit upon the idea. Harry took it to Weintrob Advertising, where he worked in New York. They showed it to Maidenform and the “I dreamed…” advertising campaign was born.

It would run from World War II thru to the early 1960s, featuring images of women engaged in fantasies—some of them frivolous, some of them less so—of all the things they could do whilst wearing a Maidenform bra.

In retrospect, the advertisements provide a peek into the changing role of women in mid-century America, encompassing the full spectrum of available possibilities with everything from the fanciful “I dreamed I played Cleopatra” and the renegade “I dreamed I was wanted” to the more ambitious “I dreamed I won the election” and “I dreamed I went to work.”

It’s a dream world wherein women of the time could assume roles that still weren’t entirely open to them in real life. Never mind that these were things they were even less likely to do topless save a bra, the ads represent a world of semi-scandalous possibility. And it’s striking how most of the women in them appear: not only are they proud to be wearing a bra in public; they are unabashedly proud of their dreams. 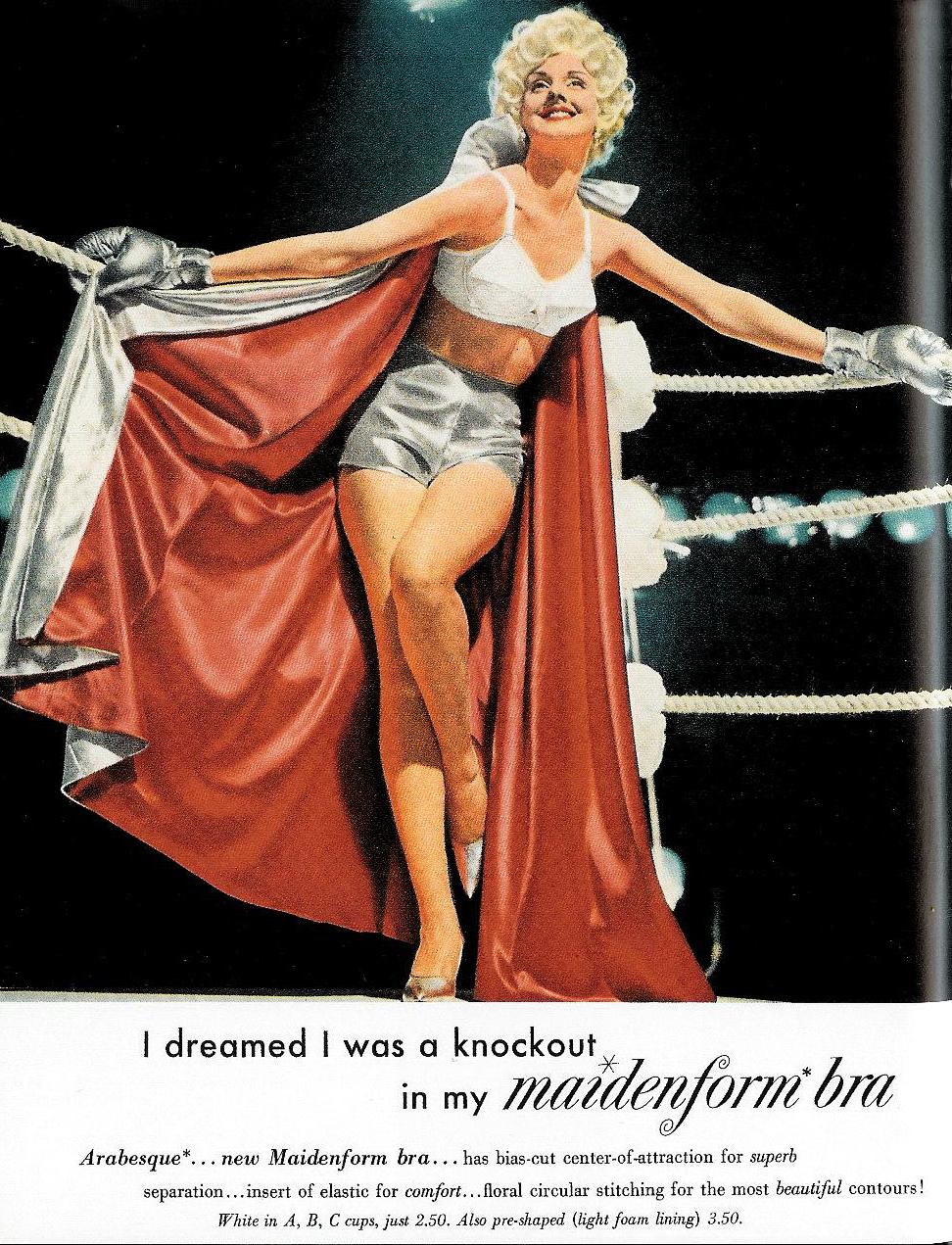 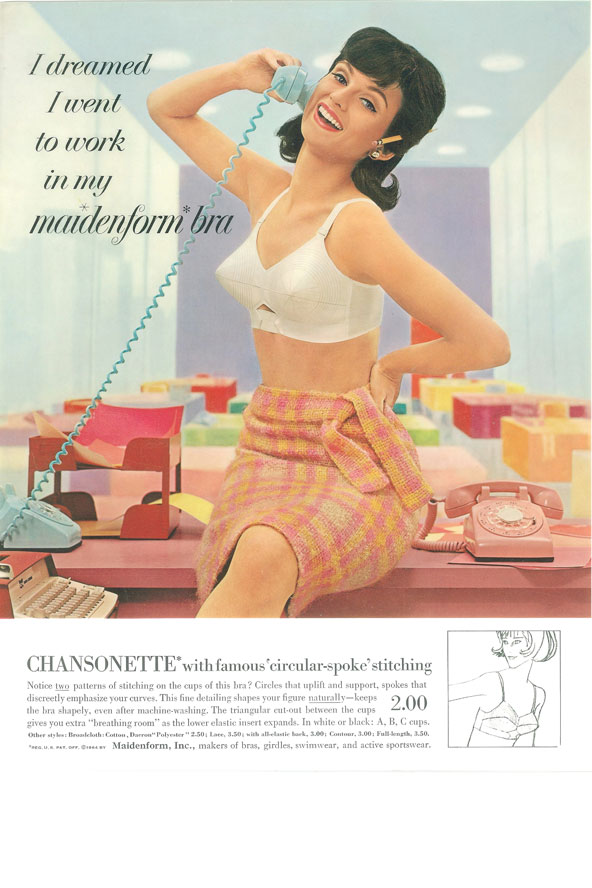 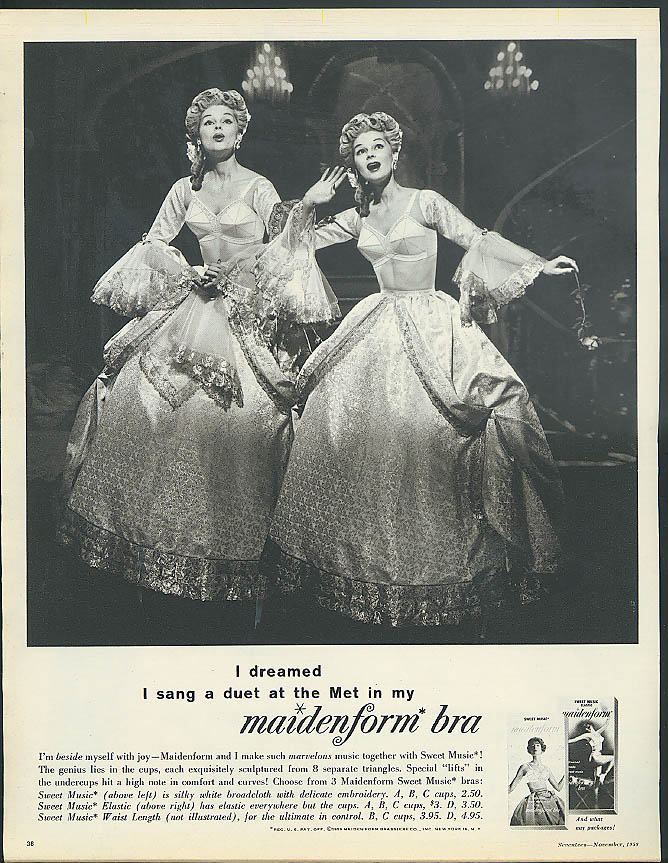 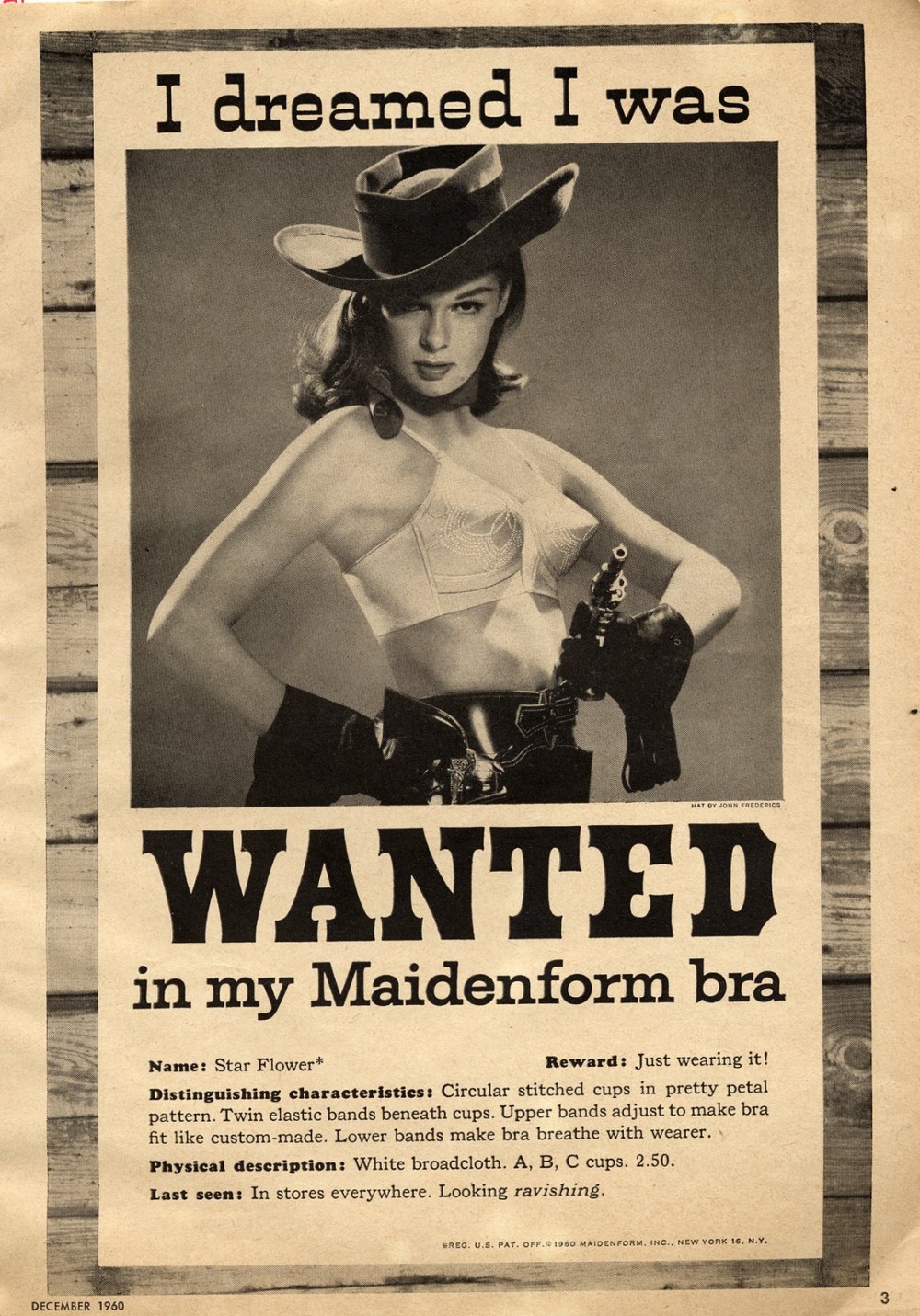 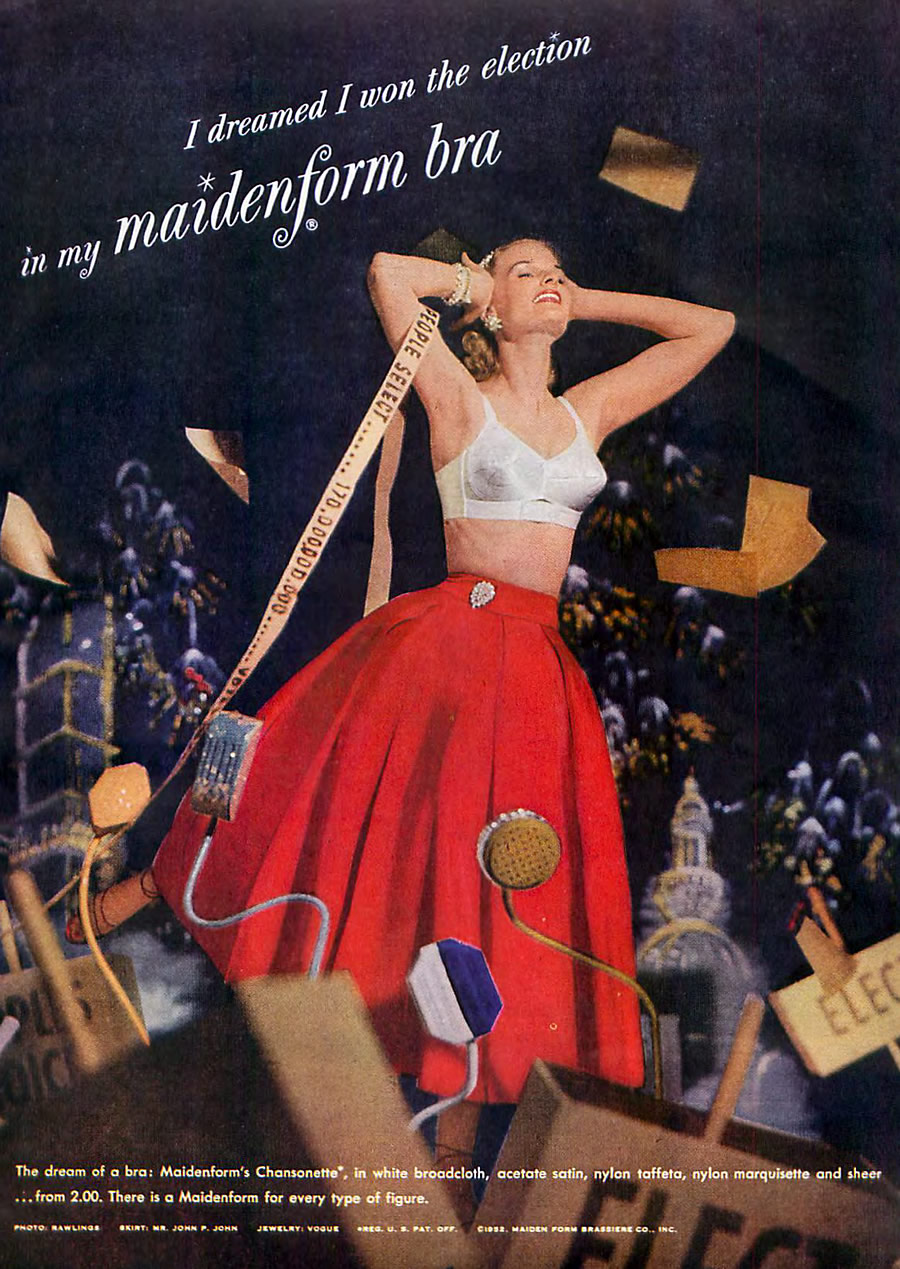 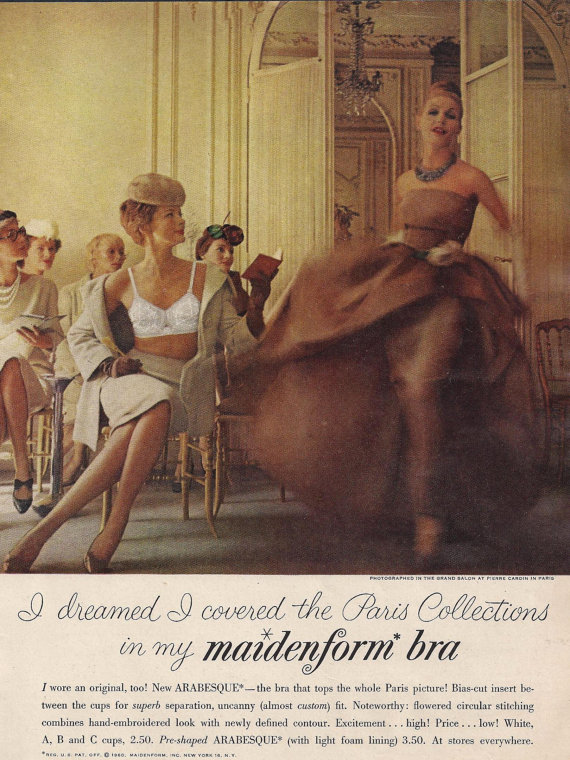 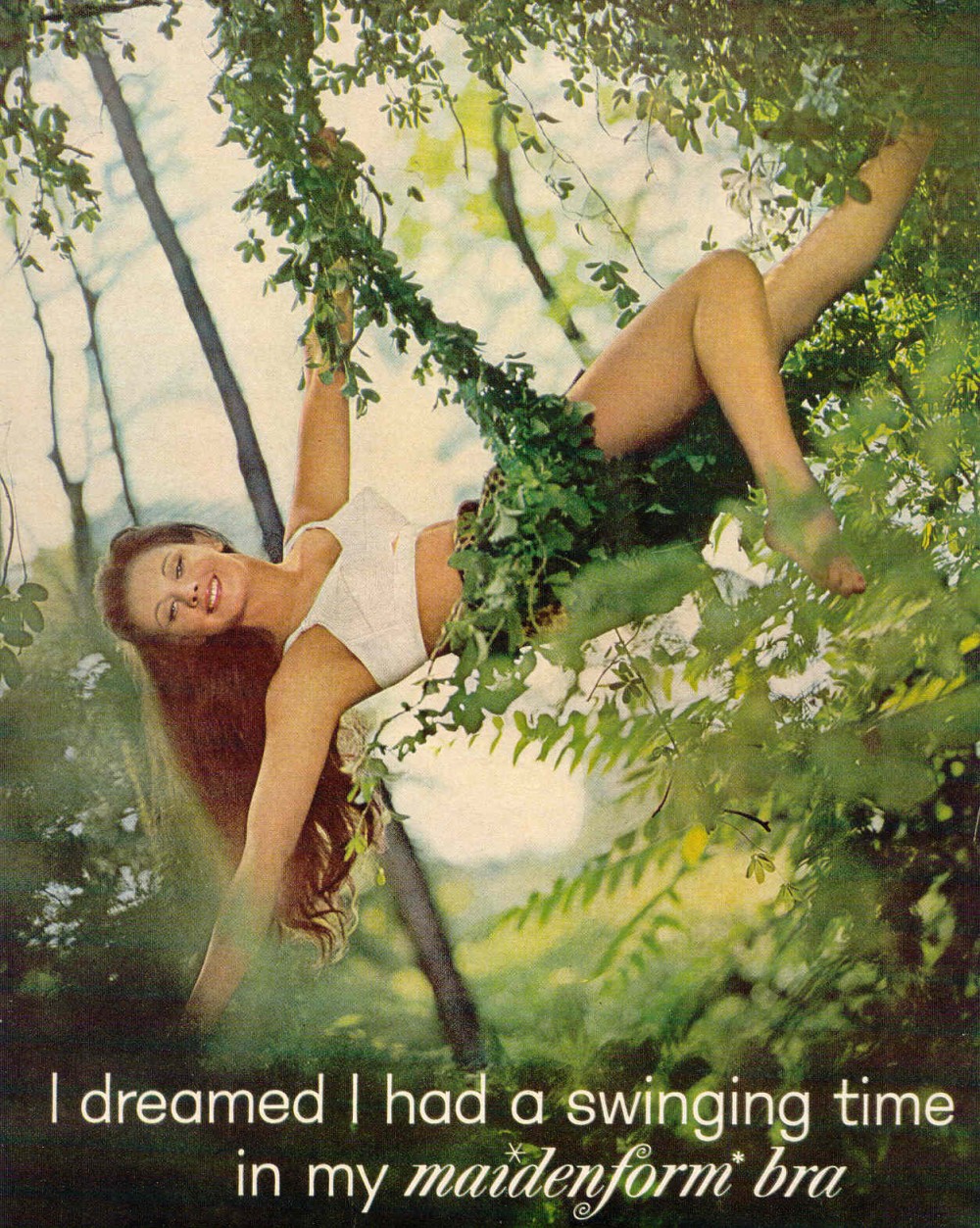 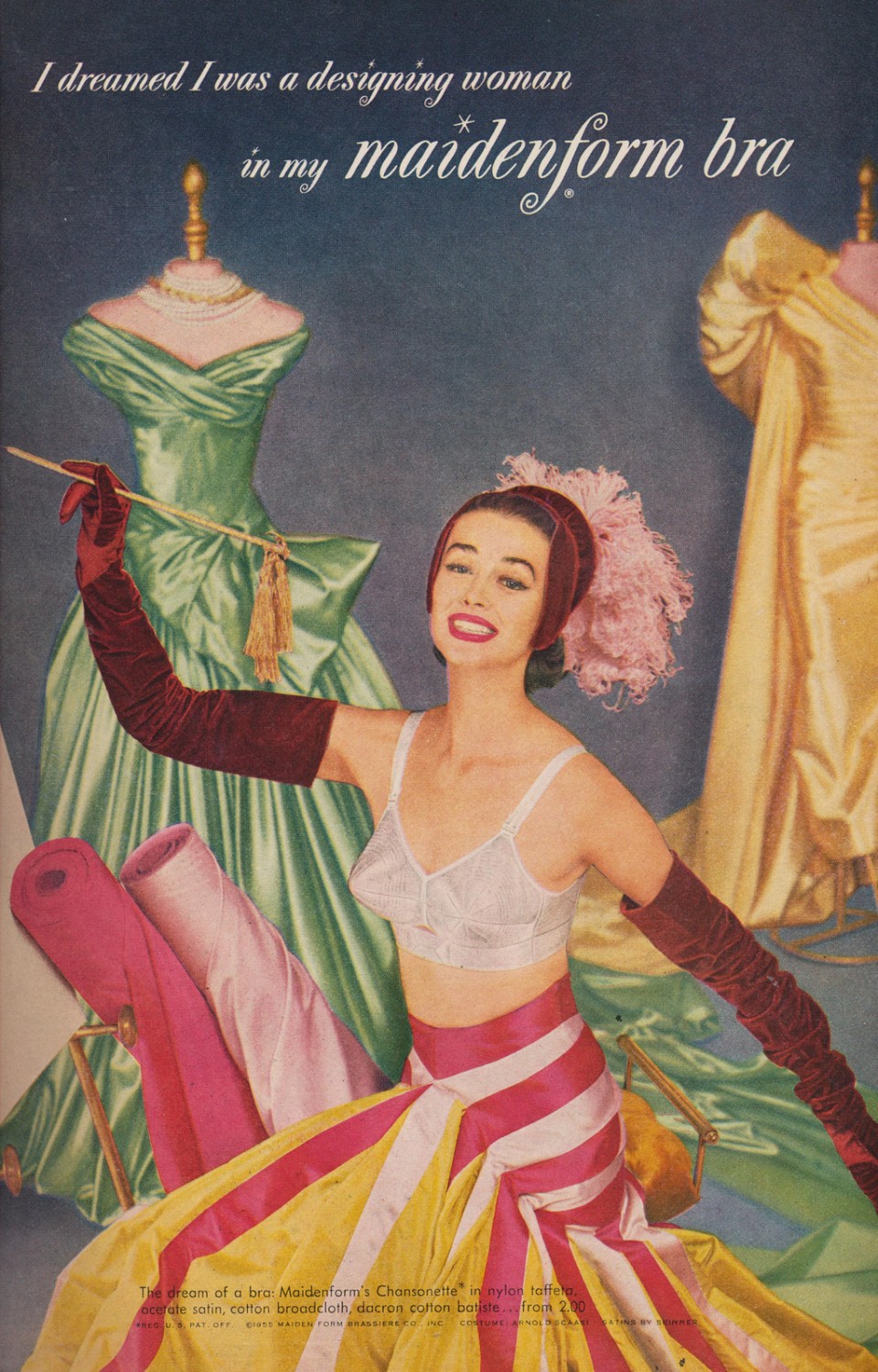 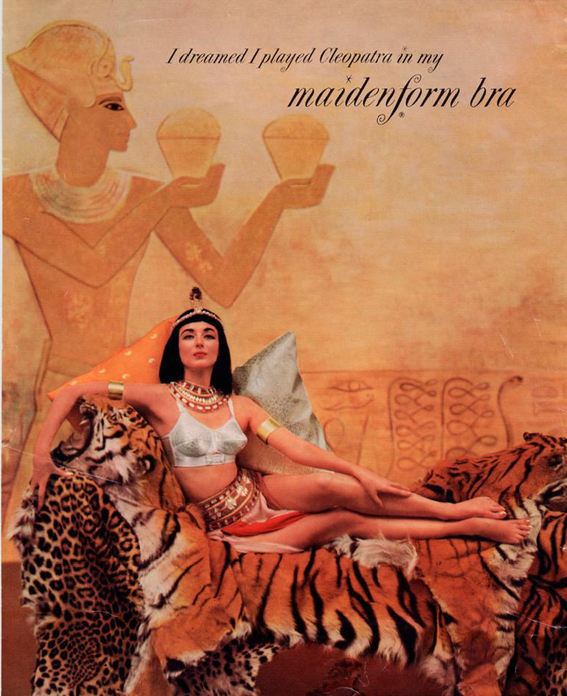