The first of its kind, Airport set the standard for the disaster films of the 1970s. Films such as The Poseidon Adventure (1972), The Towering Inferno (1974), and my favorite – Rollercoaster (1977) collected A-list, B-list, and C-list movie stars and put them into some pretty crummy situations. But their pain is our pleasure; the films grossed a ton of money – Airport made over $100 million on a $10 million budget.

Airport stars Burt Lancaster, the Head of Operations at fictional Lincoln International Airport in Chicago. A snowstorm has hit Chicago and a plane is stuck on Runway 29, closing the runway to all traffic. In the middle of this mess, Burt’s wife calls to make sure he won’t miss dinner again. In the first of many split screens throughout the film, Burt explains that he has to stay at the airport to oversee removal of the plane off the tarmac in the worst snowstorm in 6 years. She complains he loves his job more than her and their children and hangs up.

Burt then does what I would do, and have done, in a similar situation – call George Kennedy. The film veers into what may be the real disaster here as we’re exposed to George Kennedy’s hands and tongue all over a woman in a muumuu. Thankfully, the phone rings. Burt explains the problem and tells George he’s the only man for the job. In another split screen, George asks Burt to “Hold the whipped cream – I’ve just had dessert,” and promises to come in right away.

Meanwhile, airline pilot Dean Martin’s wife drops him off at the airport. He walks into the airport, waits until the coast is clear, then catches a cab for his girlfriend’s hotel room. His girlfriend is also his stewardess who explains she is pregnant with Dean‘s child. She has thought about an abortion, but hasn‘t made up her mind. They head back to the airport for their all-night flight to Rome. Burt is still pretty broken up about the argument with his wife and seeks comfort in the arms of his assistant, who has been busy dealing with elderly stowaway, Helen Hayes.

Striking a more serious tone, the camera flashes to Van Heflin in a seedy apartment preparing a suitcase bomb. He stops by a café to check in with his waitress wife and tells her he is changing his deadbeat ways and is off to a meeting about a job. Although, he takes a bus to the airport where he buys a ticket to Rome and a life insurance policy of $150,000, which he mails to his wife. Van Heflin then boards the plane to Rome, where his nervous nature and tight grip on his suitcase attract the attention of a flight attendant, who alerts Burt. Helen Hayes stows away on this flight and grabs the seat next to Van Heflin. The plane takes off.

Back at the airport, Burt’s wife shows up to ask for a divorce. She announces she has been cheating on him for some time. Burt blows her off and looks into Van Heflin’s background – discovering he paid cash for his flight, bought a large life insurance policy at the airport, was a mental patient, and stole dynamite from his last job. Uh-oh. Burt tells the pilots of the plane to come back to Chicago before they’re blown up.

Being the captain of the plane, Dean enlists Helen Hayes’ help to snatch Van Heflin’s briefcase. While Helen Hayes causes a diversion, Dean‘s girlfriend grabs the briefcase. Although, a nosy passenger takes it back to Van Heflin, who runs into the bathroom and blows himself up, leaving a large hole in the plane. It’s up to Dean and co-pilot Barry Nelson to land the plane back in Chicago before anyone else gets sucked out into the snowy oblivion.

Airport marked the final score for legendary composer Alfred Newman, whose credits include The King and I, South Pacific, The Fighting Sullivans, My Darling Clementine, and many others. His work on Airport earned him his 45th Oscar nomination. The Director of Photography was Ernest Laszlo (Judgment at Nuremberg, Stalag 17, D.O.A.), and the costumes were designed by Edith Head (Man’s Favorite Sport?, Sunset Blvd., Vertigo, Double Indemnity, Sullivan’s Travels).

I’ll review the rest of the Airport series in the coming months – Airport 1975, Airport ‘77, and The Concorde: Airport ‘79. Some forewarning: after seemingly making a deal with the devil, George Kennedy stars in all four Airport films. If you watch the films – man or woman – I dare you to try not to fall in love with Mr. Kennedy. That man is a hero to all men.

If you haven’t already, I suggest you download the great compilation of airline related songs Chris put together.

Above: Alfred Newman’s dynamic score was also his last one 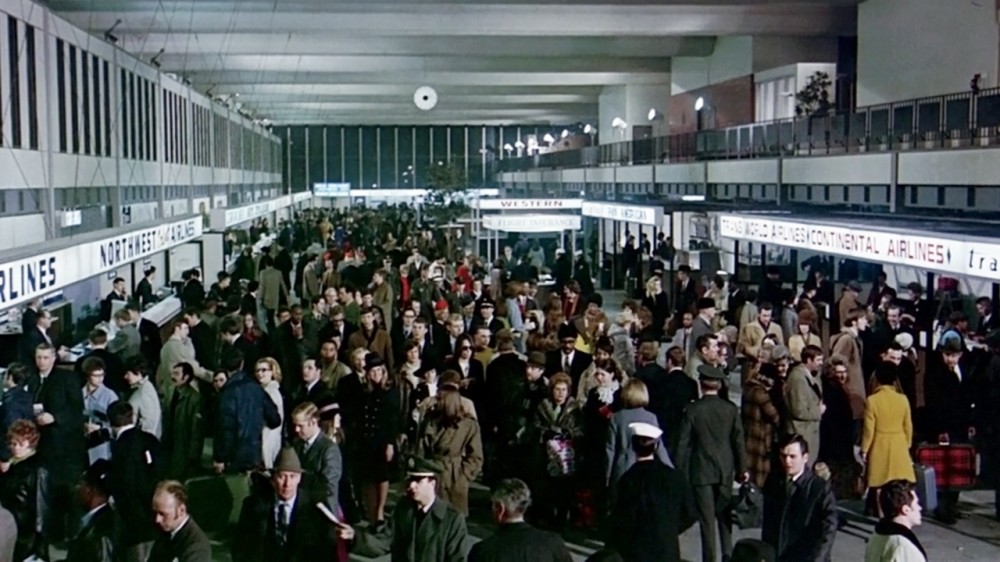 Above: The fictional Lincoln Airport was in reality Minneapolis-Saint Paul International

Above: “Chicago Supervisor listen carefully! Any approach is no damn good if it lands on runway 2-2. We need 2-niner.” 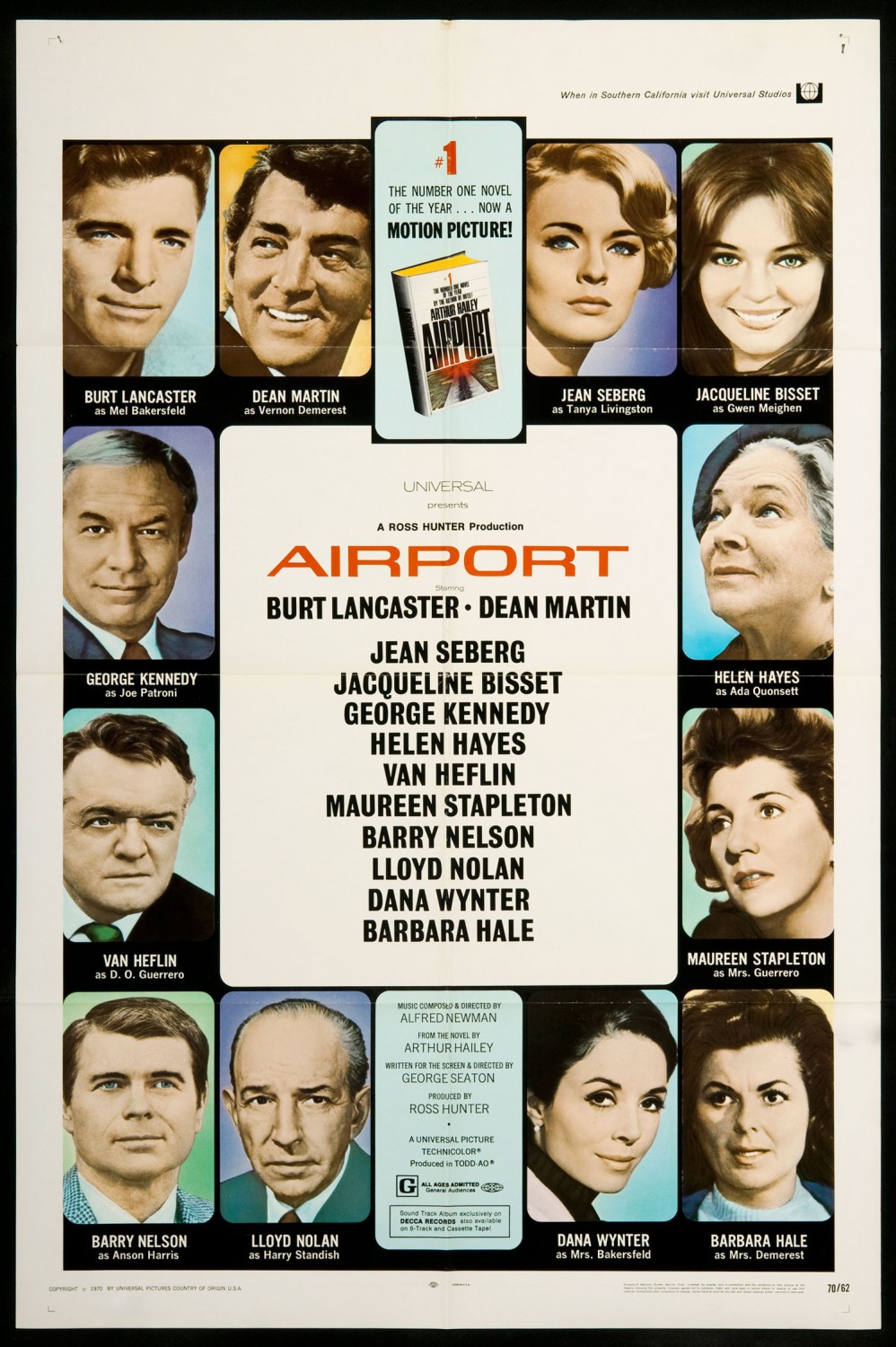 Above: A cavalcade of Hollywood’s finest at the time