In 1972, the original Mel’s located at 140 South Van Ness in San Francisco was selected as a feature location by filmmaker George Lucas for his 1973 coming of age film American Graffiti. Although the movie takes place in Modesto, California, most of its scenes were actually shot in the nearby city of Petaluma.

When filming began, in spite of popular belief, Mel’s Drive-In (aka Burger City) had been not been closed for years and was not slated for demolition either. In fact, Dennis Kay, who was working as director of operations for Foster’s West who were the owners of Mel’s at the time was put in charge to make arrangements for the filming.

We only closed for business on the nights of filming and re-opened the next day. Weeks after filming was completed, they called and said some film had been lost on the cutting room floor, so we had one more night of filming. The only reason this drive-in was selected was because it was the only one of the era that could be found that had trees high enough behind it to block out the modern buildings in the background.

So George decided to lease the location and bring it back to its 1962 look, even if it was just for 2 hours on the big screen. The restaurant remained opened for several years after filming wrapped, but eventually closed up and was torn down by bulldozers. However, the prominent play given to the location has been credited with saving Mel’s from possibly going totally out of business.

Today, several Mel’s Drive-in restaurants still exists around the bay area. The most famous ones are however probably the somewhat cheesy replicas located at Universal Studios in Orlando, FL and Hollywood, CA.

Which is your favorite scene from American Graffiti?

Above: “What about your Double Chubby Checker and Cherry Coke, sir?” 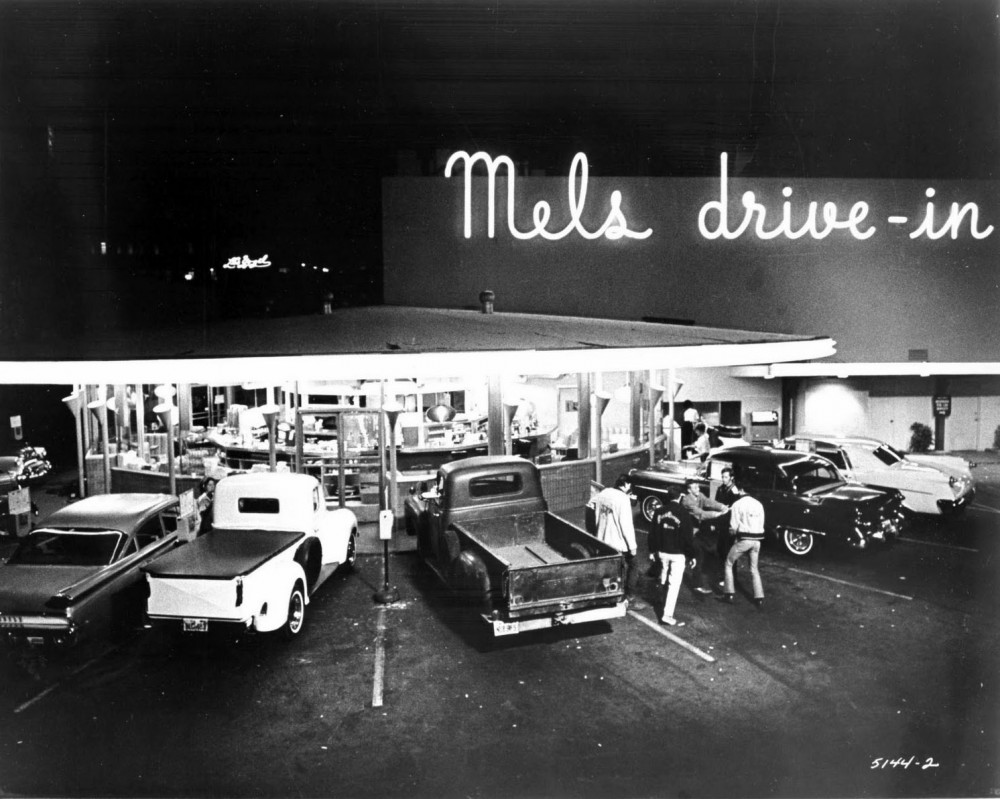 Above: Mel’s Drive-in is featured prominently in American Graffiti 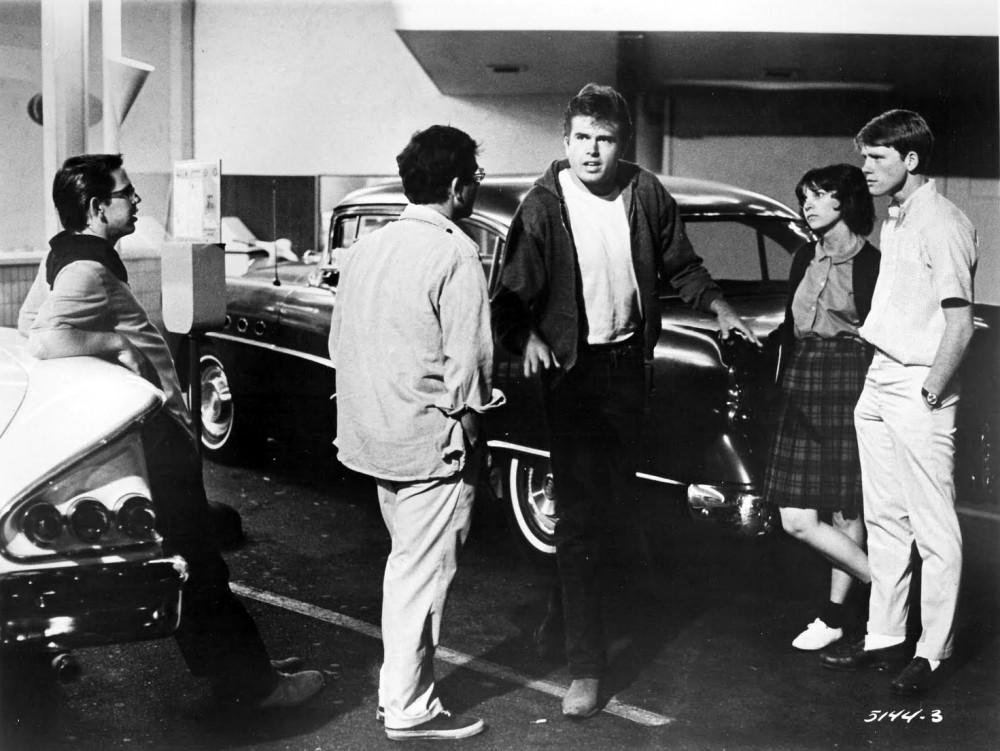 Above: The main cast of American Graffiti 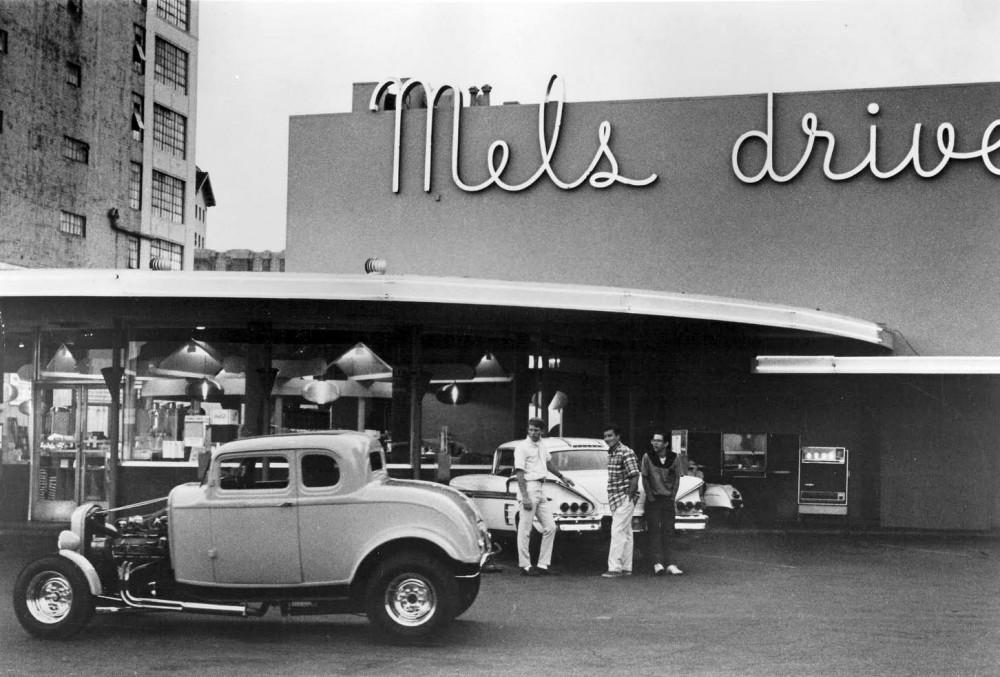 Above: On the set of American Graffiti 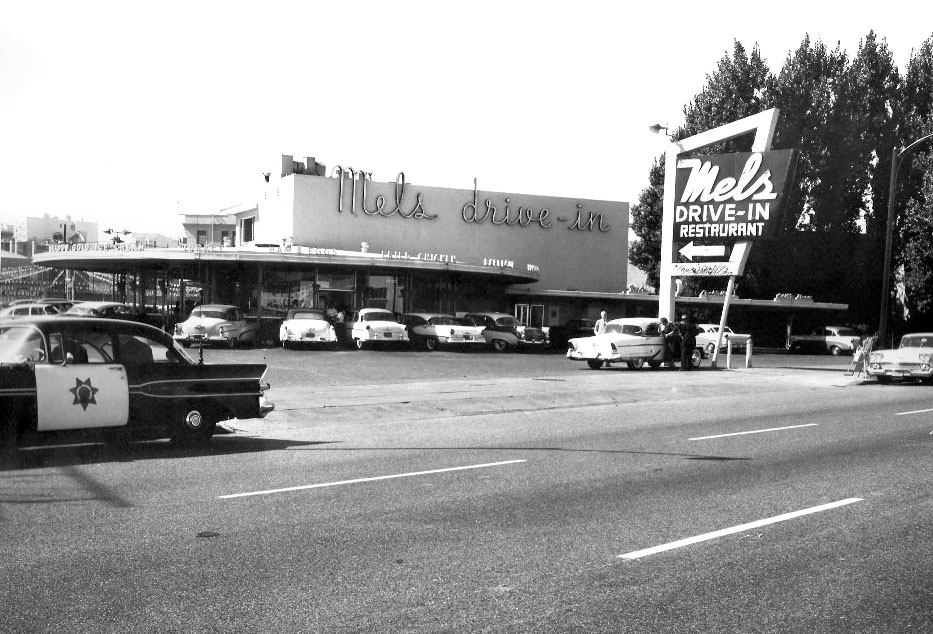 Above: Mel’s Drive-in Restaurant circa 1953 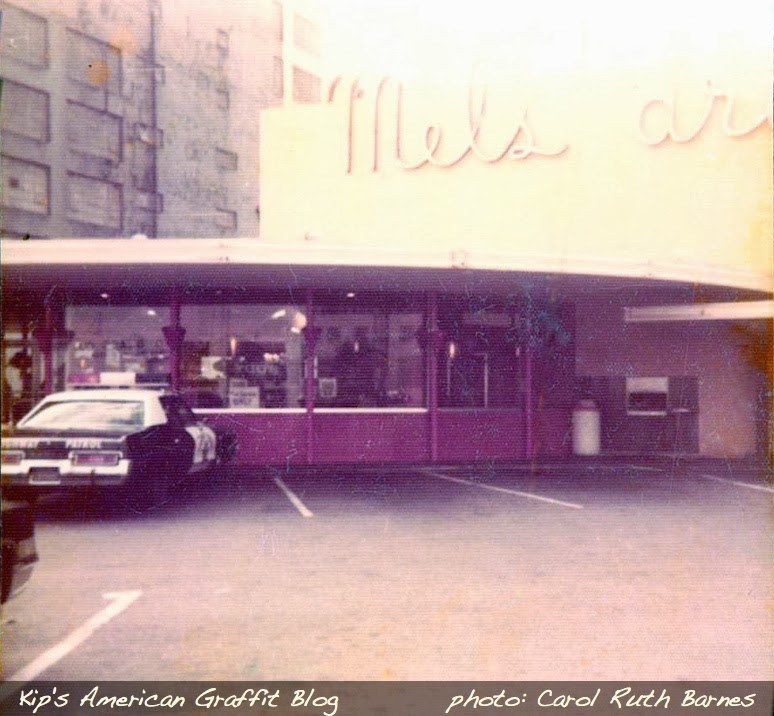 Above: Mel’s drive-in circa 1975 — Photo by Carol Ruth Barnes 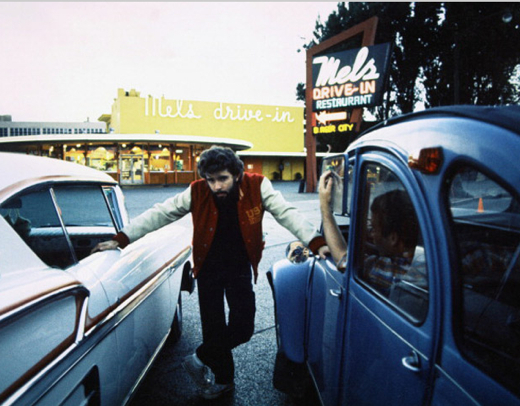 Above: George Lucas while filming Graffiti