Nobody liked the screenplay. After three writers tried to make it better, it was worse! But director Stanley Donen knew, that if the audience would be staring at Gregory Peck and Sophia Loren the whole time, maybe the story really wasn’t all that important.

The romantic thriller ‘Arabesque’ was released in 1966.  It is an amazing cultural benchmark in the sophistication of cinematography and style. The viewer often sees the action through several layers of reflecting surfaces, mirrors, rain soaked windshields or even a bank of TV news monitors. Layer upon layer. Yet it all fits seamlessly, helps the action and has none of the ‘this is art’ pretentiousness of other 60’s films.

Director Stanley Donen started his career as a choreographer. He went on to direct musicals like ‘Singing in the Rain’ and ‘Royal Wedding’.  Said  Gregory Peck,  “Stanley had a terrific instinct, like a choreographer, which, of course, he had been.  If you look at the picture, we were always moving, because Stanley just wanted to keep the ball in the air the entire time, and he used every camera trick you could think of. He also loved filming Sophia’s décolletage and her rear end”.

As an eleven year-old boy seeing ‘Arabesque’ for the first time, I did not know what the word  décolletage’ meant. But, I knew right away that Sophia Loren was a Goddess! I hadn’t realized that a grown-up female could look so utterly and completely beautiful. The camera and lighting work on Loren is some of the most loving and adoring ever put on celluloid. I wanted to spend the rest of my life sitting in that theater doing nothing but staring at those eyes and lips.

Gregory Peck made a great hero. Slightly befuddled and bookish, he was an American everyman amongst treacherous foreigners, who rose to the occasion to be  courageous, resourceful and funny.

It is perhaps because of the solidness and charisma of these two great stars that cinematographer Christopher Challis could successfully play with the realities of the world they occupied.

No small coincidence that Stanley Donen’s previous picture has been ‘Charade’ starring Cary Grant and Audrey Hepburn. But my  favorite is ‘Arabesque’ over it’s more famous predecessor. Put it all together with Henry Mancini’s throbbing, exotic soundtrack and you have a delicious treat and the best that the era has to offer. 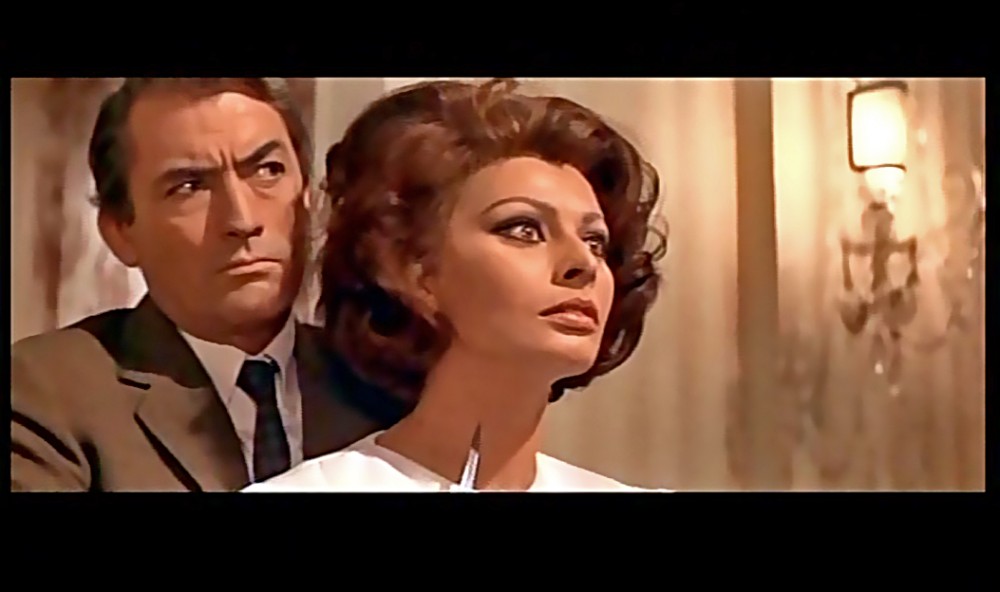 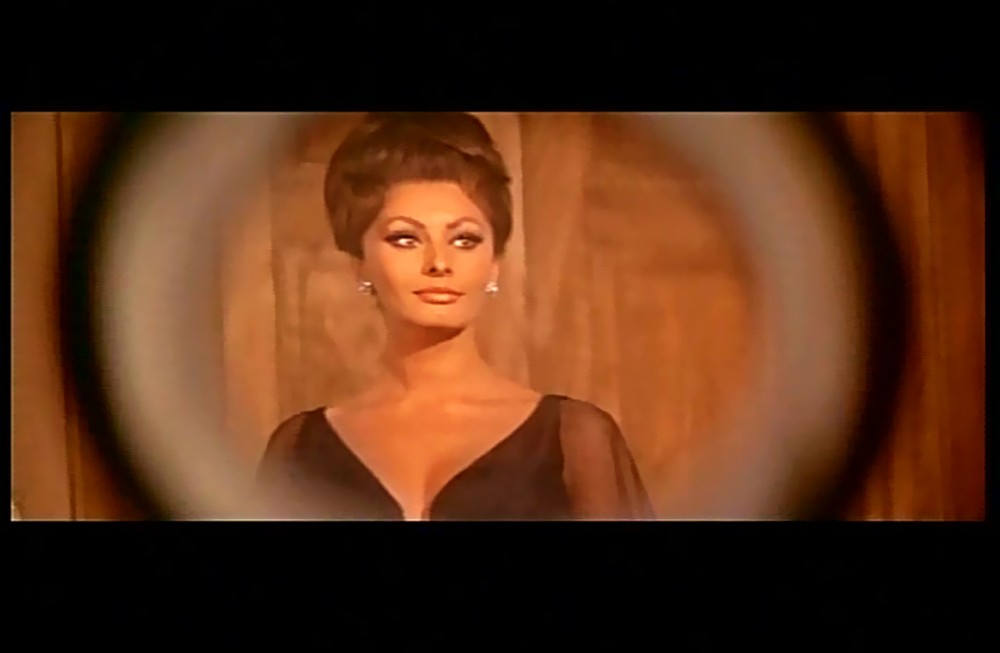 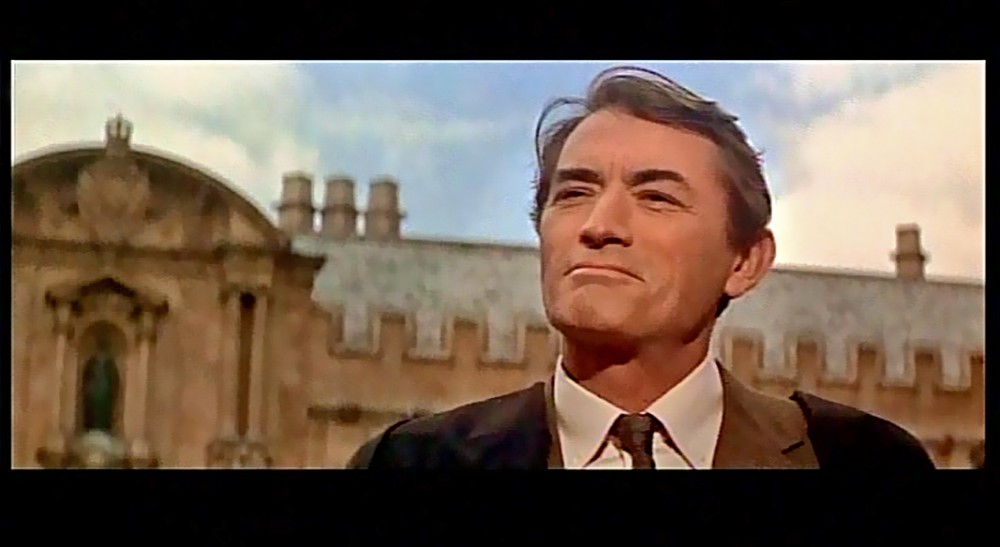 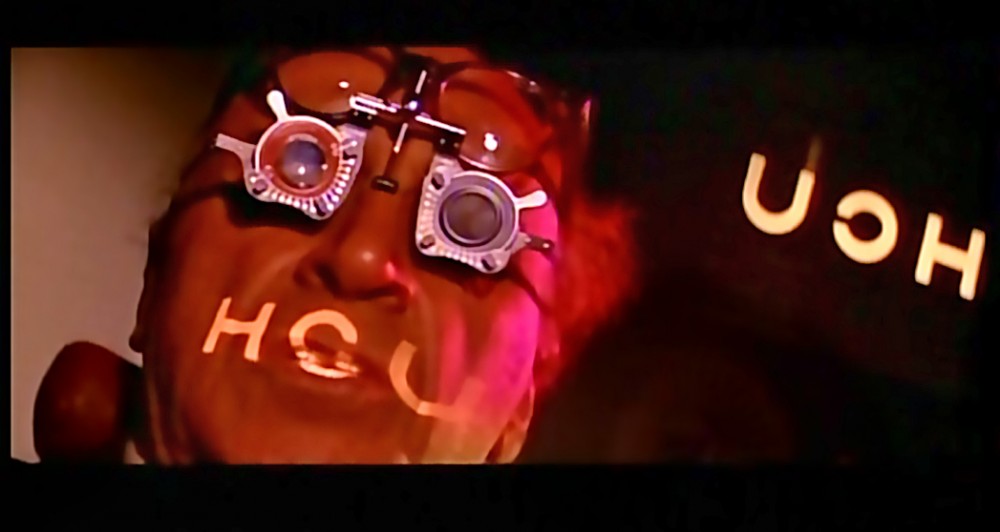 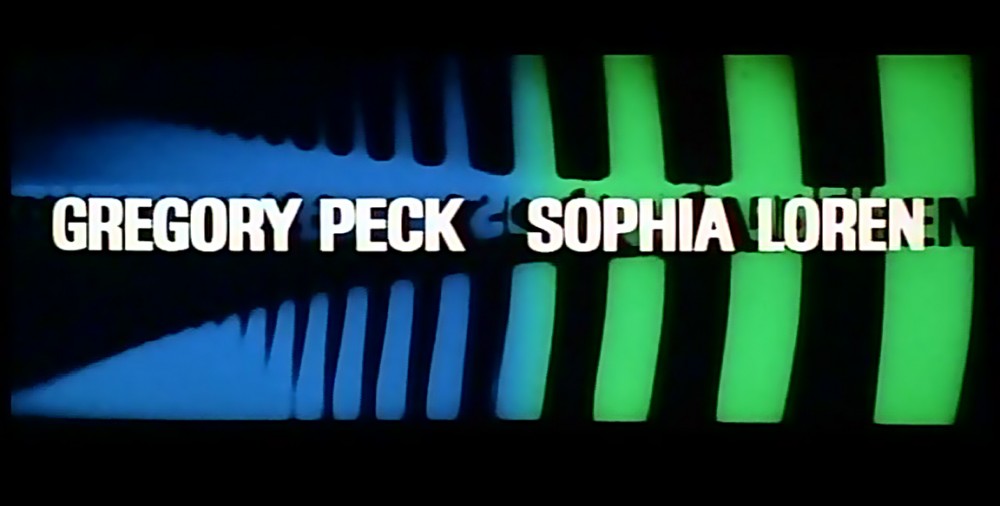 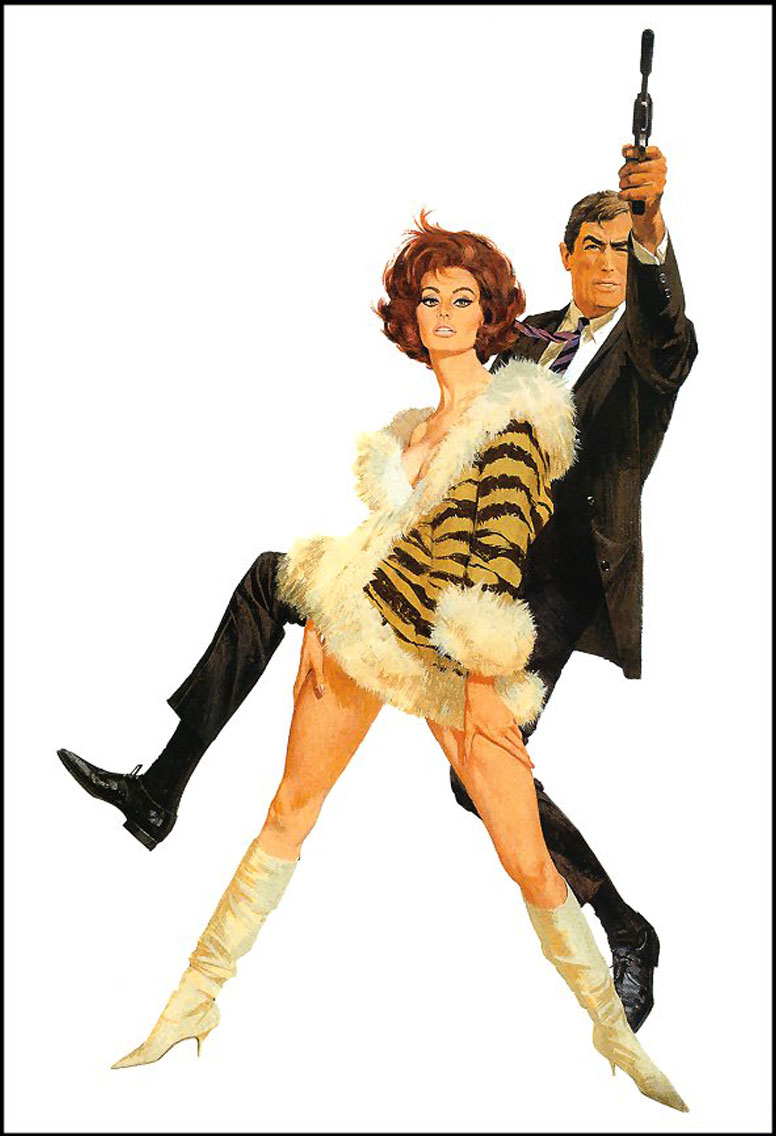