All you need to know is “Raquel!” stars Raquel Welch and was “filmed on location in London, Paris, Acapulco, Mexico City, Big Sur, Sun Valley, Yucatan, and Los Angeles!” She sings. She dances. And Bob Mackie designed the costumes. Prepare yourself to step into a time capsule that is so quintessentially 1970.

“Raquel!” starts off with Raquel singing “Games People Play” during the opening credits then dissolves into “California Dreamin’,” filmed with Raquel exploring the famous sites of Paris. As I noted, the costumes in “Raquel!” were created by the legendary designer Bob Mackie, who certainly had his work cut out for him in this made-for-TV musical extravaganza. For the Mamas and the Papas cover, Raquel is adorned in a low-key red cape with black trim. Though, halfway through the song, the tone and location change as she is transported to Mexico where she does some far-out space dancing to an instrumental drum soundtrack. Suited up in a silver bikini, Raquel is joined by a couple of gyrating astronauts. But, faster than you can say “bad acid,” we’re back in Paris where Raquel closes out “California Dreamin’.”

We next join Raquel at a press conference where she talks about being a mother and a sex symbol, growing old, and disliking Hugh Hefner and “his philosophy.” (I should note that while Raquel relished her role as sex symbol, she openly criticized the 1960s “free love” movement and famously butted heads with directors who wanted to film her in nude scenes.) While the audio shifts back and forth between clips of the press conference and Raquel singing Harry Nilsson‘s hit “Everybody’s Talking,” the video focuses on Raquel walking along the beach at Big Sur.

Raquel then meets up with John Wayne who teaches her how to ride a horse and shoot a gun. In the following segments, Raquel sings “Peaceful” while skiing down the slopes of Sun Valley, “Raindrops Keep Falling On My Head” while dancing around a fountain, and “Here Comes the Sun” sporting a dated gypsy/harem girl/Mrs. Roper-type muumuu in Acapulco. We then move to the Yucatan with Raquel singing “Good Morning Starshine” while dancing around a pyramid in a virginal, sacrificial gown with gold armbands and matching sandals. Then she launches into “Age of Aquarius” and “Let the Sunshine In” with a group of models adorned as the signs of the zodiac. My favorite is the lady with a fish on her head. The medley ends with Raquel in a white jumpsuit with men in traditional costumes dancing around her.

Then we take off for England where Raquel recites an Alfred, Lord Tennyson poem to Tom Jones. He can’t take it, so he breaks into “I Who Have Nothing,” whilst sporting a bowtie and mutton chops. And this is where you should stop the DVD. Because I love, love, loved the first 30 minutes and it just gets really weird from here on. If you must continue, you’ll find Raquel and Tom Jones in a London nightclub singing a medley of Little Richard classics such as “Lucille,” “Tutti Frutti,” “Jenny Jenny,” and “Good Golly Miss Molly.” Alas, Raquel’s strong suit does not lie with 1950s rock and roll as Tom leaves her lyrically behind, belting the tunes and otherwise gyrating the night away.

The sordid scene must have depressed her, because Raquel next does what I do to unwind – singing “Sounds of Silence” in a pink satin dress with hood while frolicking in a field with wild horses. And in what I call a typical Sunday afternoon, Raquel dons a cowgirl outfit and meets up with Bob Hope who sports a 10 gallon hat. As people sometimes do, they break into a duet of “Rocky Raccoon” while acting out the parts and… well… the whole scene is just awful. The special ends with a reel of bloopers and behind the scenes clips.

I strongly suggest you watch this DVD. The mood, Raquel, the costumes, Raquel, the locations, and Raquel will take you back to a more pleasurable time and place where it was OK to dance around a pyramid with a fish on your head. 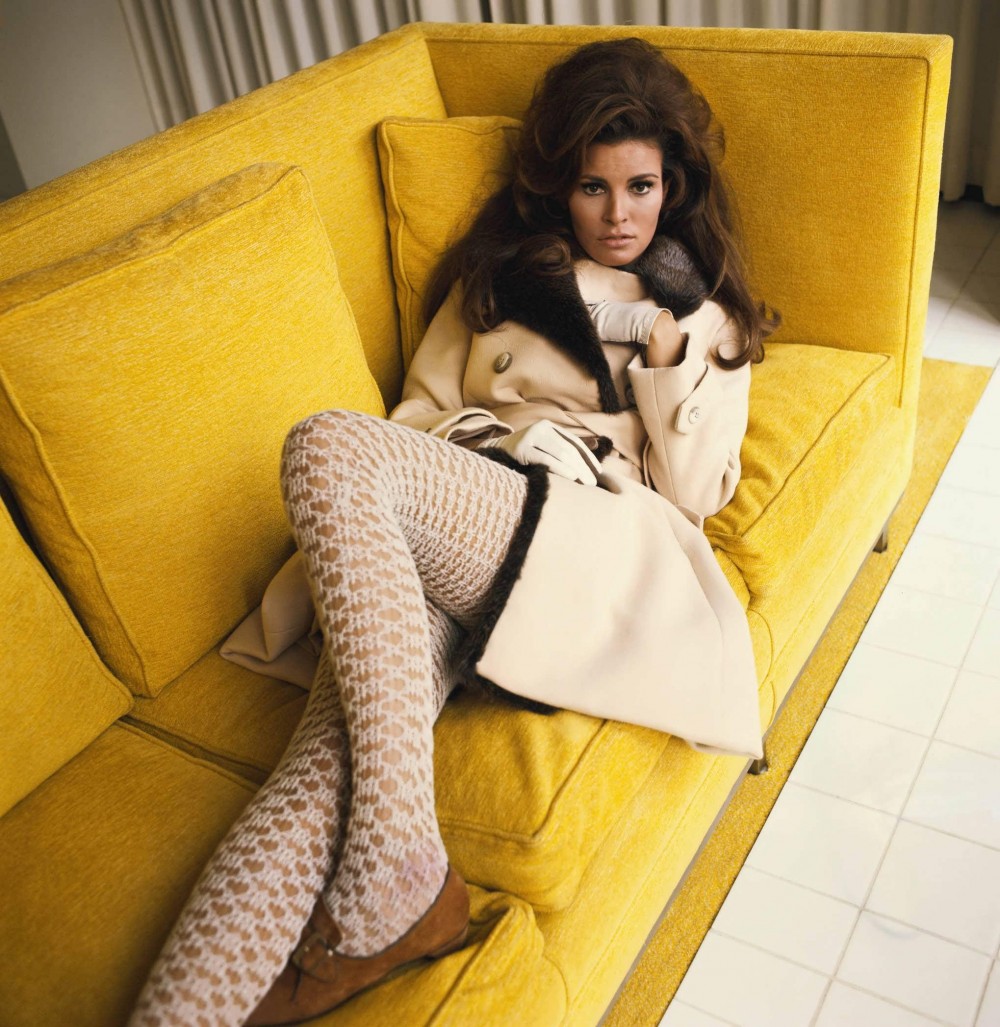