Home » Film » Three Classic Sci-Fi Movies from the Past

Contributor Klara have been busy time traveling into the golden age of science fiction, on a mission to find three classics that will please and catch the imagination of the readers of Ultra Swank. So, head out to the launchpad and strap your self in, our rocket’s first stop is the moon!

It is a fun jolt to see a film in which these lines are spoken without the slightest hint of sarcasm. “Destination Moon” was pure science fiction when it was released, and the first of its genre to be produced in the United States. Now it’s practically pre-historic, and certainly not as much about fiction. But that is what makes it so charming and a kitschy to watch. Pull out your old space suit and get ready for a trip! Anyhow, these gentlemen set about trying to get investors on board to build their outlandish and unheard of rocket ship to the moon. Their instructional film, within the film (a cartoon starring Woody Woodpecker, of all things!) is nothing short of awesome. It teaches in simplified terms how a rocket can indeed get to the moon with far less effort than perceived – for all the skeptics.

This film was released in 1950 and man’s first steps on the moon’s surface were taken in 1969 and that is why “Destination Moon” is a film that instantly reminds us of the science-fiction genre’s ability in, and reputation for, foreseeing the future. If it is a bright look, such as the idea of going to the moon, it is a welcome trait. (Disaster films that cloud the science fiction genre are deplorable, but that’s another topic.) Our imaginations can create our future and it’s important to realize the strength of our storytelling. “Destination Moon” also gives one a feeling of nostalgia for a time when science was all about the possibility of what is to come… as opposed to now, with our having to look rather far back in our history to find those peak moments of scientific achievement and excitement. If you’re in the mood for a little space travel, “Destination Moon” is definitely the retro sci-fi pick for you.

Who doesn’t love watching a stylized, madcap, bachelor-pad-beat–filled sci-fi flick… in Italian? In the society depicted in “La Decima Vittima”, or “The Tenth Victim”, those with a violent nature have the chance to quench their tendencies by way of legalized murder. It’s a dangerous game – one is the hunter and the other the hunted, there are murderers and murderesses running amok with licenses to kill one another. Oh, but it’s all very organized and acceptable. Practically civilized. There are location scouts for where the big hunt’s finale will take place, contracts to consider, and so on… The public, similarly, can be entertained by this indulgent arrangement by way of broadcasts, as they anticipate and bet on who will win. Sound a little familiar? Its subject is far ahead of its time. You essentially have a look at what reality programs are today, but this was four decades in advance. Rather impressive!

Without “La Decima Vittima”, there would not have been a “Running Man” or any number of other films of this variety. (There is even a primo scene with Ursula Andress that inspired the Austin Powers bullet-bra wielding ladies.) This film is essential 1960’s viewing, as are the mod wardrobes. And, of course, there are the film’s leads – Marcello Mastroianni, Ursula Andress and Elsa Martinelli. All of whom are easy on the eyes. The Tenth Victim is a funny, stylish and exciting sci-fi romp… Italian style.

“Farhenheit 451”, directed by Francois Truffaut and based on Ray Bradbury’s classic tale, is a slightly odd one to watch in that it takes the viewer through several dismal emotions, such as alienation and loneliness. In this sci-fi thriller, firemen do not put out fires, but create them. Their main objective is to burn books, since books are perceived to be dangerous. The government has determined to ban each and every work of literature because they can separate people and make them ‘unhappy’.

People are told it’s best for their well being to be uniform in their thinking. The story’s protagonist is Guy Montag, a dutiful fireman moving up in the ranks. Consequently, the situation is seen from the perspective of enforcer rather those who are the subjects of this rigid discipline. Montag’s wife, Linda, is also abiding in her endeavors, as she takes her calming pills and watches her TV ‘family’ or ‘cousins’ on their wall screen at home. Early on, Montag befriends a woman who opens his eyes to how he and his colleagues are perceived, and she is a major catalyst in his personal conflict. Montag is motivated to do well at his job, but begins to question his duties and starts to secretively and obsessively read the banned books he was meant to destroy. He finally tires of watching as his wife is brainwashed day after day with her pills and television, while he destroys all that really connects people to humanity and to their past.

“Fahrenheit 451” is a sad and forlorn portrait of what the world could be without books, and it makes you glad to have the option to read (though of course not many even do!) Ray Bradbury has said he was inspired by numerous book burnings and even the turn of the century witch-hunts to write this sci-fi classic. Truffaut’s stark film version stars Julie Christie and Oskar Werner. This is one of those films that’s perfect to watch a cold and rainy afternoon – and you’ll want to pick up a good book right after! 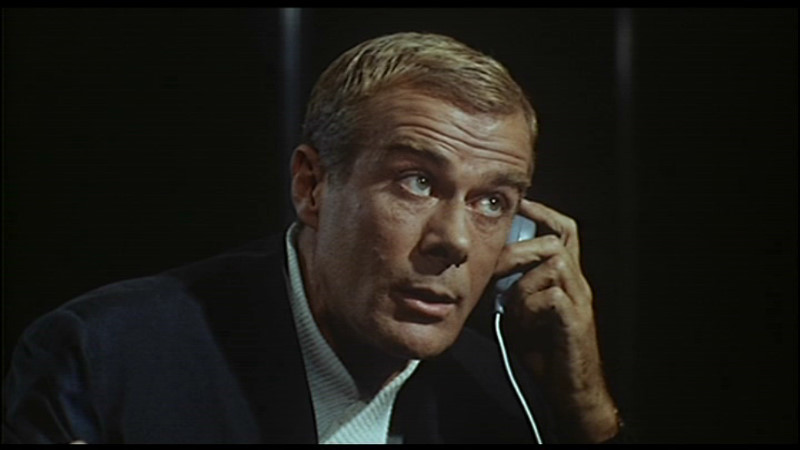 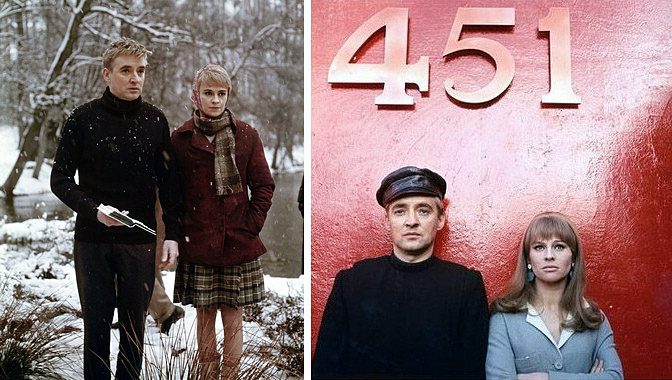 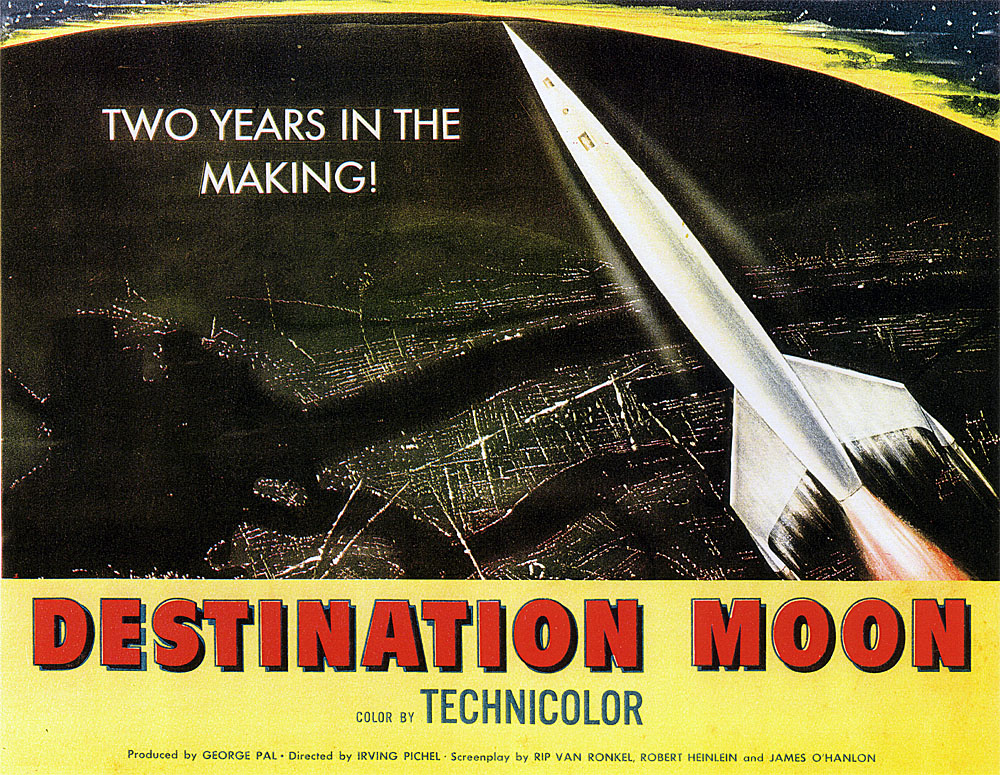 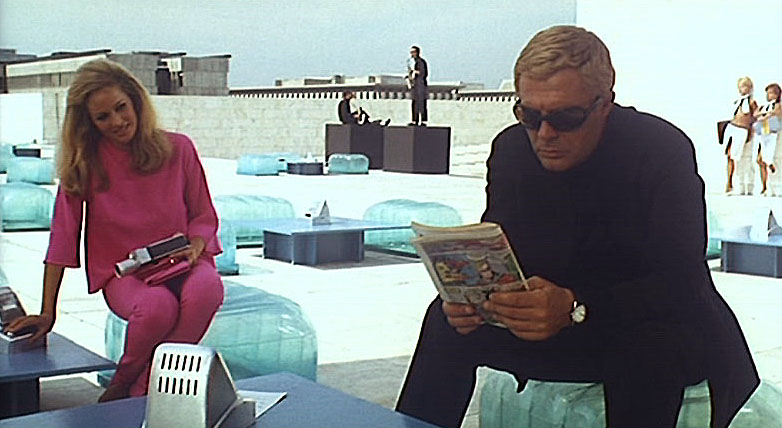 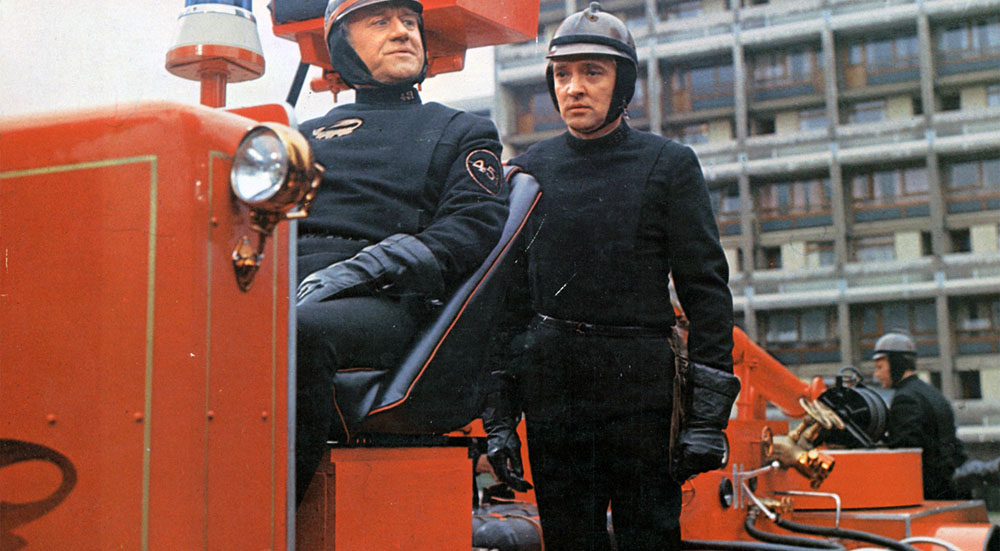 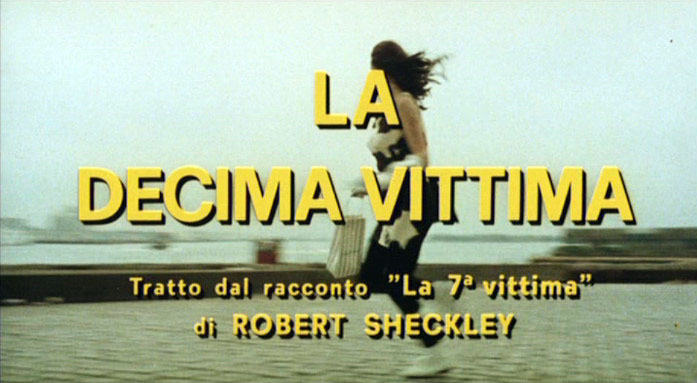