Home » Film » Tickle Me – That time Elvis Battles a Ninja

What do a dude ranch, a hidden treasure, and an Elvis-battling ninja have in common? Tickle Me! Elvis Presley’s 18th studio film takes us to a dude ranch in the American Southwest where Elvis is helping out. Like many men his age, he wants to earn enough dough so that he can join the rodeo circuit.

However, his plans are quickly forgotten when he meets a beautiful girl who holds a treasure map left to her by her father. To find the hidden gold, they need to uncover clues in a ghost town. But before they do, they are horribly massacred. No, that can’t be right.

The songs in Tickle Me are rehashed from earlier albums and films. They aren’t anything special since Elvis pretty much gave up recording good music during the early to mid-1960s in favor of churning out 3 films a year. After all, Colonel Tom Parker‘s gambling habit wasn‘t going to pay for itself. Tickle Me includes songs such as It Feels So Right, (Such An) Easy Question, and Long Lonely Highway.

Tickle Me co-stars the gorgeous Julie Adams, best known for her work in a bathing suit in The Creature from the Black Lagoon, and is directed by Norman Taurog who helmed a slew of other films starring The King.

From 1965 on, you won’t find much in the way of good Elvis movies, Beach movies, Jerry Lewis films, or other teen exploitation cinema. Although, because of the happy-go-lucky tone of the film, the assortment of buxom beauties in hot pants, and the unusual locations, Tickle Me is one of my top 5 favorite Elvis films, and I’ve seen them all. Except for Harum Scarum, of course. 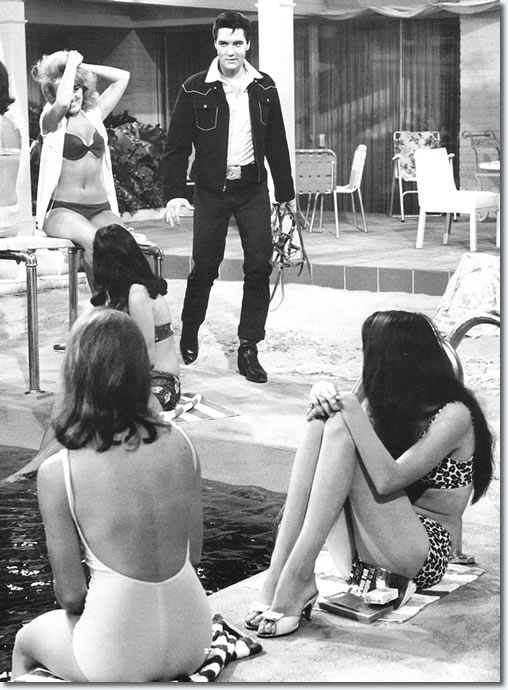 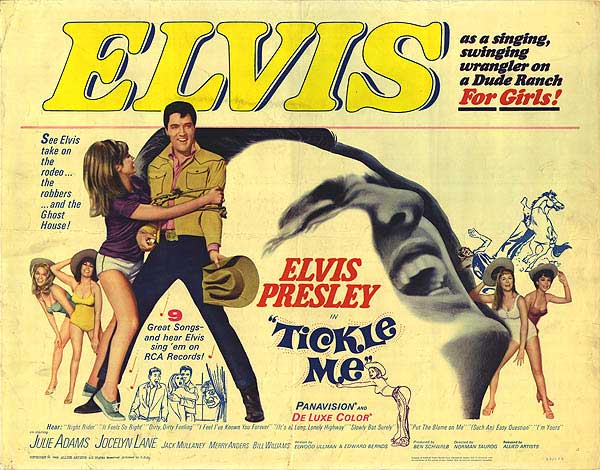