In the mid-1970s, English automaker Lotus replaced the Europa, a boxy, mid-engined pocket-racer for driving enthusiasts, with a now-classic wedge design, and called it the Esprit. With sharp ‘folded paper’ lines and flat surfaces courtesy of legendary designer Giorgetto Guigiaro, the outrageously low and wide Esprit looked like nothing before it – and nothing since.

It represented Lotus’s attempt to step into the higher-end exotic market, competing with the likes of Maserati and Ferrari, but at a lower price and with more handmade charm. An early version debuted to acclaim at the 1972 Turin Auto Show, and the first production Esprits, retroactively known as the S1, entered the market in the summer of 1976, at close to £8,000 in the UK and $16,000 in the US.

The US models were subject to emissions restrictions which adversely affected performance, and while this was a disappointment for some, the nimble handling and attention-demanding looks ensured the Esprit gained a following. This was only enhanced when it featured in the 1977 James Bond film ‘The Spy Who Loved Me,’ where, among other fictional capabilities, it morphed into a submarine.

Small improvements came with subsequent models, while a turbo option in the 1980s enhanced the power output. The Esprit underwent a major redesign in 1988 which softened its sharp edges, and it remained in production until 2004.

But while other supercars of the era, such as the Lamborghini Countach and Maserati Bora, bested it in raw horsepower (and price), the S1’s simple, clean lines and playful colors – options included yellow, orange, and brown exteriors, and a tartan cloth interior with marcasite headliner and dashboard – made it the Everyman’s Supercar, one that could have come only from the 70s – but happily has endured beyond.

Justin is a published writer of two books, lots of fiction and essays in journals. He lives in a great 1970s modern pad and loves the retro lifestyle. 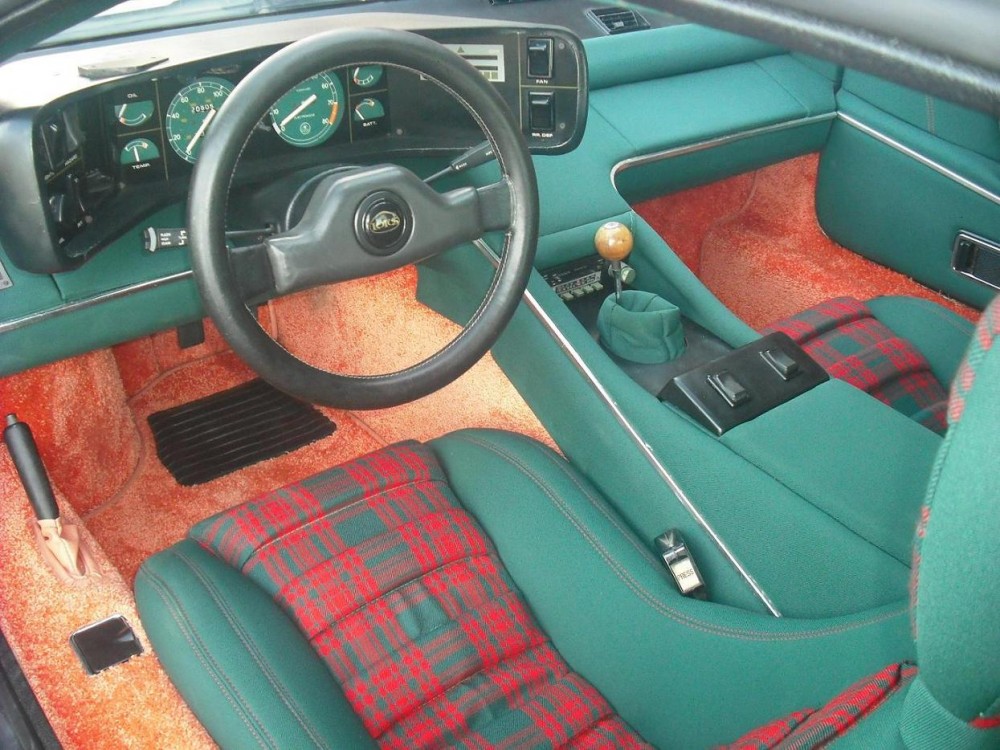 Above: Interior of a Lotus Esprit 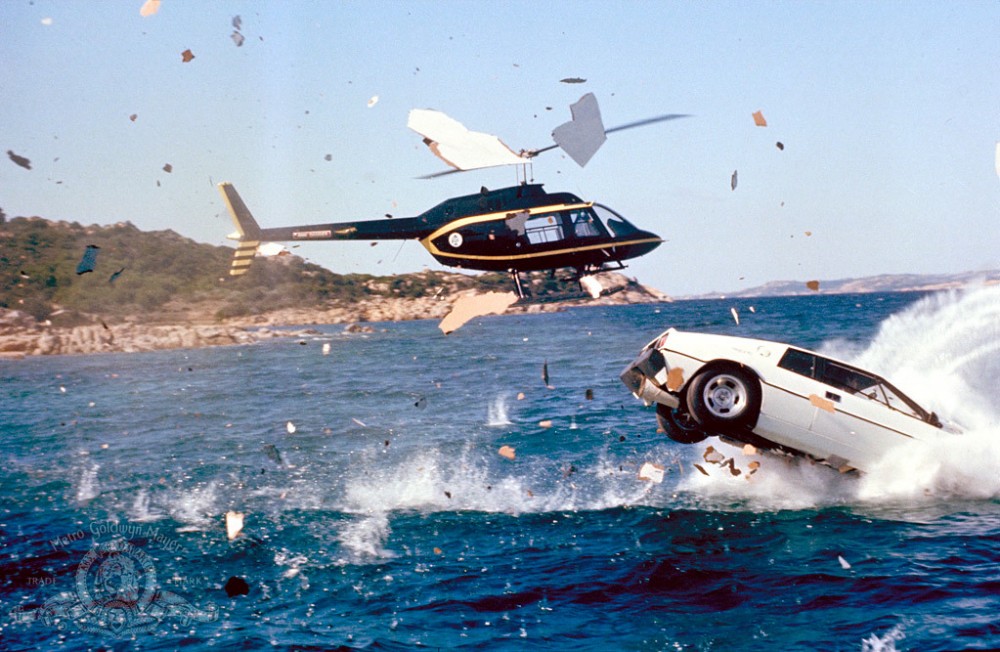 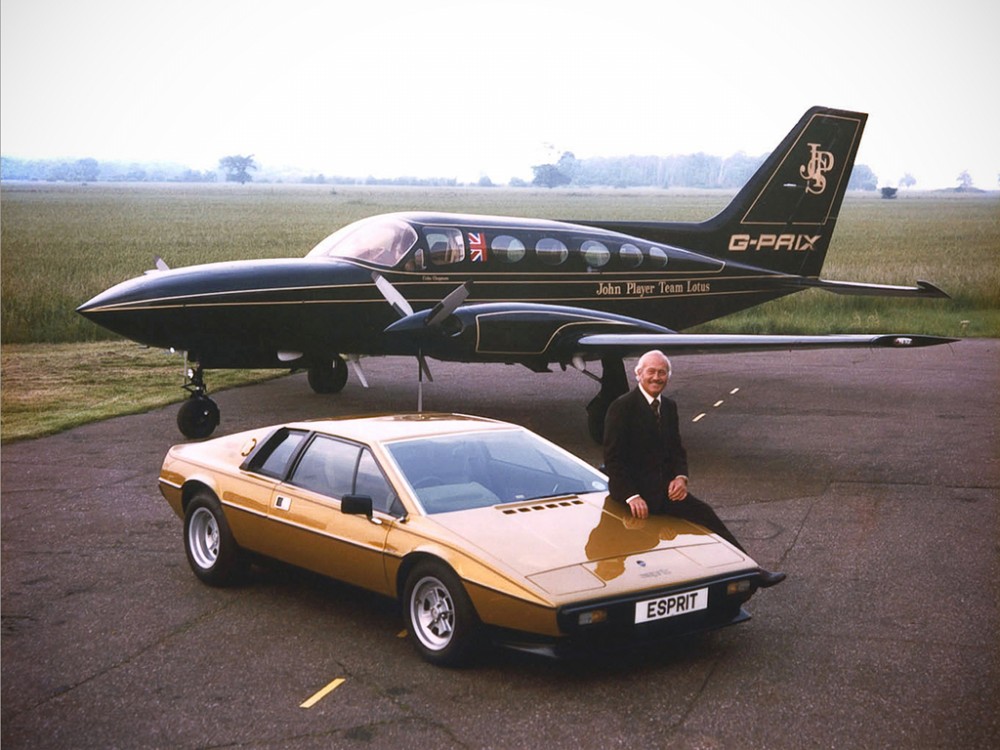 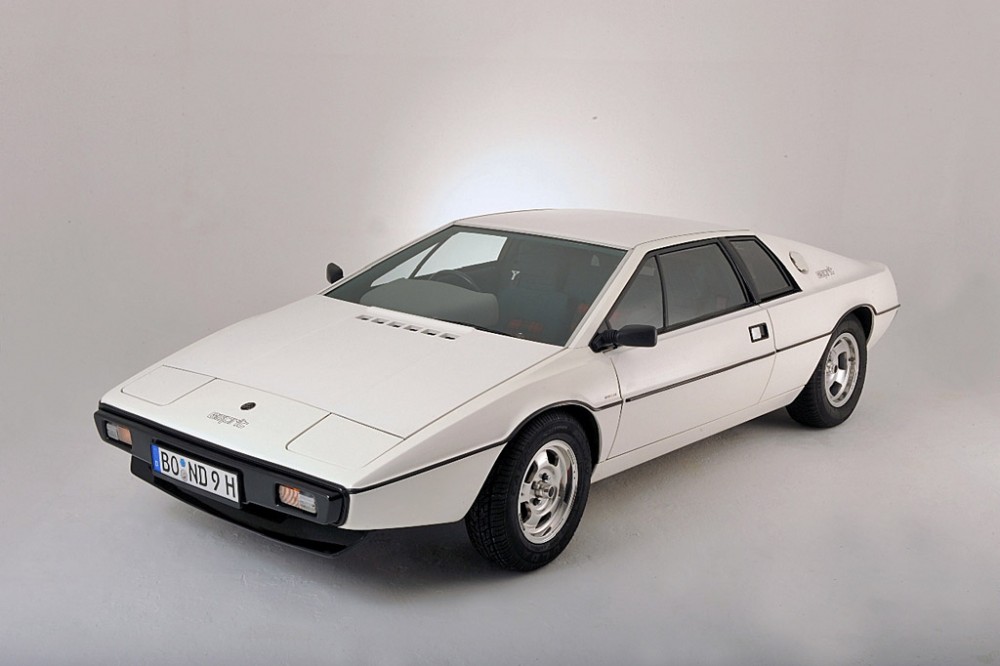