I love cars. Let me rephrase that. I love vintage cars manufactured in America from 1955 to 1975. I love the streamlined, the finned, the hard tops, the convertibles, the muscle types, the bold colored, but mostly, I love that fabulous automobile icon, the ’57 Chevy Bel Air.

My admiration for this vehicle began many years ago, when I was quite small. What started out as a regular outing with my father and brothers on a brilliant day outside of Phoenix became a Holy Grail memory. At the time we had a ’55 Chevy Bel Air in colors of coral and gray. The back seat was my womb where I sat securely enfolded in a gray interior, just barely able to see out the side window. There was no safety belt, no booster seat and yet, I was safe in that mini-tank created by the WWII munitions turned Post War auto factories that were thriving across the heartland of this country. It was a promising time. Kennedy had not yet been assassinated, the Viet Nam conflict was barely a blip on the American public radar and the air was filled industrious energy.

As we continued on our journey, I could hear my father whistling as he often did when he drove. We passed used car lots with plastic flags dangling overhead and rows and rows of late 50’s to early 60’s models, fin after fin in all the colors of the rainbow. And then I saw it, glistening in the sun, a two door, convertible pastel goddess of shimmering champagne with white fins. Pulling myself up as far as I could and pressing my face against the window, I stayed with its image until we rounded the corner.

My eye has always bent toward design and art and I’m no mechanic, knowing little about engines, but I do know that this gas inhaling wonder sported an incredible engine and was known for its punch. And it is still considered by many to be one of the best designs ever created by General Motors. An elusive beauty, I am always ecstatic when I see an early model Bel Air at a car show or on the road, no matter the color or style.

About a decade ago I saw my childhood version at Thatcher Park in the Helderberg Mountains of Upstate New York. An elderly gentlemen pulled up in front of the look out point to take in the spectacular autumn view. When asked about the car, he informed me that he had purchased her brand new from the factory. He didn’t take her out too often anymore and the tranny needed work as it slipped out of gear a little too easily, but she was all original. I inquired if he would ever consider selling her. Shaking his head slowly, he said he wasn’t really interested and I watched him drive away, keeping my eye on that metallic champagne trunk and chrome bumper until it rounded the corner.

Now I lay me down to sleep, I pray the visions of a ’57 champagne Chevy Bel Air to keep. 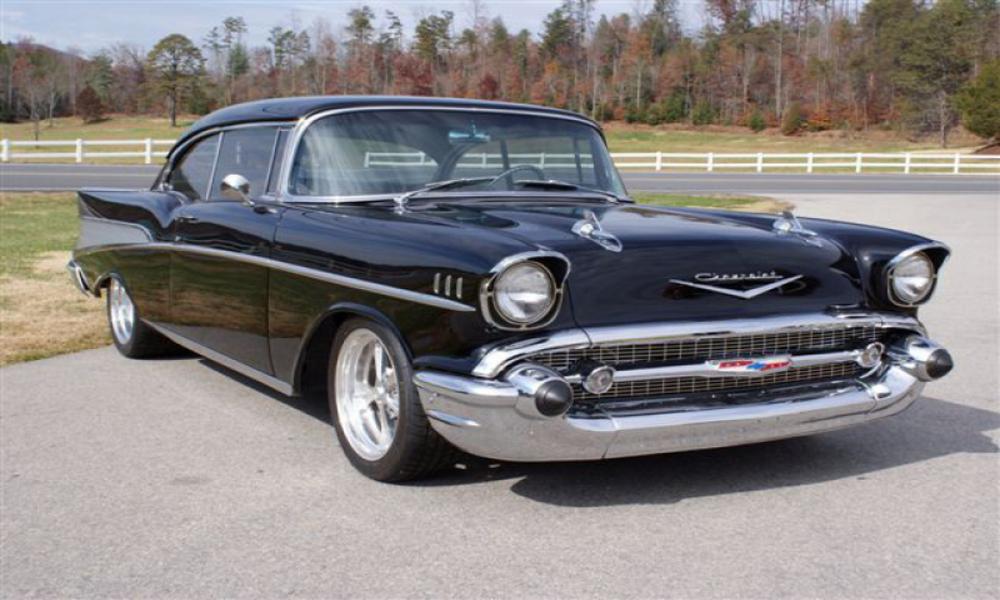 What Kind of Man is a Lounge Lothario