In the 1950s many countries were recovering from WWII. Across Britain, towns and cities were being rebuilt and redeveloped, more women were working in office and industries than ever before, and a sense of post-war optimism was beginning to flourish.

What did this mean for interior décor? Homes had to be practical, with kitchen and cleaning to help the modern man and woman get housework and cooking done with minimal fuss, they had to be affordable, as many people were without homes. They also had to be bright, colourful, patterned: a burst of reds, acid greens and yellows to start what would hopefully be a peaceful future.

The Age of the Consumer

The fifties truly were the age of the consumer, with the ‘Affluent Society’ beginning to develop in the later part of the decade. Homeowners were beginning to push out the old and bring in the new. Open-plan living became the norm and a fitted kitchens became popular. Necessity also forced changes. Most post-war homes were smaller than pre-war ones, so furniture had to be easy to move or even stack. There was also the introduction of new materials to the home, such as Formica, PVC, melamine, aluminium, vinyl and rubber.

Design influences included surrealism and modernism, which followed the principle that ‘form follows function’: the design of an object should focus solely on its purpose. Popular names in the design world included Arne Jacobsen, who designed iconic furniture such as the EGG and GRAND PRIX seating solutions. Charles and Ray Eames were perhaps best known for their ‘atom’ designs, with many homes having an Eames coat rack, side table or magazine rack. Most of these accessories were made from metal as it became a popular design material during the 1950s.

Look out for wall accessories such as starburst wall clocks and mirrors, as these were popular in the fifties. Clocks with neon frames were also found in a number of homes, reflecting the influence of the US and its diner culture. Consider hanging vintage movie posters or canvas prints from popular movies, or add black and white images of movie icons such as James Dean, Marilyn Monroe or Humphrey Bogart

Keep a look out for coffee tables that are chrome and glass, or ones that have different shapes. Coffee tables began to change shape in the fifties, moving from the traditional rectangle to elliptical or other forms, such as kidney-shaped, that were ‘organic’ in nature.

For those looking for 1950s-inspired cushions or throws, think about the style of fabric. Many fabrics were bright, geometric or abstract, often with images inspired by science, such as the atom. Polka dots, stripes and animal prints were popular in the 1950s and faux fur was widely available for the first time. Yellows, pinks, blues, turquoise and reds were popular colours for accessories and you will find that Argos is ideal for bed sets in these colours to brighten up the bedroom.

Although it was in the 1960s that shaggy rugs became popular, they were about in the 1950s, so do consider adding a large shaggy rug to the living room or a smaller one to the bedroom. Click here for shaggy rugs that will add a touch of vintage style to any home. Ignore ornaments and instead chose a few contemporary pictures and sculptures and update the kitchen with some new appliances, such as oversized chrome toasters and kettles.

For floor lighting, look out for big and bold floor lamps. For table lamps, choose one with a metal base. Most homes had pendant lights, often with glass shades and the fabric shades were sometimes monochrome although polka dots or geometric designs were also common. Finally, do look out for ‘kitsch’ items, such as novelty ashtrays, nodding dogs and even the ubiquitous flying ducks on the wall, as vintage accessories such as these are perfect for adding fifties’ style to any home. 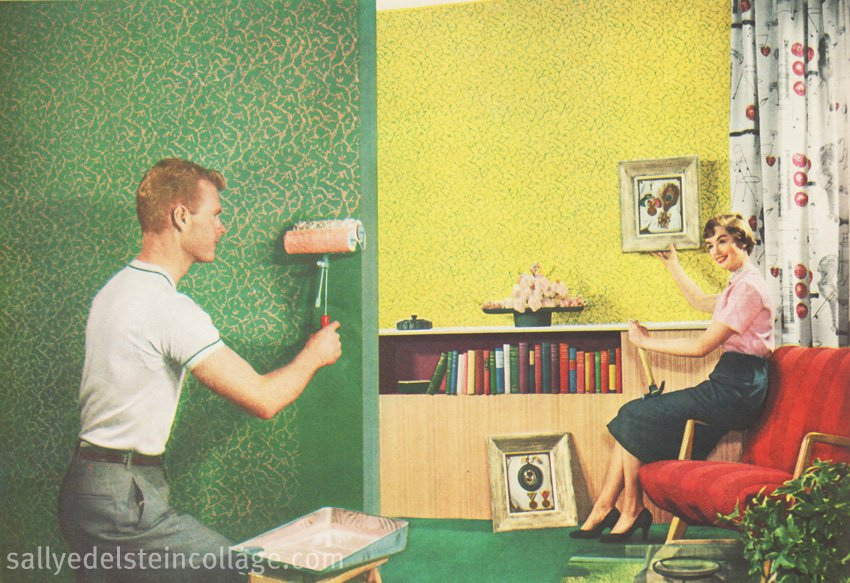 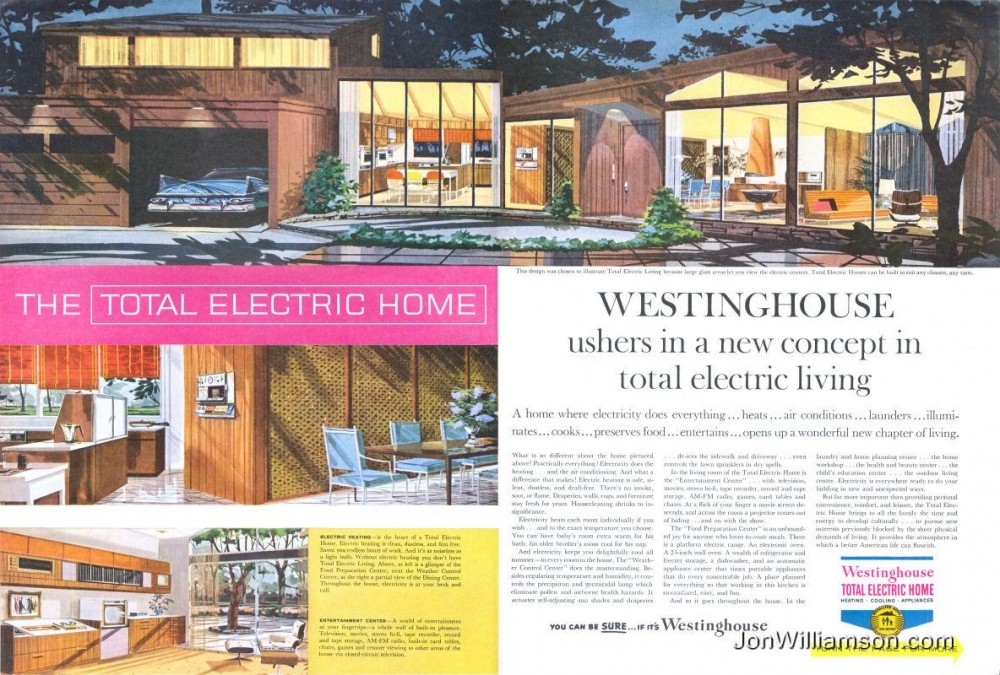