When people think of the 1960s, they often picture a vivid series of images. Youth in rebellion. The first walk on the moon. Space age cartoons like The Jetsons. Hippies in tie-dye. Woodstock. Rock and roll — the Beatles, the Rolling Stones. Politics, protests and picketing.

If the 1960s are associated with rebellion and the Space Age, they’re also associated with a specific home decor style. Man, did a 1960s living room look different from a 1950s living room! It also looks very different from a contemporary one. That said, you can bring back styles of the 1960s. Here’s a look at some of the dominant styles of the decade if you’re looking for a blast from a way cool past.

Sofas, chairs and other furniture covered with fabric truly portrayed the 1960s revolution in the air. While in the 1950s fabric was a quiet backdrop or a tasteful English-influenced floral print, in the 1960s fabric was wild and wonderful, influenced by the hippie movement and psychedelia. Paisley became hugely popular for sofas and chairs. Op art patterns, whose black and white designs fool the eye, became a popular print and a popular fabric for walls. So did Indian prints and patterns derived from Moroccan bazaars. Patterns and colors swirled and swam.

The space age and rebellion in general both influenced 1960s home décor. Space age designs often focused on the unusual shapes caused by orbits and lack of gravity. Rebellion focused on molding institutions to fit people, rather than the other way around. Both are reflected in the popularity of bean bag and pod chairs.
Both designs cast off conventional wood structure for a softer, looser chair that molded to the person, and would take the shape of the sitter. They also, unconventionally, put the sitter closer to the floor.

The ‘60s started out with the colors of nature. Avocado and yellow were popular colors for appliances, which broke with the conventional white that had been widespread in the ‘50s. As the decade went on, colors spread and got wilder. Toward the end, bright neon colors were in bloom, in keeping with free expression and unconventional thinking. Mix and match — of bright tangerine, say, and even brighter red with aqua accents — is the signature statement of ‘60s décor.

Almost every 1960s living room and bedroom had a solid color shag rug. Shag rugs — warm, high pile rugs — were a defining décor in the decade. Everybody’s hair was long, so why not the rugs? While the popularity of shag rugs was superseded by the current trend for hardwood floors, shag rugs are still much warmer to the feet of those living in a cold climate. Plus, if your household contains anybody who might be prone to slip on hardwood floors — older people or toddlers find them hard to navigate — shag rugs are a safer option.

Lava lamps were another defining look of the 1960s. The color seems to melt and sway, reflecting both space age dynamics and the influence of hippies and psychedelics. Paper lampshades also become very popular, including lampshades that deviated from 1950s pastel. Darker colors, which cast a subdued glow, were in.

As cool as ‘60s style is, remember that 1960s houses were not nearly as energy-efficient as today’s homes. Many houses then were built without proper insulation. In your quest for 1960s flair inside your home, don’t forget that modern technology and comfort is much better than it was 50 years ago! Love your home the right way by combining state-of-the-art insulation with your paisley and bright tangerine.

Megan Wild is a home decor writer who tweets home inspiration @Megan_Wild. When she’s not writing up ideas for eco-friendly home decor, you can find her outdoor with her dog, Tucker. 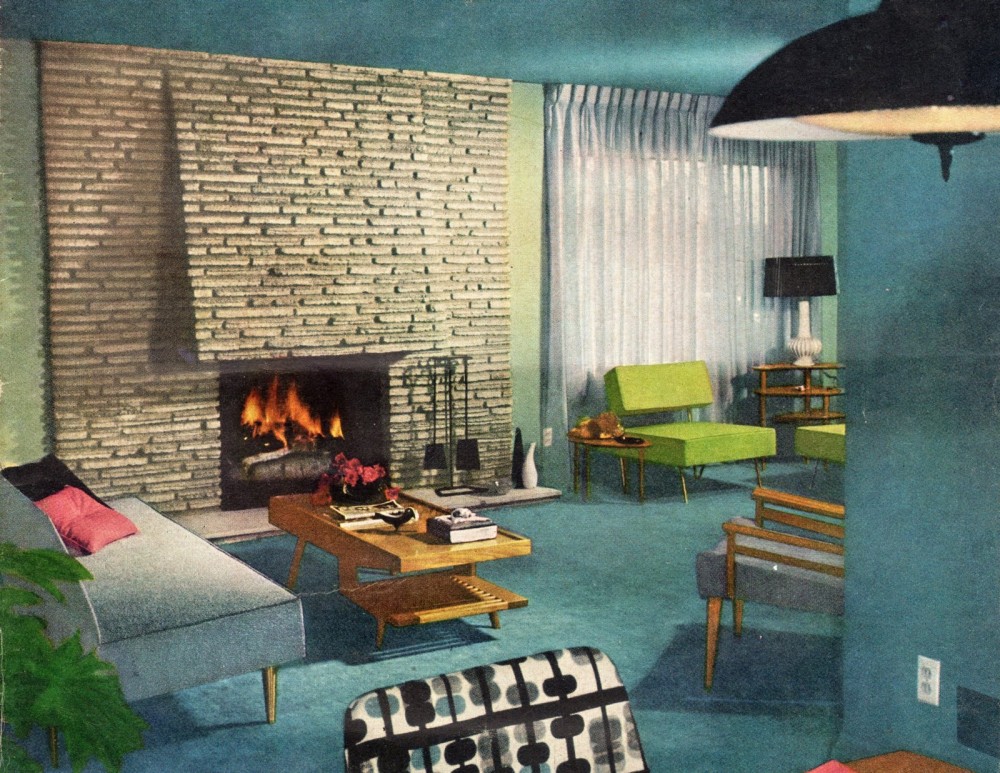 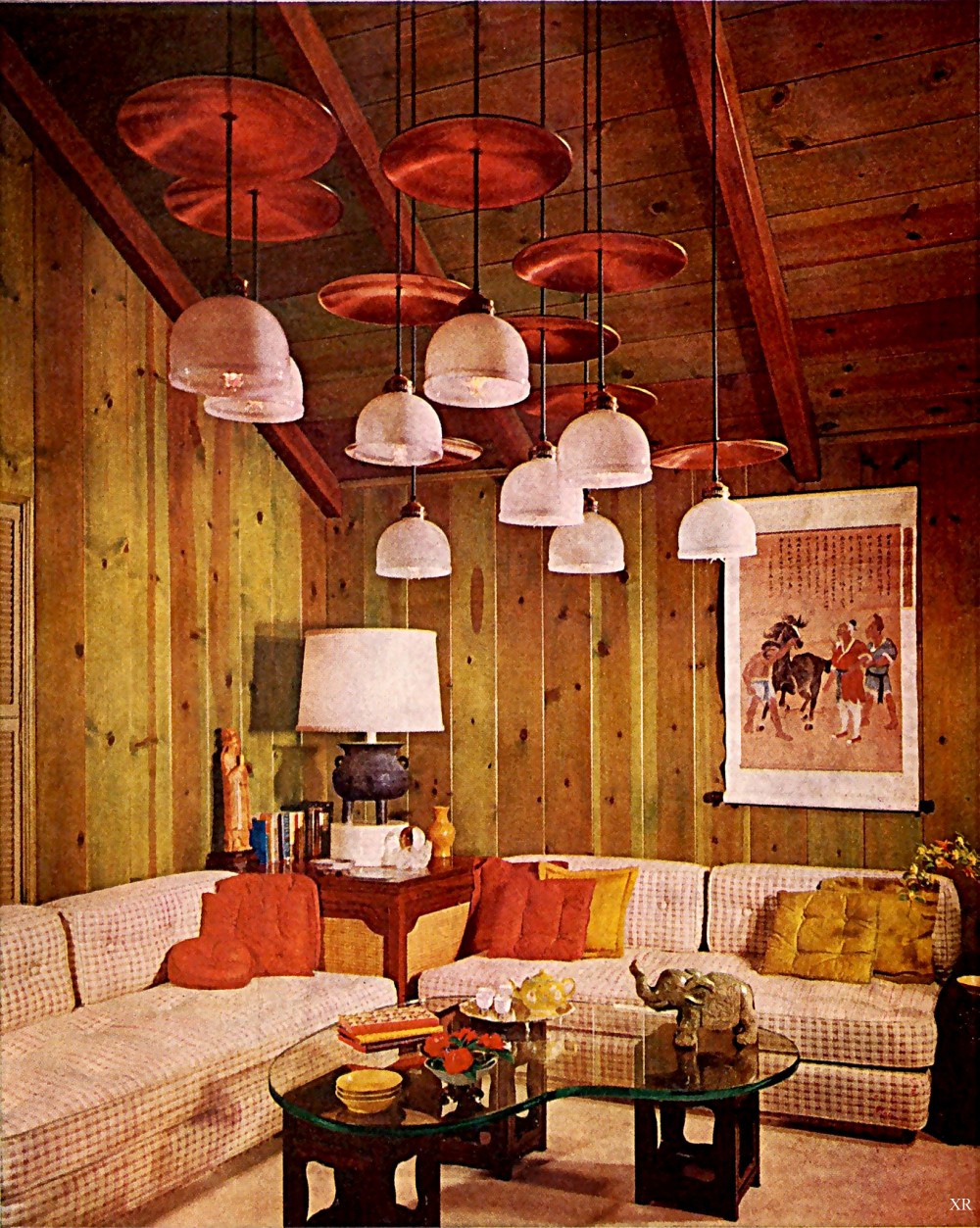 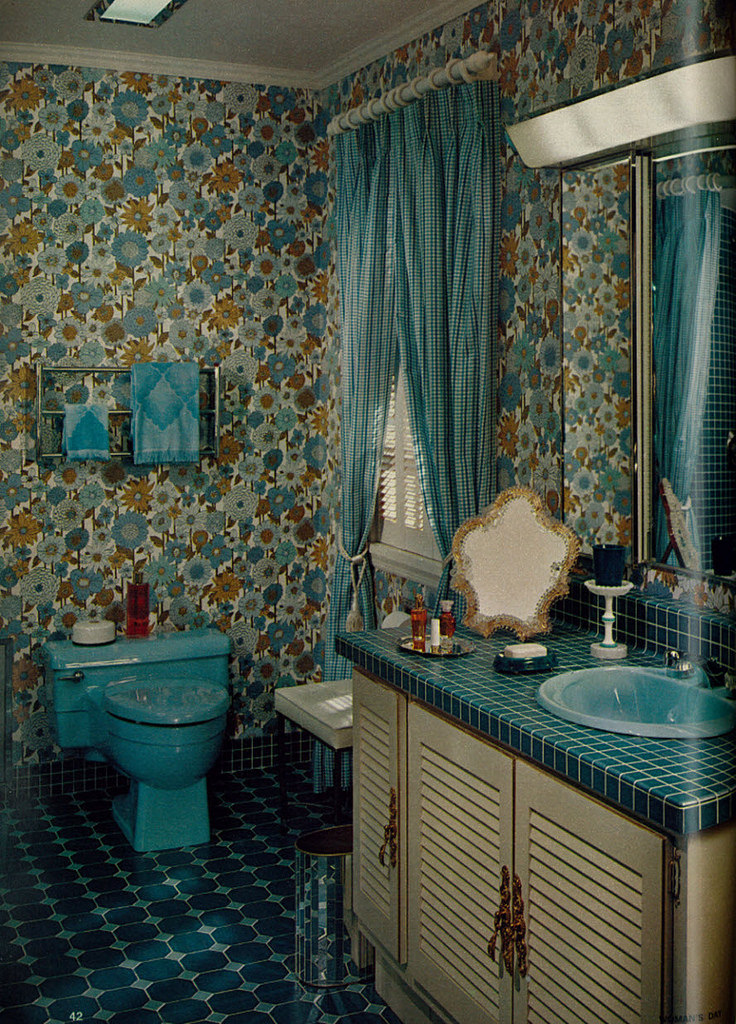 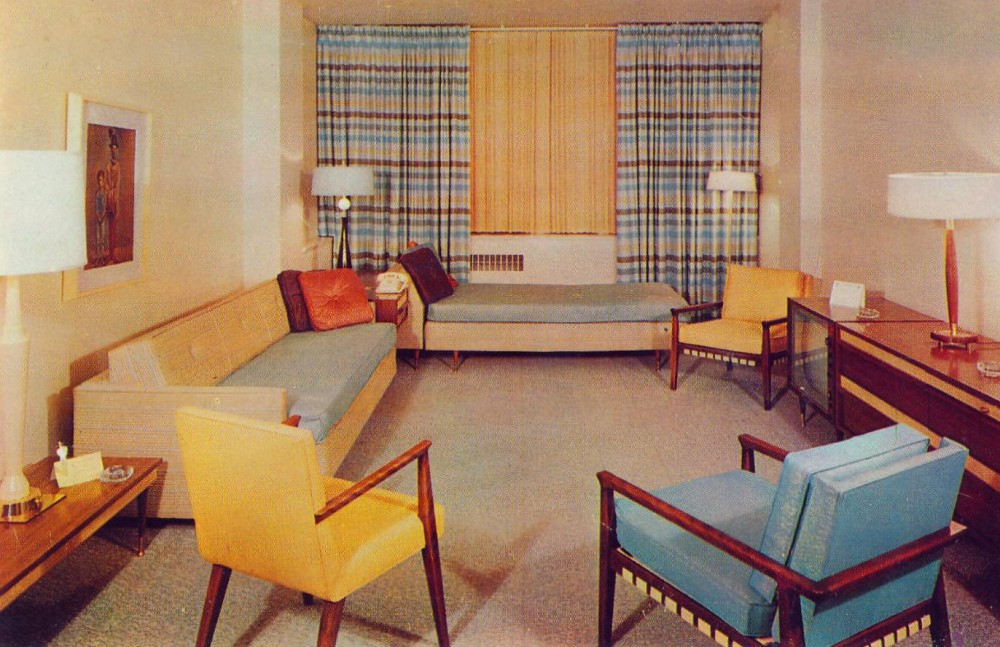