As the technological miracles of the 20th Century exploded- so did our imaginations. Where would all this science take us? Up, out and beyond our normal mundane lives to New Worlds where anything was possible! The vast and limitless horizon of outer space!

In a time before television and jet airplanes the technical label of astronaut had not been invented. The men and women that plied the sea-lanes of the cosmos were “Spacemen!”. Dashing pioneers and adventurers cut in the dime store novel image. Countless books, magazines and comics sang the futuristic folk-tales. Illustrations were as lush and lurid as a twelve year-olds fevered fantasies. It was a Universe filled with monsters clutching space maidens while square jawed heroes blasted away with ray-guns.

As long as you had your secret decoder ring and a spare summer afternoon any kid could strap in and hurtle to the Ice Palaces of Pluto, save the Earth from invasion and be home in time for supper.

For those who wish to immerse themselves farther in deep space there are 132 episodes of the 1950’s radio drama ‘X-Minus One’ available streaming or for download at Prelinger Archives. Go back into the future farther for thrills with ‘Buck Rodgers‘. Then there is David Zondy’s excellent picture packed site which catalogs technologies of space programs of our fondest fictions – ‘Futurespace‘. And if you really want to get all misty eyed over orbital mechanics there’s a wonderful site devoted to old children’s books about space travel… golly gosh and geewhiz! ‘Dreams Of Space‘.

Happy splashdowns all you space cadets! 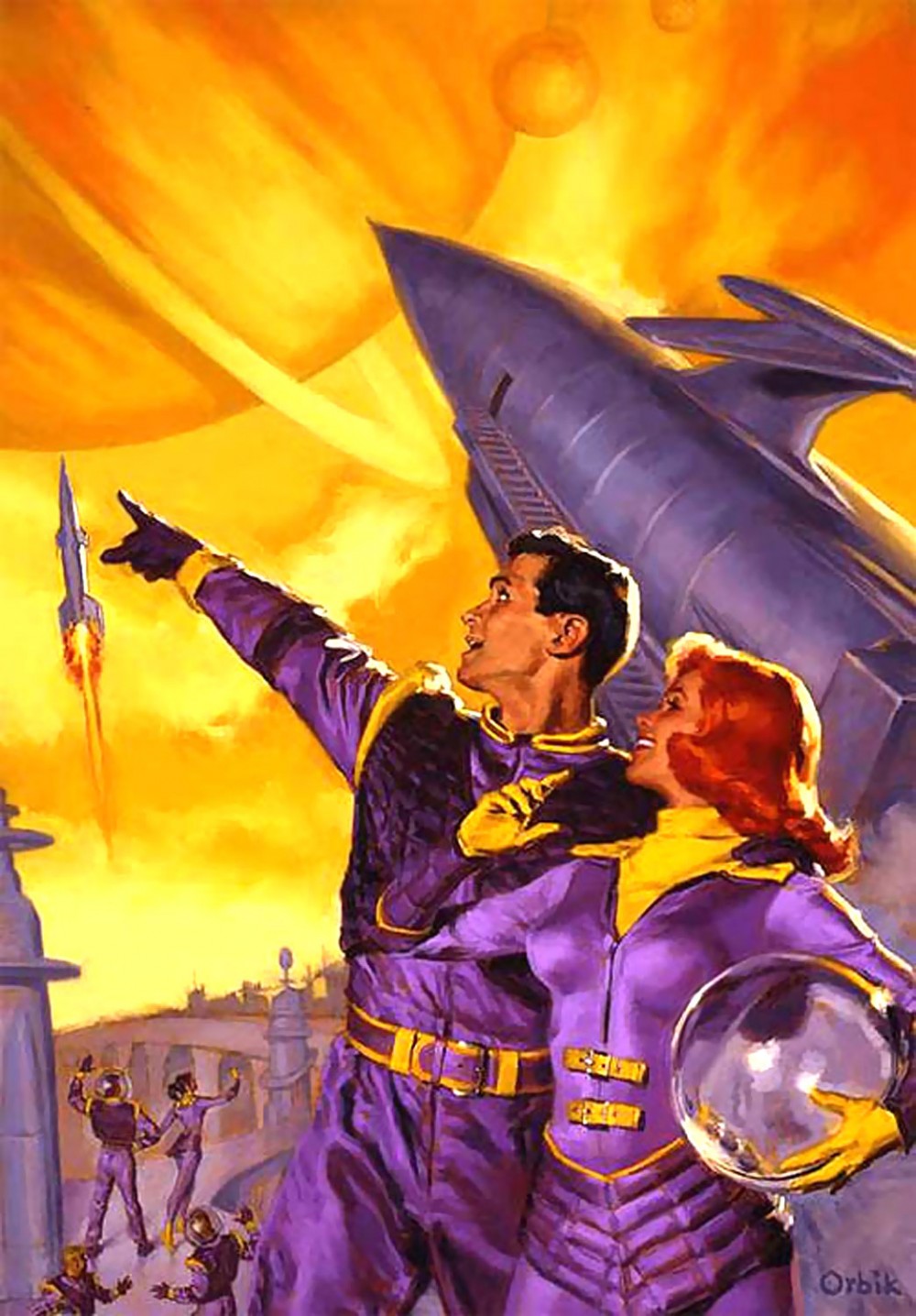 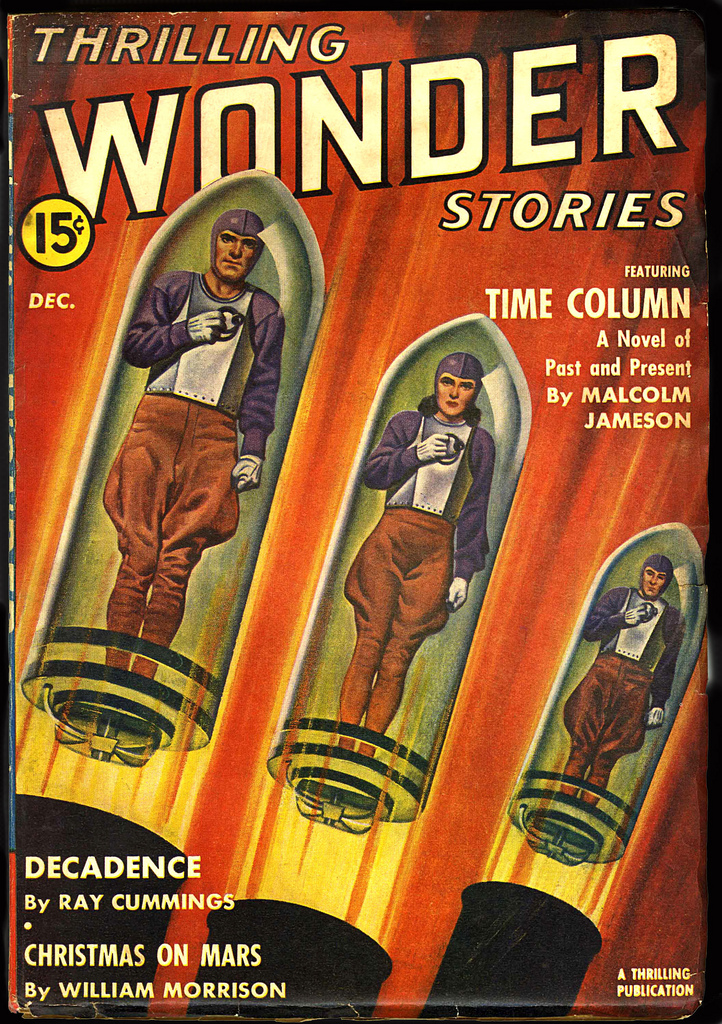 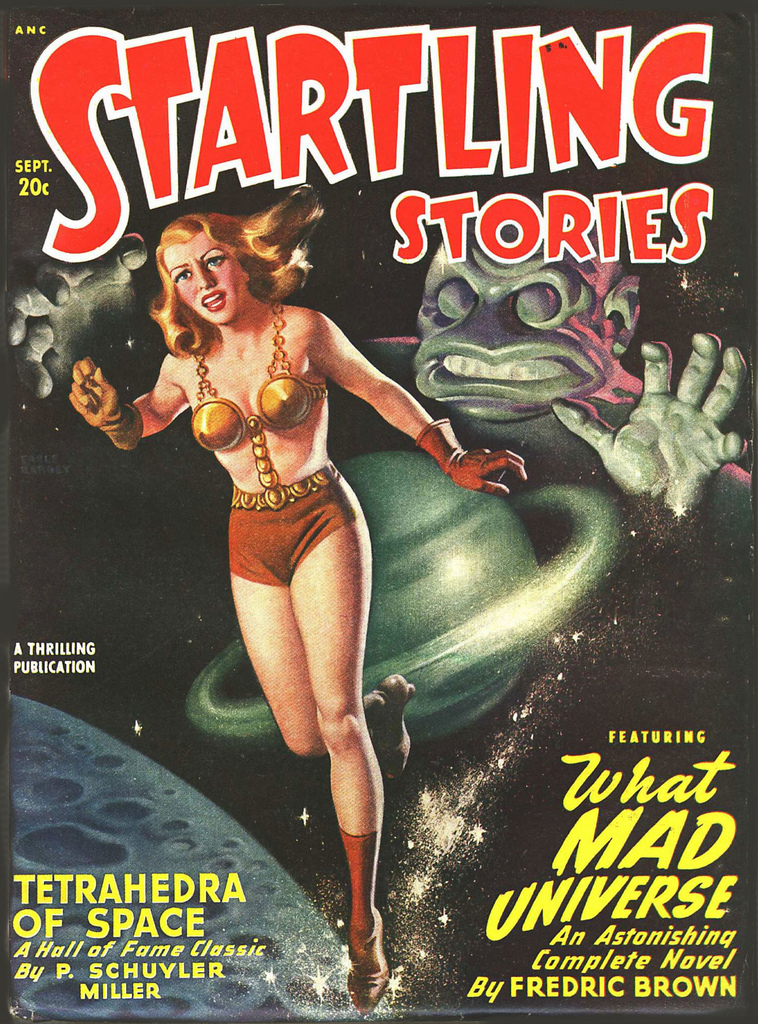 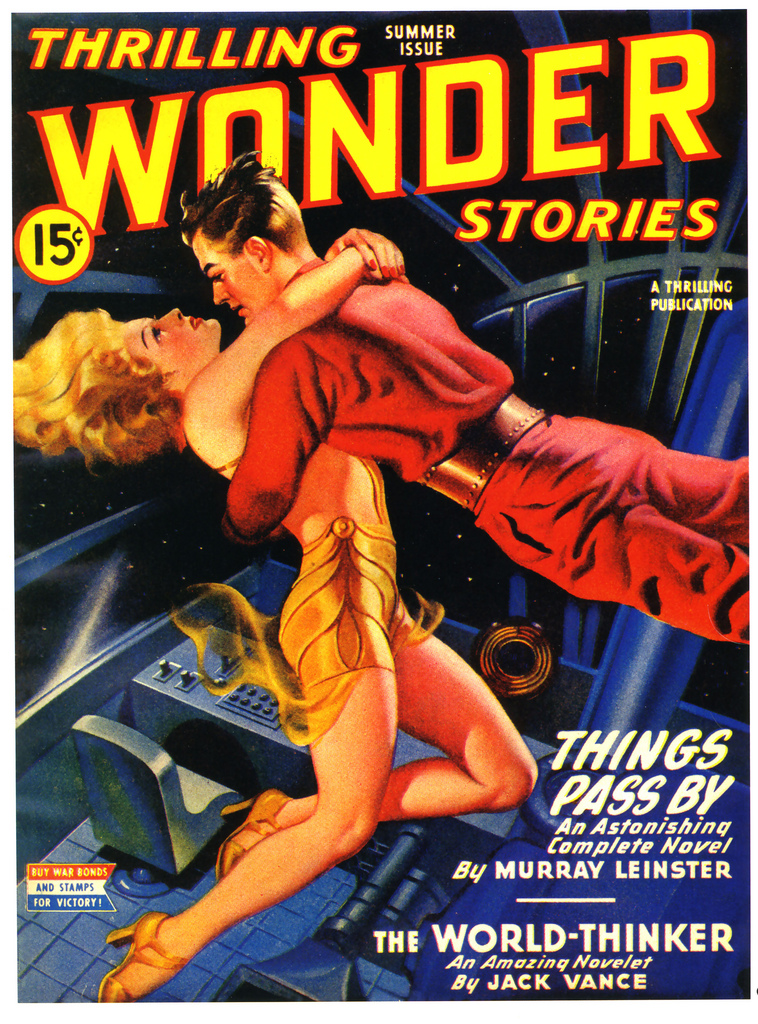 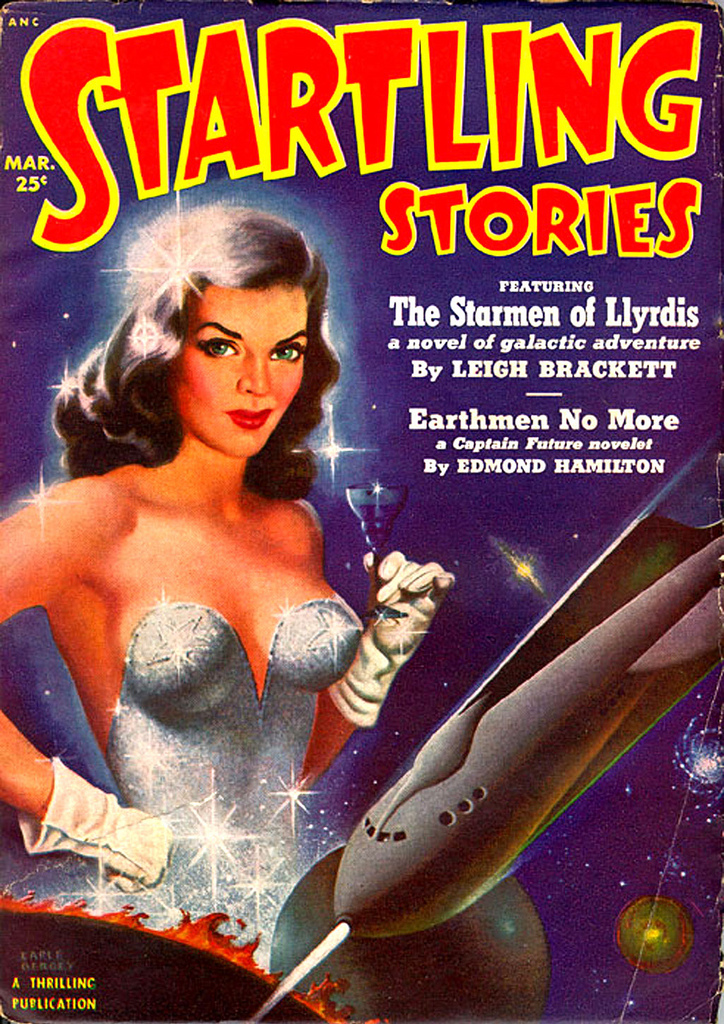 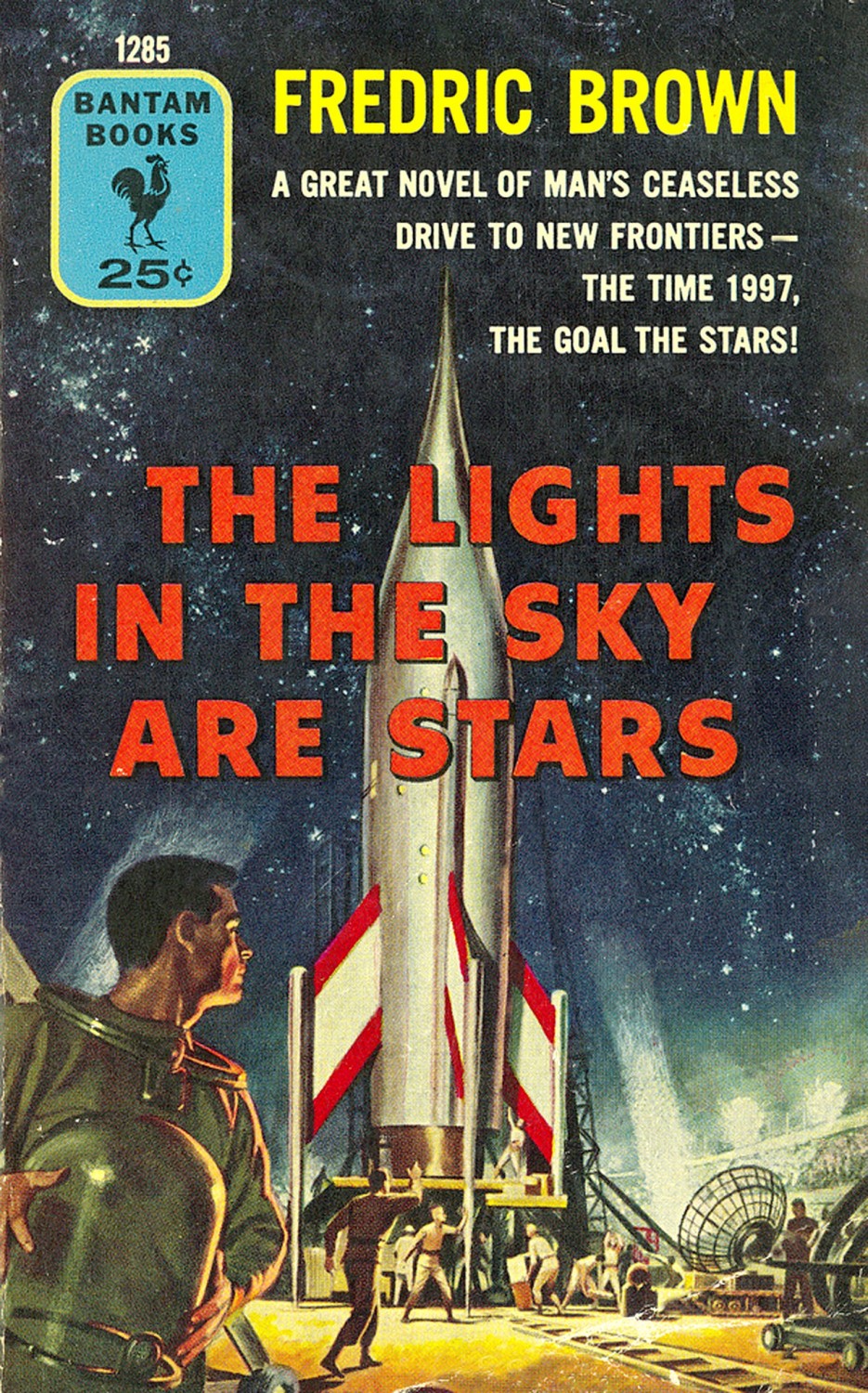 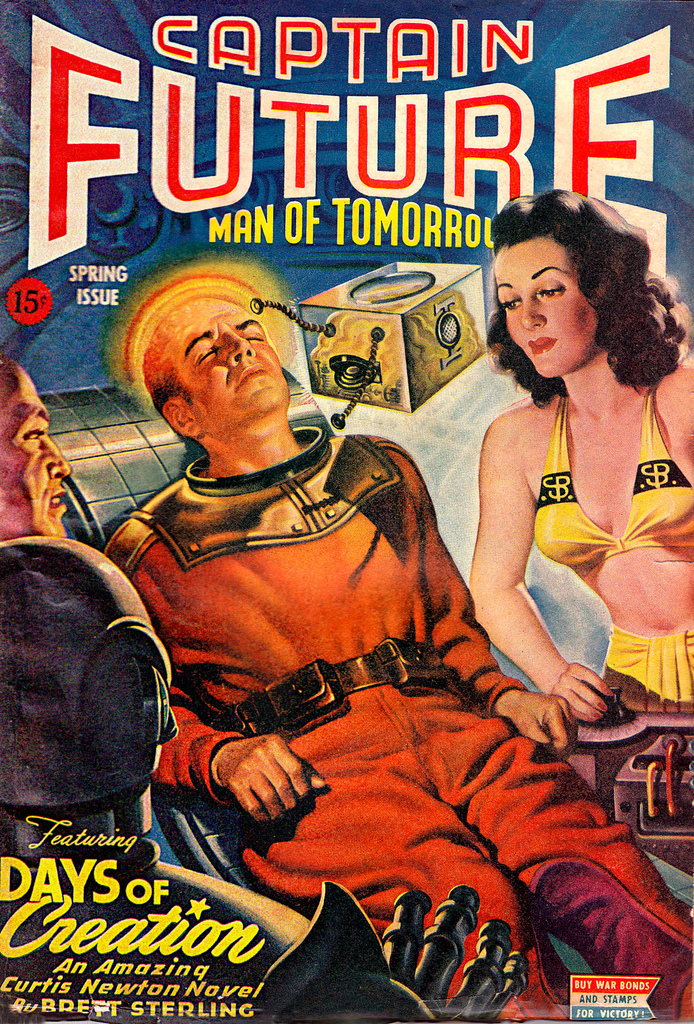 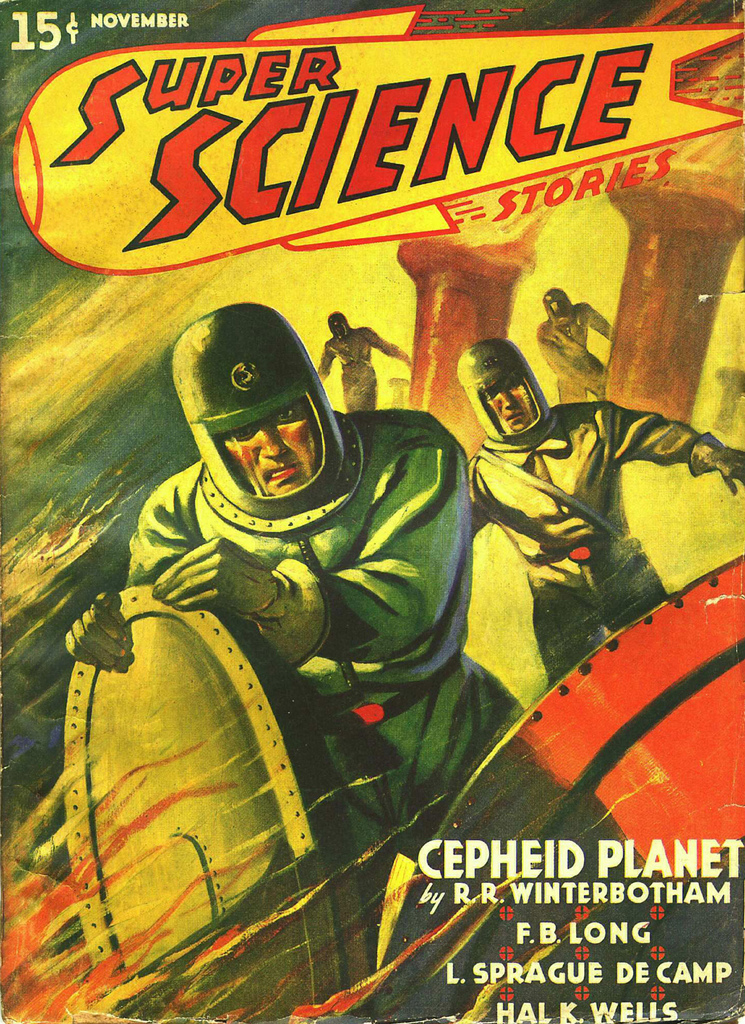 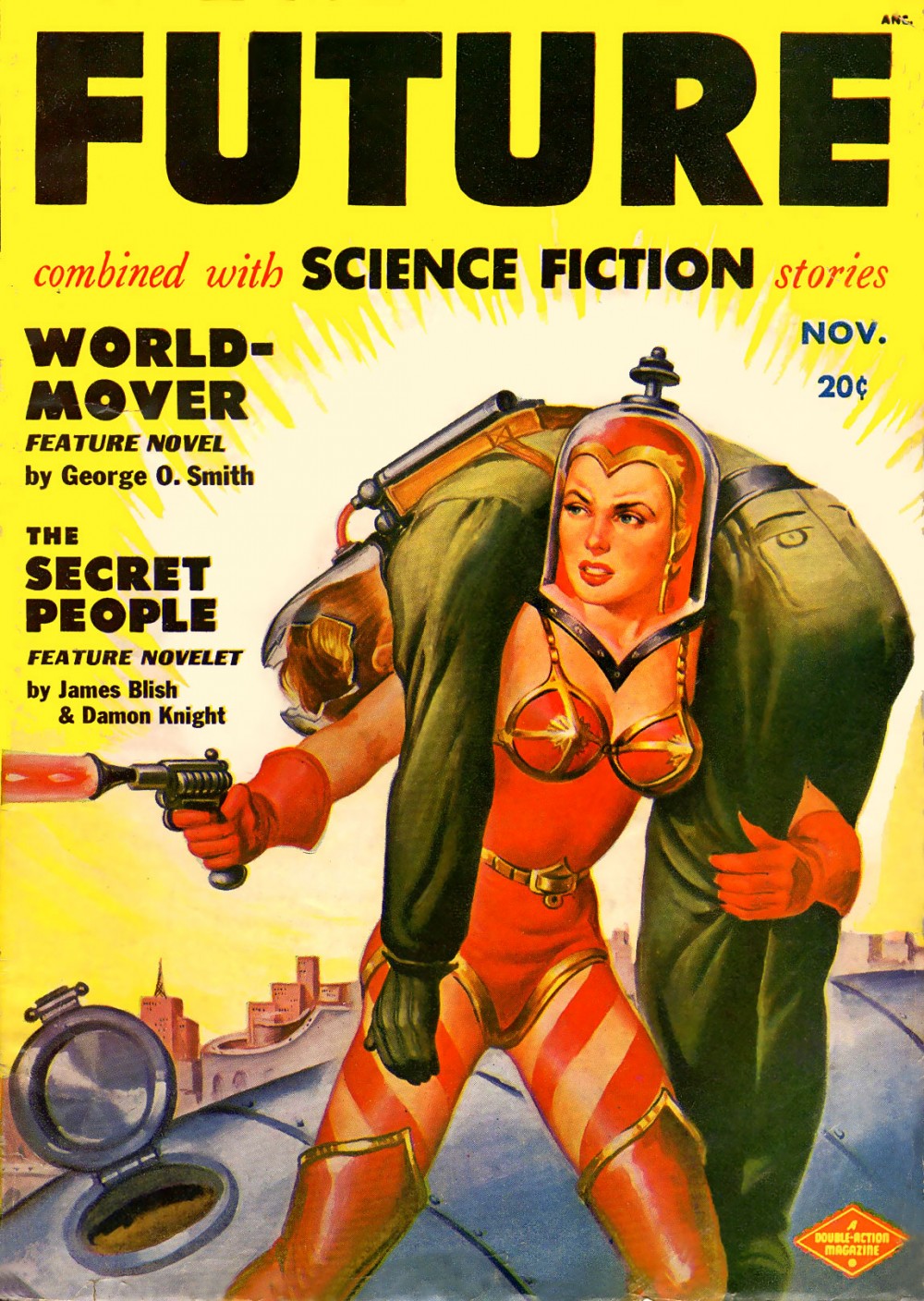