With the 50th Anniversary of the British invasion of America via the Beatles upon us, I thought it apropos to take a walk down Memory Lane, remembering the highlights of Beatlemania in my own life.

When the Beatles hit the Mainland in 1964, I had just turned six years old and my whole world was getting through 1st grade without getting my knuckles rapped by Sister Marie Louisa’s Golden Rule ruler, keeping my ever growing number of siblings at bay and taking in the undeveloped desert that surrounded my Scottsdale, Arizona home.

As with many of my earlier memories, this one took place one evening in the living room of our modern split level house in front of the black and white TV. It was Sunday night and Ed Sullivan was introducing for the first time on American soil, The Beatles.

When the cacaphony started upon their introduction, my mother’s jaw dropped as she exclaimed “why that’s just ridiculous!” I was puzzled by the girls in the audience screaming and crying while the guys with the slick suits and shaggy hair cuts sang “All My Lovin’.” In fact, for the rest of the performance I was more interested in the reaction of the crowd than the performance itself. My mother just sat there shaking her head.

But there was no mistaking the impact the Brits had after that first show aired. The Beatles were literally in the air in my neighborhood and my older brother and I sang along to “I Wanna Hold Your Hand” every time we heard it on the car radio or on a neighbor’s transistor radio. Beatlemania was a welcome diversion from an ever changing world. Kennedy had been assassinated, the Viet Nam police action was becoming a war, which left the country increasingly divided and there was a Cold War raging that reminded us of how fragile life could be.

The Beatles’ fresh, energetic style spoke to a young and optimistic generation. But not only did this band speak to youth, it evolved with youth. As their albums progressed, the music became more sophisticated with lyrics that sent messages few groups could match. The boys grew into men and they wanted to be known as artists, not just teen crushes. In just a few short years they went from teen pop culture icons to respected and innovative musicians.

The group had already broken up in 1970 before I become an ardent fan of the album Sergeant Pepper’s Lonely Hearts Club Band (1967). The family had moved several times since living in Arizona and we were now living on a farm in Iowa. One of my father’s writer friends had left the album behind after a visit and I would spend hours listening, trying to glean an understanding of life through lyrics from “Eleanor Rigby”, “She’s Leaving Home”, “Getting Better,” et al. The use of an orchestra and George Harrison’s sitar instrumentation appealed to me as my parents had taken great pains to expose my siblings and me to classical music from an early age. The combination was incredibly mesmerizing and inspired me to write poetry that mirrored The Beatles’ perception of the human condition, soothing my teenage angst considerably.

It seems impossible that a half century has passed since I first watched four young men sing about love on a black and white screen. Sadly, two have passed and only two remain. But whenever I hear one of their tunes on an oldies station I smile and shake my head. John, Paul, Ringo, George. What a band. What a time. Incredible. 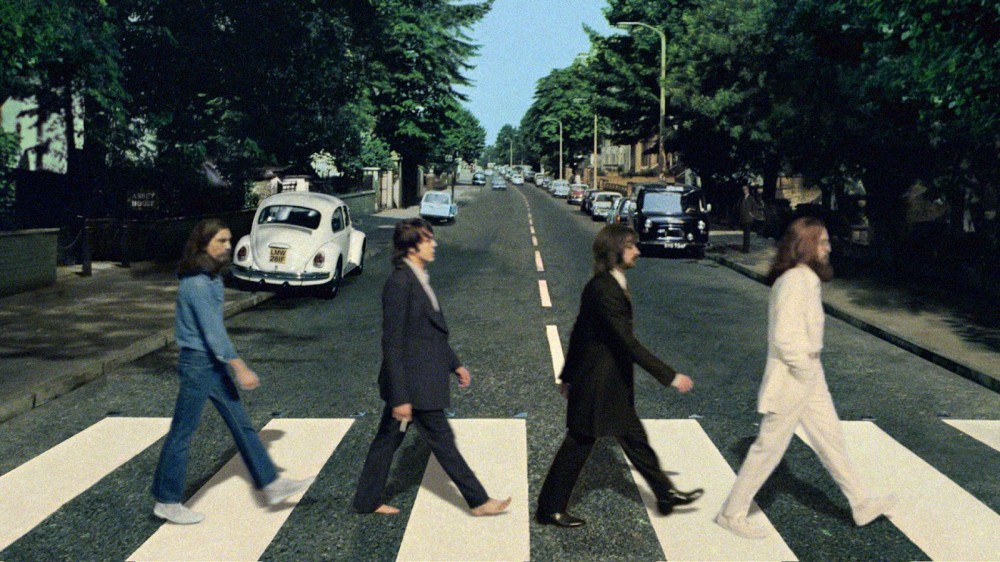 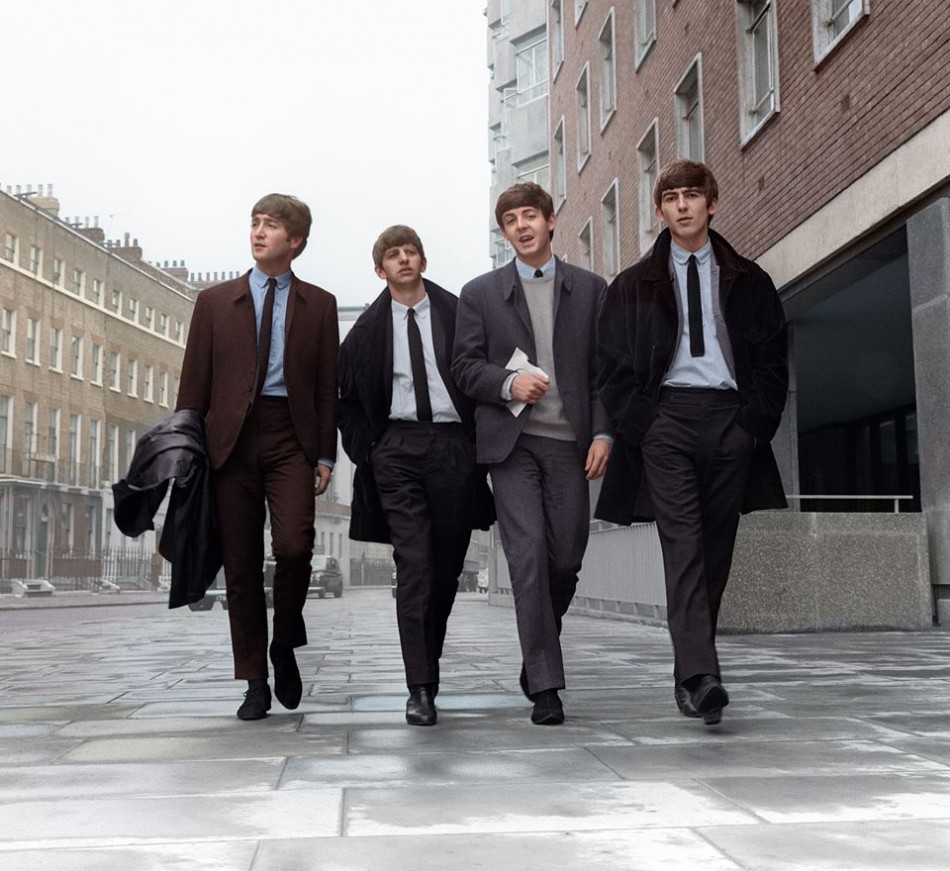 Above: The Beatles walking down 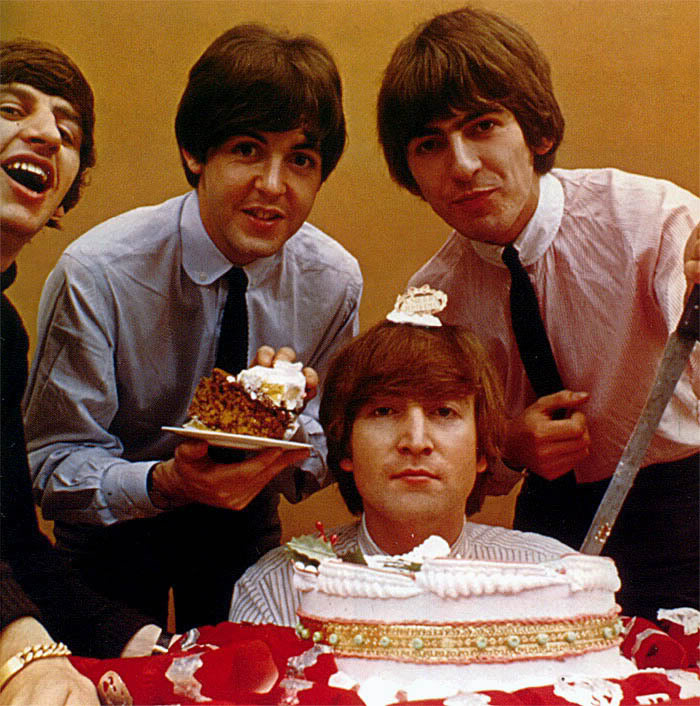 Above: The Beatles Birthday 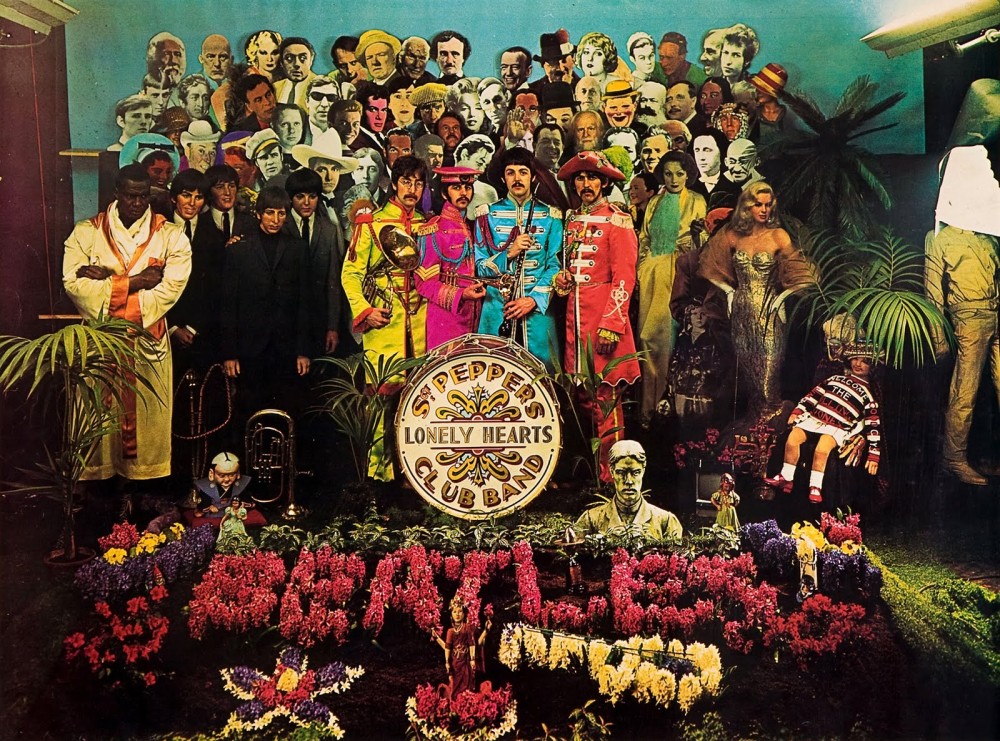