In the middle of the twentieth century, fear and paranoia were ingrained into the subconscious of every American. The 1957 launch of the Sputnik satellite had Americans wary of Soviet attack from the skies. And the Cuban Missile Crisis of 1962 assured the world that Soviet Premier Khrushchev was serious in his threat when he said “We will bury you.”

The spectre of mutually assured destruction was ingrained throughout much of American culture. In movie theaters, Soviet invasion of America was proxied in Invasion Of The Body Snatchers (1956) and Earth Vs. The Flying Saucers (1956). And, in the real world, the Office of Civil Defense encouraged suburbanites to build their own backyard bomb shelters while Bert The Turtle taught every American school kid to “Duck And Cover.” Designated nuclear fallout shelters, both government and private, were ubiquitous. In 1962, an attack finally did come; But the invaders didn’t speak Russian and the beachhead for invasion was the drugstore candy counter.

Inspired by War of The Worlds, the cover art for Weird Science #16, and the zeitgeist of the time, Mars Attacks was a bubble gum card series depicting an invasion of Earth by a race of hideous death-dealing aliens from outer space. Originally test marketed under the title “Attack From Space,” good sales led to larger distribution along with a more marketable name change.

Cards were popular with kids but parents were outraged over the violence, gore, and implied sexuality in the card artwork. After inquiries from the district attorney of the State of Connecticut, production was shut down. Mars Attacks never saw national distribution and they vanished from store shelves in under a year. Sold originally for five cents per pack of five, a complete set of original cards today sells for about US$25,000.

The art on each card was worthy of a pulp paperback cover. And, throughout the series, all the Atomic Age sci-fi and exploitation tropes — hideous aliens, colossal robots, giant insects, damsels in distress, destruction of famous landmarks, subtle hints of sexuality, and explicit gore — were used to
fantastic effect.

2012 saw the 50th anniversary of the original attack and with it came an invasion of new comics, toys, and other merchandise. Of particular note is Mars Attacks: The 50th Anniversary Collection, a hardcover retrospective of the original card series.

Of course, the main reason to buy the book is the complete facsimile of the original Mars Attacks card set. All 55 pieces of Norm Saunders’ fantastic art is reproduced from the original production transparencies. Thanks to the book’s superior paper, the color is more vibrant and over-the-top than it was in 1962. Each card receives its own two-page spread — one page for the art on the front and another for the story text on the back. And each spread is supplemented with trivia about the card set’s history and production.

Ultra Swank readers are sure to find something to love about this book. If it’s not the Atomic Age bug-eyed monsters, it’s sure to be the vintage art or the fascinating history of the cards themselves. Our alien overlords insist that it’s a worthwhile purchase. Ack! Ack! Ack! 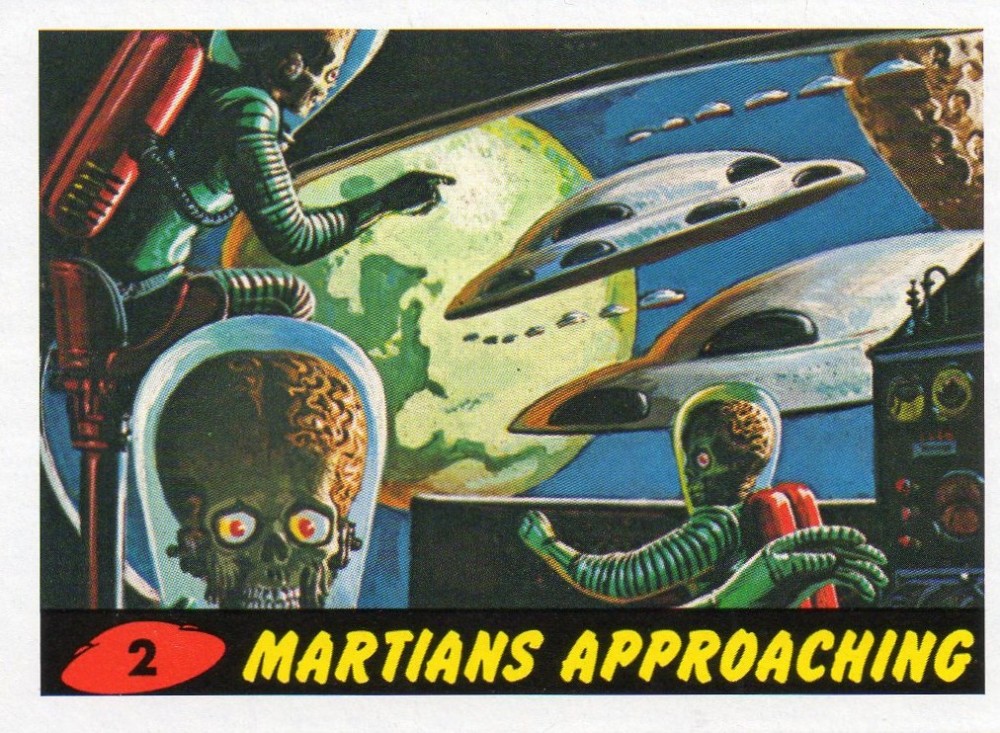 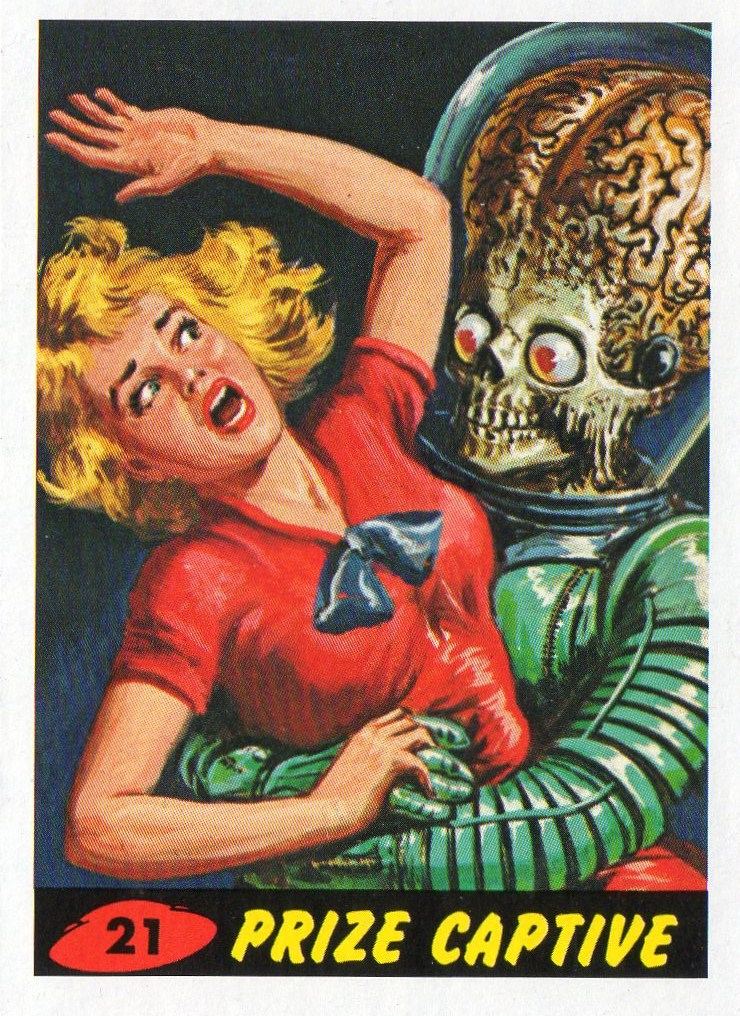 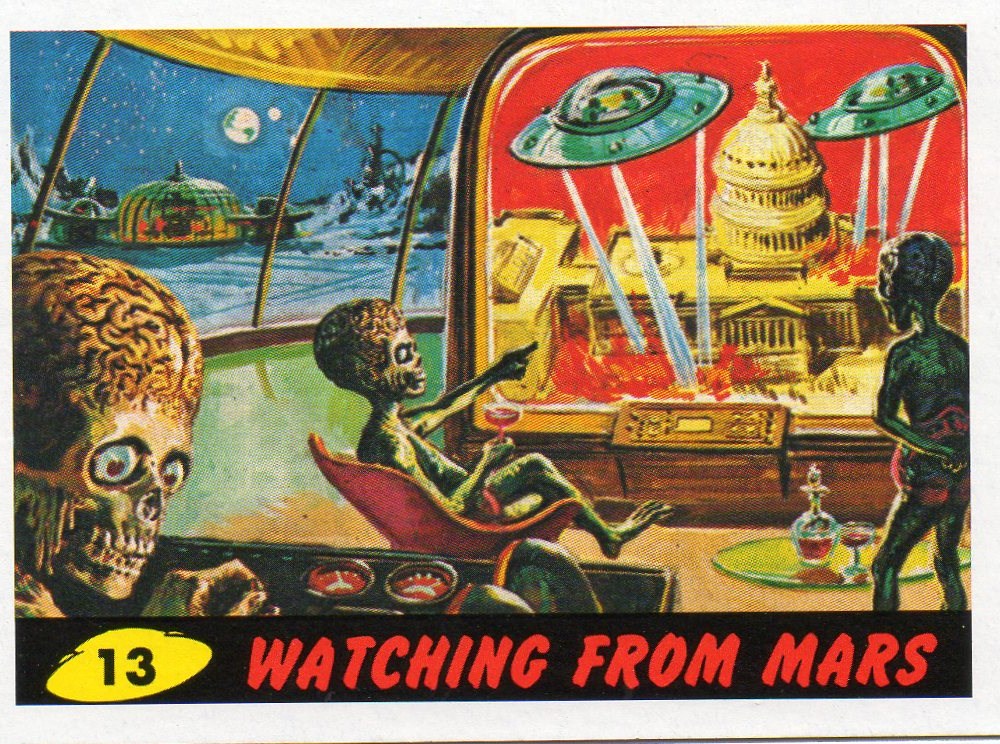 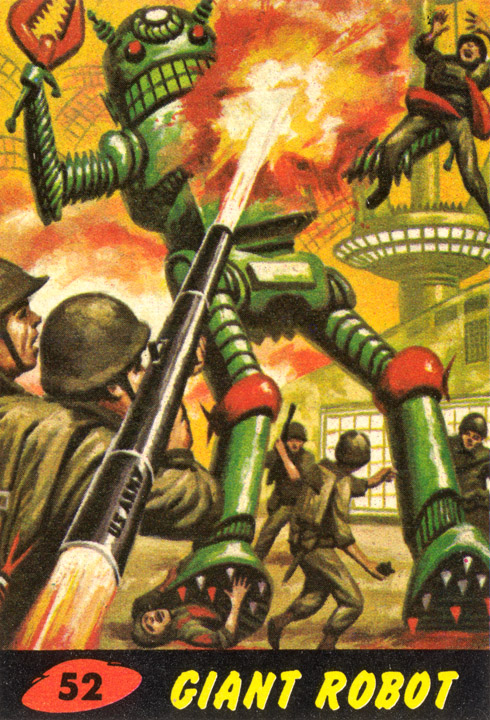 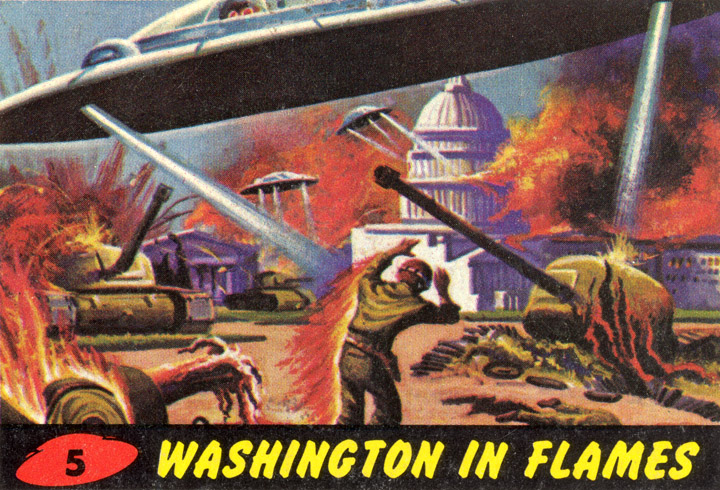 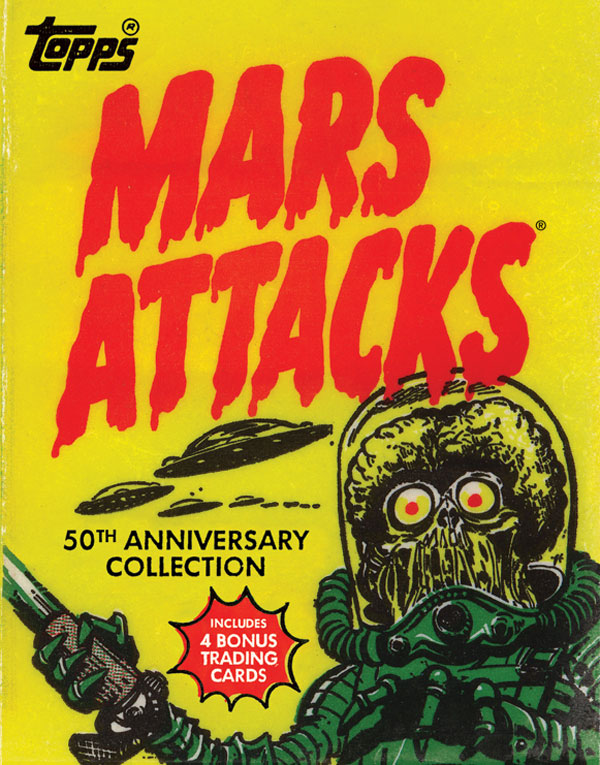