In America, the 1950s and 60s spawned The Monster Kids. These were kids, mostly pre-adolescent boys, who assembled Aurora model kits of Frankenstein or Dracula after school; read Tales From The Crypt comics with a flashlight under the covers at bed time; and sneaked downstairs on Saturdays to watch the late-night horror movie show on TV with spooky hosts like Zacherle, Chilly Billy, or Ghoulardi. And they discussed it all in their super-secret tree houses on Sunday — no girls allowed.

Some of these youngsters went on to become highly influential adults in genre entertainment: horror novelist Stephen King; fantasy film directors John Landis, Joe Dante, and Steven Spielberg; and shock rock musician Gene Simmons of the band KISS are but a few of many Monster Kids who turned their obsessions into their careers.

Those who first influenced the original Monster Kids are still remembered with reverence today: William Gaines, publisher of Tales From The Crypt and other EC horror comics; Forrest J. Ackerman, editor and co-founder of Famous Monsters of Filmland magazine; and TV horror movie host Zacherle are the best known.

Thanks to a new book, one name from the original Monster Kid era is returning to the prominence it once had amongst monster fans, model builders, and hot rod enthusiasts: Don “Monté” Monteverde. From 1958 to 1968, kids could go to their local Rexall drug store or Schwinn bicycle shop and plop down a dime for an “Original By Monté ,” a water-slide decal that could end up on practically anything: bikes, lunch boxes, model kits, and even automobiles.

Monté decals appealed to Monster Kid sensibilities. Rendered in a cartoony style with silly humor, they featured zombies, skulls, devils, space creatures, and even a certain purple people-eater. And they can all be appreciated again in Monté: King of Atom-Age Monster Decals by Bill Selby.

Although technically an art book, its real value lies in the fascinating history of an artist and his work; Filled with many vintage Monteverde family photos, readers will enjoy Selby’s chronicle of Monté’s rise as a semi-pro automotive pinstriper in ’50s southern California to being the premier designer and producer of enamel decals in America. And hot rod fans will be stunned at the revelation that the infamous “kustom kulture” icon “Rat Fink” may not be completely Big Daddy Roth’s creation after all.

Of course, it wouldn’t be much of an art book if it didn’t include the artist’s work. So there’s plenty of classic Monté decal art within its pages — his famous monsters as well as his hot rod honeys and logo designs for Cragar, Edelbrock, and other automotive manufacturers.

If there’s a Monster Kid in you, pick up a copy; You’ll devour it. 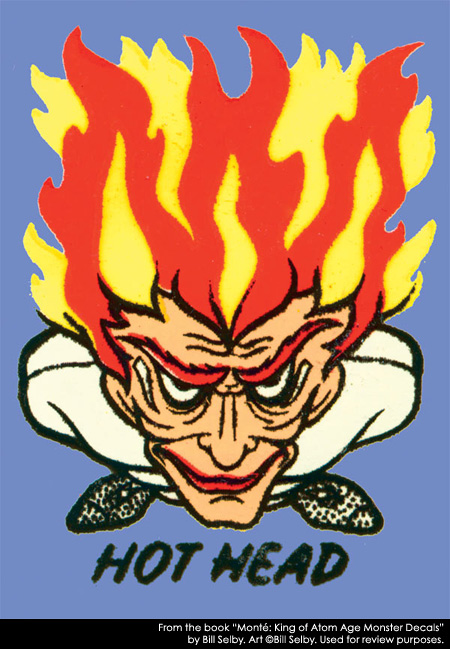 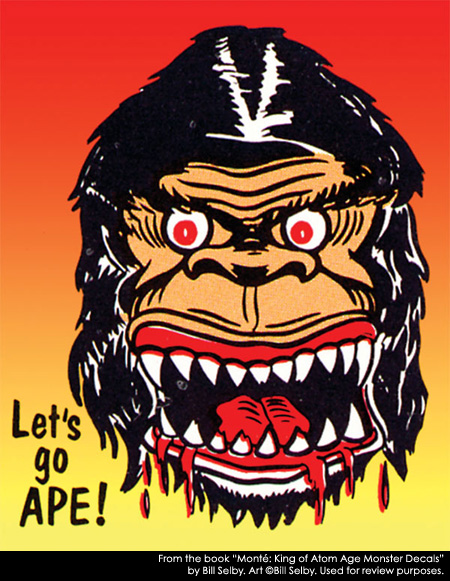 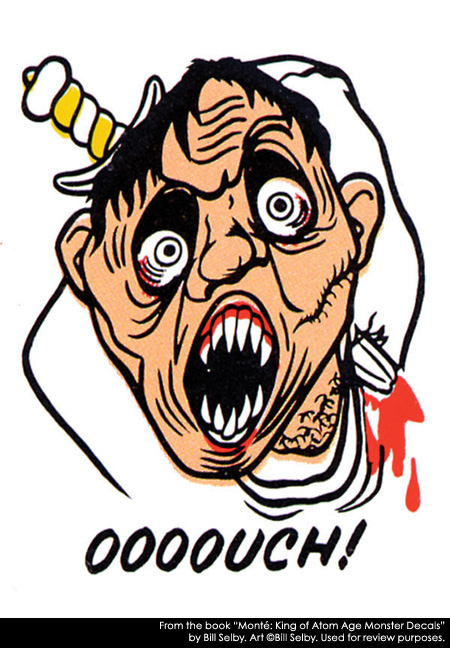 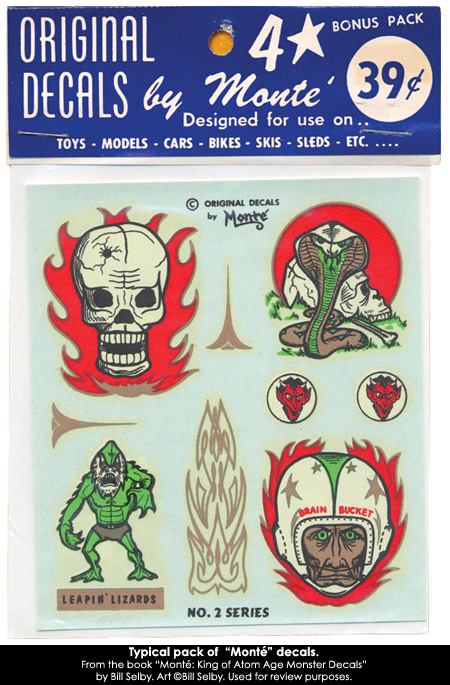 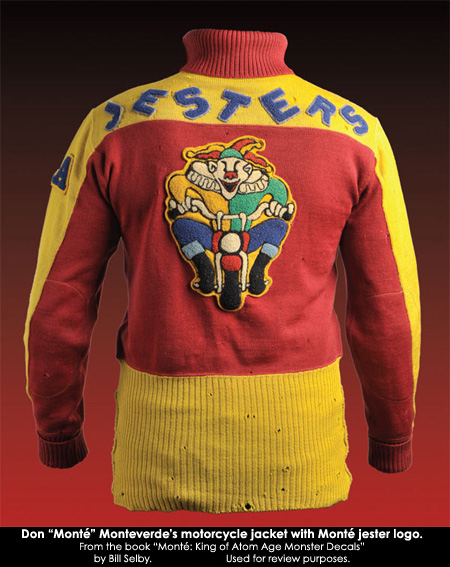 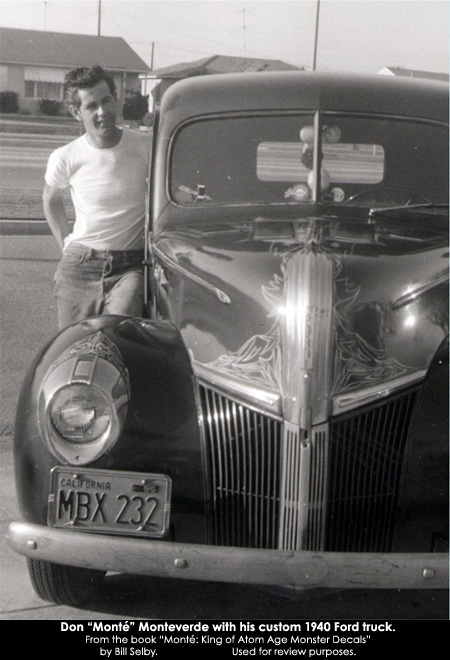 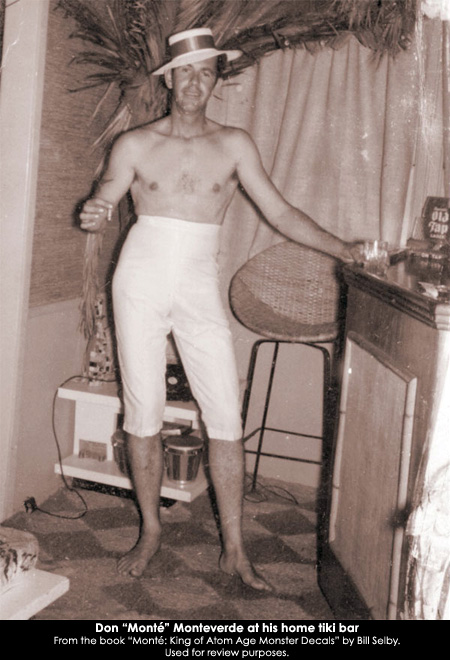