Thanks to a post-World War II economic and technological boom, the 1950s and early 60s was the golden age for the bachelor lifestyle. With the advent of Playboy magazine, the quintessential guide to urban living, it reached critical mass. Armed with affluence, abundant leisure time, and the sagacity of Saint Hefner, bachelors found themselves with two things: freedom and optimism.

The ultimate expression of this was the bachelor pad. More than just a place to dwell, the bachelor pad was a place to work, play, and truly live. It was a micro-world outfitted and dressed in whatever manner Playboy and one’s wallet decided.

In marked contrast to this was the 1990s — an age of ennui. Beset by a sluggish economy, a dot-com bubble about to burst, and the sullen flannel of the Grunge scene, a sub-set of a new generation sought to extricate themselves from the doldrums of the mainstream. Rejecting the forms of the day, they looked to the past; They made cool of the uncool, the chic from the shabby, and grabbed optimism from a previous era — the mid-century.

Being post-hippy and post-punk, however, these “anti-grungers” were unwilling to abandon 30 years of social progress. They knew that, in many ways, the Atomic Age was an era of excess and belonging to the Jet Set came at a price — a price that their grandparents just didn’t see. And so they set about to create something swank in their own image. They created the Lounge Revival, a subculture that resembled the original, only better.

The Lounge Revivalist aesthetic was different. Irony was king. Low-brow was acceptable. The old forms — tiki bars, lounge music, out-dated clothes, burlesque — were admired. But appreciation was given with tongue-in-cheek self-awareness.

The original 90s Lounge Revivalists, male and female, had their bachelor pads too; With their new aesthetic, the accoutrements they sought were pursued differently. Playboy‘s opinion, now rooted in hip-hop and modern dance club chic, no longer mattered. And economic realities meant that DIY know-how, along with flea markets and thrift stores, were the source for swank instead of the Sharper Image catalog.

It is this aesthetic that forms the cornerstone of the book Pad: The Guide to Ultra Living by Matt Maranian. Written during Lounge Revival’s first wave, it remains the definitive idea book for retro-hipsters even 11 years after its publication.

Focused on apartment living, Pad takes a two-pronged approach — projects and profiles — and is rounded out with suggestions on how to make the most of one’s redecorated digs: party ideas, music suggestions, and even indoor and outdoor planting tips.

Each chapter concentrates on one particular area — living room, bedroom, bathroom, office, etc. – and provides instructions for multiple home-improvement projects that will give that Lounge Revival flare. Ultra Swank readers will particularly like the swag lamp and home tiki bar projects.

When it comes to the home-improvement portions, Pad is surprisingly thorough. There are over 18 individual projects and each one is perfect for the beginning do-it-yourself-er. Instructions are clear and complete materials and tools lists are provided. More importantly, author Maranian also provides an extensive list of material suppliers along with contact information. (Sure, after 11 years since publication, the list is somewhat out of date. But, even so, it’s a great starting point.)

To be clear, Pad is certainly not a guidebook for Mid-century Modern or International Style decorating. Leave that to the good people at Atomic Ranch magazine.

Pad is for Lounge Revival decorating. Eclectic and loud, this book is for those who want their abodes to scream their personalities at all who enter. Now that Mad Men has ignited the second wave of Lounge Revival, many swinging creative types will want to track down a copy. 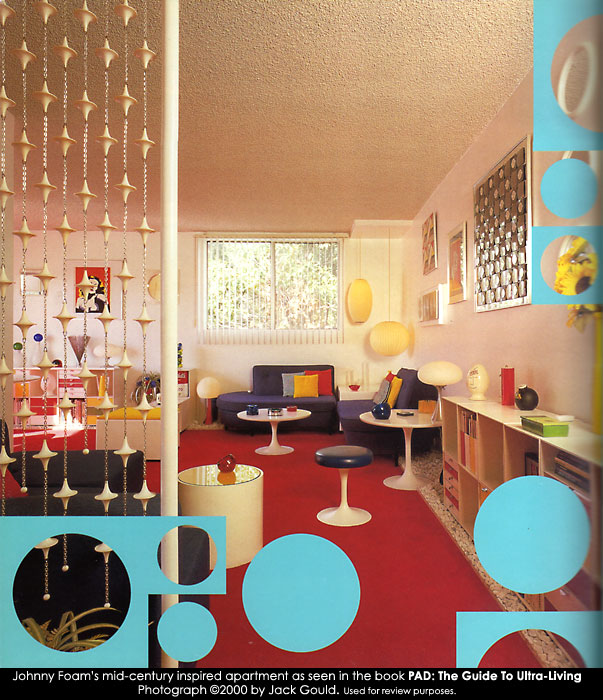 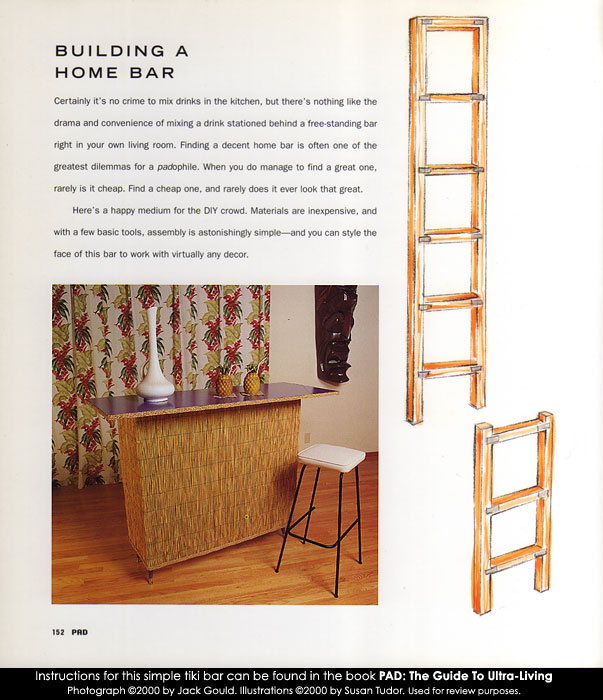 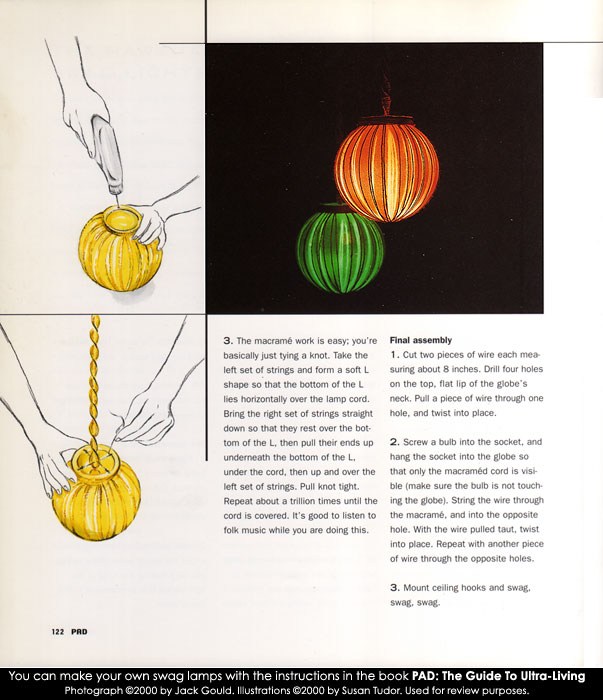 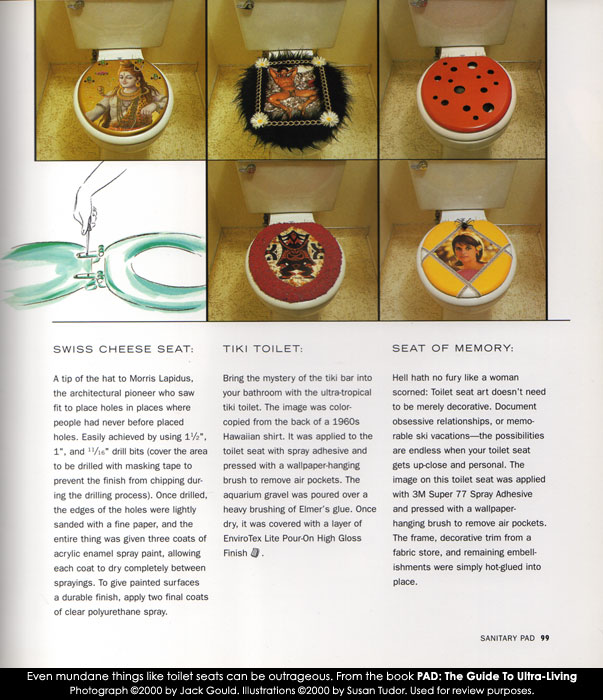 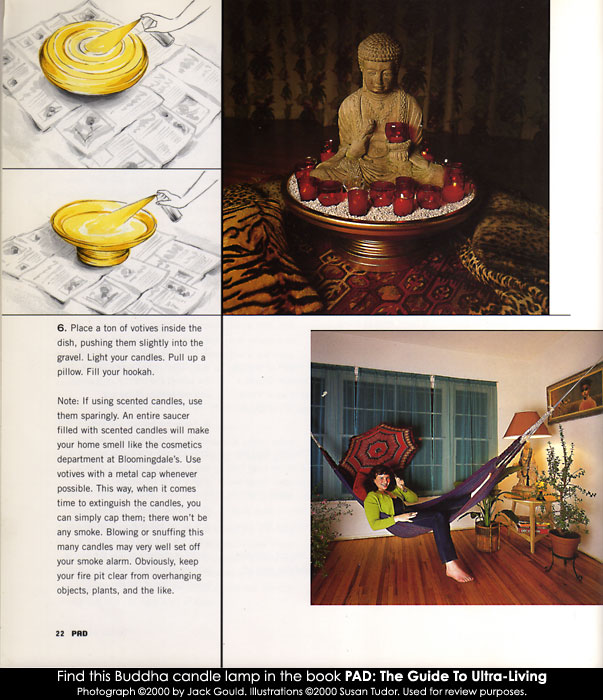