Home » Readable » The Wonderful Future That Never Was

“Here at home we’ll play in the city. Powered by the sun. Perfect weather for a streamlined world. There’ll be Spandex jackets – one for everyone.”
– Donald Fagen, “I.G.Y.”

Americans of the 1950s and early ’60s had a love affair with technology that, some would say, continues to this day. Nineteen fifty seven saw global scientific cooperation with the beginning of the I.G.Y., the International Geophysical Year. And 1966 saw the conceptualization of EPCOT, Walt Disney’s “City of Tomorrow.” Post-war optimism and sustained scientific innovation led many to believe that an American utopia would be achieved through technology. It wasn’t called “The Atomic Age” for nothing.

A regular feature of the magazine was the technological prediction — informed speculation of the future slickly illustrated by the artists of the Popular Mechanics bullpen. Looking back, some predictions were eerily prescient while others were amusingly naive. Does cleaning your living room with a garden hose sound ridiculous ? What about eating food made entirely of sawdust or grass ? The editors of Popular Mechanics didn’t think so.

Revisiting this particular piece of the mid-century techno-zeitgeist is the book The Wonderful Future That Never Was, a compilation of Popular Mechanics‘ technological predictions as selected by physicist and science-fiction luminary Gregory Benford. Covering predictions made from the early ’20s to about 1970, “Wonderful Future” is sure to please any fan of retro-futurism.

The book is broken down into six chapters covering futuristic cities, home innovation, advanced communication, medical technology, and new modes of transportation — all indexed alphabetically and by year in which the prediction was made.

Although “Wonderful Future” does cover predictions that Popular Mechanics got right (internet, smart phones, Skype), the more interesting ones are those that never came to be. Flying cars ? Oh, sure, they’re in there. But sonic clothes washers or rooftop lakes cooling one’s home are more intriguing.

Even more compelling, though, are “Wonderful Future’s” illustrations. It wasn’t really the arid text that made Popular Mechanics‘s predictions so engaging; It was the artwork. It’s one thing to merely say jet-powered cruise ships will exist but quite another to marvel at what one might look like. And thanks to this book, one can marvel at page after page of what, today, looks like vintage science-fiction.

So, this book has earned its place on any swank coffee table. If today’s world of tomorrow lacks luster, pick it up to see what yesterday thought of the future. 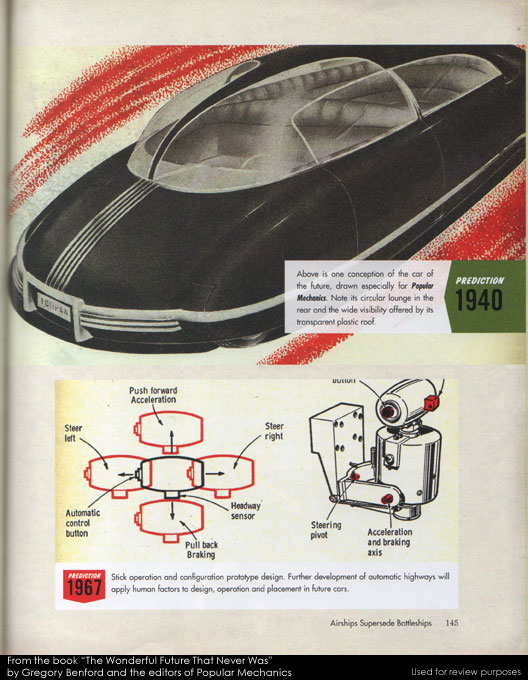 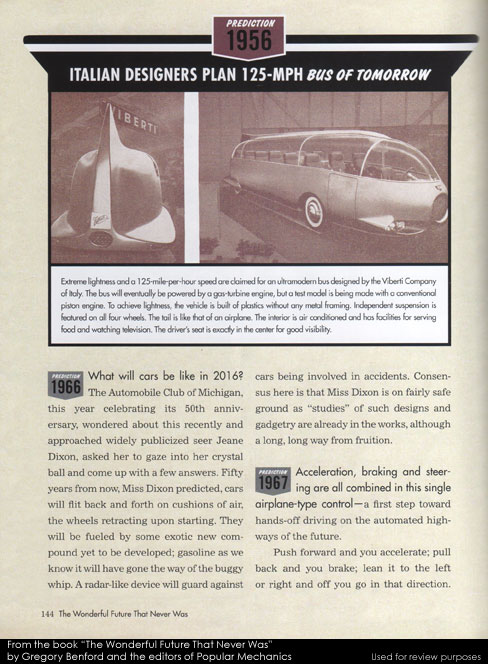 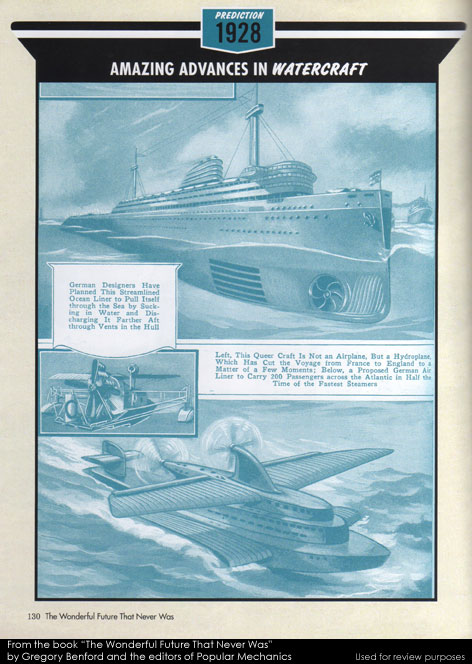 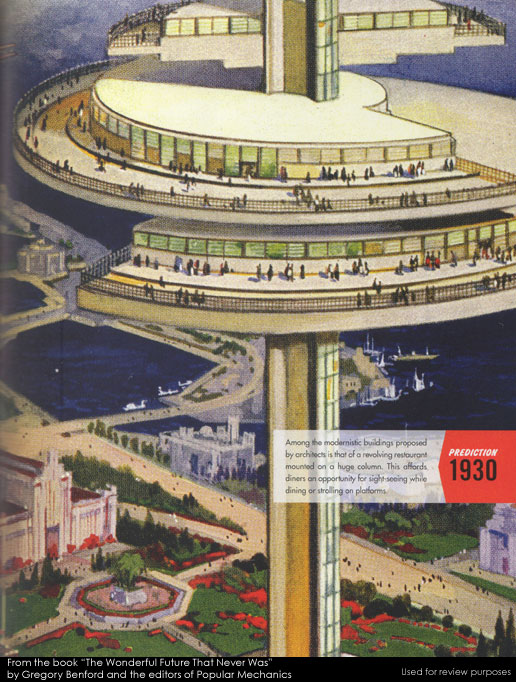