Seeing its summer and many people are on vacation, here are some lovely photos and brochures from the Disneyland Hotel in Anaheim, California for you to peruse. Maybe you and your family are due for another road trip in ye’ old station wagon?

The Hotel was built along the park in 1955 as a motor-inn and operated by Jack Wrather under an agreement with Walt Disney. The Hotel saw several expansions and changes over the years and was finally acquired by Disney in 1988. Why? Apparently, the park proved to be too costly to build at the time and Disney could not afford to operate their own hotel at the same time.

For more Disneyland adventures visit our friends at Stuff from the Park and Gorillas Don’t Blog. 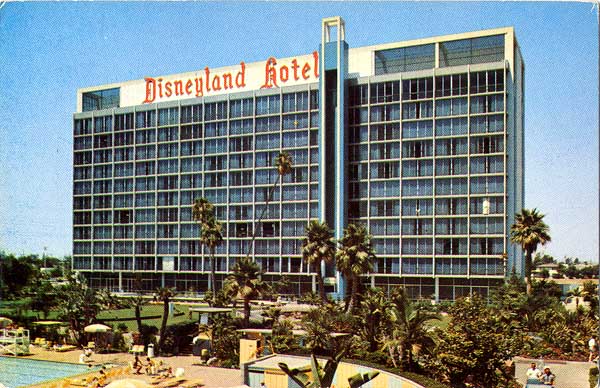 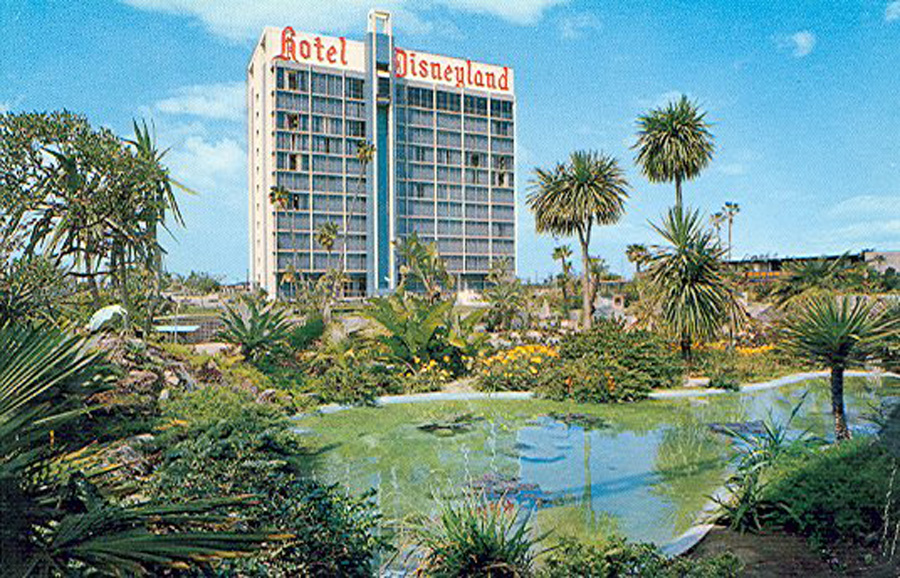 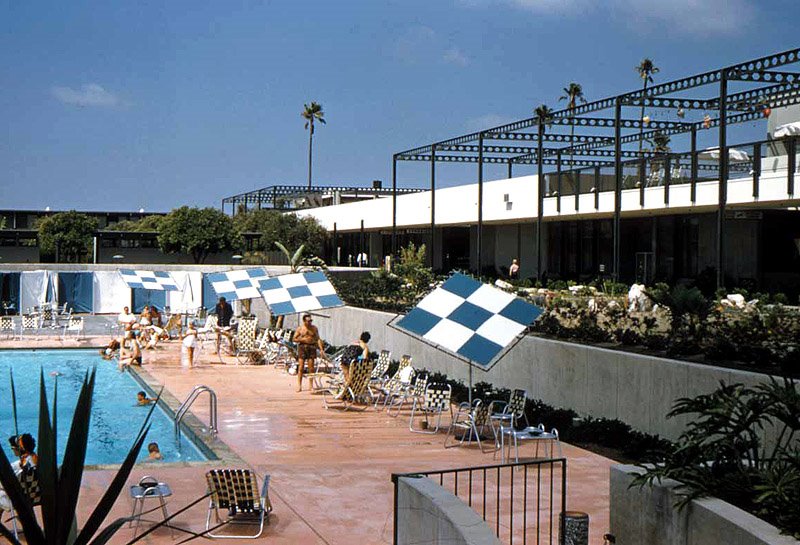 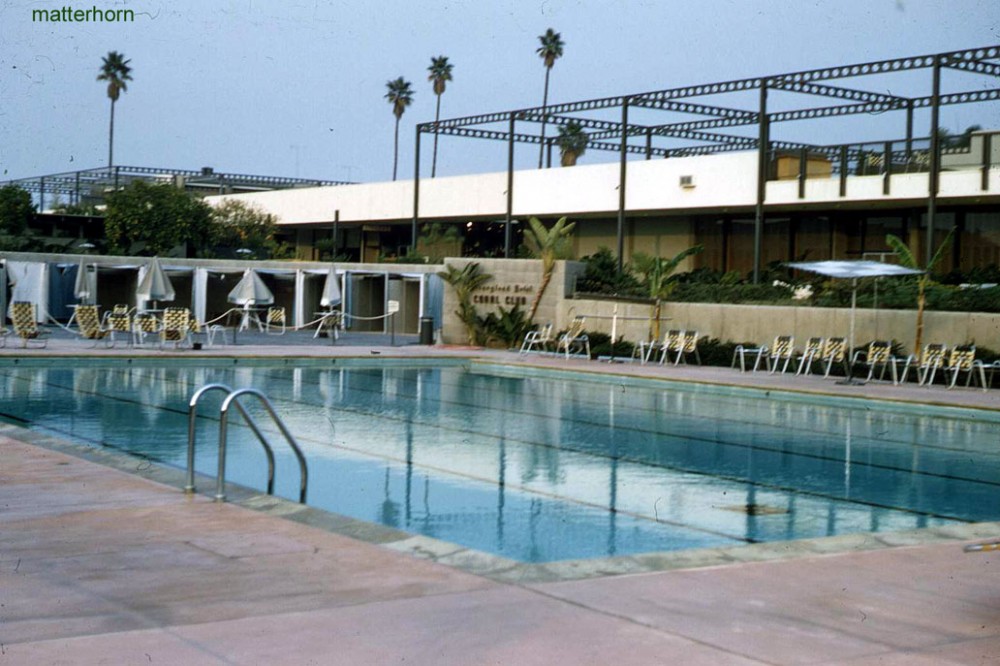 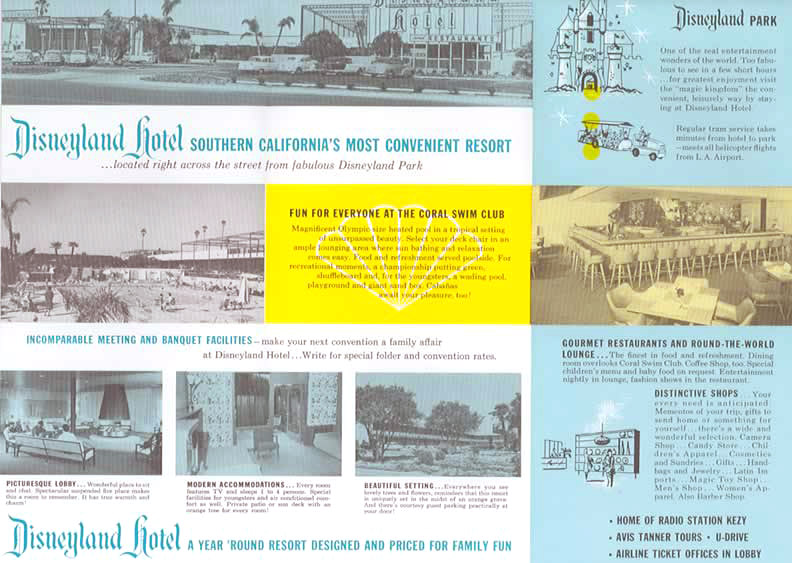 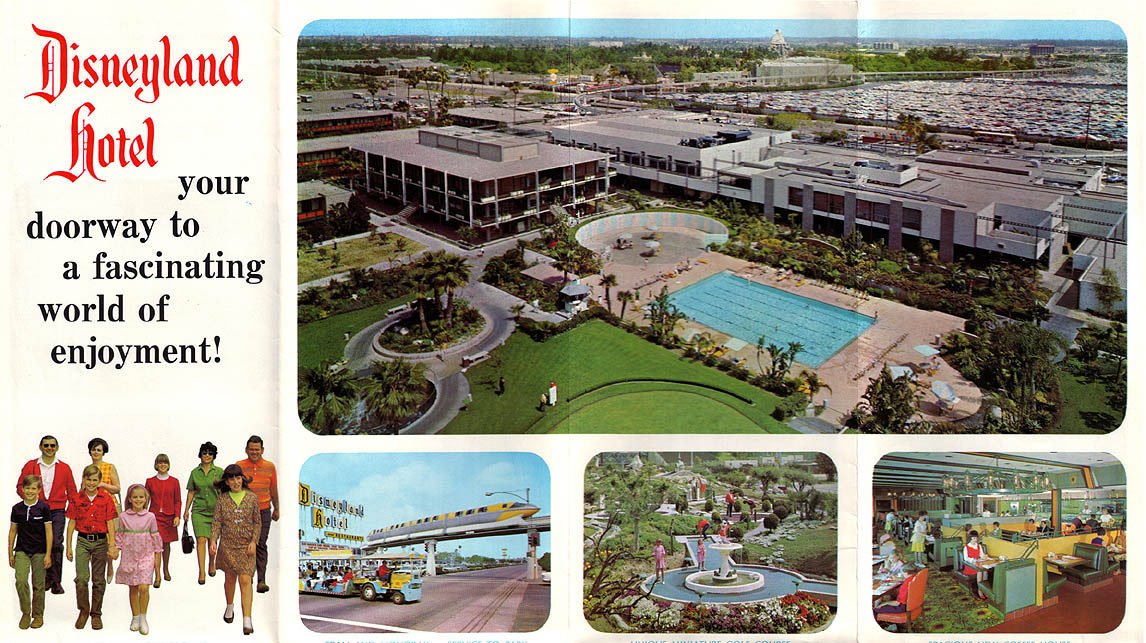