According to Wikipedia, a roadside attraction is a feature along the side of a road, that is frequently advertised with billboards to attract tourists. In general, these are places one might stop on the way to somewhere else, rather than being a final or primary destination in and of themselves.

The modern tourist-oriented highway attraction originated as a U.S. and Western Canadian phenomenon in the 1940s to 1960s.

Here are a bunch of nostalgic postcards depicting some of these roadside places – everything from coffee shops to seaside restaurants. Which are your favorite roadside attractions? 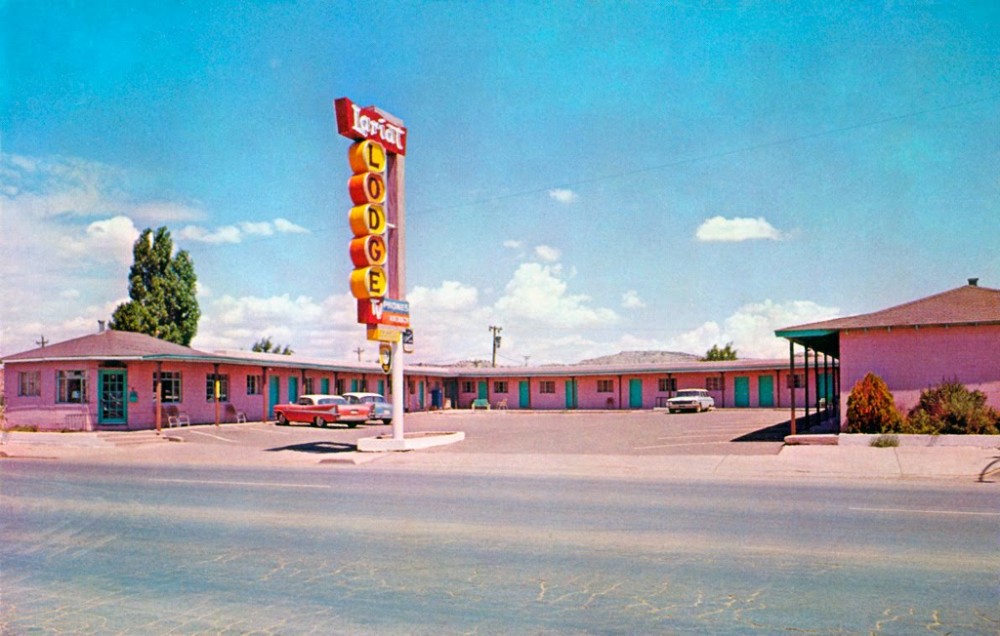 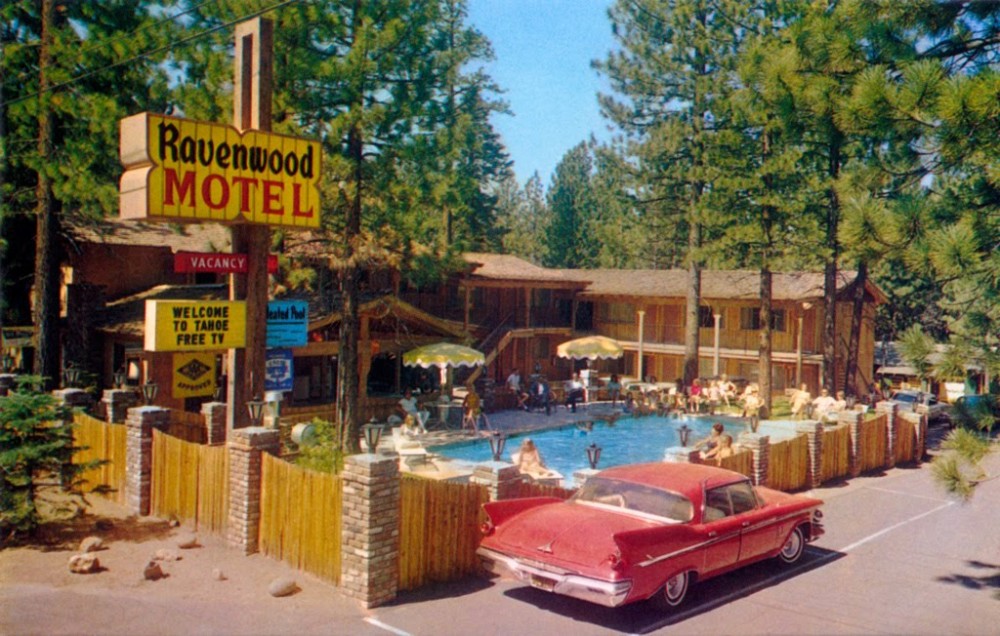 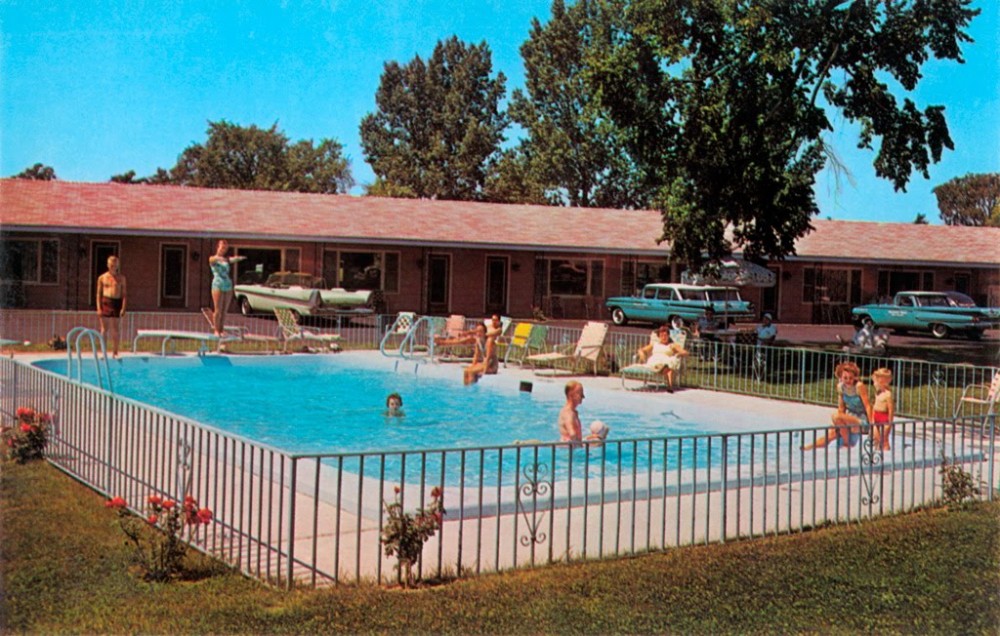 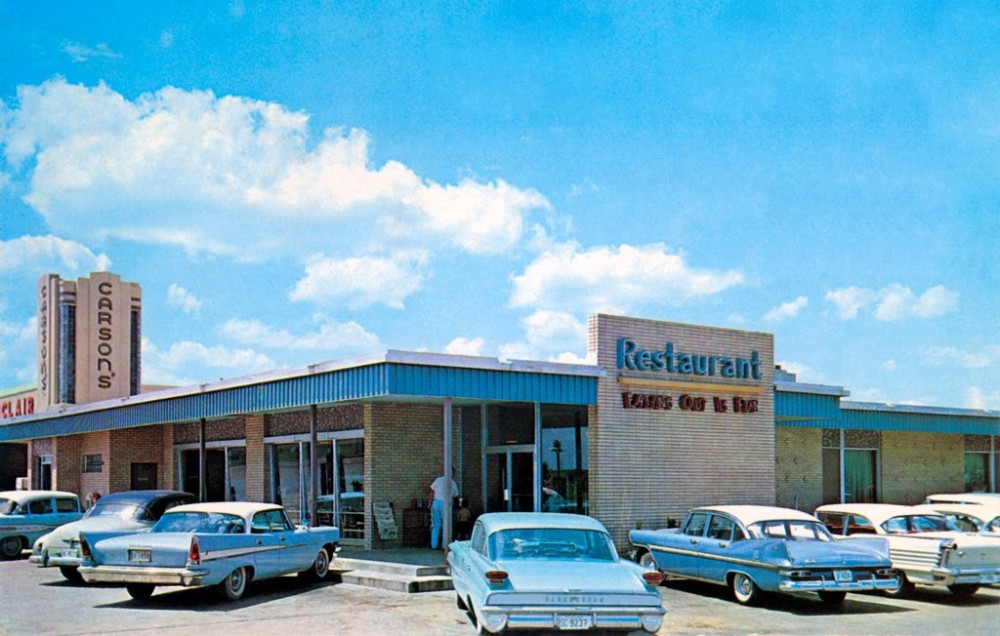 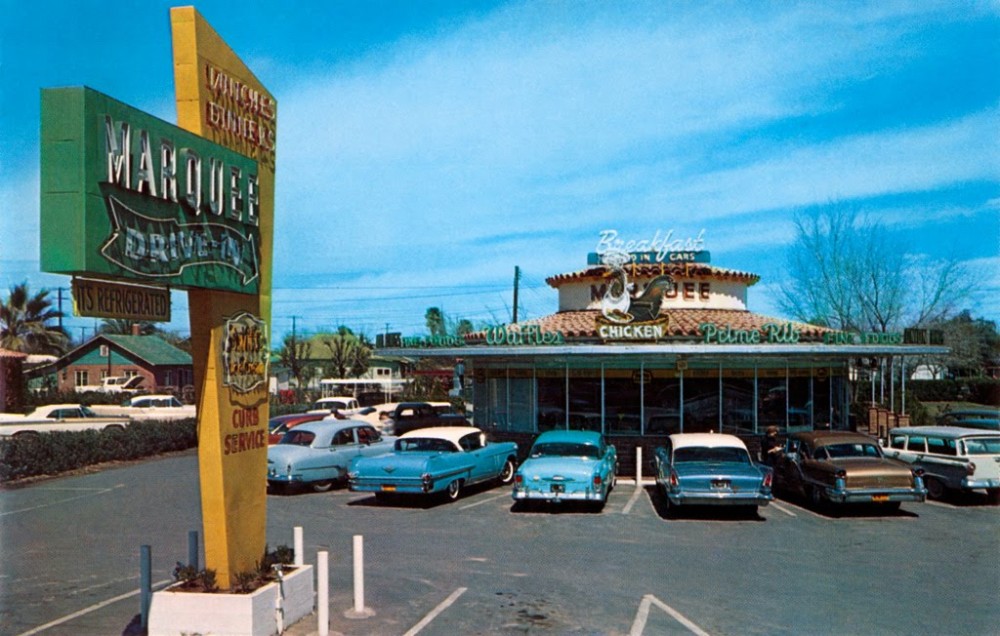 Above: Marquee Drive-In in Mesa, Arizona 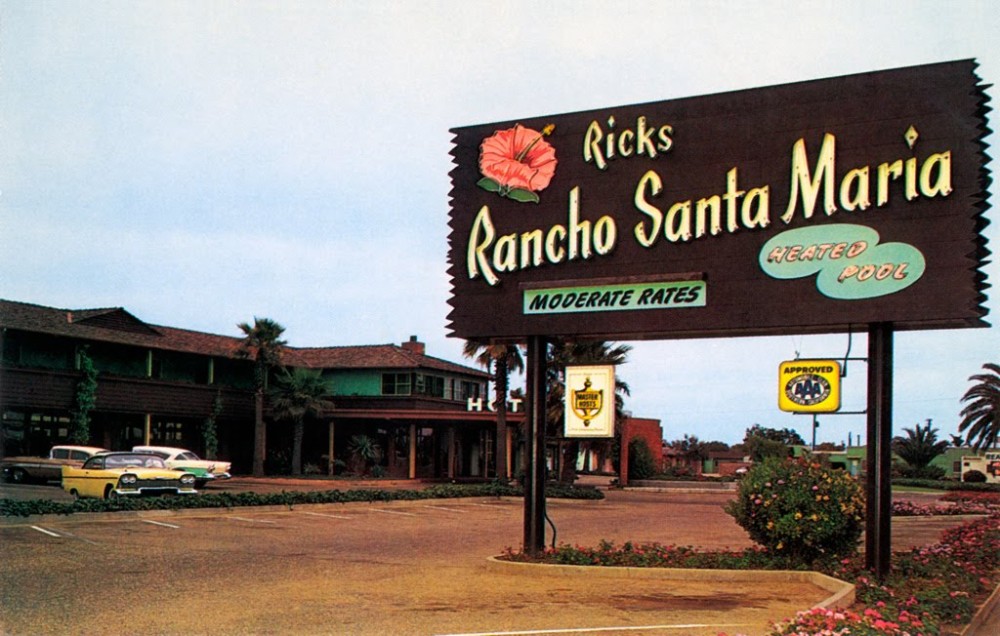 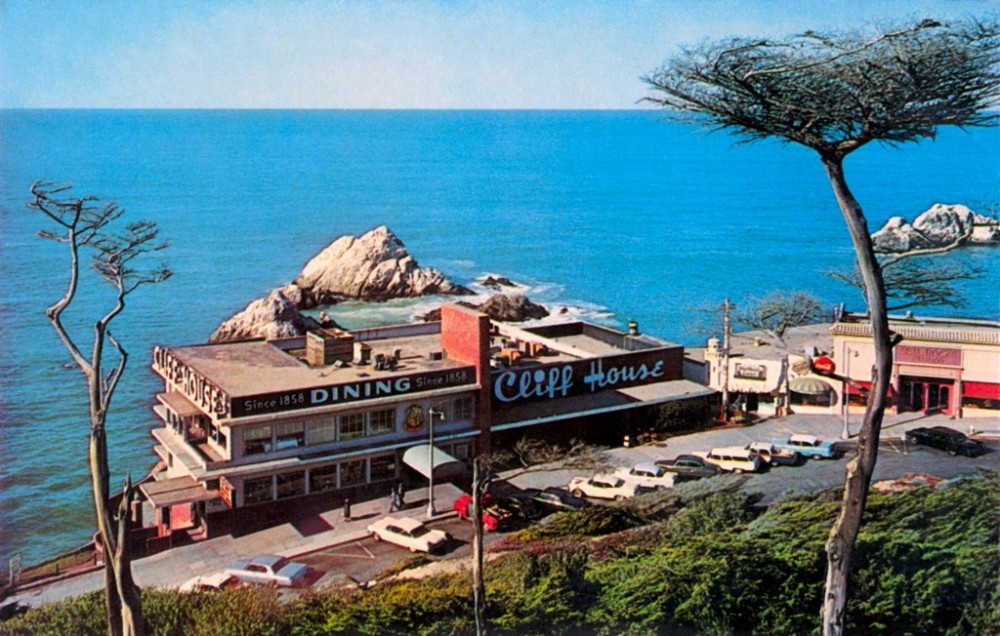