Home » Travel » Final Call – All Passengers Should be On Board

Better when you fly

I remember as a child, the huge propeller driven airliners starting up at the Cleveland Airport. In the dark blue December twilight, clouds of fire and smoke bellowed from those huge radial engines as they cranked over.

With names like Douglas, Constellation, Viscount and Convair. These were the brothers of the thundering machines that had rained bombs on Hitler’s Germany and brought atom splitting doom to Japan.

The engine nacelles and wings were dark and grimy from the exhaust and oil. Their brakes squeaked and groaned as they awkwardly manoeuvred and jostled at the gate. Resentful at being forced to Earth. Anxious and to return to the sky. Red and green lights crazily waved from the wingtips and bellies in the gathering darkness.

Reminiscing with an old friend about these memories, I remembered how my father had taken me out through the gate to see the engine start-ups up close. He was that sort of guy, an engineer, a lover of the large, loud and frightening. Flying was a very different experience back in the late 1950’s partly because of the way the passengers approached and boarded the aircraft. The term ‘gate’ comes from the fact that they originally were just that. The opening in a long chain-link fence that your flight had pulled up to.

When I started flying, Cleveland-Hopkins Airport had built what amounted to weatherised walkways along that fence, but there was still no doubt that you were out walking amongst a fleet of winged mechanical monsters! The final walk from gate, across the oily tarmac to the aircraft; was an almost religious experience.

Since this was Cleveland the weather was usually cold, windy and dark. The airplane loomed against the darkening sky. To reach up to the airplane heavy steel stairs had been rolled into place. Sometimes they were the back section of a special truck that sat idling with it’s nose under the fuselage. Climbing those ringing treads the thick smell of exhaust and aviation fuel filled my nose. In my ears was a solid wall of roaring machines, yelling men and icy whistling wind.

After what seemed like a long time and a long way I stepped through the ‘hatch-way’ to the bustling, buzzing,  warmth of the cabin and the welcoming smile of the stewardess. I had “boarded the aircraft” and become one of a clipboard list of “souls on-board”. The trip had begun and my journey was already well underway. 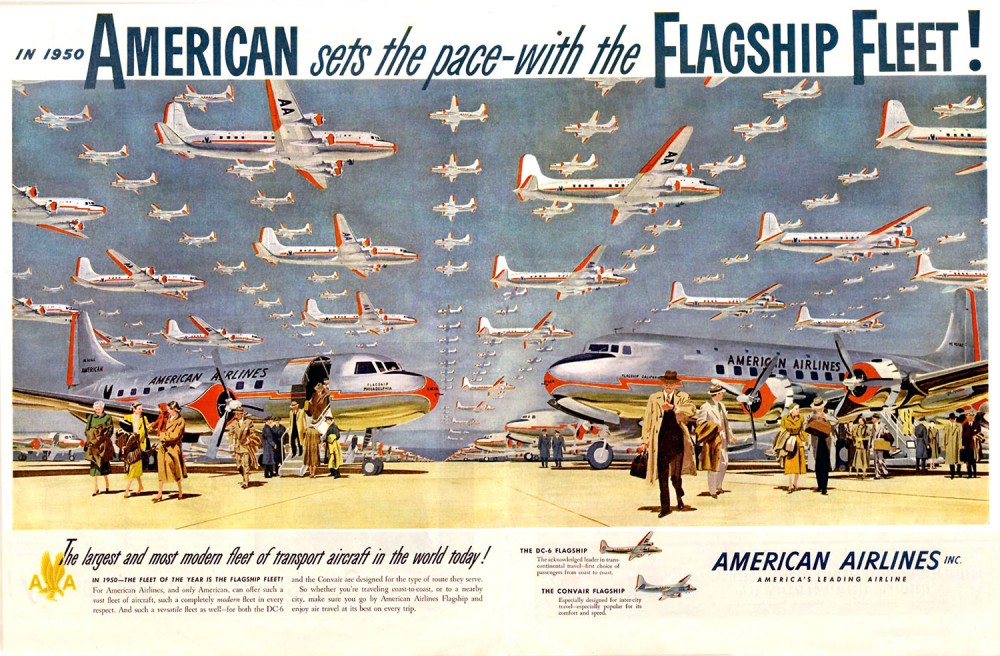 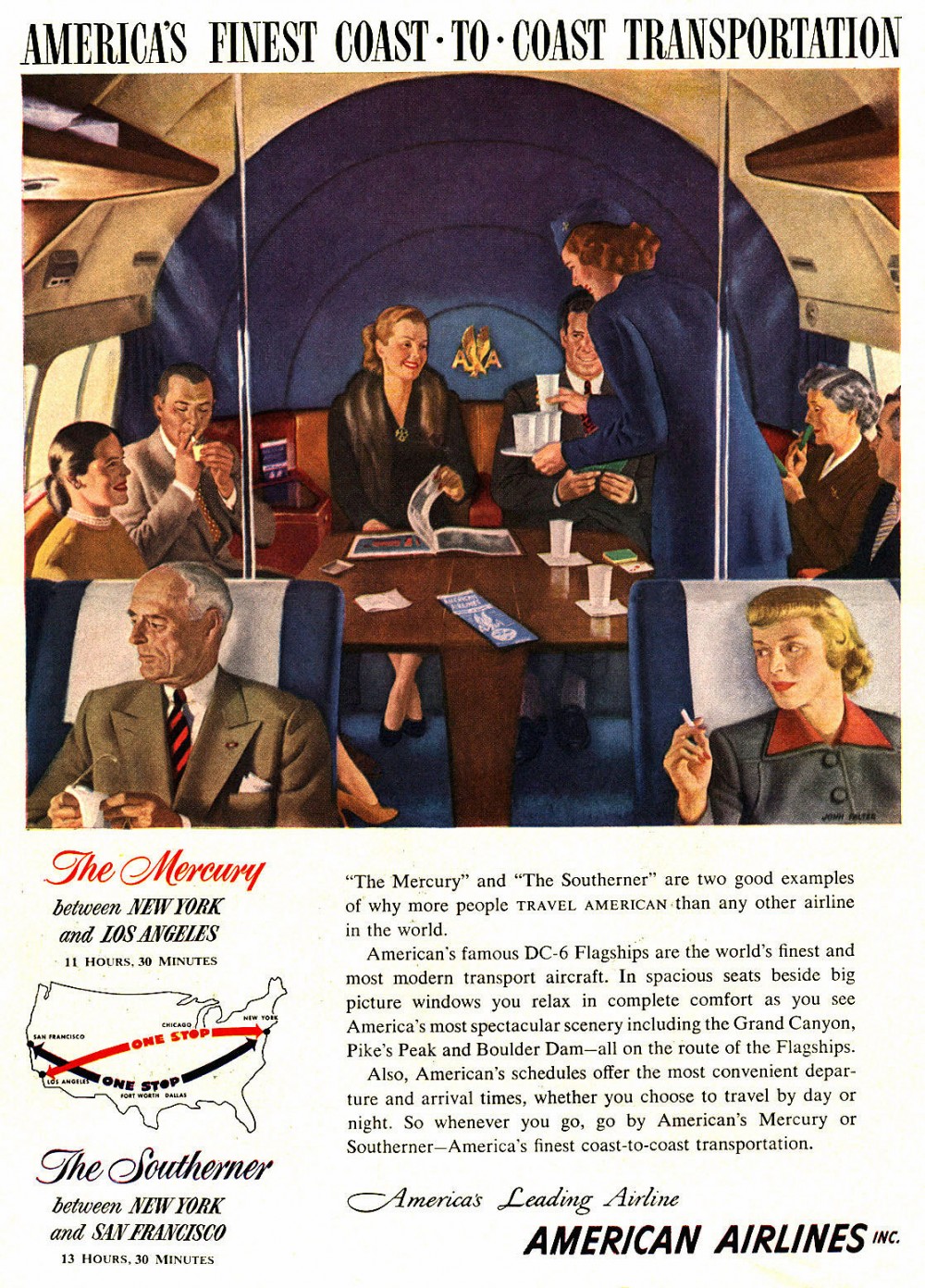 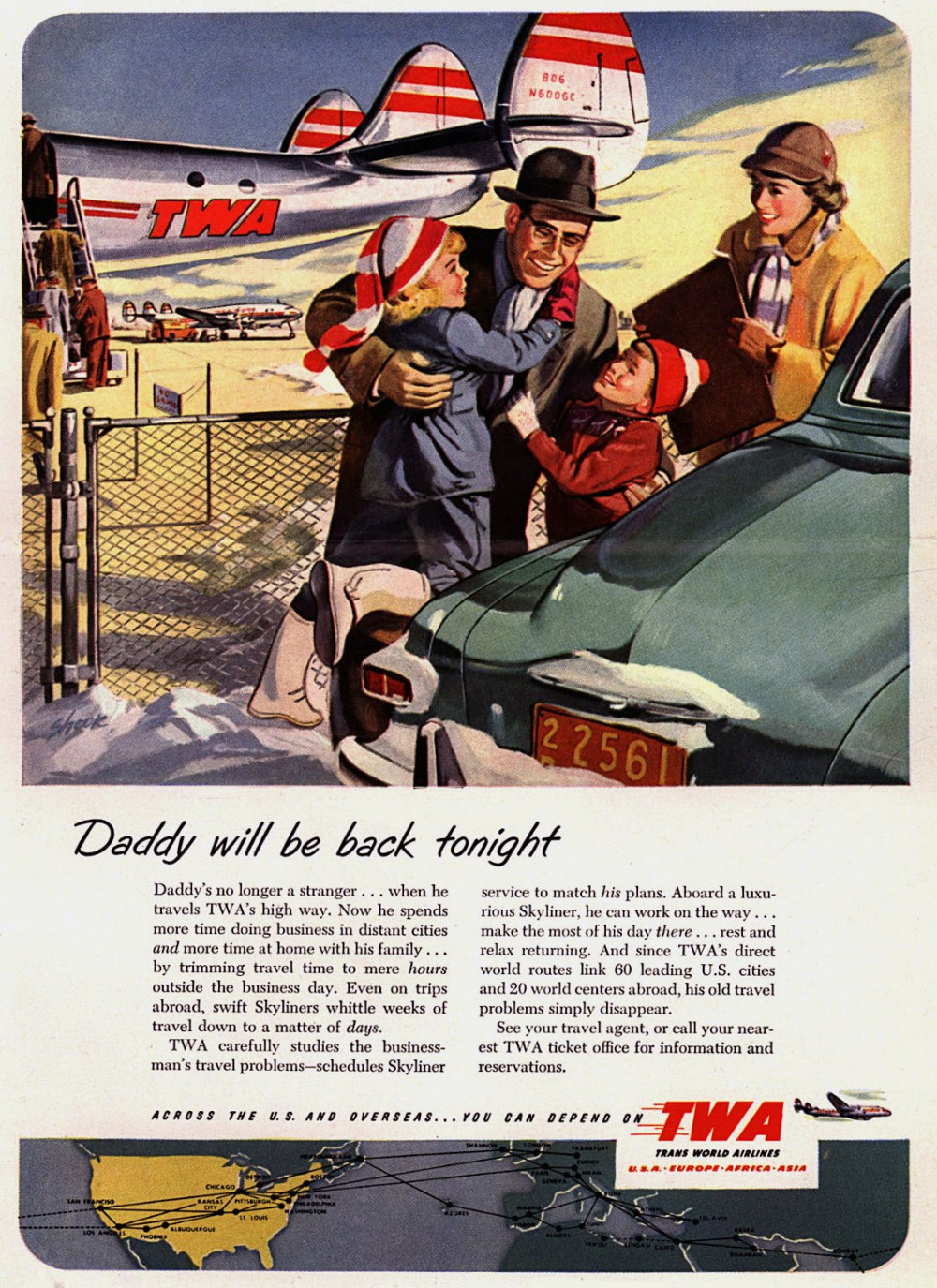 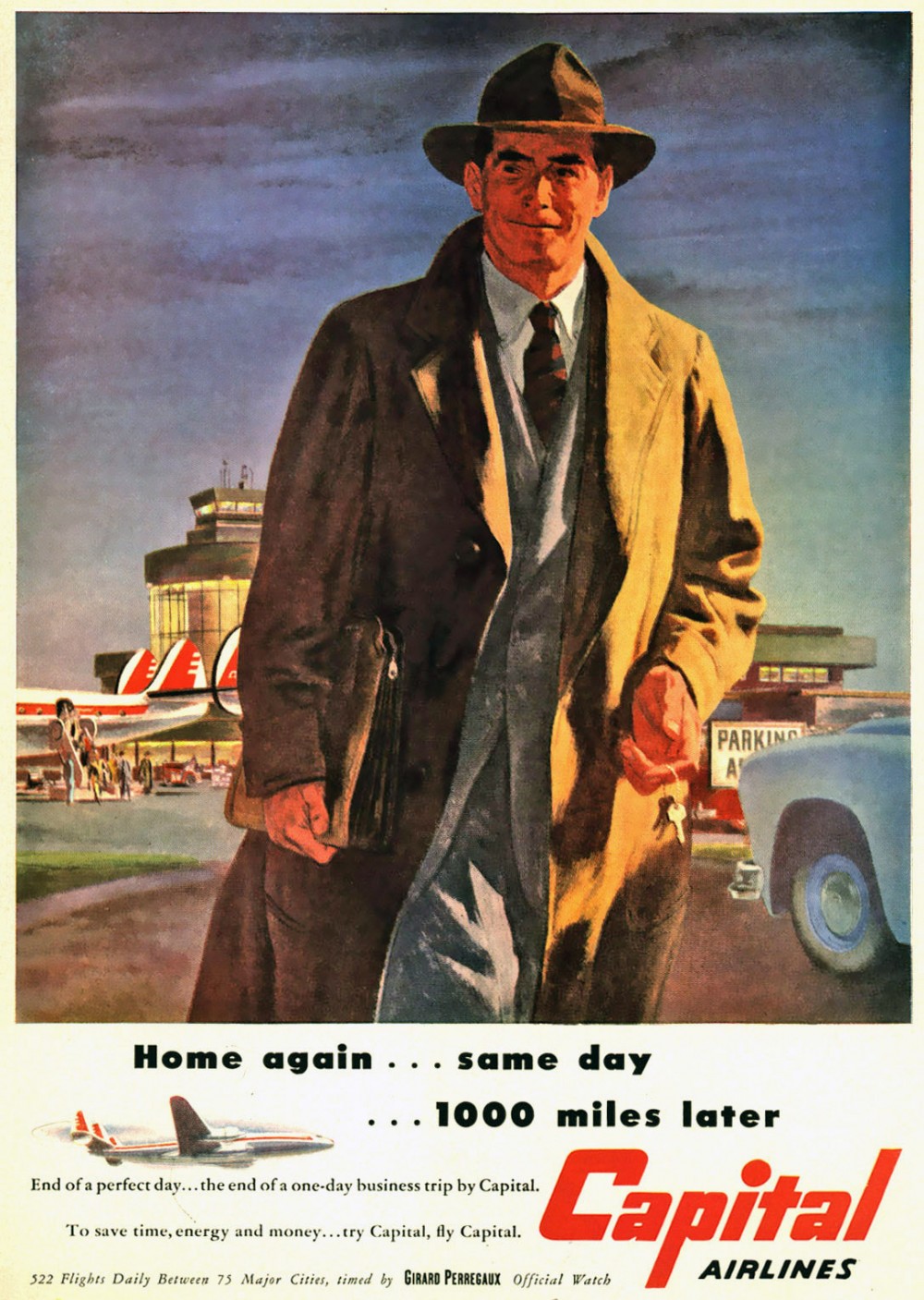 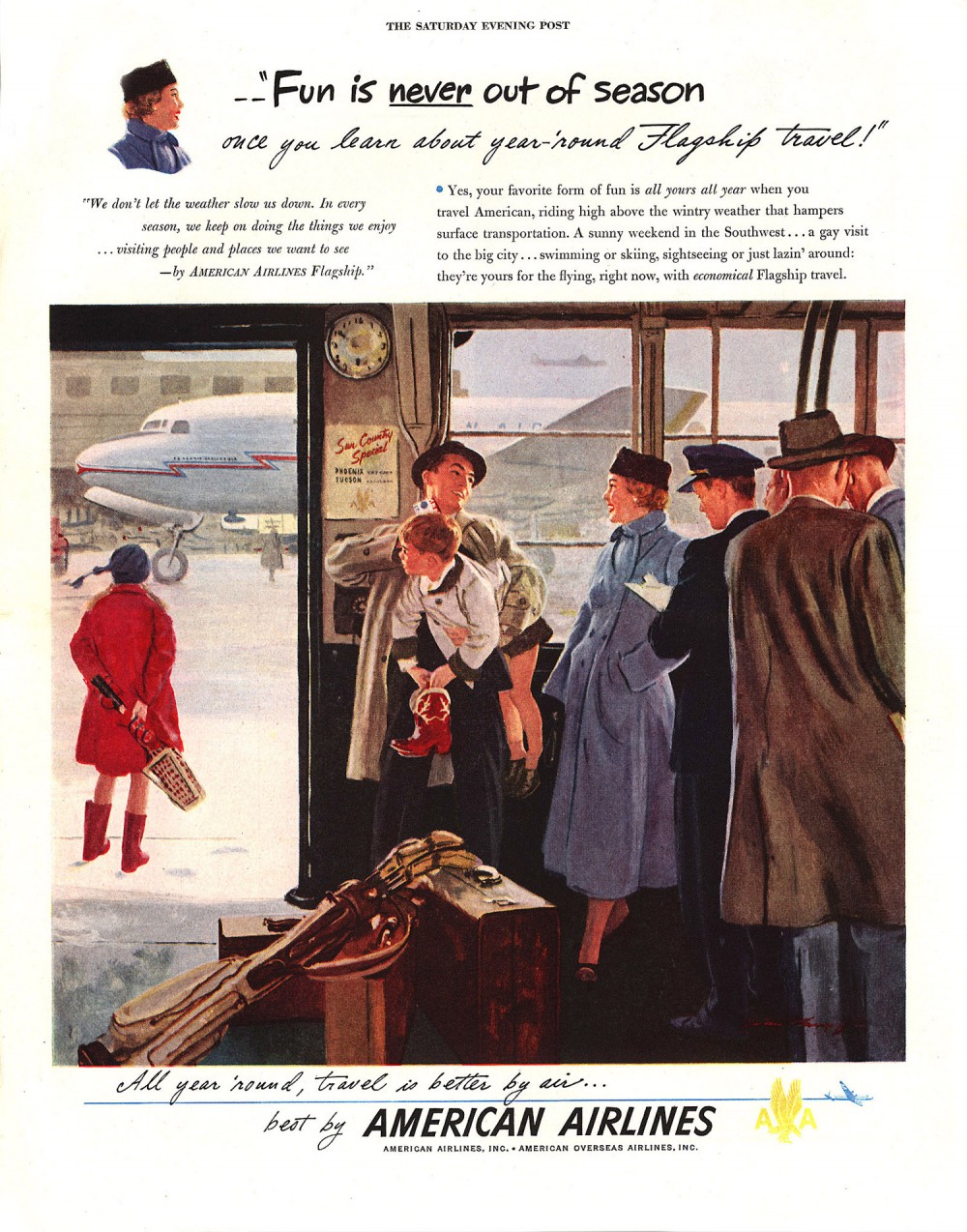 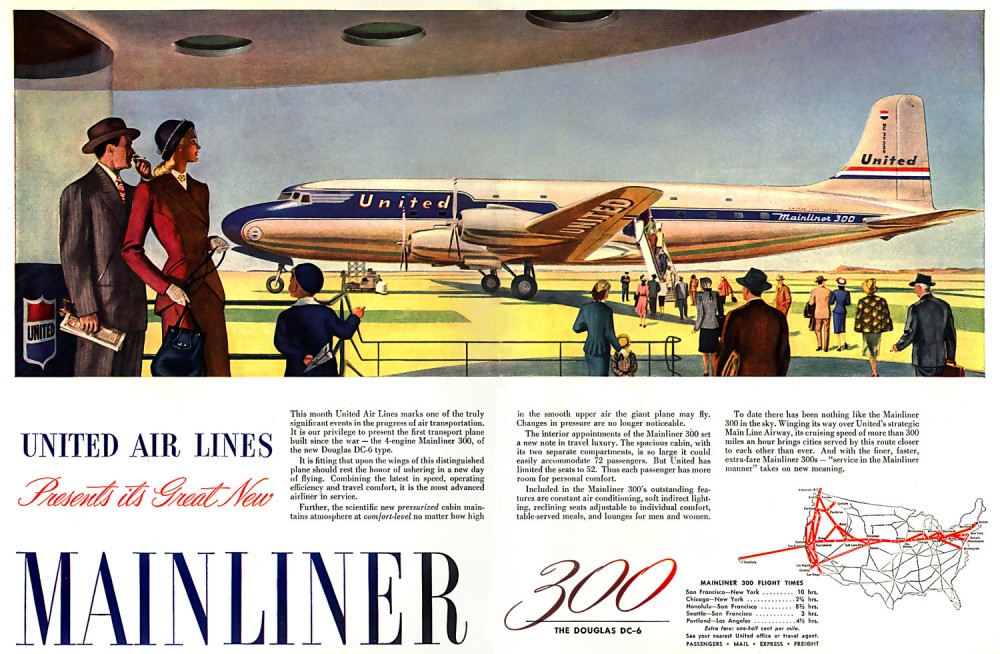 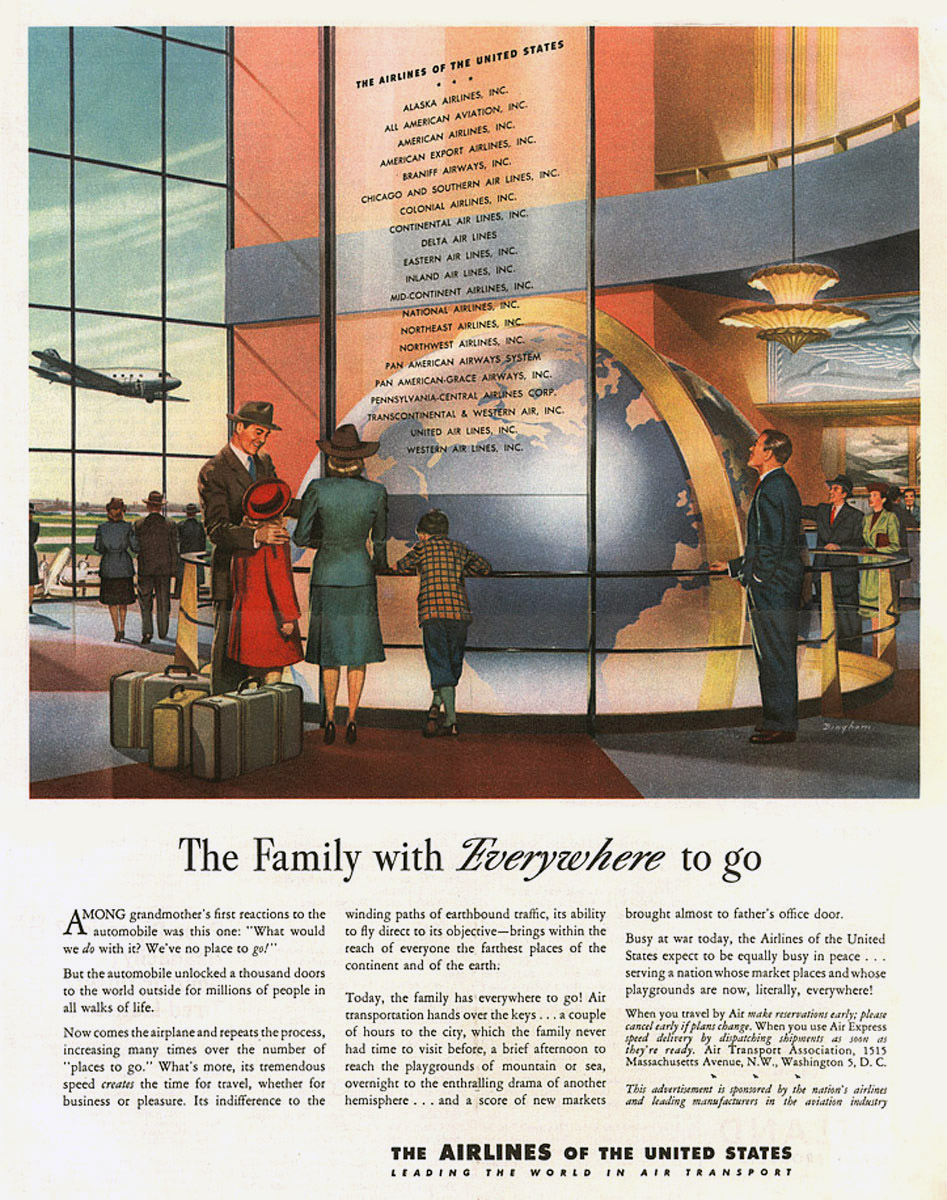 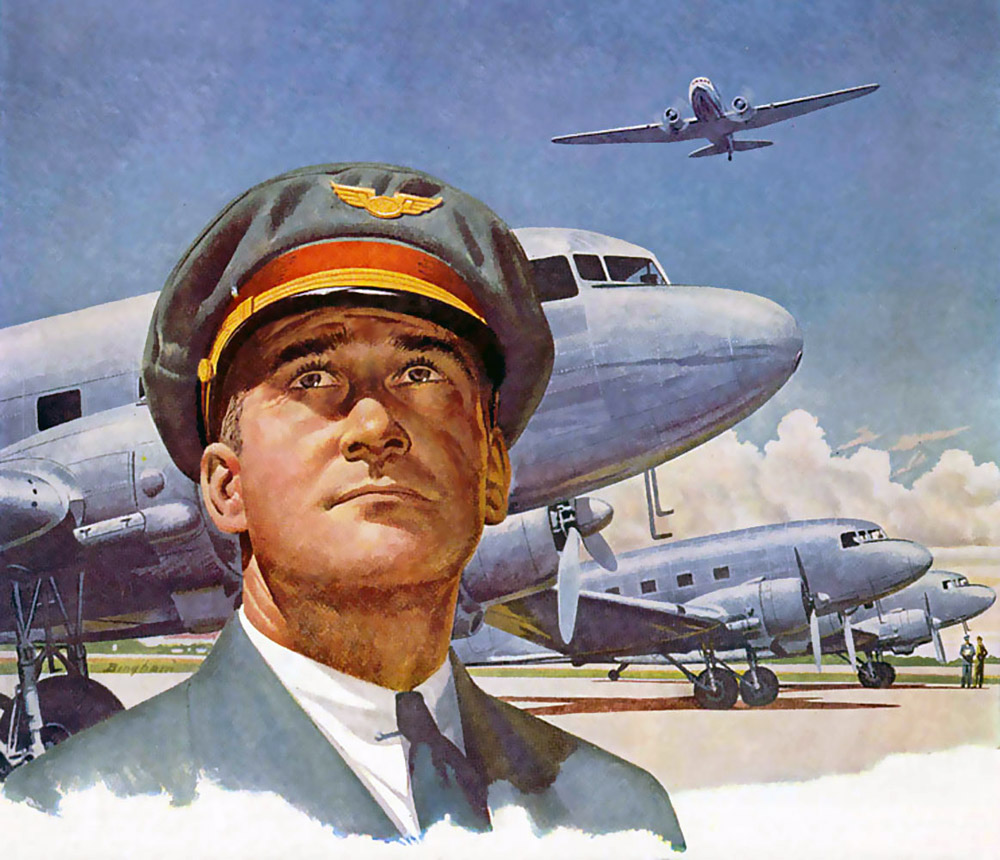