Home » Travel » Fly Me Friendly – What Air Travel Used to Be

Braniff Introduced the infamous in-flight “air-strip” in the 1960s

To travel the skies today is as innate as sipping on a chai latte. Jetting across the world upon a chair suspended 30,000 feet above the ground, all while enjoying a dry Martini, has become the norm. Once reserved to describe the rich and famous, the words ‘jet set’ have entered our common jargon.

However, air travel hasn’t always been painless and unstrained. Once upon a time, flights were rough and uncomfortable, and were largely favored by wealthy business men over the slower trains and ships. Exotic and glamorous adverts depicting faraway places triggered dreams and hopes of men, women and children, although few could actually afford to realize their dreams.

It wasn’t until the introduction of the first passenger jet engine airplane, constructed by Boeing in 1958, that things began to change. Airplanes could now fly for longer, non-stop and faster than ever before, and working as a stewardess on board became a dream career for many young women.

In the mid-1960s, airlines began focusing on distinguishing themselves from competitors through designer stewardess uniforms such as those by Emilio Pucci for Braniff Airways, trippy air plane color schemes and advertisements that mischievously stated that passengers could ‘fly Cheryl’s two 747’s to New York’ or ‘experience the in-flight air strip’. Braniff Airways’ ‘The end of the plain plane’ was just one of the countless of well-remembered ad campaigns that were splashed across the pages of magazines and newspapers of those years.

The campaigns sought to portray air travel as a glamorous adventure, and many used sex appeal—albeit in a humorous and innocent manner—to attract flyers.

Flying became quick, easy and painless but also chic and swank. In those years, the aisles of planes were transformed into catwalks upon which women walked up and down, serving not only meals and drinks but also an extravagant experience. Maybe we will all wake up tomorrow to find out that the air strip is back.

Well, a guy can dream can’t he? 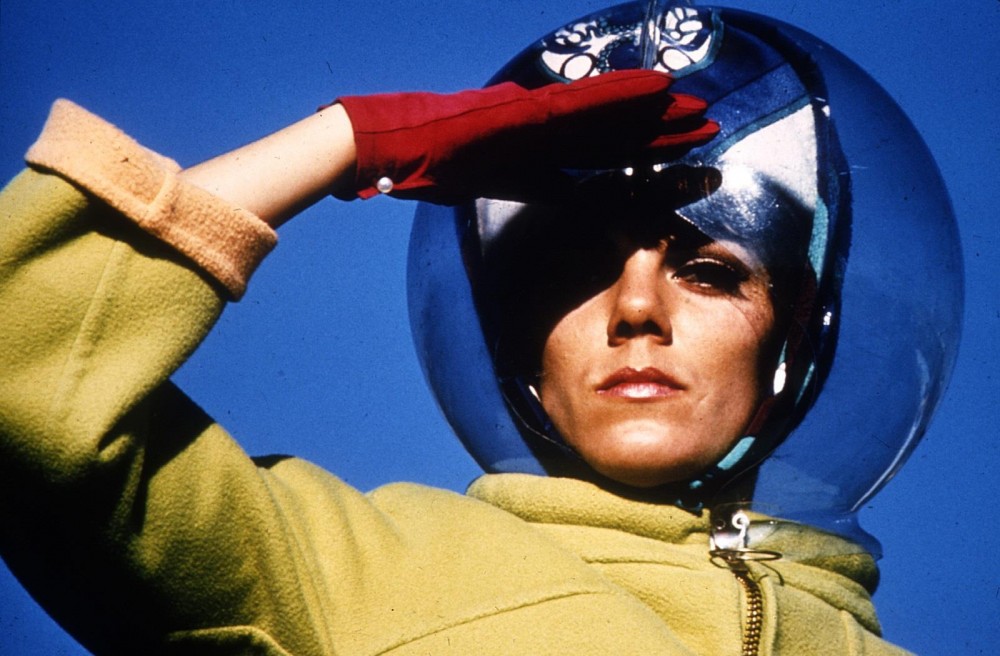 Above: A Pucci designed Bubble helmet for Braniff 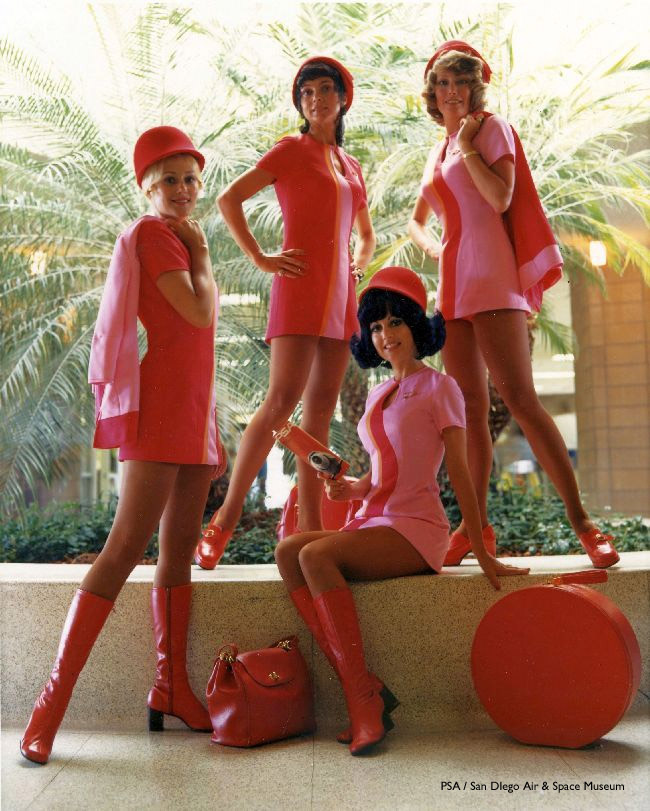 Above: PSA Stewardesses in the 1970s 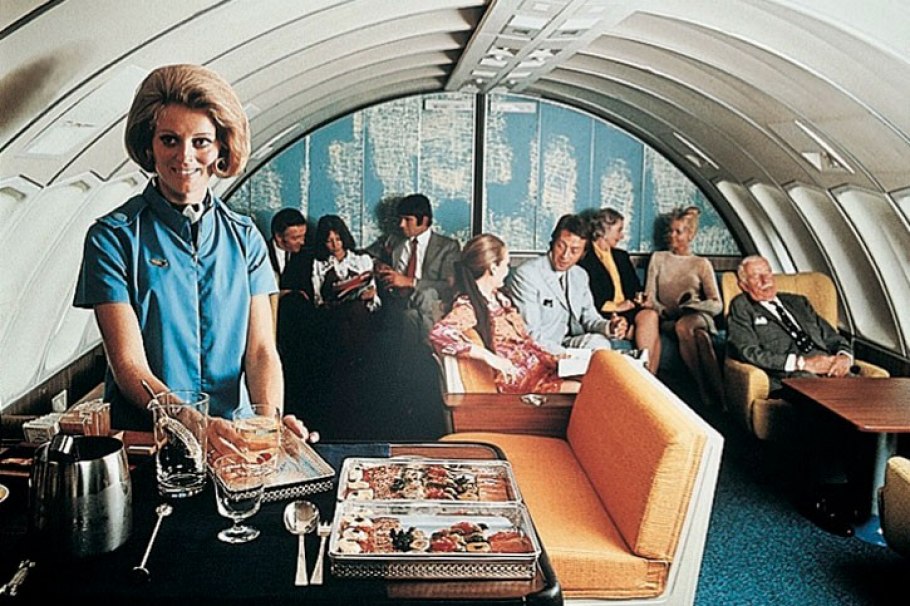 Above: A Stewardesses takes take of the first class meal service 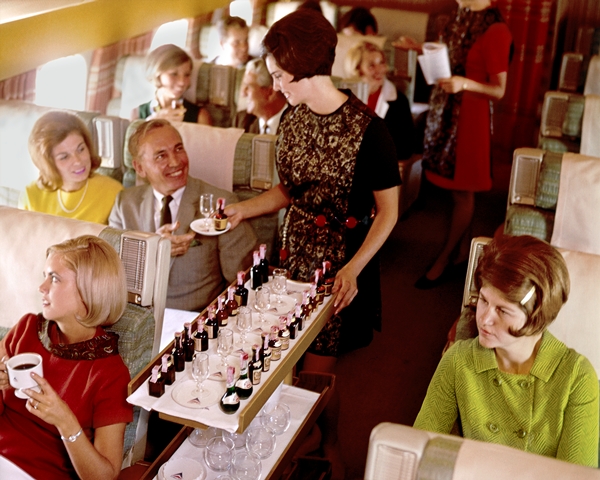 Above: Stewardess serving alcohol from serving cart circa 1968-1970