Look back at the 20th century and you’ll struggle to find a moment where the world was not in a state of flux. From the Titanic to the two biggest wars in human history; the invention of computers to nuclear fission, the 20th century is peppered with transformative events and technological developments which ushered in massive changes to our way of life.

One of the biggest developments of the 20th century was the growth of international travel. Before then, travelling to another country was practically unheard of (certainly not for the masses) and a costly luxury in which only the world’s wealthiest could afford to participate.

At first there was the golden age of ocean liners in the early 20th century and later the birth of jet travel in the late 1950s. It’s fair to say the era shaped the way we holiday and view travelling today. It also introduced serious change to luggage. From the suitcases of the 1960s jet-set, to backpacks of 1970s international explorers, how the humble suitcase has changed since then is really rather extraordinary. And this is where our journey begins.

Turn of the century: Monograms, Samsonite and ocean liners

The beginning of the 20th century was an interesting time to travel. Gigantic ocean liners capable of transporting thousands of people across the Atlantic were at their peak, ferrying the rich and fabulous from London to New York frequently. It was also an interesting time for luggage. Although it was founded 50 years earlier, French luxury brand Louis Vuitton was one of the first trunk makers for such travel – inventing a design which became synonymous with its brand over the next century – the iconic monogram – in 1896.

In 1910, Colorado-based entrepreneur Jesse Shwayder named one of his hand-built suitcases Samson. Over the next 30 years, the company developed the now famous Samsonite brand name, which it officially adopted in 1966.

Since giant steamships and railways were still the international travel hotlines of the day, suitcases weren’t exactly designed for portability. Many were made from wood and leather with heavy iron bases for structural integrity on long journeys – suitcases which are now better suited as retro coffee tables or left as relics in the form of furniture.

The 1920s: The automobile revolutionises the design of luggage

Although automobiles had been around since the earliest years of the 20th century, it wasn’t until the 1920s that they became hugely popular. The growth of the automobile led to a revolution in the design and structure of luggage.

With cars replacing trains as the dominant mode of land transport, the bulky, heavy suitcases of the turn of the century started to disappear. In their place, lighter boxes and suitcases – much like those we use today – emerged onto the market.

Suitcases became lighter, more mobile and significantly more affordable as an entire generation of people – most of whom had previously only ever travelled locally – got the chance to travel long distance in an automobile.

With World War II ushering in the jet engine, long-distance international travel was suddenly something which happened in the air instead of on the sea. By the 1950s, jet travel was the latest and greatest way for the rich and famous to go on vacation.

The great ocean liners of decades past disappeared, with convenient (and amazingly luxurious, by today’s standards) air travel revolutionising journeys. Luggage design followed suit; the bulky clasps and padlocks of ocean liner and rail travel were replaced with light, convenient zips. Since waves and leaks were no longer a hazard, many waterproof elements like iron and leather disappeared.

The 1950s also turned luggage into a serious fashion statement. From Cary Grant to Elizabeth Taylor, the most iconic stars of Hollywood’s golden age were rarely seen disembarking into the Pan Am Worldport without their designer luggage in tow.

Girl With a Suitcase (1961) – Claudia Cardinale stars in this romantic drama by Valerio Zurlini as a naïve nightclub singer who lives on the goodwill of others. The movie was entered into the Cannes Film Festival.

The 1970s: Wheeled suitcases and the decline of the porter

During the jet set era of the late 1950s, travellers rarely carried their luggage to and from the plane. That was the job of porters. In the 1970s, however, luggage changed once again and the job of the porter disappeared from most airport check-in desks.

What changed? In 1970, a gentleman called Bernard Sadow realised that carrying a heavy suitcase was… well, difficult. His simple idea – of installing small wheels on a suitcase – made carrying even the heaviest suitcase a simple task for passengers.

What does the future hold for luggage?

While the 1950s and 1960s were undoubtedly the golden age of international travel and iconic luggage, the development of baggage didn’t end with the wheeled suitcase or decline of the porter.

Throughout the 1980s, new forms of luggage evolved: the iconic Hermès Birkin bag, the Cold War’s infamous KGB nuclear briefcase and the popular Kipling travel brand from Belgium, to name a few.

Although luggage may seem like something rather uninteresting and a bit of a drag (quite literally sometimes) its evolution alongside the context of technological development, holidays, travel and mobility is actually quite remarkable when you think about it. 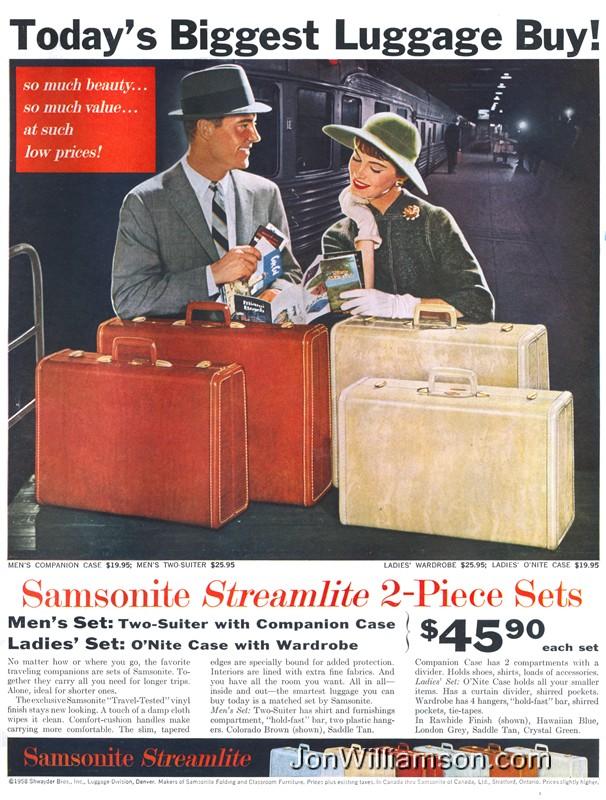 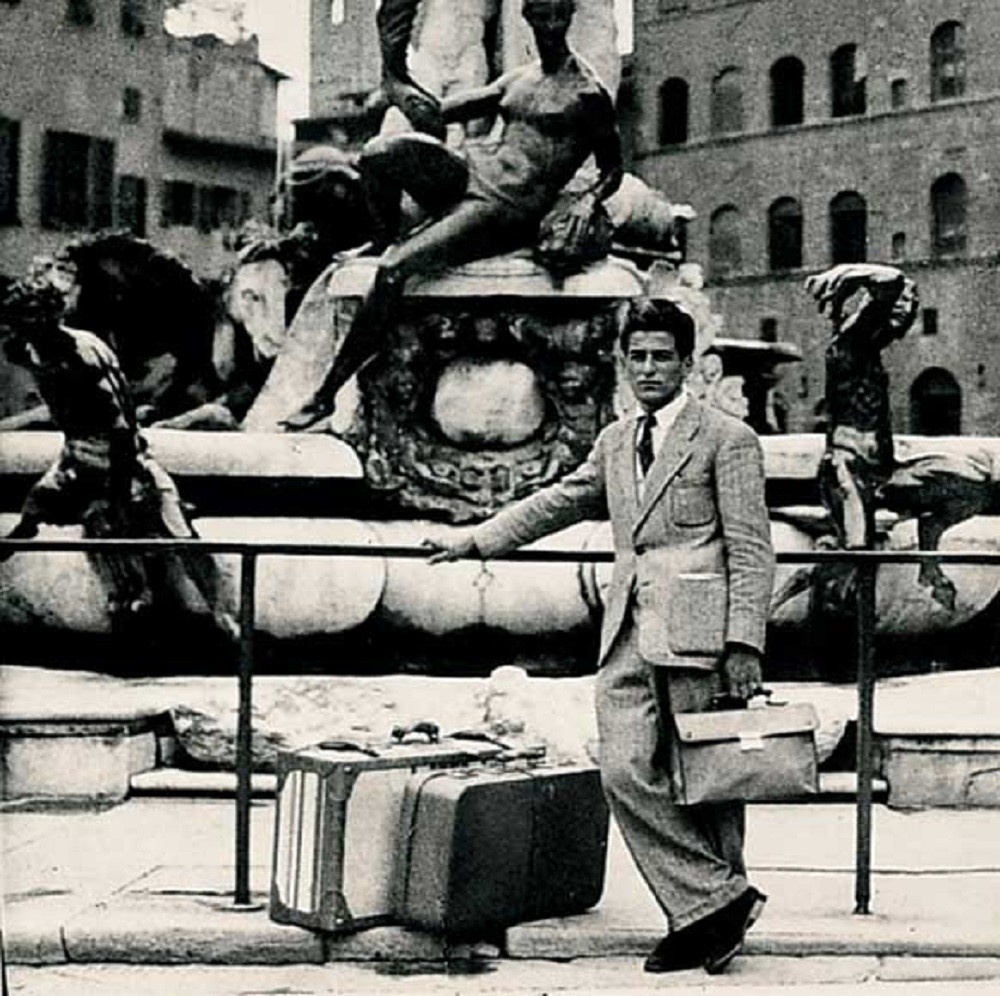 Above: 1952 Bric’s founded by Mario Briccola 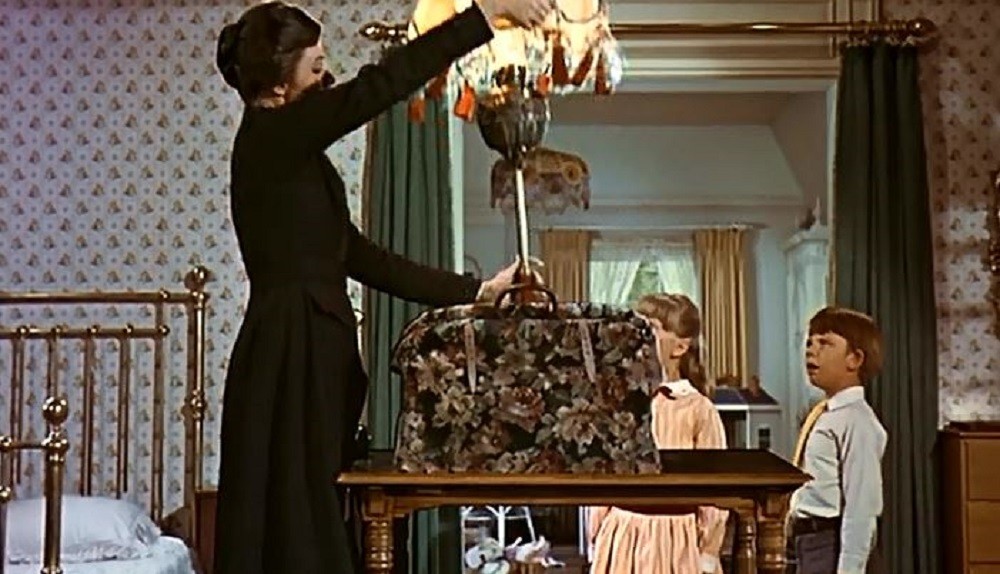 Above: 1964 Mary Poppins release (she has a carpet bag which famously holds everything including lampshades, plants, mirrors!) 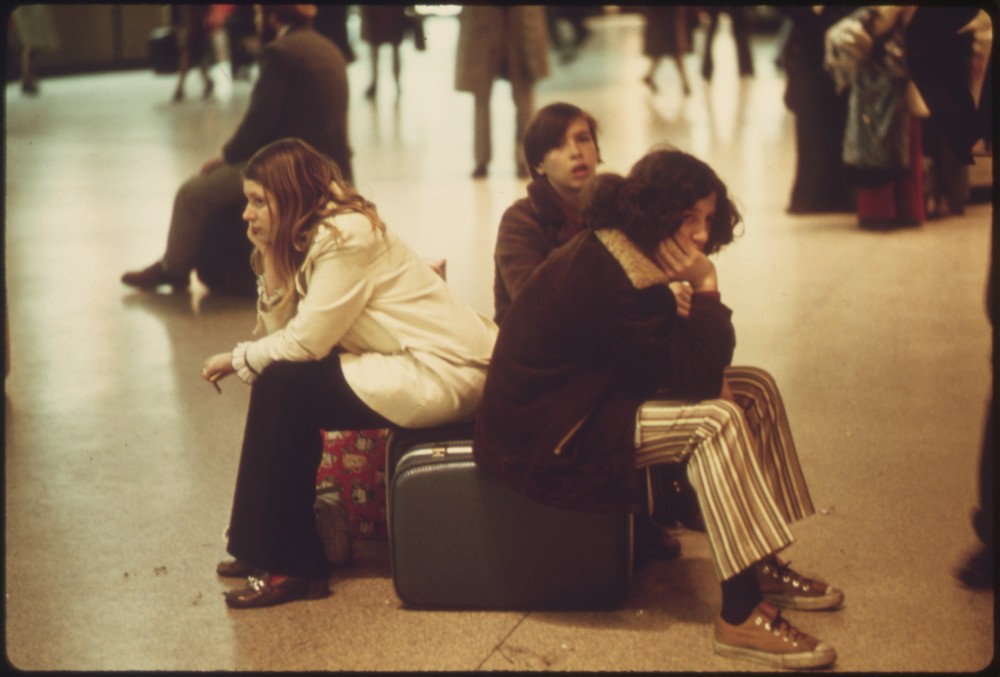 Above: 1970s suitcase. Teenagers sitting on their luggage waiting for a train at New York’s Pennsylvania station