Boeing 747, also known as the jumbo jet was first introduced in 1970. With Pan American airlines as one of its major investors they had the possibility to influence the design and development of the aircraft. It was deemed that the world needed a jet plane of massive size that could transport hundreds of passengers fast, efficient and with style.

Juan Trippe who was the CEO of Pan Am at the time predicted that the 747 would be “… a great weapon for peace, competing with intercontinental missiles for mankind’s destiny.” (Source).

Here is a taste of various photos found at the great airliners.net website, depicting how it was like to travel with a Pan Am jumbo jet in the early 1970s. For anyone who hasn’t been able to experience it first hand, I recommend getting the Space Age Lounge Volume 3 compilation and then read the article about former Pan Am stewardess Valerie Waterman. What are your memories of jet traveling in the 1970s? 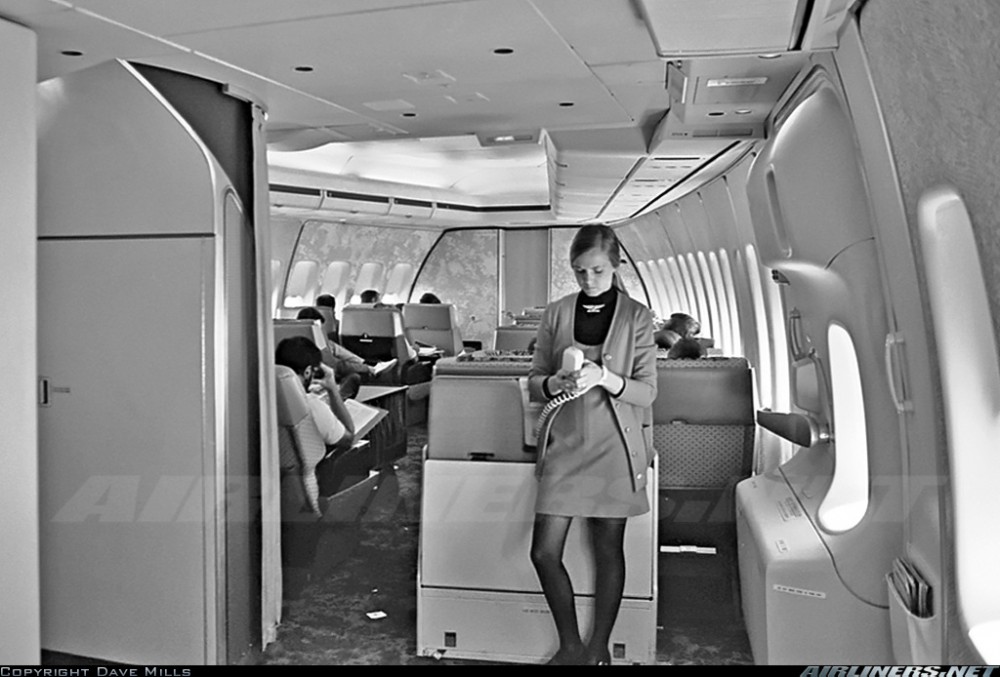 Above: Stewardess getting ready to make an annoucement — Photo via airliners.net 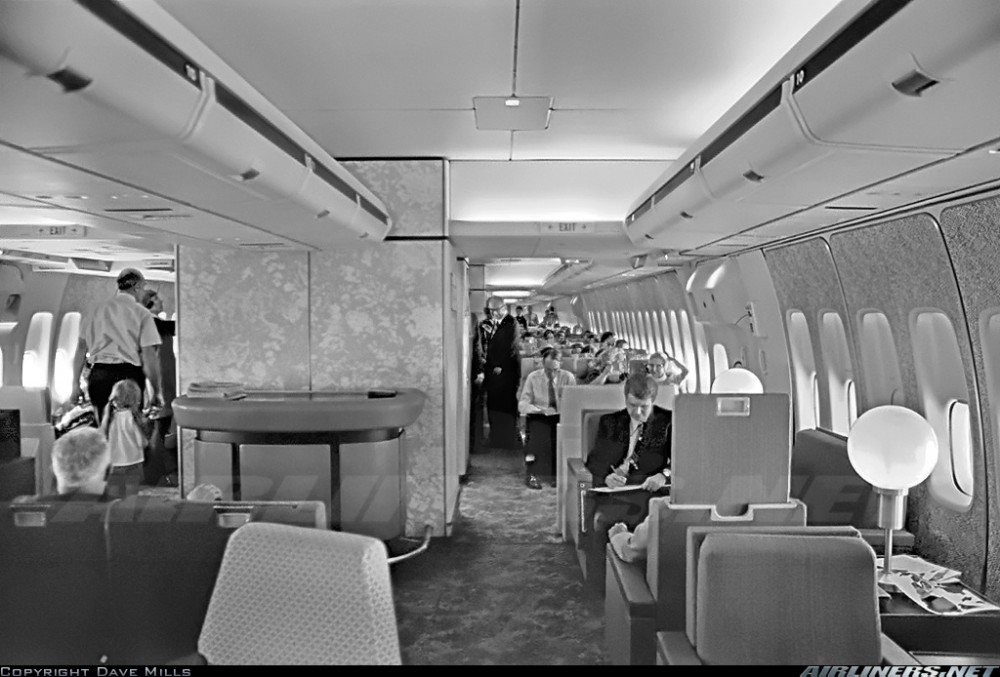 Above: United Airlines lounge and bar — Photo via airliners.net 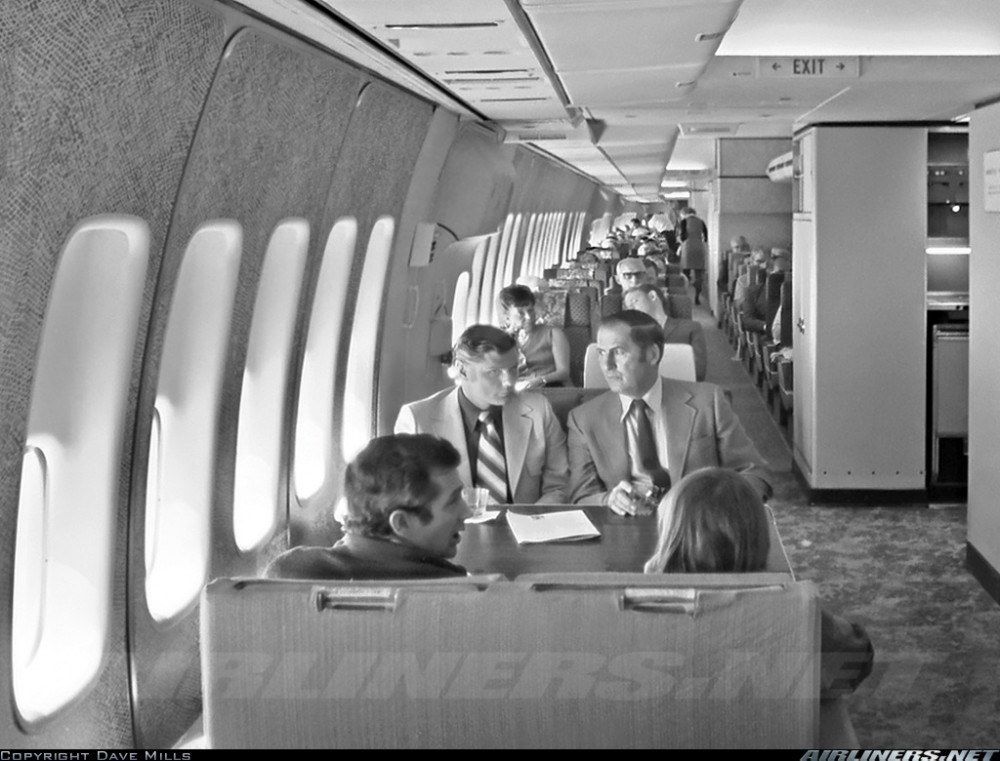 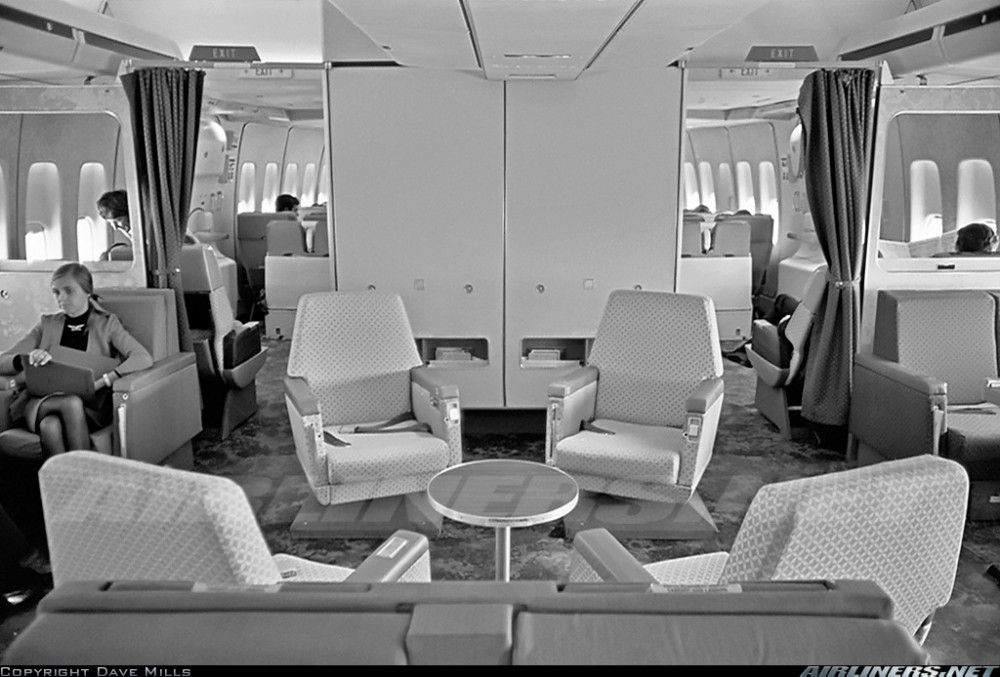 Above: United Airlines had its first class lounge on the lower deck — Photo via airliners.net 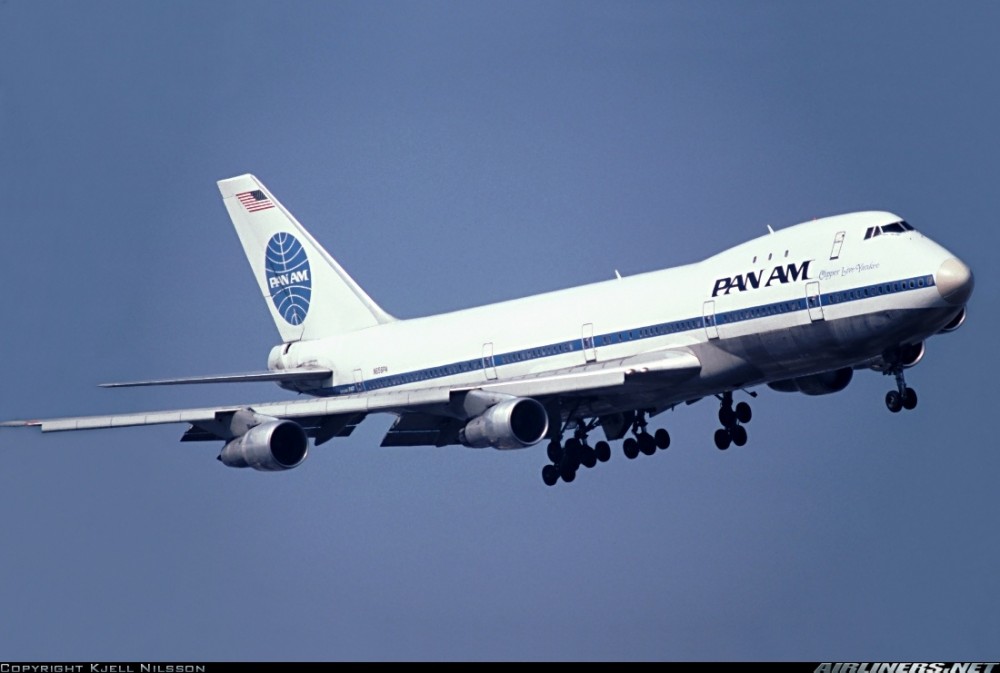 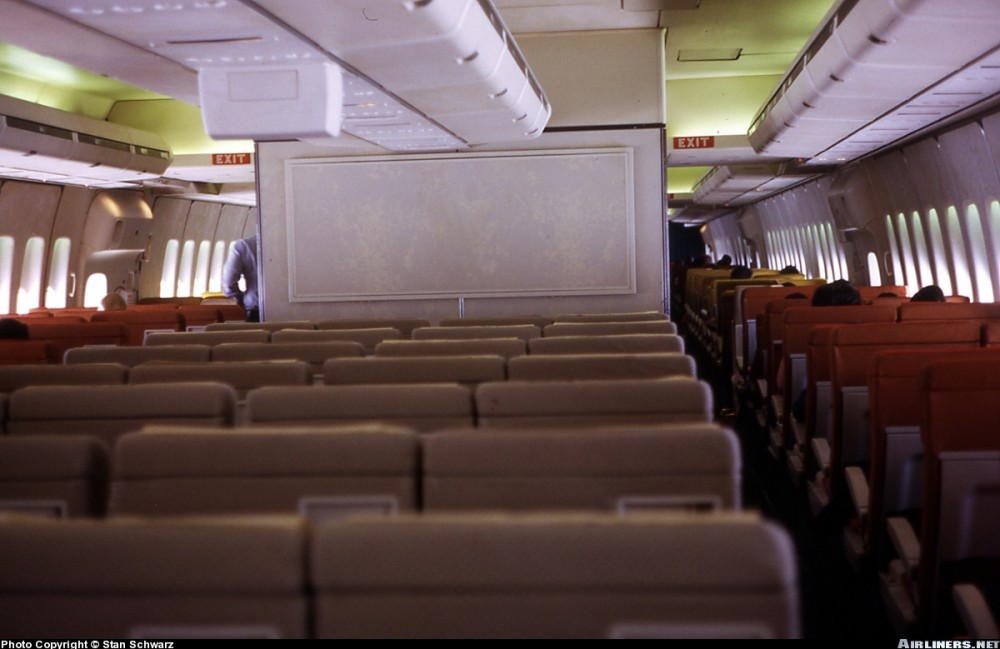