The Boeing 747 was introduced in 1970 as a answer to handle the demanding mass tourism boom of the late 1960s. Built by the Boeing Corporation and guided by legendary Juan Trippe of Pan American airways – it allowed almost 500 people in its biggest configuration to be elegantly whisked around the world in style at 30,000 feet – without having to be a person of wealth.

The Scandinavian government owned Scandinavian Airlines (SAS) wanted in on the action and ordered two jets from Boeing. The first two arrived in Sweden in 1971 and because of their gigantic size and immense power, SAS deemed it appropriate to christen them, “Huge Viking” and “Ivar Viking” with reference to the old Norse mythology.

SAS took a slightly different approach on the design and configuration of the cabin and fitted it with chairs for just 353 people in order to give the feeling of more space and comfort. First class passengers were also given their own lounge on the upper deck, where they could socialize with their fellow passengers over a cocktail or two. They also added several improvements to the original design and to mark that the SAS planes were further developed versions they called them 747B’s.

It was instantly agreed on that the Boeing 747 had the potential to become a cash cow if you can fill its cabin and cargo holds. This was however something SAS were unable to as time progressed. The Scandinavian market with its mere 17 million inhabitants back in the 1970s, was not enough to make a profit. So why even try, you ask? Because of pressure. SAS, and several other airlines, felt compelled to order 747’s of prestige reasons and not to lose market shares.

In 1987, SAS sold its last remaining Boeing 747 and the relatively short lived era of the flying Vikings were over. Smaller and more fuel efficient planes emerged that were much more economical and quieter – but air travel would never be the same again.

SAS – Flying the world at a slightly higher level 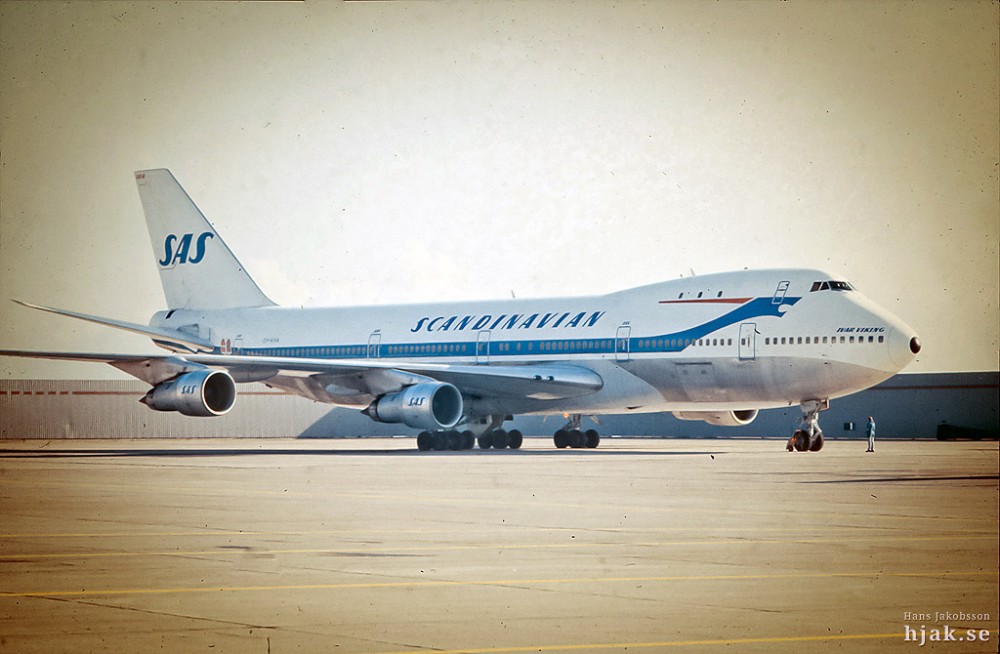 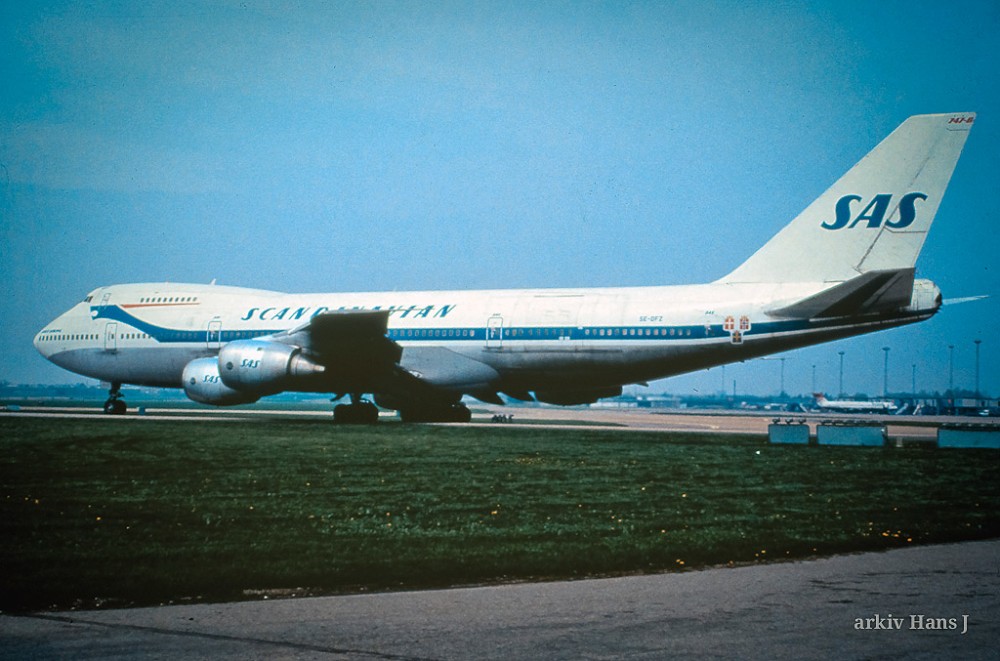 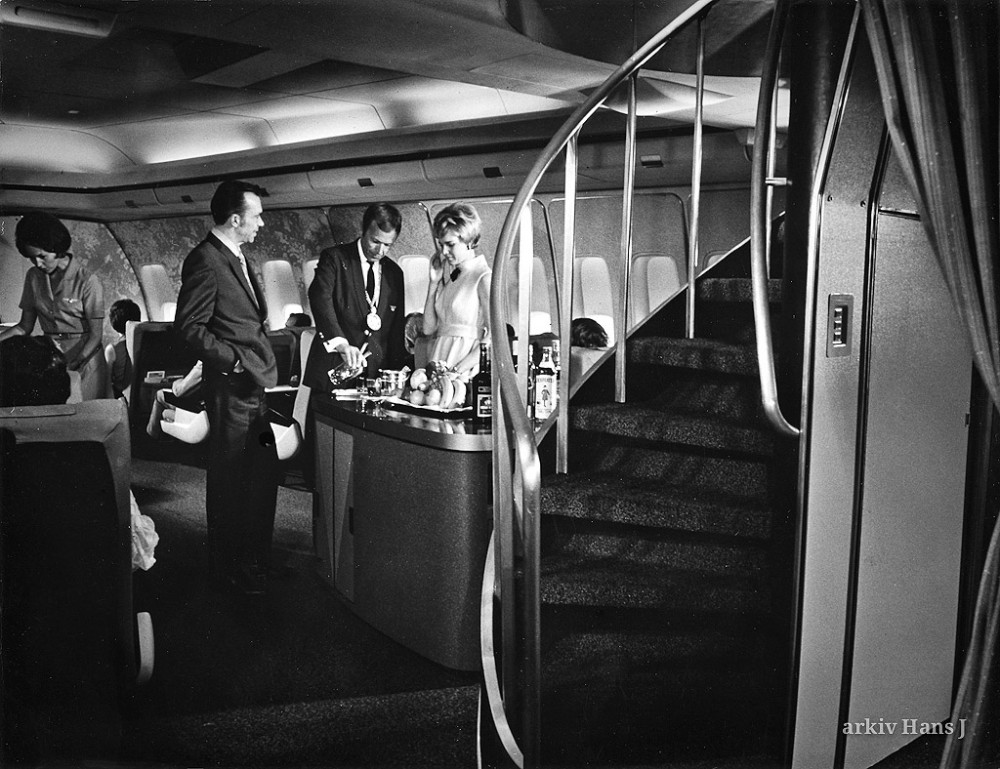 Above: The staircase from first class leads up to the lounge — Photo courtesy of Hans Jakobsson 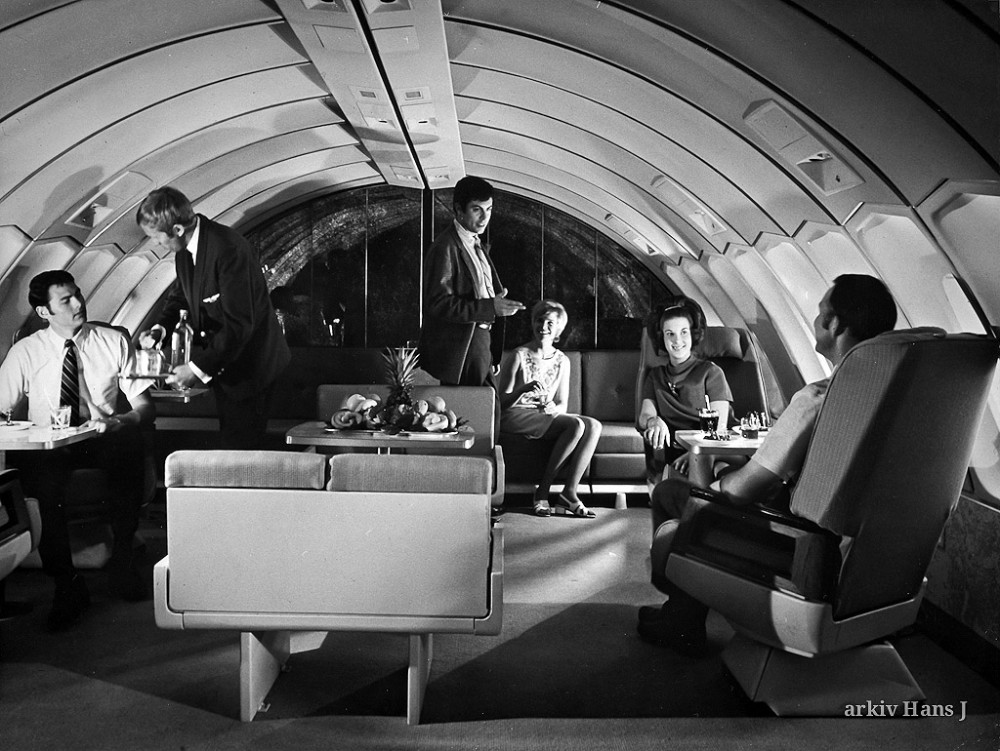 Above: The upper deck featured a lounge — Photo courtesy of Hans Jakobsson 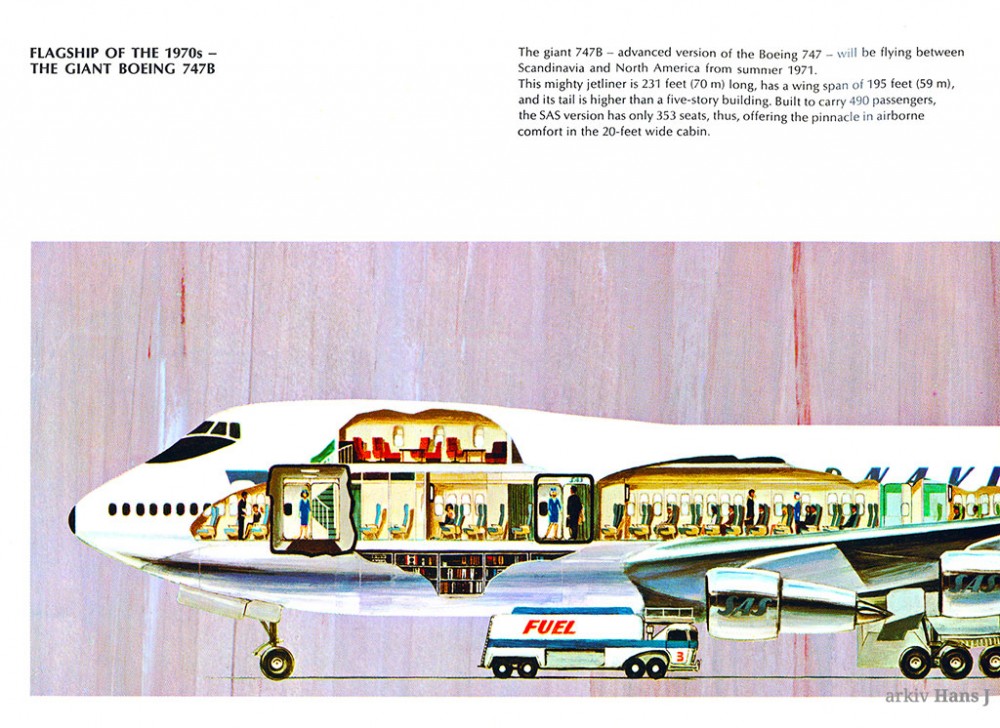 Above: A diagram showing the interior of the SAS Boeing 747 — Photo courtesy of Hans Jakobsson 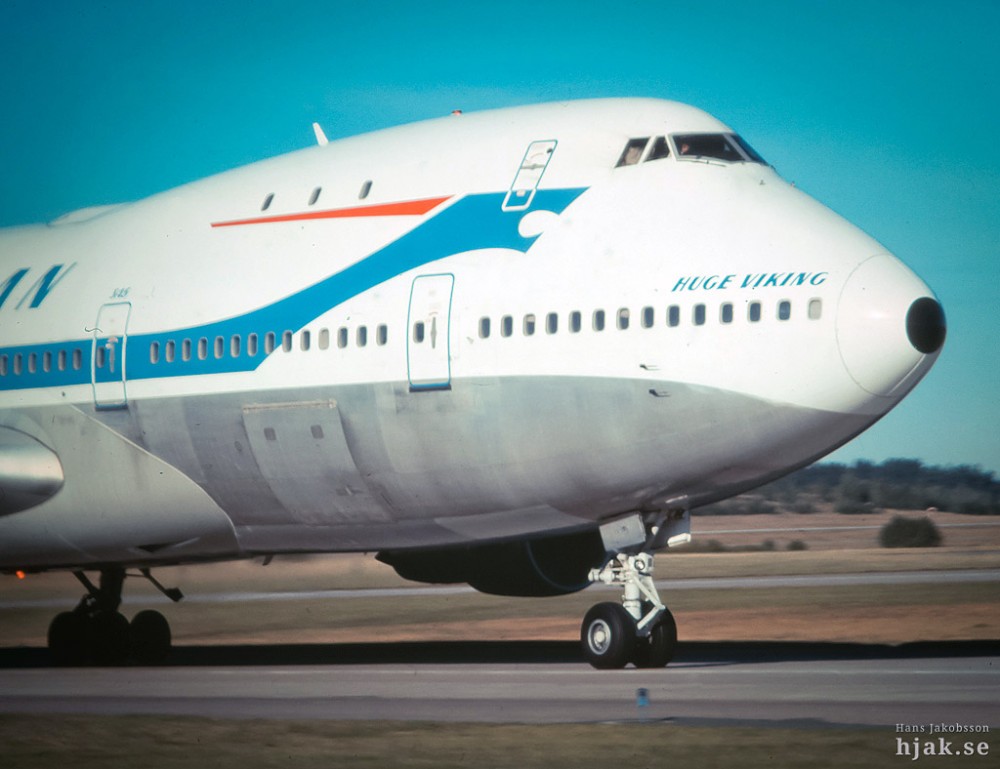 Above: The SAS Boeing 747 preparing to take-off — Photo courtesy of Hans Jakobsson 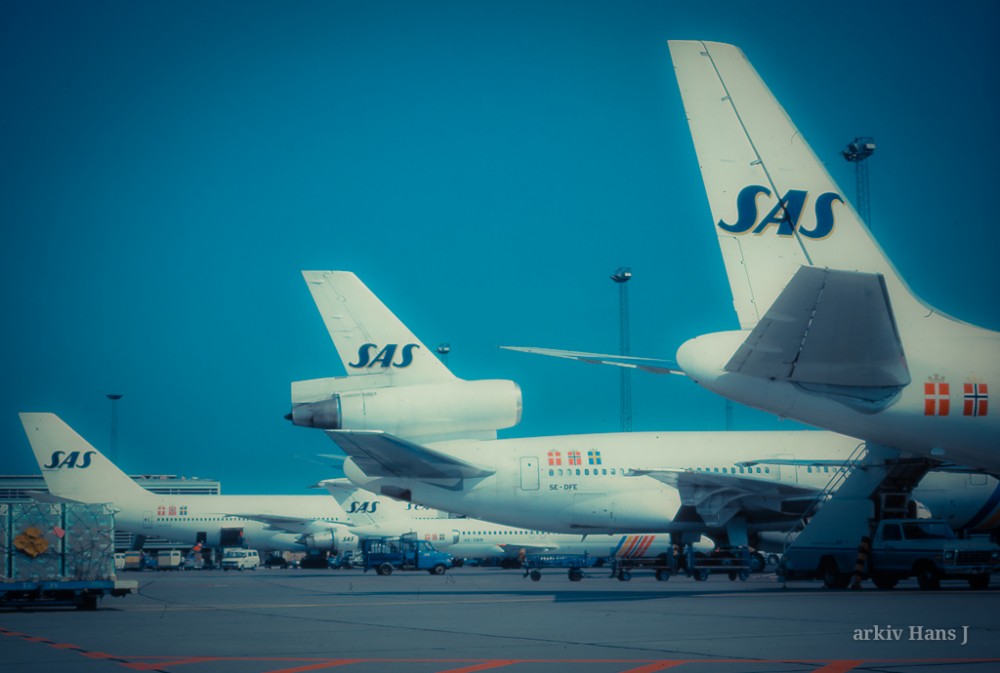 Above: SAS fleet lined up — Photo courtesy of Hans Jakobsson 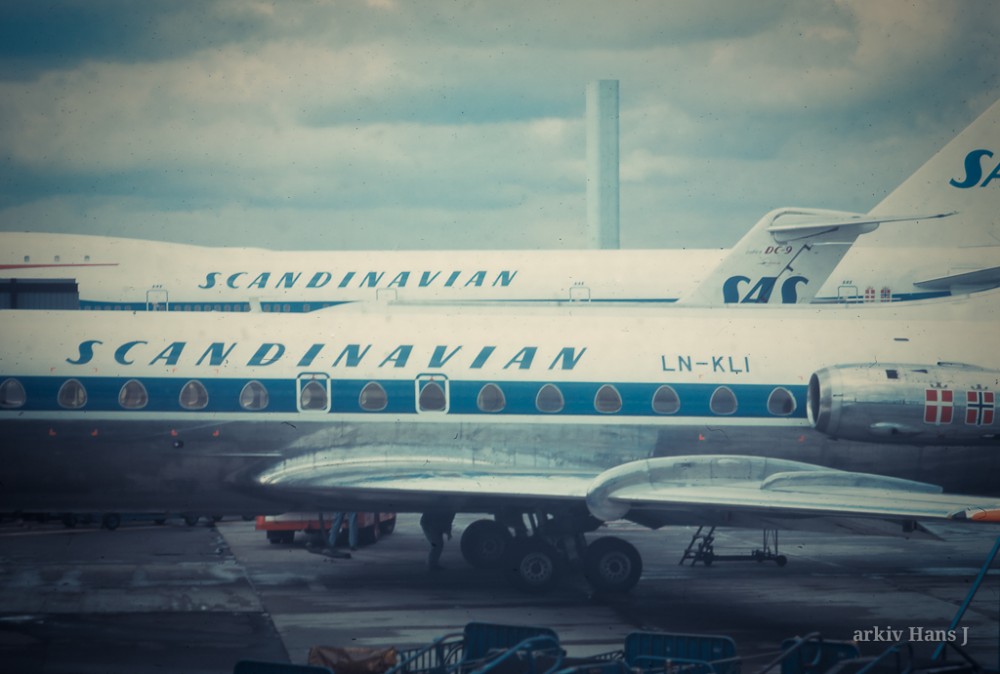 Above: SAS Boeing 747, a DC-9 and a Caravelle. — Photo courtesy of Hans Jakobsson