Home » Travel » Scandinavian Stewardesses Takes Us Into the Jet Age

Scandinavian Airlines (or simply SAS), was founded in 1946, when three Scandinavian transatlantic airlines merged. In the late 1950s, SAS was the first airline to offer round the world service over the North Pole via the North Pole shortcut Copenhagen – Anchorage – Tokyo.

This “polar express” became popular with Hollywood celebrities and production people travelling to Europe. SAS entered the jet age in 1959 when its first jet aircraft, the Caravelle, entered service. They did not opt for the Boeing 707 like so many other airlines.

In 1958, the 23-year-old Swedish SAS stewardess, Birgitta Lindman (seen above), landed the cover of LIFE magazine’s special jet issue about airlines. She beat hostesses from 53 other airlines. In ABC’s television show Pan Am, the voluptuous Laura gets to be on the LIFE magazine cover.

In 1971, SAS put its first Boeing 747 jumbo jet into service, a massive airplane that proved to be way too oversized for the small Scandinavian market of travelers during that period. 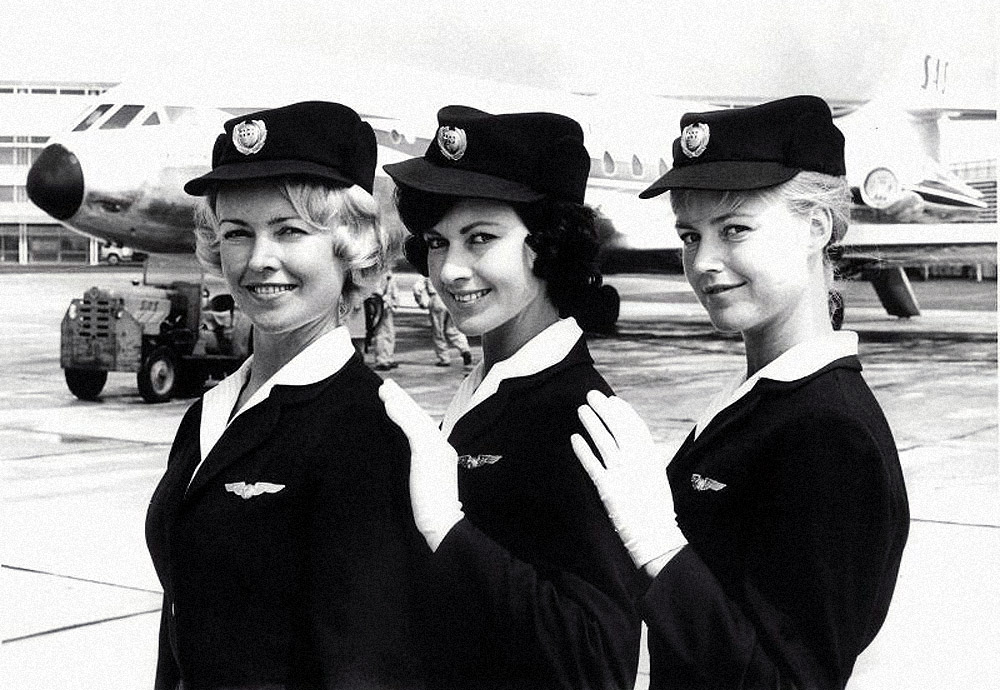 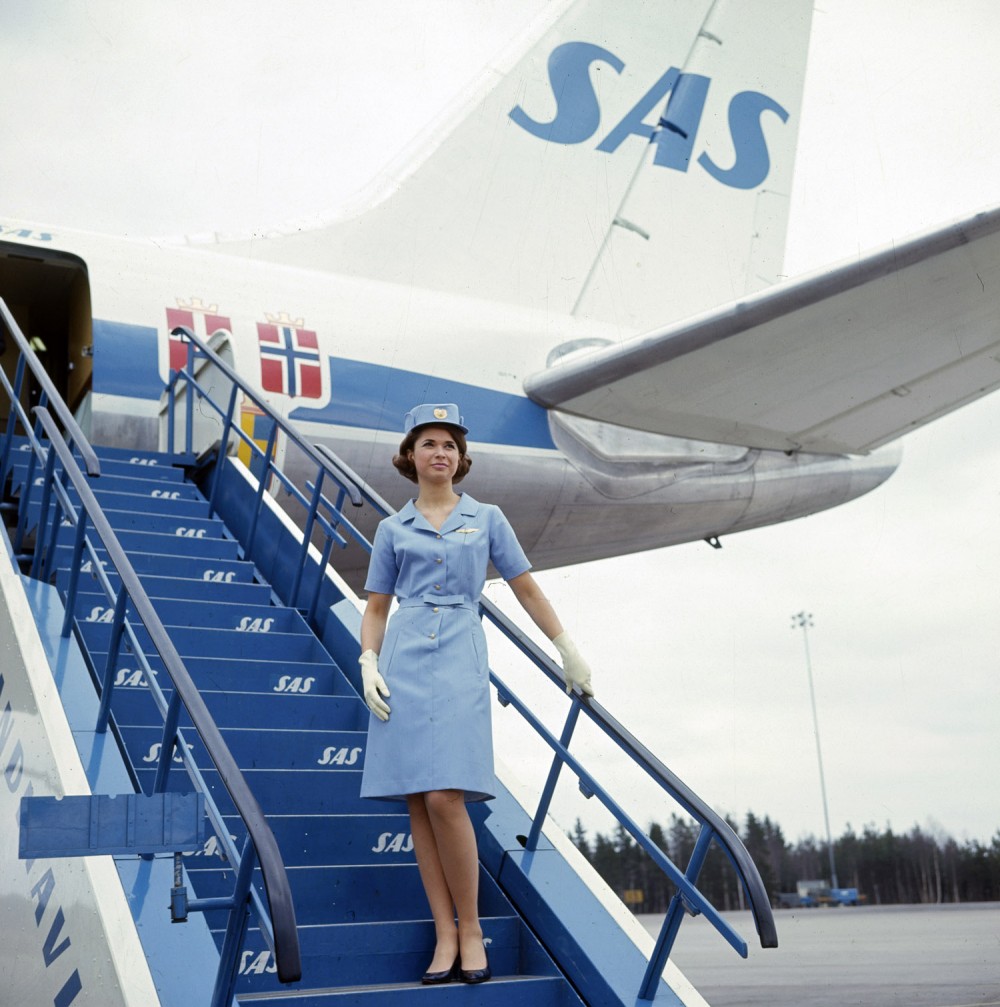 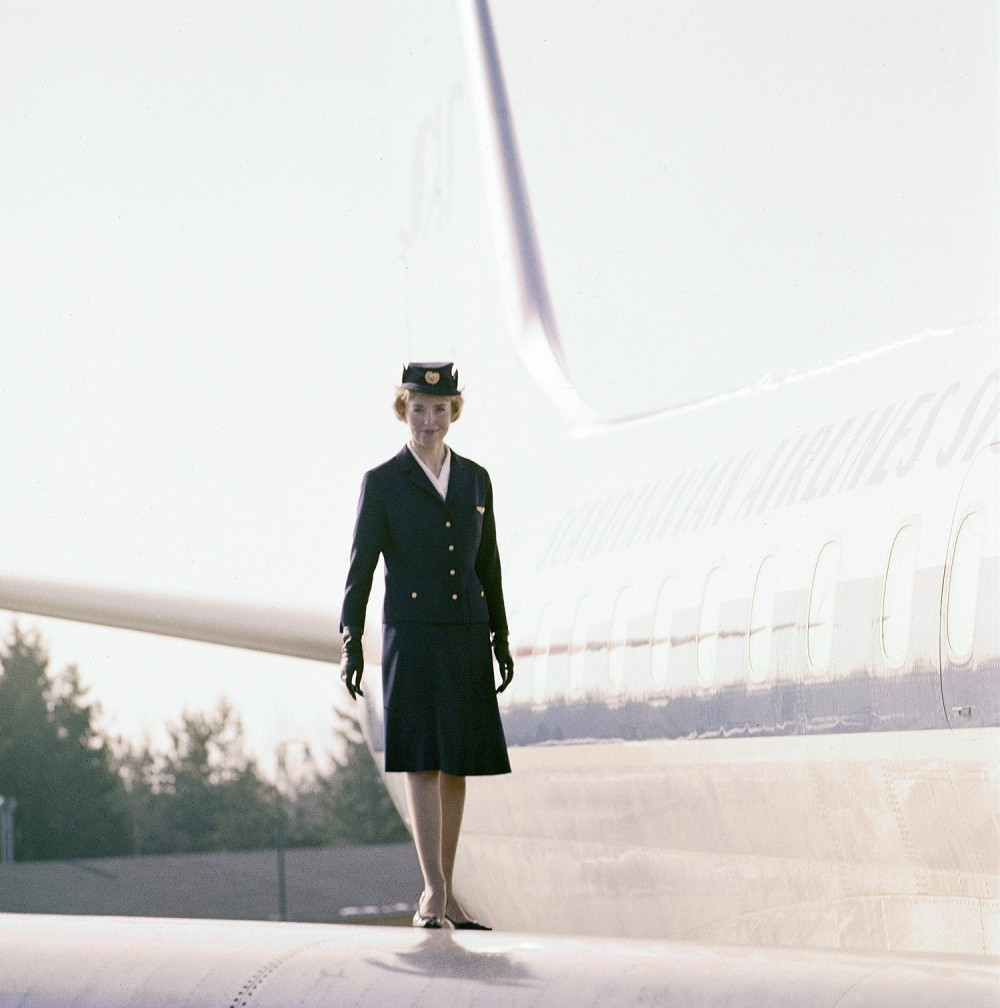 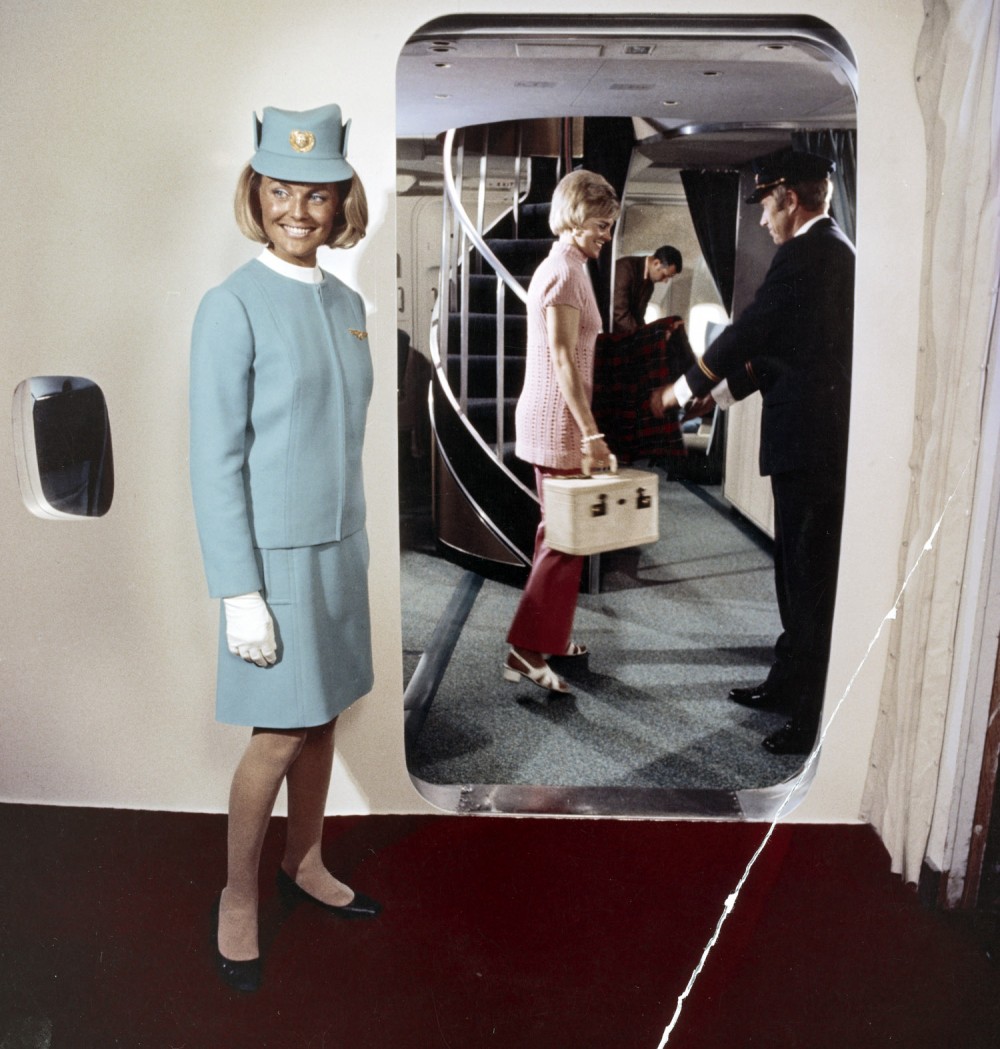 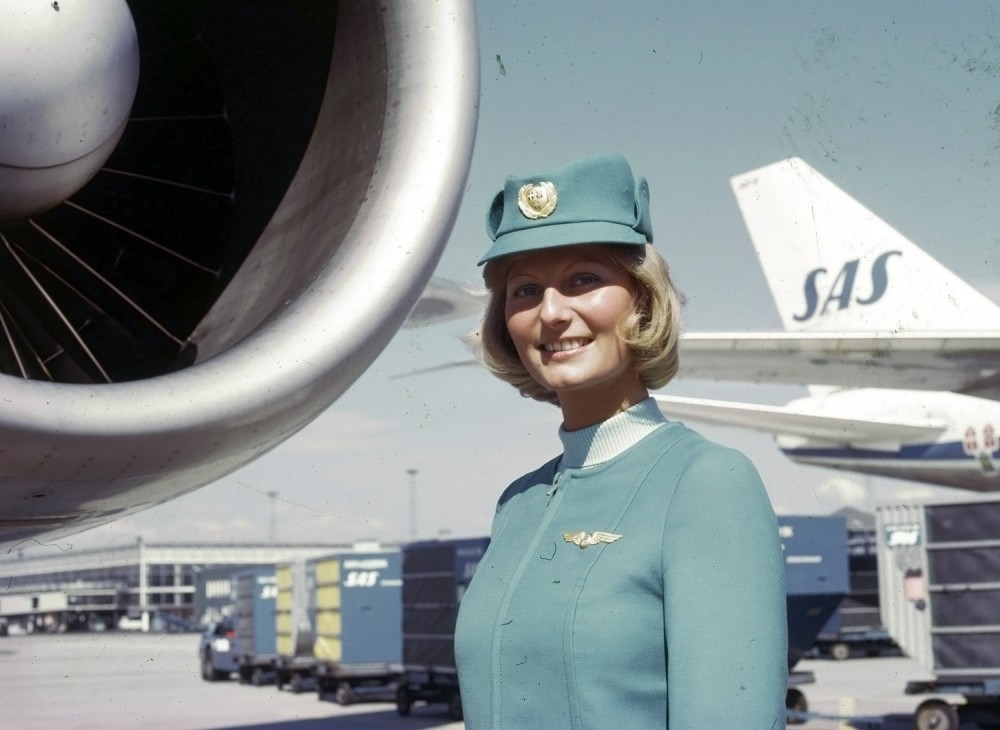 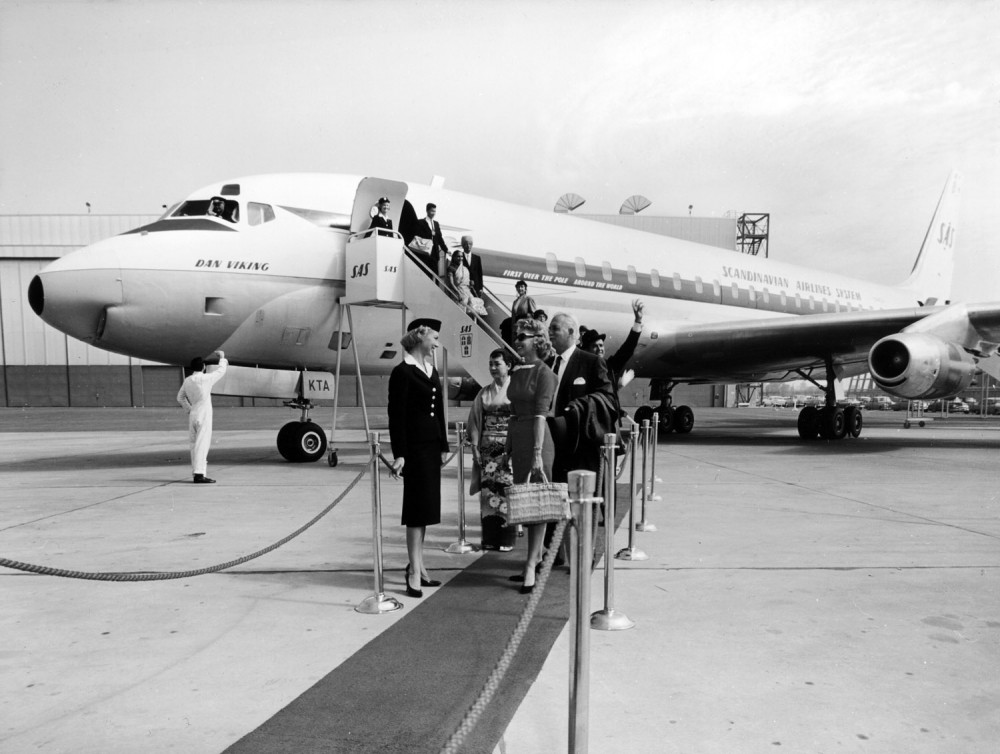 Above: Boarding in style 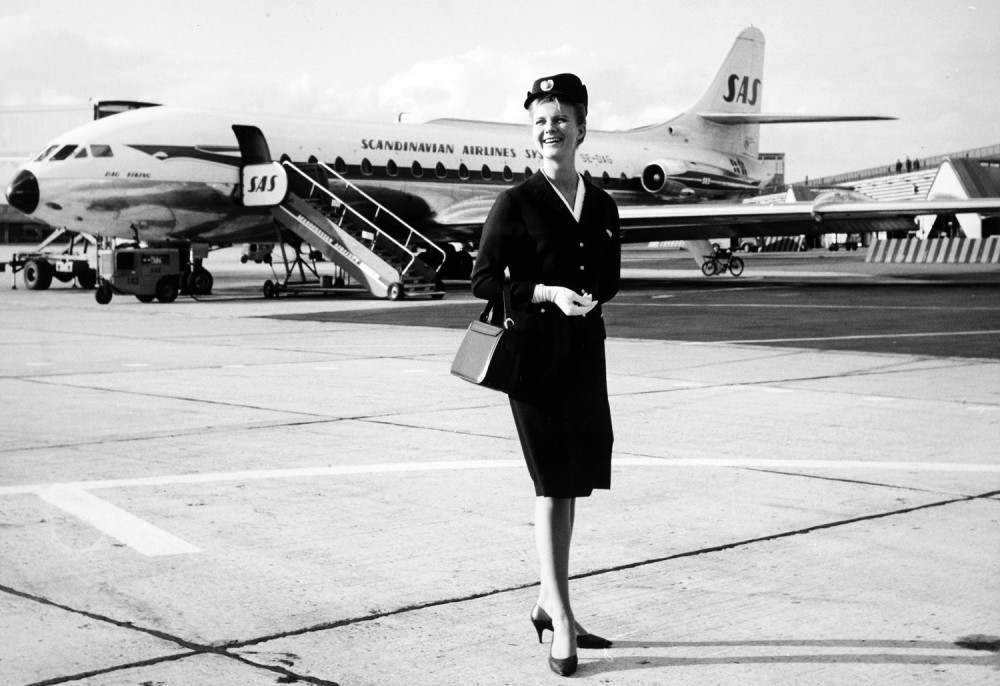 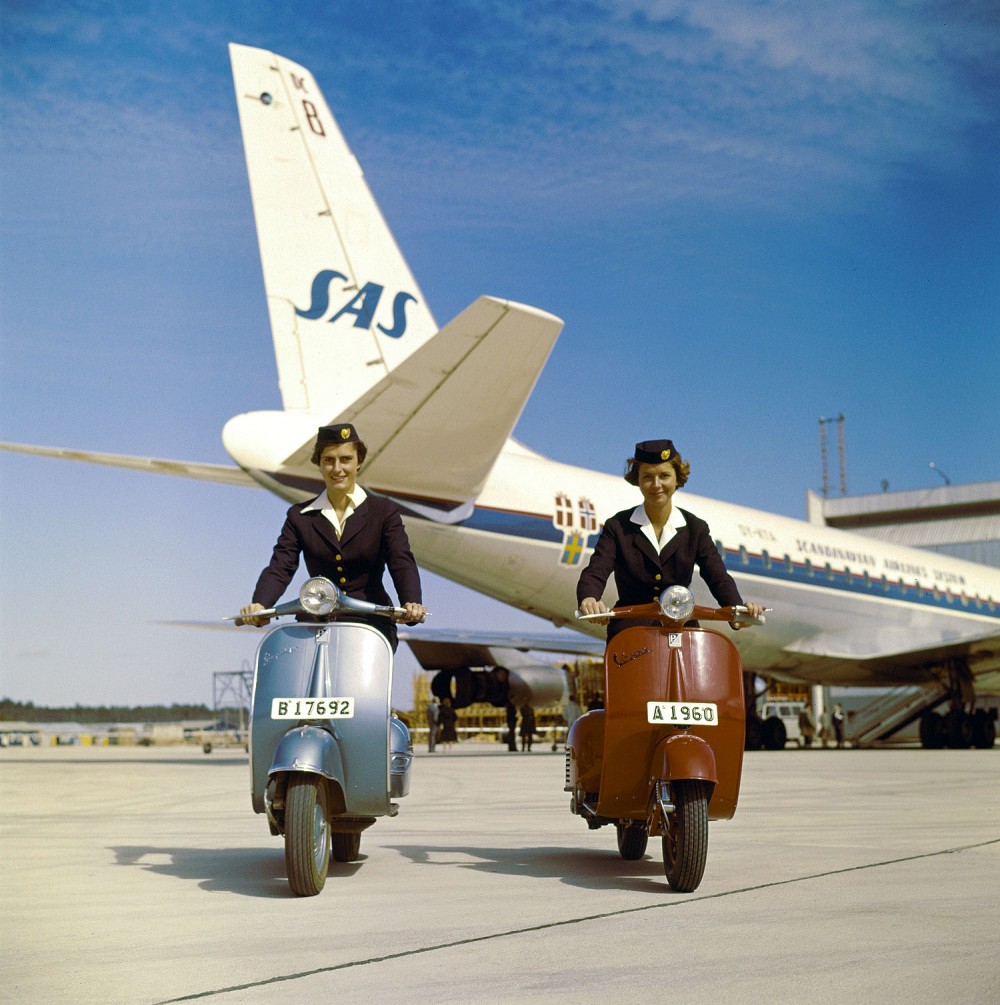