Dulles Airport in 1979 — From http://www.flickr.com/photos/fortfan/

In 1964 my father accepted a job as Press Secretary for Senator Carl Hayden of Arizona, so my family left the Arizona desert outside of Phoenix for the foothills of the great Blue Ridge Mountains of Fairfax, Virginia, approximately thirty miles from Washington D.C. and approximately thirty miles from the newly emerging Dulles International Airport that straddled Fairfax and Loudoun Counties.

Northern Virginia was in the beginning stages of development and I spent endless hours exploring the nearby woods and out of the way places that still seemed to have a timeless and genteel Southern appeal to them. But it wasn’t until one early Saturday morning on a summer day in 1966 that I recall my first true glimpse of modern architecture.

My father roused me from sleep for a trip to “see the sunrise” as he called it, a tradition he had started with three of my brothers and I when we lived in Arizona. Getting one on one time with Dad was rare and considered a treat for any of us lucky enough to get chosen for a sunrise outing. It was also a chance for him to enlighten us about something or someone he was particularly enthusiastic about. He would bring one or more of us to accompany him while the sun came up and treat us to breakfast and then we would view either a nearby landmark, natural setting, or in my case, a modern masterpiece designed by Finnish architect, Eero Saarinen.

My father’s enthusiasm for Saarinen’s work was fueled in part by a friend who was finishing architect school at MIT and who had been a colleague of his during their undergraduate years at the University of Iowa. John had come to visit earlier in the year and had introduced our family to the magnificent Dulles structure. “He especially liked that the ceiling suspended from those huge inverted hook-like pillars, and he delighted in those motorized passenger trams that moved people from the terminal out to the tarmac to awaiting planes” (R. Greenwood Interview 5/18/13).

In those days Dulles was considered by many in Congress to be a white elephant and hardly any international flights departed or landed there, plus it was extremely difficult to reach from Washington D.C. as the roads had yet to be developed. Opened in 1962, it seemed a bit of outerspace in the middle of a pastoral setting, something from The Twilight Zone.

On that early Saturday morning, there were few people present and we explored the entire airport with complete freedom. My father guided me down the escalators, despite my fear that they would grab a toe and suck me in. On the lower level we stopped at the penny pool and Dad handed me a penny so I could make my wish and then we sat on those fantastic Eames style chairs to view the outside tarmac. Perception is everything and in my eight year old eyes, the terminal seemed to go on for infinity. I felt as though I could run and run with my arms wide open just like the airplanes outside and never land.

Many years have passed since my first encounter with Saarinen’s architectural wonder. Now called Washington Dulles International Airport, it continues to expand while the simple foothills of the Blue Ridge have evolved into bedroom communities filled with shopping plazas, housing and complicated highway systems. But for me, Dulles will always represent a Saturday I spent with my father and a Saturday where I learned to appreciate what man is capable of creating when he has a dream and a belief in himself. 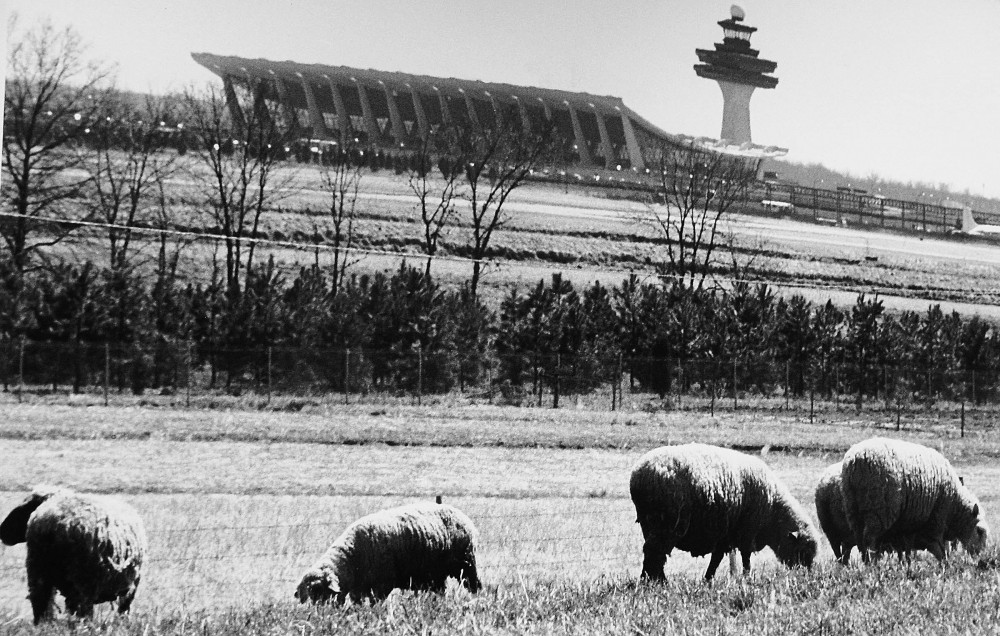 Above: Dulles Airport with Sheep 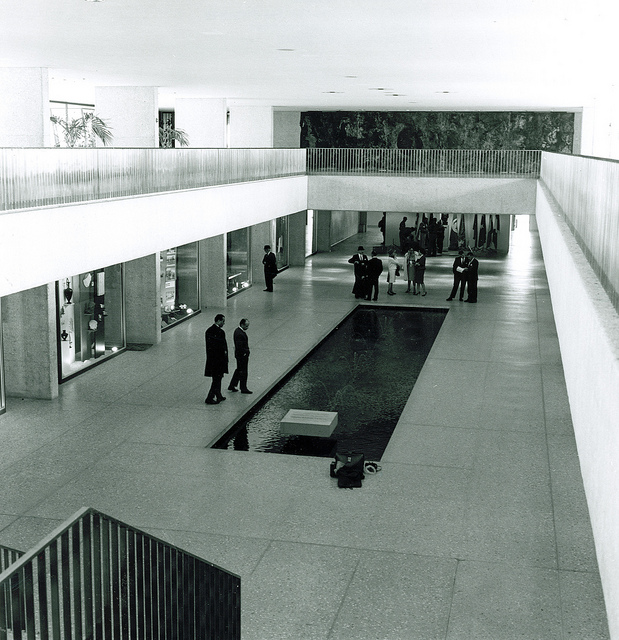 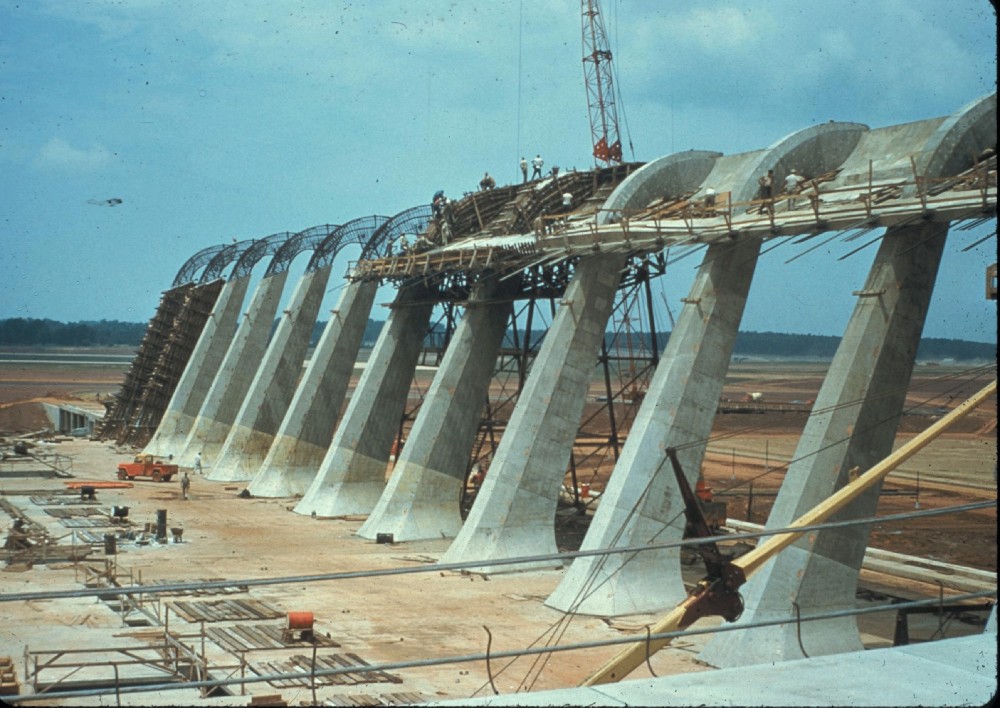