Flying, as we know it, began with the Boeing 707. This was the airplane that leaped us into the ‘Jet-Age‘. Today’s millions of air-travelers can hardly imagine what a jump in performance, comfort and safety the 707 provided.

At twice the speed of previous propeller driven airliners, the 707 also flew at almost twice the height. Far above the annoyances and hazards of the ‘weather‘ below. With much fewer moving parts it’s jet engines were much quieter for the passengers and free of the constant buzzing vibration of propellers and pistons.

Airline transportation did not start to become a big business until the middle 1930’s with the introduction of the Douglas Commercial ‘DC-3‘. Trains were the standard of transportation across the world and air travel was expensive and adventurous. Beginning service in 1936, the DC-3 was a two engine propeller driven airplane that could, on a good day, move about 30 passengers at 200 mph for 1,000 miles. Unlike previous airplanes used for passenger service the DC-3 was reliable and safe.

With the start of World War II the Douglas airplane company continued to produce bigger and better ‘transport‘ aircraft while the fledgling Boeing company began a series of advanced and highly successful bomber designs. Boeing ended the war, literally, with it’s sophisticated B-29 ‘Superfortress‘. (It was B-29 bombers that dropped the atomic bombs on Japan.)

With WWII over the world was very different, and so was flying. Great advances had been made in the science of aviation, including the jet-engine. Douglas continued to dominate the commercial market with new four engined propeller airliners, much faster and larger than the pre-war DC-3. But Boeing had learned a lot building high flying ‘heavy‘ bombers and continued military development of radical swept wing designs powered by jets.

Meanwhile across the Atlantic, the British, who had been the original pioneers of the jet-engine, were racing to get the first jet powered airliner into service. The ‘Comet‘, built by DeHavilland, started Trans-Atlantic flights in 1954. Unfortunately the early British design suffered several tragic and widely publicized disasters and they lost their head-start.

The Boeing company had received funding to build a large, four-engined jet, that could be used for air-to-air refueling of their fleet of already flying jet bombers. In 1954 the ‘Dash-80’ prototype was rolled out as the answer to the US Air Force’s need for an airborne gas-station. It was also the prototype for the world’s future of civil air transport.

While working non-stop to fulfill it’s military order, Boeing began changes and modifications to the Air Force tanker design which would transform it into the legendary ‘707‘. With the early challenge of the British Comet forestalled the competition came only from venerable air-transport producer Douglas. Their DC-8 design was similar to the 707 but Boeing had more experience with large high-flying jets and the muscle of military funding for the tanker. In late 1958 the first 707’s were delivered to Pan-American Airlines and the ‘Jet-Age‘ had begun.

Beyond the history and the engineering, the Boeing 707 was a remarkably beautiful airplane. It was sleek and graceful beyond anything it’s grumpy ‘prop‘ fore-bearers could hope for. With it’s swept-back wings and pointed nose it looked like it was flying even as it sat on the tarmac. It’s sound was a mind-numbing scream, or at a distance, a roaring rocket to the moon. “Air-Force One” with it’s gleaming white, blue and chrome livery was the 707 of the American Presidency and it’s ultimate power of doomsday or deliverance. It’s name, which never changed from the simple model number, looked streamlined and futuristic. Saying ‘Seven-Oh-Seven’ felt swank and seductive. The 707 didn’t just take us to a place, it took us to the future.

Overnight, the four engined propeller transports, lumbering along at their turbulence filled altitudes below, seemed like clanking, smoking, bumping trains from a fading era. 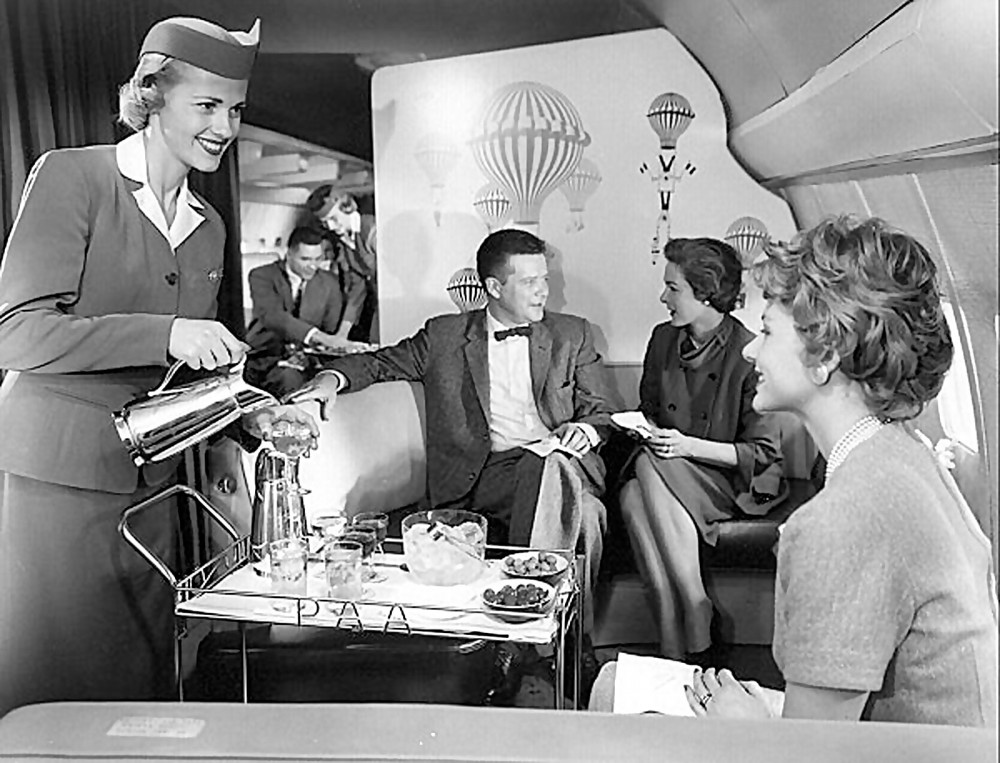 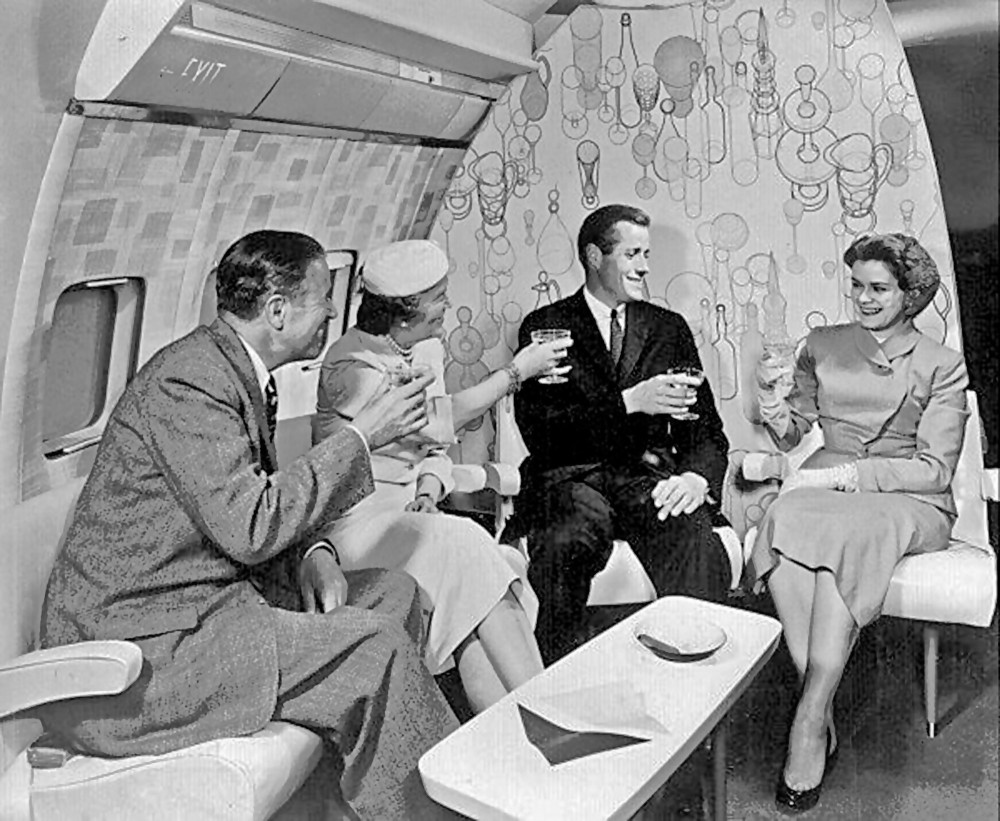 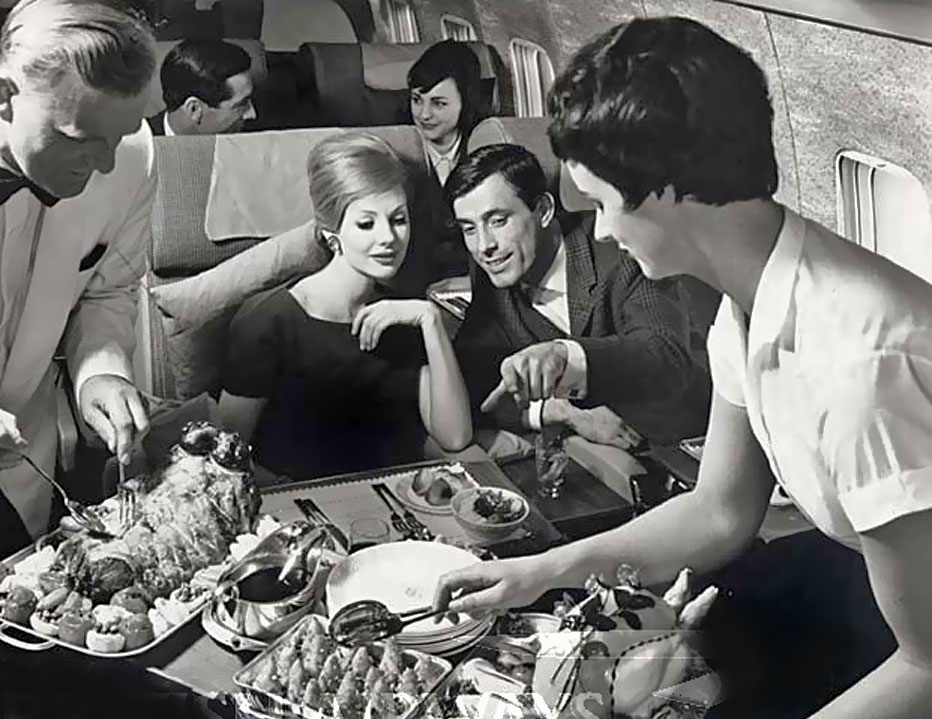 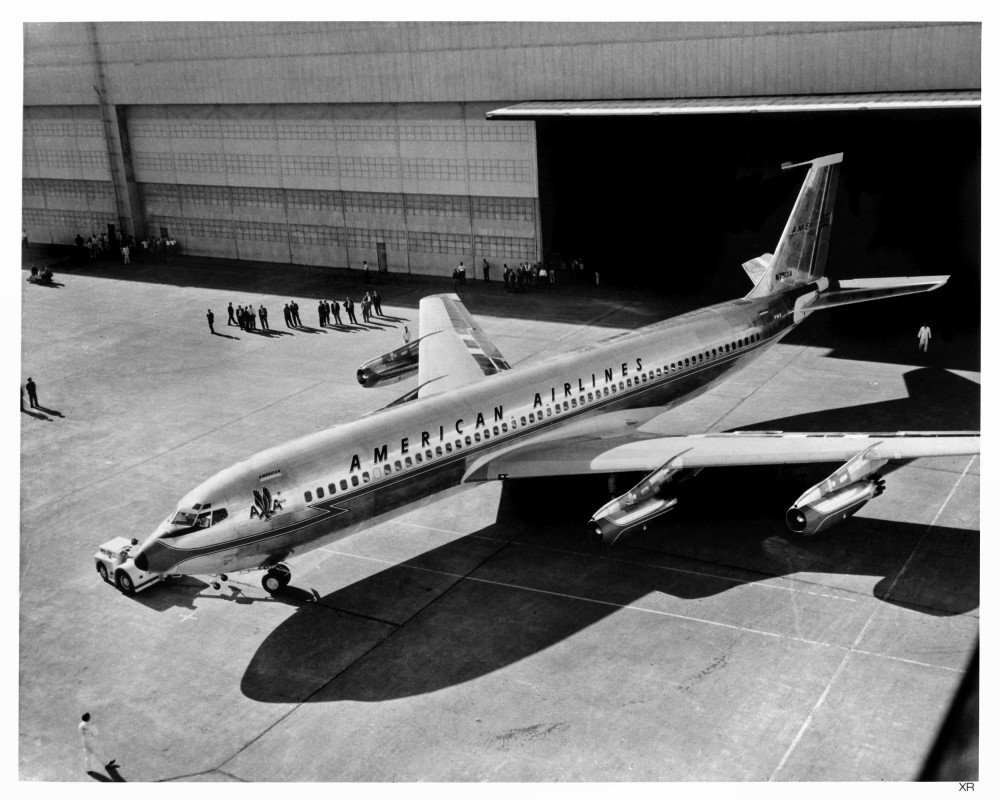 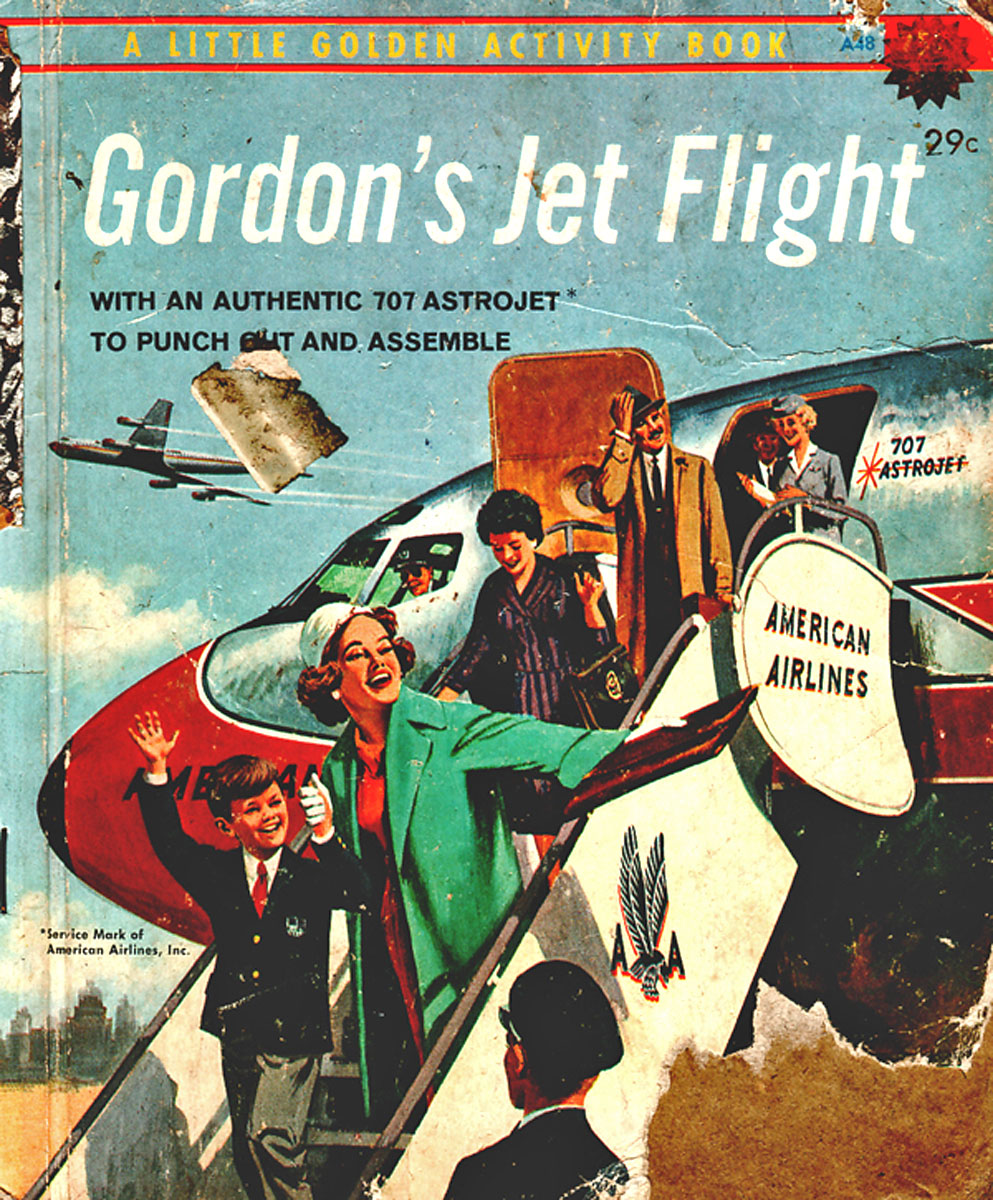 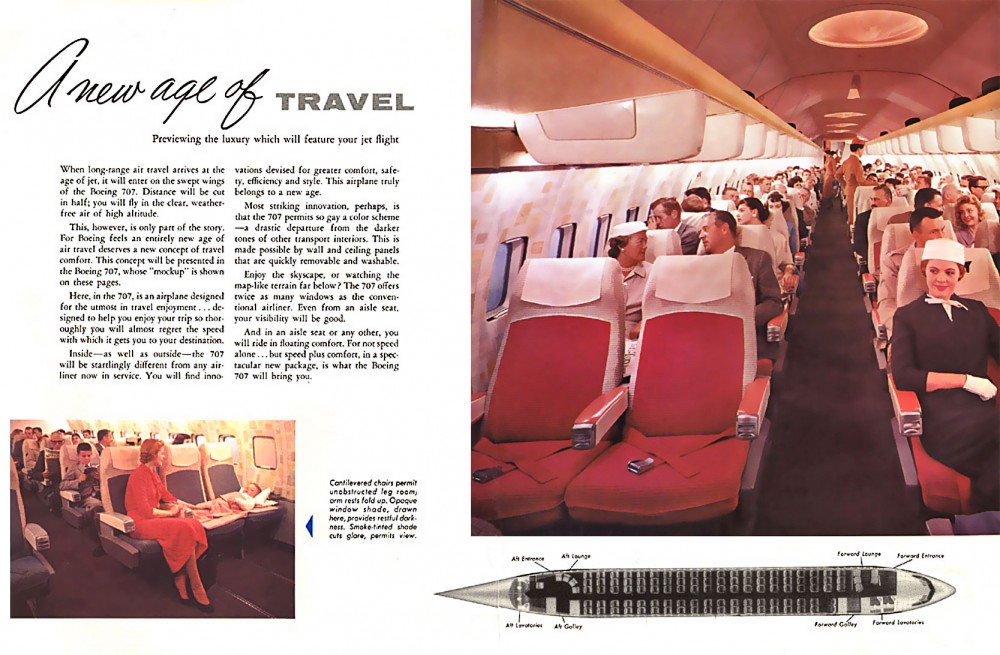